The most dangerous "Buffalo" in the world. BTR Buffel 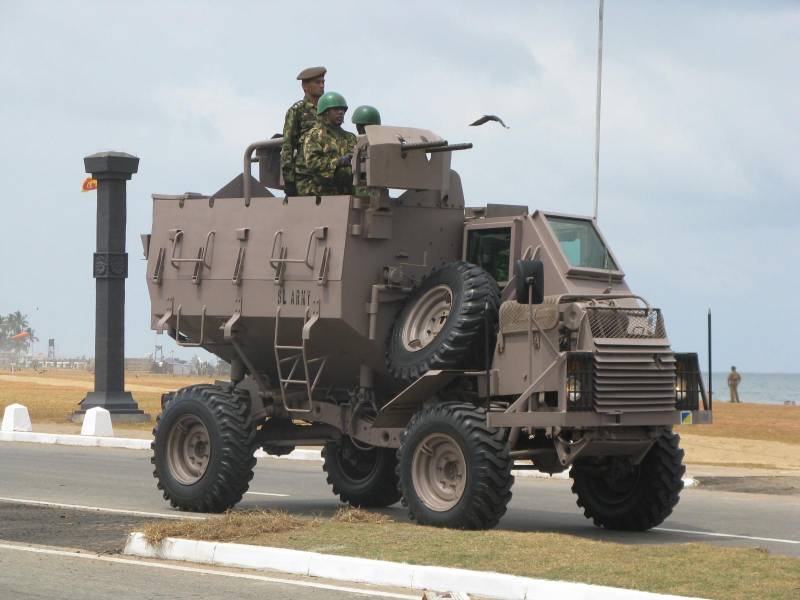 Combat buses. If a competition for the worst armored car in stories, then Buffel, created by South African designers, would certainly compete in it for first place. Formally, this "Buffalo" from South Africa belongs to the class of MRAP - armored wheeled vehicles with mine protection. But in fact, in the 1970-1980s it was used by the South African military as an armored personnel carrier. Fortunately, the machine could easily transport up to 10 paratroopers in an armored body, which also makes it easy to include this model of armored vehicles in the series of articles “Combat buses”.

The creation of the Buffel armored vehicle

Speaking of wheeled armored vehicles of South Africa, it is necessary to touch on the country's history. For a long time, including after the end of World War II, the main supplier of arms for the then South African Union (South African Union, the name of the country until 1961) was Great Britain, which was quite logical. Thus, throughout the 1950s and 1960s, the British “Saracen” was the main armored personnel carrier of South Africa. However, the deterioration of relations with Britain, the policy of apartheid, the formation in 1961 of an independent Republic of South Africa, which left the Commonwealth, led to a cooling of relations between London and the former dominion.

South Africa had to quickly look for other arms suppliers, as well as develop its own military industry. Already then, in the 1960s, the stake was made primarily on wheeled vehicles. At the same time, wheeled armored vehicles were not only simpler in production, the theater of operations played a much larger role, replete with deserted impassability and sandy terrain. The country needed combat vehicles capable of operating effectively in the conditions of arid impassability. The sandy landscape forced to abandon the tracked chassis, which quickly wore out under such conditions. The stake was made on wheeled vehicles with high tactical mobility, maneuverability, speed, ease of maintenance and transportation in areas that were extremely poor on the railway. In these conditions, South Africa created the world's first wheeled infantry fighting vehicle Ratel, as well as a large number of wheeled armored personnel carriers and MRAPs, which still remain the hallmark of the state in the global arms market. 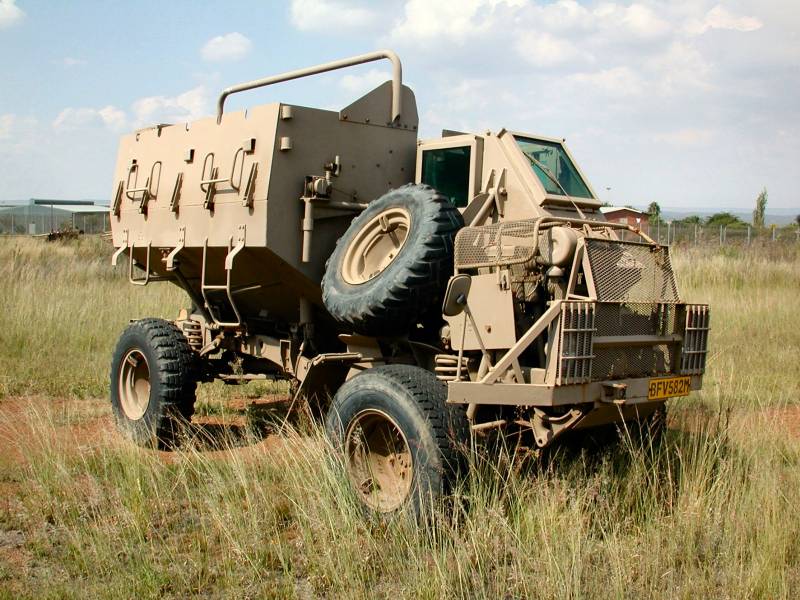 The development of new armored vehicles was seriously pushed by a major military conflict that went down in history under the name of the South African Frontier War. The fighting was conducted mainly in the territory of Angola and Namibia and lasted from 1966 to 1989. The fighting was accompanied by the widespread use of anti-personnel and anti-tank mines, as well as various improvised explosive devices, which prompted the South African military to create special armored vehicles that were well protected from mine explosions. The widespread use of mines was due to the fact that South African opponents chose the guerrilla warfare more suitable for them, since in an open battle it was extremely difficult to resist the regular army. Then the real headache of the South African military was the Soviet mines TM-57 (anti-tank mine with 6,5 kg of explosives), which were massively installed by rebels on the roads.

The new Buffel combat vehicle, commissioned by ARMSCOR in the 1970s, was a response to the challenges of the times and the threats that the South African army and police constantly faced. A 4x4 vehicle was built in a short time to meet the requirements of the Ministry of Defense for an armored personnel carrier with mine protection. The combat vehicle was planned to be sent to the armament of the army units, primarily infantry. In total, about 2,4 thousand such combat vehicles were produced during production, which were also exported. For example, to Sri Lanka and Uganda. It is known that in the Sri Lankan army such fighting vehicles and their upgraded versions are still in service, and in South Africa by 1995 they gave way to a more advanced technique - the Mamba family of wheeled armored vehicles.

The new armored car, manufactured by ARMSCOR, got its sonorous name Buffel (in Boer language) in honor of the African buffalo, an animal, despite its herbivore, quite ferocious and even more terrible than a lion. Moreover, the APC itself also had a distant resemblance to a buffalo. In fact, it was the "Buffalo" that became the first successful armored car that was widely used by numerous army patrols. One of the main requirements of the military for the new machine was protection against undermining on the TM-57 anti-tank mine or its equivalent, detonated under the machine anywhere, as well as protection against undermining of two such mines under any of the wheels. And the designers from South Africa coped with this task. 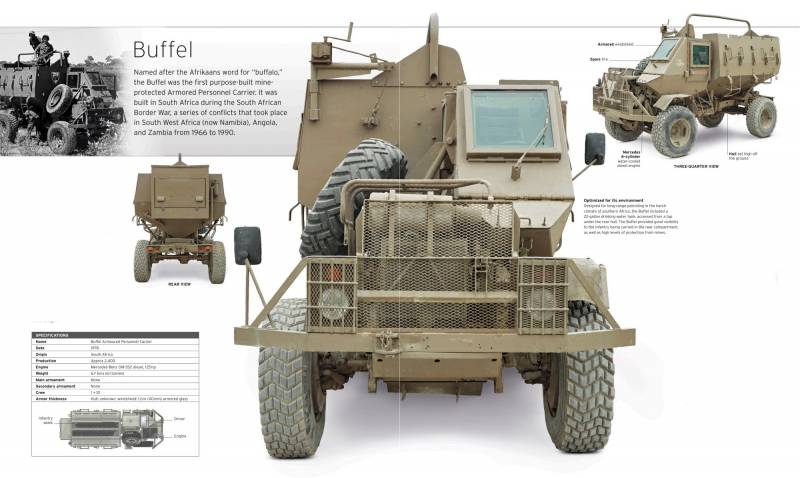 The designers took the chassis of an all-wheel drive truck as a basis for creating a new armored vehicle - a fairly common solution. Fortunately, a suitable copy was available - it was an all-wheel drive Mercedes-Unimog model 416/162. The use of a time-tested chassis not only positively affected the reliability and durability of an unusual armored personnel carrier, but also provided the machine with good tactical and technical characteristics, primarily mobility. It was also important that earlier on the Unimog chassis one of the variants of the mine truck had already been created, which received the designation Boshvark and released a small series of several dozen units.

The layout of the new armored vehicle, designed to transport 10 fighters, was as follows. At the front was a diesel engine. The driver sat higher and was located on the left side relative to the power plant. His workplace was located in an armored cabin, which was equipped with thick bulletproof glass in front and on the sides. There was one small door in the cockpit, as well as a hatch in the roof of the hull, which was either solid or double-leaf and could also be used for evacuation from a combat vehicle. To the right of the engine compartment on most armored vehicles was usually a spare tire. An armored body was installed right behind the driver’s cabin - it’s also the airborne compartment open on top. The case itself was made of steel armored plates by welding.

The landing compartment on the first versions of the armored car was open, while 10 soldiers with full equipment could easily accommodate in it. The soldiers sat with their backs to each other facing the sides of the hull. Each of the seats was equipped with seat belts and was designed taking into account the need to absorb the maximum possible energy in the event of a mine or IED explosion. On the first models with an open body over the seats, the designers placed a long longitudinal pipe, which was supposed to protect the landing in the event of a military vehicle coup, and also could serve as a handrail. An unsuccessful decision could include the landing / landing method. It was possible to leave the first armored personnel carriers only along the sides of the hull, on which special steps were located. 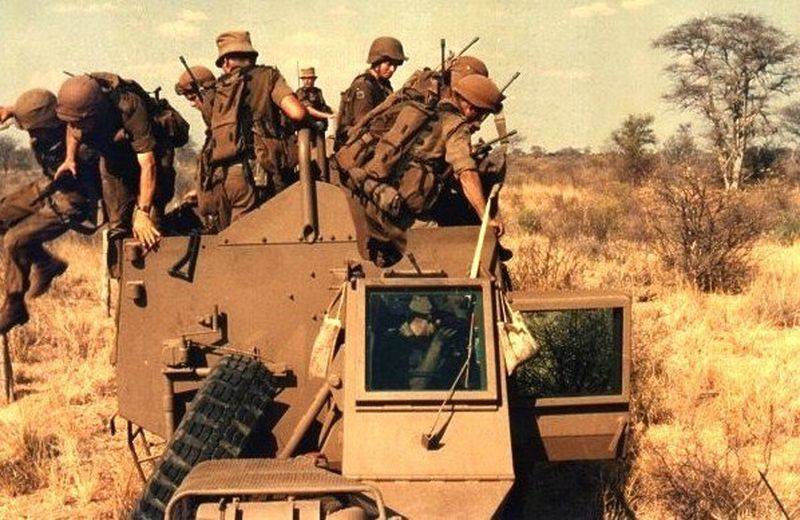 Since the main mission of the machine was to protect the crew and the landing force from undermining, South African designers applied a number of solutions that are common today for all MRAPs. To disperse the shock wave during the explosion, the armored body at the bottom received a V-shape, which today is the hallmark of almost all armored vehicles with mine protection. The second noticeable feature of the armored car was the high ground clearance, and as a result, a high height - 2,95 meters. High clearance was also a necessary element of the mine clearance, since the effectiveness of the blast wave decreases with increasing distance traveled. Some sources claim that 500 liters of water, which could be poured into each of the wheels, provided additional protection against undermining.

The main emphasis during development was on protection against mines, while the body withstood shelling from a light rifle weapons and small fragments of shells and mines. For the conditions of a guerrilla warfare, this was enough, moreover, the most heavy weapons at the disposal of numerous rebels and soldiers of the liberation fronts were machine guns. The combat weight of the car did not exceed 6,14 tons. The maximum length of the APC was 5,1 meters, width - 2,05 meters, height - 2,95 meters. Altitude created additional problems with the stability of the improvised armored personnel carrier and its visibility on the ground. However, the latter factor did not play such a big role in the African theater of operations, where it was difficult to hide somewhere in a savannah as smooth as a table, but from a high object there was a better view, so the enemy could be detected earlier.

The first models were the original 6-cylinder diesel engines Mercedes-Benz OM352, which were later replaced with copies of South African production. The engine was paired with a gearbox providing the armored vehicle with 8 forward speeds and 4 reverse speeds. Engine with a maximum power of approximately 125 hp provided the combat vehicle with good speed characteristics. On the highway, such an APC accelerated to 96 km / h, and over rough terrain off-road it could move at speeds up to 30 km / h. A 200-liter diesel tank under the airborne squad was adjacent to a 100-liter water tank, which was vital for fighting in the African theater. The car had enough fuel to overcome up to 1000 km on the highway, which was an excellent indicator. 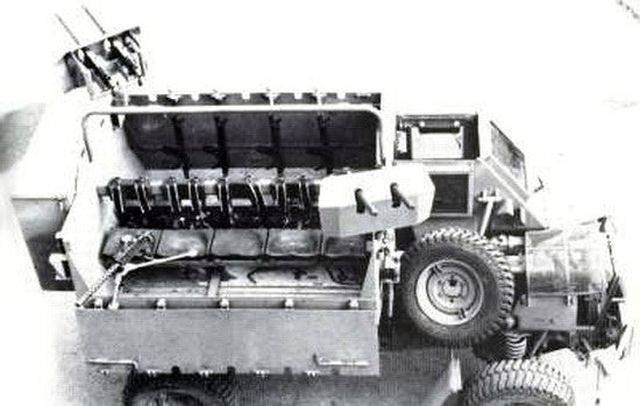 Most of the Buffalos had no weapons, but 5,56- or 7,62-mm machine guns were installed on parts of the vehicles. On some versions it was possible to notice the coaxial machine gun mounts covered with armored shields. Heavier weapons were absent.

Quickly enough, the designers prepared two machine upgrades: Buffel Mk IA and Mk IB. The first model featured an improved engine and a redesigned bumper. On the second model, instead of drum ones, more advanced disc brakes appeared. At the same time, the designers and the military quickly realized that the option of leaving the combat vehicle through the sides of the hull is not the most ideal. And this is, to put it mildly, since the soldiers had to descend under enemy fire from almost three meters high. 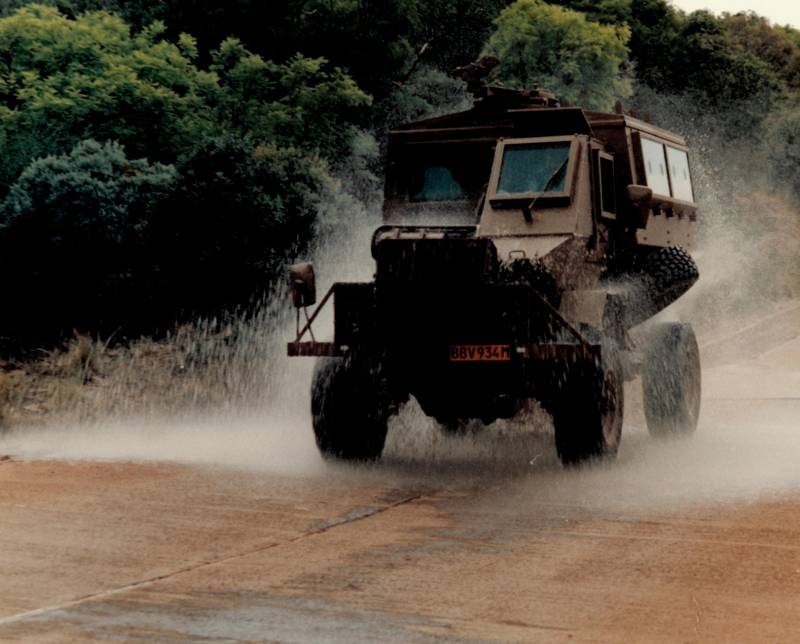 Corrected this serious flaw in the modification of the Buffel Mk II, which received a completely closed landing compartment with a roof, in which the locking hatches were located. In this case, the main method of landing and disembarkation on this model was the door located in the aft armored plate of the hull. Also, based on this model, an armored cargo carrier was made, from the body of which all seats were dismantled. Such a truck could easily transport up to 2,6 tons of various cargoes, and was also used as a tractor for light guns.