November 3 2019
82
"Combat buses." The first Soviet armored personnel carrier, which was launched into serial production, appeared in the country after the end of World War II. The design of the car was started by the designers of the GAZ automobile plant, which already in the 1948 year were able to present the BTR-40 light armored personnel carrier to the military. The new combat vehicle was created using components and assemblies of the GAZ-63 all-wheel drive truck. 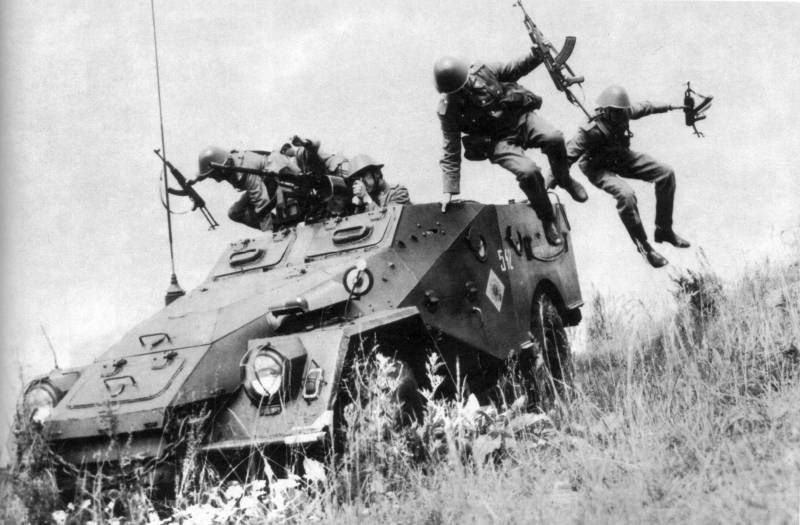 On the way to the first armored personnel carrier

Before the outbreak of World War II, the Soviet Union did not have its own armored personnel carrier, but there were a huge number of armored vehicles with both cannon and machine gun armament. The experience of hostilities quickly demonstrated that the troops are in dire need of a specialized vehicle that could be used as part of mechanized and tank units for the transport of infantry. During the war years, they tried to somehow solve this problem by using armored artillery tractors "Komsomolets" for unusual purposes, the number of which in the troops melted like ice on a sunny spring day, captured equipment, as well as lend-lease supplies. In particular, the Soviet Union received more than three thousand American light armored personnel carriers M3A1 Scout under Lend-Lease, but this amount was clearly not enough. 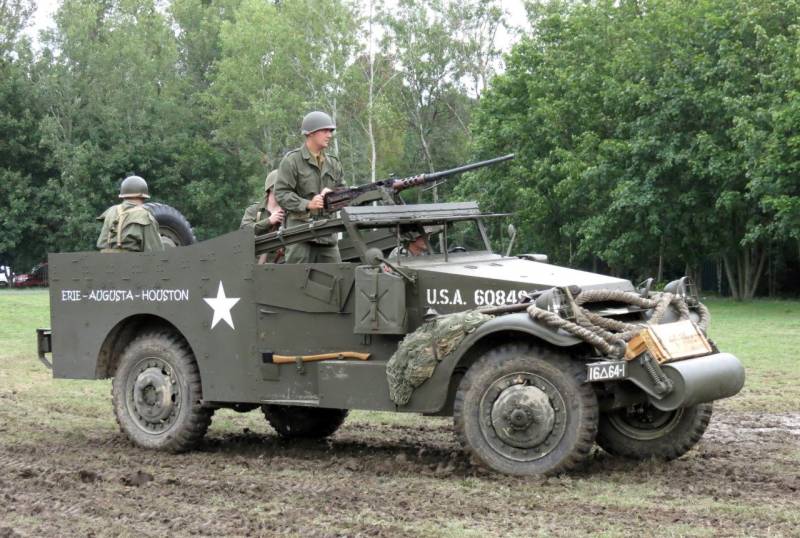 The big problem that prevented creating your own armored personnel carrier during the war was the Soviet industry being overloaded with the production of tanks and various types of self-propelled artillery, there was simply no free capacity for deploying production of armored personnel carriers in difficult conditions. In the end, until the end of the war, it was possible to observe the picture when the Soviet motorized infantry moved on the armor of tanks. Placing soldiers on the armor was a necessary measure and was only suitable for transporting troops without active opposition from the enemy. Soldiers who were stationed on tanks without any protection were easily vulnerable to small arms fire. weapons and fragments of shells and mines bursting nearby.

It is worth paying tribute to the designers of the Gorky Automobile Plant, who did not blindly copy the M3A1. Having retained the general concept and layout model, the outwardly Soviet armored personnel carrier was seriously different from the American Scout. To enhance the armor protection, the front and upper armored plates of the combat vehicle body were placed by designers at a large angle. Gorky also abandoned the buffer roller in front of the machine, replacing it with a winch. The fundamental difference from the American light armored personnel carrier frame design was the use of a bearing armored corps. 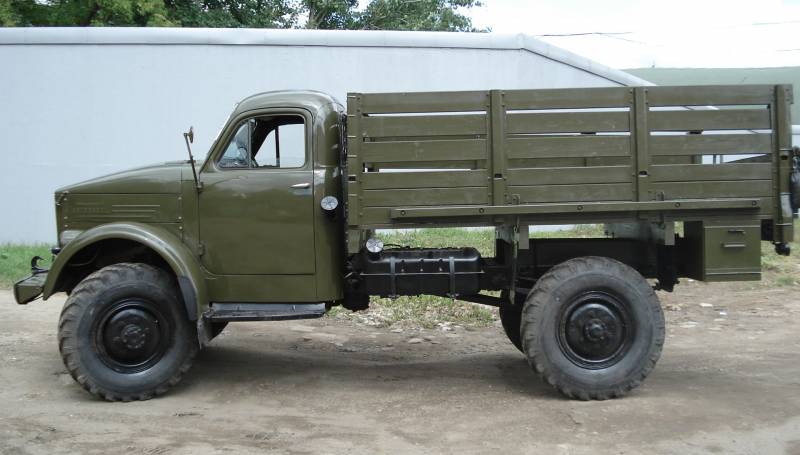 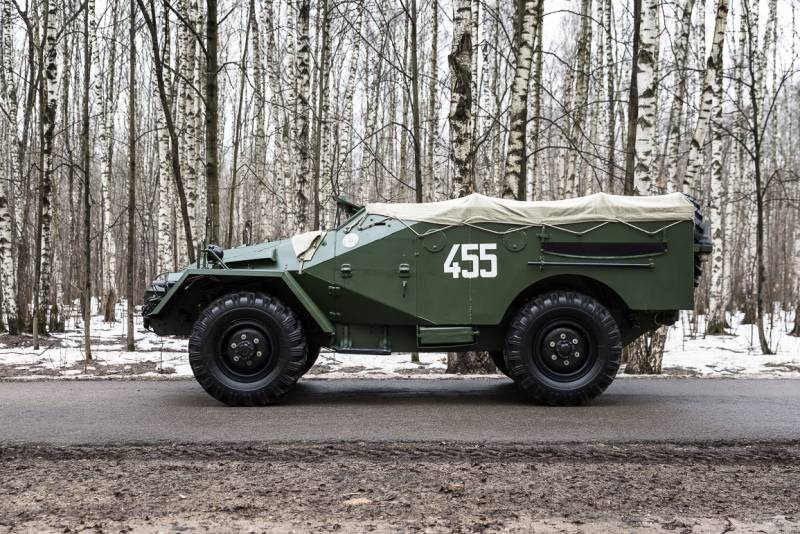 The armored personnel carrier received a box-shaped carrying armored hull open from above. The hull was welded and made of armored plates with a thickness of 8 mm (side) and 6 mm (feed). The most powerful reservation was in the frontal part of the car - from 11 to 15 mm. For landing and disembarking the crew, the landing party used a double-wing door in the rear wall of the hull, and the paratroopers could always leave the armored personnel carrier simply by crossing the sides. Small hinged doors were made in the hull for landing and disembarking the crew on the sides of the control compartment. To protect from the weather, a tarpaulin awning could be pulled over the top of the hull.

The new armored personnel carrier inherited bridges from the GAZ-63 truck, which were suspended on semi-elliptic leaf springs and additionally equipped with double-acting shock absorbers. Also, the armored personnel carrier received the same transfer case, combined with a gear with direct and lower gears. The driver had the opportunity to disable the front axle. At the same time, the frame design, as already noted above, the designers refused. This allowed to reduce the length of the machine body to 5000 mm, and the wheelbase of the BTR-40 was reduced to 2700 mm. For the GAZ-63 all-wheel drive truck, these figures were 5525 and 3300 mm, respectively. 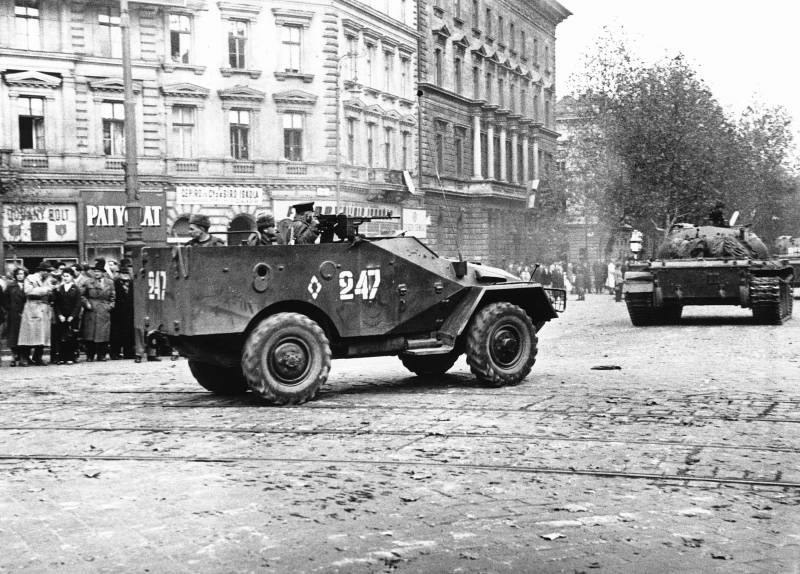 The heart of the armored personnel carrier was the inline six-cylinder GAZ-40 engine, which was a variant of the boosted GAZ-11 engine mounted on a GAZ-63 truck. The motor received a new carburetor, and its power increased to 78 hp. This power was enough to disperse an APC with a combat mass of 5,3 tons to 78 km / h when driving on a highway, over rough terrain the car could move at a speed of up to 35 km / h. Despite the fact that the thrust-weight ratio of the car was quite low (approximately 14,7 hp per tonne compared to the 20 of the M3A1 equipped with a more powerful engine), the APC could also carry a two-ton trailer, which made the light armored vehicle very versatile. Also, the BTR-40 could easily climb steep slopes of up to 30 degrees, ditches up to 0,75 meters wide and fords up to 0,9 meters deep.

The standard armament of the light armored personnel carrier BTR-40 was the 7,62-mm machine gun Goryunov SG-43 with ammunition from 1250 cartridges. In addition, paratroopers could use their own small arms for shooting: AK assault rifles and SKS carbines. It was possible to fire at the enemy through 4 embrasures in the sides of the hull, as well as over the side of the combat vehicle.

Ctrl Enter
Noticed oshЫbku Highlight text and press. Ctrl + Enter
We are
Armament of domestic armored personnel carriersIs the "old" well forgotten to become the "new"? Part-2. At the call of honor and duty
Military Reviewin Yandex News
Military Reviewin Google News
82 comments
Information
Dear reader, to leave comments on the publication, you must to register.