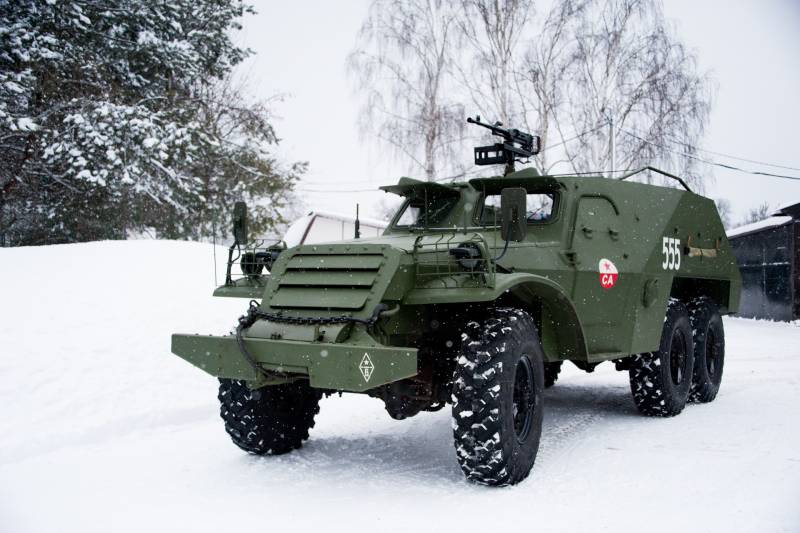 BTR-152. From idea to implementation 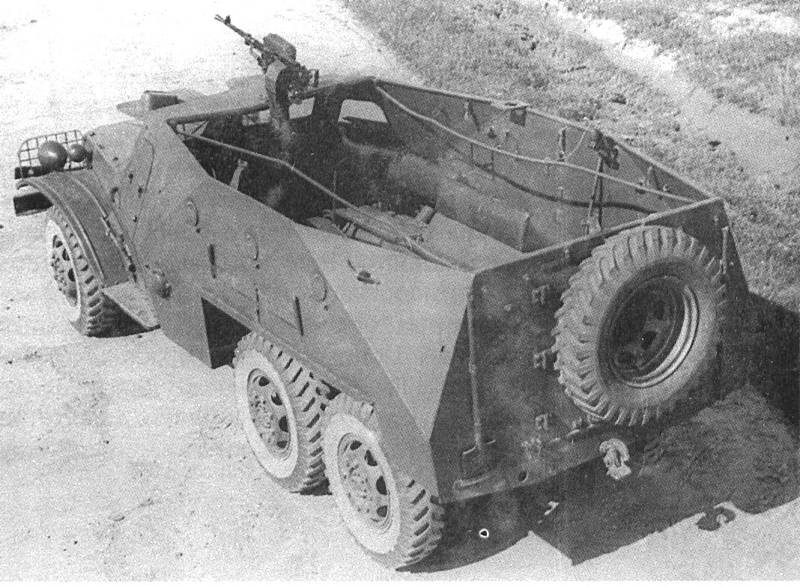 For the assembly of the BTR-152 in the Soviet Union, the Stalin Plant (ZIS) in Moscow was responsible (after the debunking of the personality cult, it was renamed ZIL). But new armored personnel carriers were assembled not only in the capital, the Bryansk Automobile Plant also participated in the production. In total, two companies collected a total of 12 421 armored personnel carriers. Serial production of the BTR-152 continued from 1950 to 1955, and other modifications of military vehicles on the same chassis until 1962.

The fate of the BTR-152 armored personnel carrier is inextricably linked with the fate of the ZIS-151 five-ton cross-country truck with the 6x6 wheel formula. Designers of the ZIS plant began testing this machine back in May 1946. It was on the basis of the components and assemblies of this chassis that it was decided to build the first Soviet heavy armored personnel carrier. By November 1946, a group of designers led by B. M. Fitterman had begun developing a new combat vehicle that received the “Object 140” index. According to the terms of reference, the designers had to create an armored personnel carrier with a combat weight of about 8,5 tons with bulletproof and anti-shatter armor and a capacity of 15-20 people. As weapons, one easel machine gun was considered. 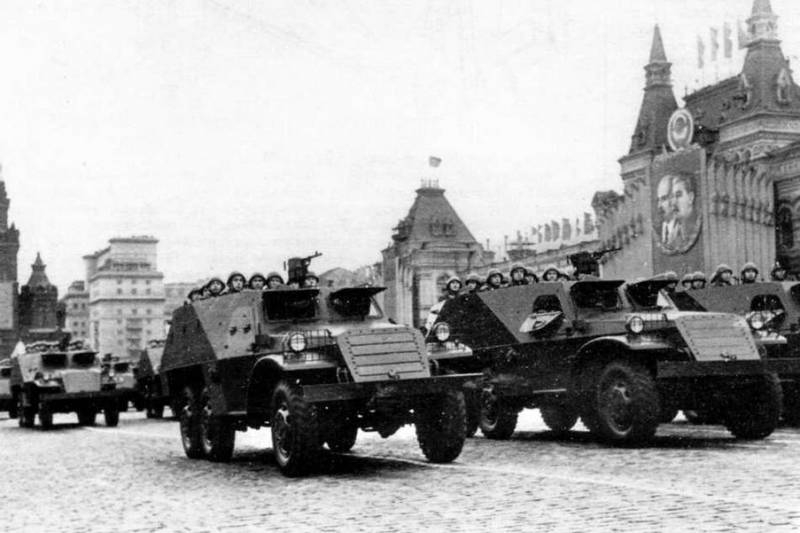 By May 1947 of the year, two prototypes of the future machine were ready. Factory tests of armored personnel carriers near the city of Chekhov continued until the 1949 year. At the same time, in May-December of the 1949 of the 8 of the 12 built armored personnel carriers were used to conduct full-fledged military tests, which went in parallel with the state tests of the new machine. After eliminating all the identified shortcomings 24 March 1950 year heavy wheeled armored personnel carrier, which received the designation BTR-152, was officially adopted by the Soviet Army. And on March 28 the chief designer of the Fitterman machine was arrested, shortly before his arrest, he was removed from the post of chief designer of the enterprise. His arrest took place as part of the investigation of the case on the wrecking group at the ZIS plant. In December of that year, he received 25 years of camps and began to serve his sentence in Rechlag, was completely rehabilitated and reinstated in the party in 1955. Such were the times. It is amazing that the creator of the heavy wheeled armored personnel carrier BTR-152 presented the country with the smallest minicar - Boris Mikhailovich was also the chief designer of the Zaporozhets ZAZ-965, but this is completely different история.

Technical features of the BTR-152

One of the main merits of the ZIS designers, experts call the appeal to the bearing armored hull (ZIS-100). The new heavy armored personnel carrier did not have a frame, only side amplifiers that were used to secure a number of units and units of the combat vehicle. At the same time, the designers did a good job on the configuration of the hull and the rational arrangement of the armor plates, at the same time the hull was convenient for placing and dismounting the landing party, it was quite spacious. The decision to abandon the frame allowed developers to make the body of the armored personnel carrier 200 mm lower without losing the spatial rigidity of the structure. Unlike the American M3 armored personnel carrier, the winch mounted on the BTR-152 was located under the bow armored hood and was protected from bullets and shell fragments. 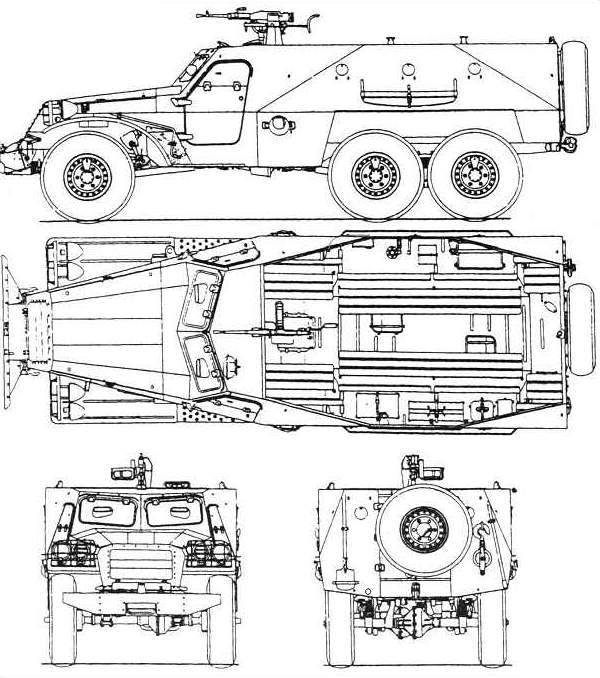 On the BTR-152, the designers installed an open-type armored hull, on ordinary models it was possible to shut off the weather only with a tarp. This decision reduced the security of the landing, but was typical for armored vehicles of those years. The body of the bonnet assembly was made by welding from armored plates and consisted of three compartments; it was characteristic of armored personnel carriers of that time period. Ahead there was a power compartment with an engine, followed by a control compartment, where the seats of the commander of the combat vehicle and the driver were located, the entire aft part was occupied by a spacious landing compartment, designed immediately for 17 fighters. To accommodate the landing along the sides of the hull were quite long longitudinal benches, behind their backs there were clips for attaching AK assault rifles. The mechanic commander and commander left the APC through the side doors, the landing party left the car through a double-leaf door located in the rear of the hull, but it was possible to land directly through the sides. A spare tire was often placed on the door.

Forced engine became the heart of the armored personnel carrier, which was especially important for the machine, which was to operate in off-road conditions. The basic 6-cylinder engine ZIS-120 (maximum power 90 hp) was able to force almost to the limit. The increase in power was achieved by increasing the compression ratio to 6,5, which automatically increased the fuel requirements, the BTR-152 ate the best gasoline in the army at that time - B-70. In addition, the designers “untwisted” ZIS-120, increasing the speed at the expense of the durability of the piston group. But the military was ready to put up with a combat vehicle with a reduced engine life. As a result of all the changes, the new ZIS-123B engine was screwed up to 110 hp. (guaranteed by GOST), in fact, engine power reached 118-120 hp Such power was enough to disperse an armored personnel carrier with a combat weight of 8,7 tons to 80-87 km / h when driving on the highway. A fuel reserve of 300 liters was enough for 550 km of travel when driving on the highway. A well-designed running gear, an accelerated engine and new all-terrain tires with a Christmas tree tread made it possible to increase the ground speed to 60 km / h, for comparison, the ZIS-151 truck did not exceed 33 km / h. 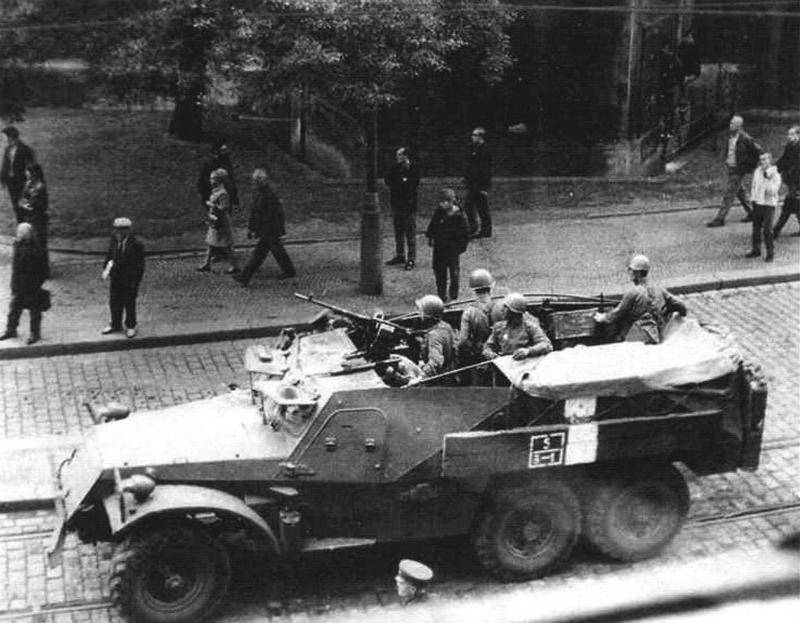 The BTR-152 advantages included good cross-country ability, a sufficiently high speed for such equipment, especially on the ground, and excellent capacity. Not all armored personnel carriers of those years could transport 19 soldiers, including the crew. The scheme and thickness of the reservation, which was superior to that of the American M3 wheeled and tracked armored personnel carriers, not to mention the wheeled Scout, were also recognized as successful. The obvious shortcomings of the machine included weak weapons, represented only by the machine gun 7,62-mm machine gun and personal weapons paratroopers. Many foreign models of armored personnel carriers of those years were armed with more powerful large-caliber machine guns. 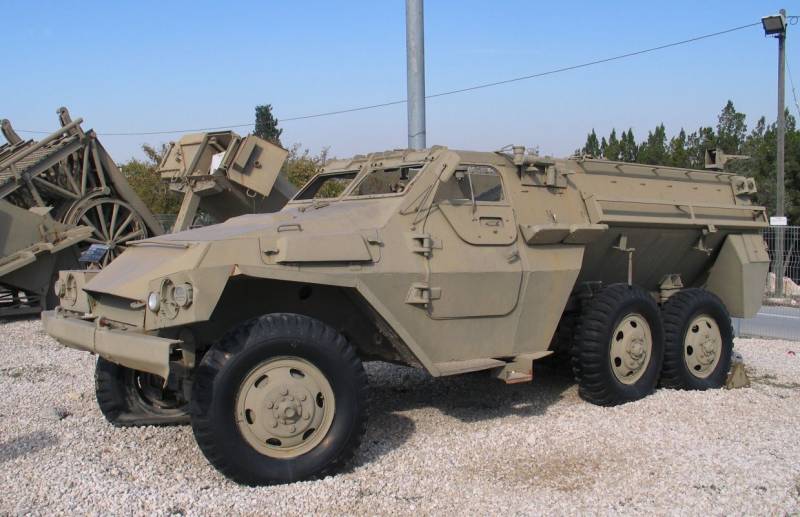 We are in Yandex Zen
Vasily Grabin's tank epic
Family BTR-60 / 70 / 80 in combat
69 comments
Information
Dear reader, to leave comments on the publication, you must to register.