October 30 2019
154
One of the most enduring stereotypes in the field of small arms weapons is the thesis that the minimum caliber providing sufficient stopping action of the pistol cartridge is the caliber 9 mm. Let's try to figure out how this corresponds to reality. 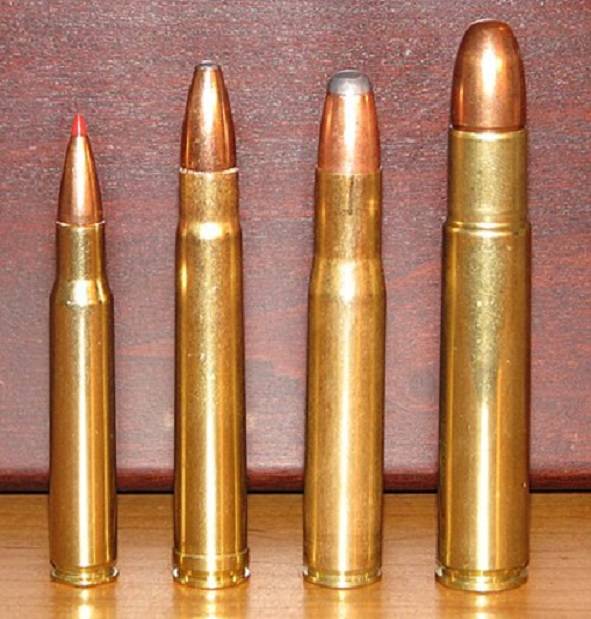 To begin with, we recall where, in addition to the task of defeating a person, the stopping action is most in demand. This is a hunt for representatives of the animal world.

The stopping effect of hunting ammunition

The need for high stopping action of hunting weapons is due to two reasons. Firstly, it increases the safety of the hunter. Most animals are quite “hard on the wound”. In other words, a wounded animal, whether it’s a boar, a wolf or a bear, when shooting close can very well attack a hunter and cause him injuries and injuries, even fatal ones. The second task, solved by the high stopping effect of the cartridges, is the absence of wounded animals on the hunt. To make and not get "wounded" is a serious "jamb" in the hunting environment, in addition, it can even be financially punishable in some hunting grounds.

As we can see, these ammunition is of a completely “human” caliber 9 — 12 mm, no one makes them caliber 20 — 25 mm or more, which, it would seem, can be expected from the ratio of the sizes and weights of humans and animals from the Big Five especially considering the almost pistol range of a shot when hunting these animals. The main emphasis is on increasing the initial energy of the shot, which for "African" calibers can be 6000 —12 000 J. 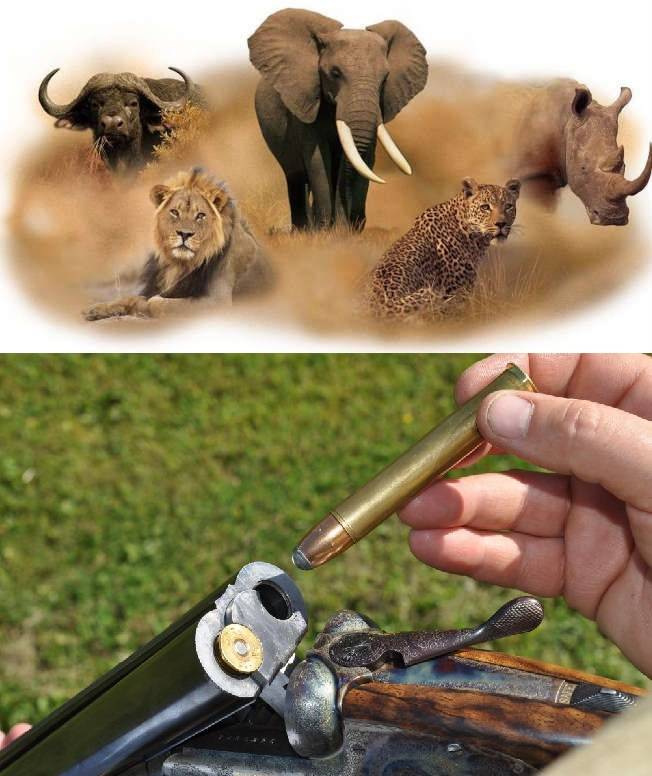 The Big African Five and their respective weapons for hunting

If we talk about shooting at long and medium ranges, the decisive factors in choosing the caliber and mass of bullets are the need to ensure optimal aerodynamic characteristics due to the shape of the bullet and to save the bullet's energy at a considerable distance, given the fact that lighter bullets lose speed faster and subject to wind drift.

As an extreme example of small-caliber high-speed ammunition, the Gerlich bullet for conical trunks can be mentioned. The diameter of the Gerlich bullet was 6,35 mm, the mass of the bullet was 6,35 g, the initial velocity of the bullet reached 1740 — 1760 m / s, the muzzle energy was 9840 J. This record for bullets of small caliber and small mass has not been broken so far. Gerlich's bullet at a distance of 50 m was breaking a hole with a diameter of 12 mm in a steel armor sheet with a thickness of 15 mm, and in a thicker armor it made a funnel in 15 mm of depth and a diameter of 25 mm. The usual bullet of a Mauser rifle of 7,92 mm caliber left only a small depression in 2 – 3 mm on such armor. The Gerlich bullet was used in the development of high-speed shells, but in small arms such ammunition did not receive because of the low resource of weapons for them, which is about 400-500 rounds. 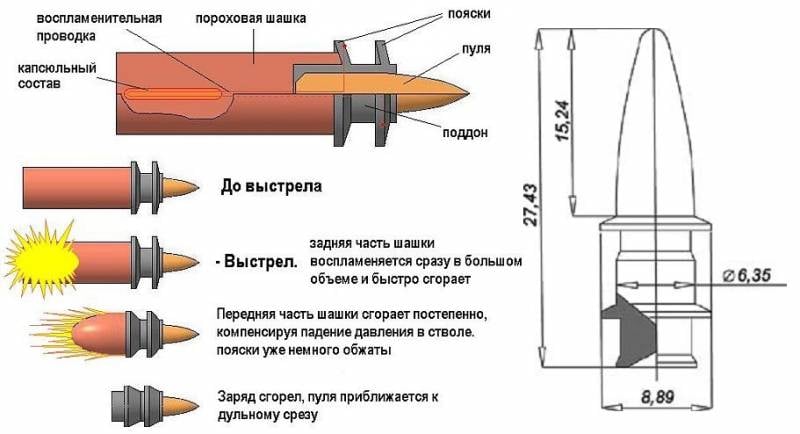 The question is backfill: what will happen to the representative of the Big Five if they hit Gerlich’s conditional bullet capable of making an 15 mm hole in an armor plate with a thickness of 12 mm, or its modern analogue with an initial energy of the order of 10 000 J?

The stopping effect in humans

The question is that the mass and size characteristics of people vary quite a lot. On average, human height varies from 165 cm to 190 cm, respectively, the sizes of the chest and internal organs differ. This is not counting the various structural features of the body, the shape and location of internal organs, the presence / absence of fat deposits, differences in bone density, reaching 25 - 30%, or muscle tissue volumes. 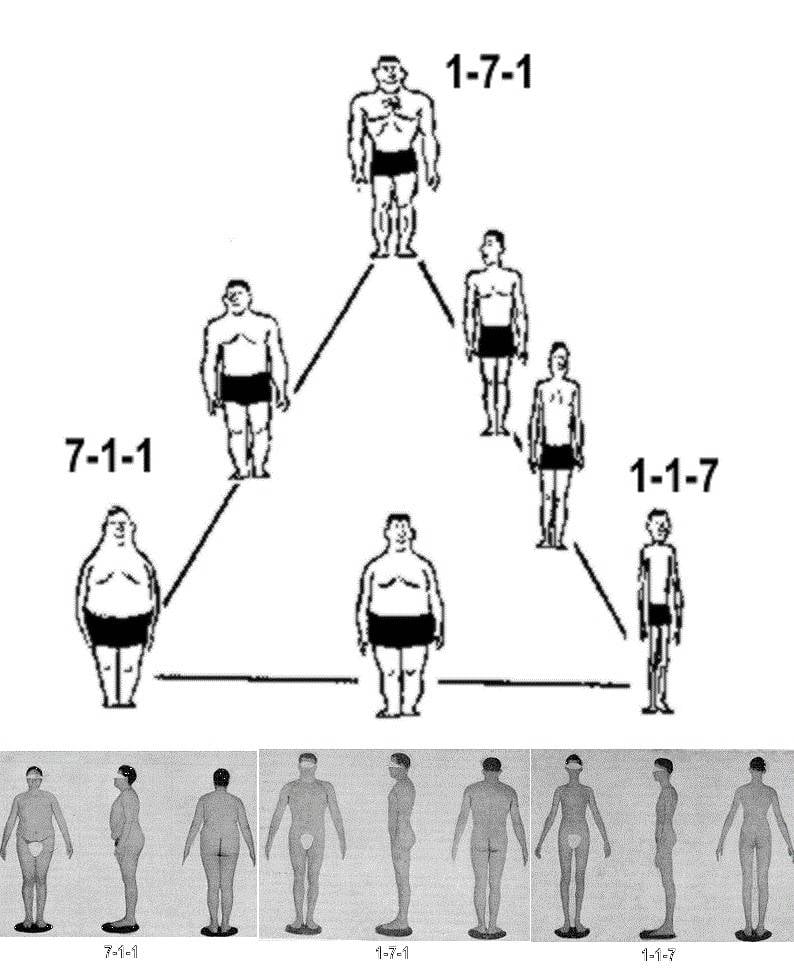 Based on the calculation of body proportions in anatomy, three main types of human body structure are distinguished: mesomorphic, brachymorphic, dolichomorphic. The mesomorphic type of physique is classified as people whose anatomical features approach the averaged parameters of the norm (taking into account age, gender, etc.). In people of a brachymorphic body type, transverse dimensions prevail, their muscles are well developed, and they are not very tall. The heart is located transversely due to the high-standing diaphragm. In brachymorphic, the lungs are shorter and wider, loops of the small intestine are located mainly horizontally. People of the dolichomorphic type of physique are distinguished by the predominance of longitudinal dimensions, have relatively longer limbs, poorly developed muscles and a thin layer of subcutaneous fat, narrow bones. Their diaphragm is lower, so the lungs are longer, and the heart is located almost vertically.

The diameter of the bullet 11,43 mm is 1,27 times larger, the area is 1,61 times larger than the bullet 9 mm. The question arises, does the stopping action of a bullet of the caliber 9 mm suffice for all "standard sizes" and "form factors" of a person, or does it work only on the lower / upper level?

If a cartridge of the 9 mm caliber is enough to defeat the "largest" representative of the human race, then a person of a smaller size can be equally effectively hit by a bullet of the 7,62 mm caliber? Where is the border of the minimum allowable caliber, and why is it considered to be the notorious 9 mm?

It would seem that here it is - a real confirmation of the effectiveness of cartridges of the caliber 9 mm. After all, the 7,62x25 TT cartridge is 1,5-2 times more powerful than the 9x18 mm PM cartridge. And this was not done by the army of Burkina Faso, but by one of the strongest and most equipped armies in the world - the armed forces of the USSR.

The question immediately arises. Why invent a new 9x18 mm cartridge when there were already widespread 9x19 mm and 9x17 mm cartridges (.380 ACP)? What reasons prompted the armed forces and the USSR Ministry of the Interior to adopt a pistol with a less powerful cartridge than 9x19 mm, but more powerful than 9x17 mm? 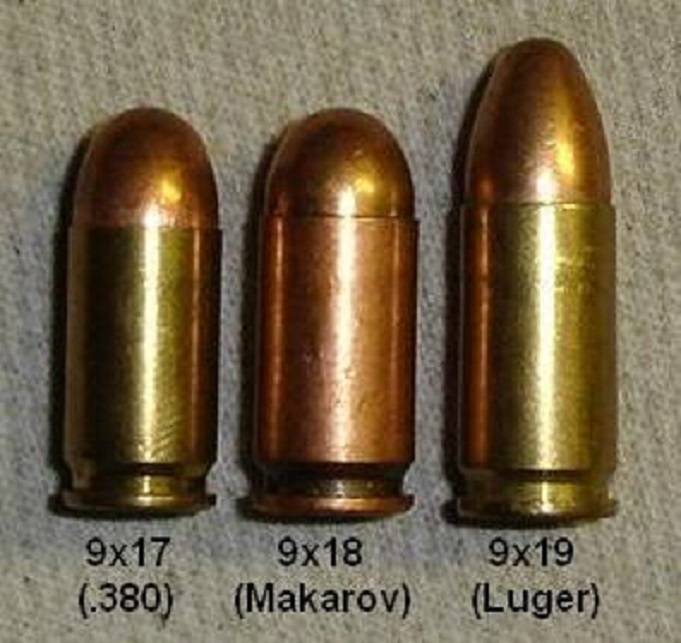 Concerning the 9x19 mm cartridge, a factor such as “necessary and sufficient” most likely worked. At the time of the adoption of the Makarov pistol and the 9x18 PM cartridge for arming, their characteristics made it possible to confidently hit all the necessary targets. If we talk about the defeat of a person unprotected by means of individual armor protection (NIB), then the characteristics of the 9x18 PM cartridge are still quite relevant, especially in conjunction with an increased capacity store. At the same time, the use of an 9x19 mm cartridge complicated the design of the weapon due to the need to reduce the shutter recoil speed, while for cartridges of lower power it was possible to use a free-shutter circuit, which favorably affected the mass, dimensions and cost of the weapon.

As for the 9x17 cartridge, it most likely played a role either in the reluctance to accept the ammunition of the likely enemy, or in the desire to develop a new cartridge with the concomitant receipt of the due bonuses and awards, in the end, no one has yet canceled personal interest. In the 30 of the last century, on the basis of the 9x17 mm cartridge in Germany, by extending the sleeve from 17 to 18,5 mm, the 9 × 18 Ultra cartridge was created. Presumably, it was the 9 × 18 Ultra cartridge that was chosen as a prototype when creating the 9x18 mm cartridge. 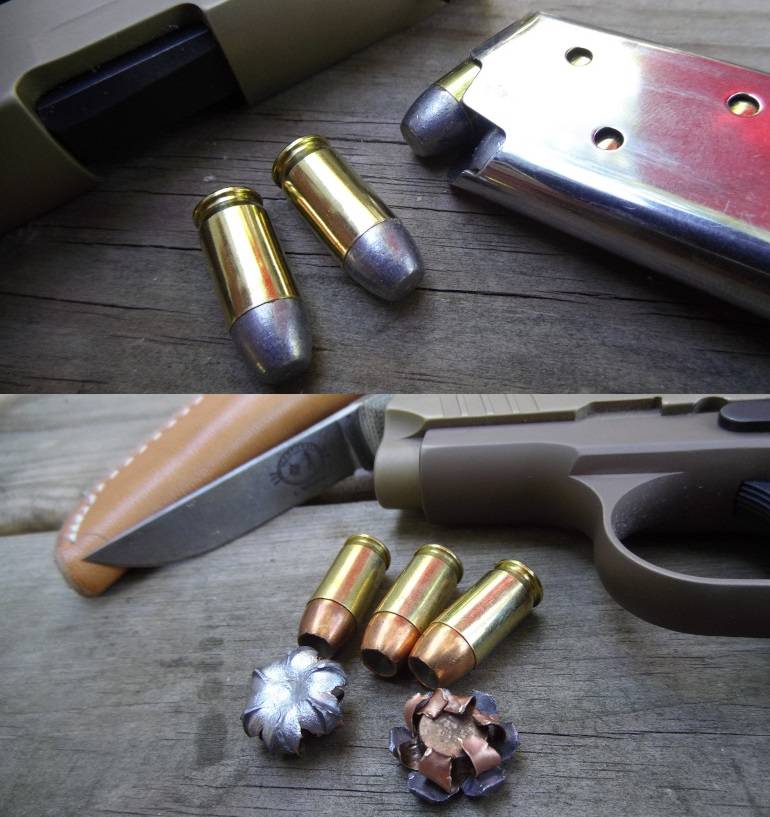 Why did they replace the powerful 7,62x25 mm cartridge with the much less powerful 9x18 mm? The reasons are the same as in the case of the cartridge 9x19 mm. With all its advantages, the TT pistol is extremely inconvenient to operate, has a small ammunition for its size and weight, is unsafe to operate due to the lack of a fuse and the safe trigger release from the combat cock. The new, less powerful 9x18 mm cartridge was chosen on the basis of the need to create a compact weapon that is most convenient in everyday use. 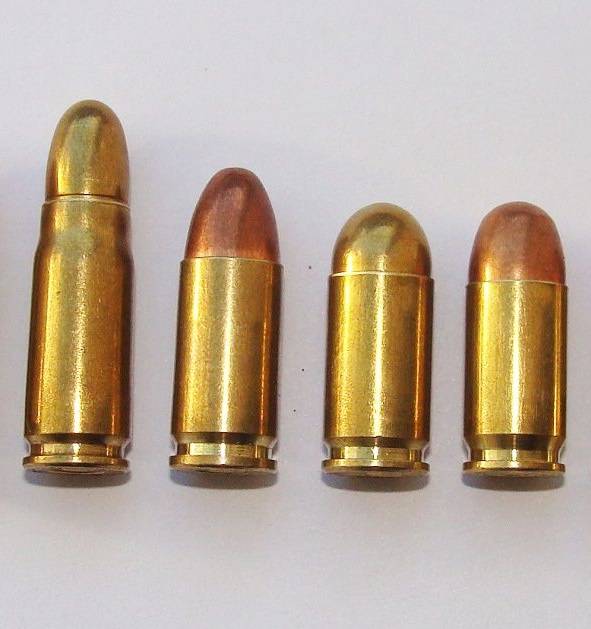 But still, why is 9 mm and not 7,62 mm? Initially, two samples were required for the competition, in calibers 7,65 mm and 9 mm, which indicates the absence of prejudice regarding the caliber 7,62 / 7,65 mm. Ultimately, a new 9x18 mm cartridge was chosen, the alleged reasons for the appearance of which are described above. Various sources say that the reason for choosing an 9 mm caliber cartridge is the higher stopping effect of the latter compared to 7,62 / 7,65 mm caliber cartridges, however, there is no information about a systematic study of such an ammunition property as “stopping action” at that time, and its application to the selection of a pistol cartridge could not be found. In all available sources it is indicated - the cartridge of the caliber 9 mm is selected also due to the greater stopping effect and the point.

In fact, there may be several reasons, for example, the high adaptability of the 9 mm cartridge due to the absence of unnecessary operations in the manufacture of a bottle case (the cylindrical one will turn out to be too long, which will interfere with its delivery in a compact gun, or will have a limited volume will not allow pool the necessary initial energy). Yes, and the psychological factor cannot be written off - more caliber, more barrel diameter, more bullet, means "more powerful." In the end, in the United States, many still adore the .45 ACP cartridge, despite the fact that the US military switched to the 9x19 cartridge forty years ago.

Based on the foregoing, there is no sufficient reason to believe that the reason for choosing a pistol cartridge of caliber 9 mm was its greater stopping effect compared to a cartridge of caliber 7,62 mm. If at the time of the creation of the Makarov pistol and the 9x18 mm cartridge, NIB would have been widespread or there would have been a chance of meeting the enemy with a fighting dog in the kit, the active use of the 7,62x25 mm cartridge could well have continued to ours days. Makarov’s pistol and 9x18 mm cartridge could simply not have been born, and the development of domestic short-barreled weapons would have gone along the western path, with the creation of multi-shot pistols with a short barrel stroke.

So why is it still believed that the 9 mm is the minimum caliber to ensure the stopping action of short-barreled weapons? No clear answers could be found to this question. Numerous studies that we talked about in a previous articles, do not give an exhaustive answer, there is not even a sane quantitative definition of "stopping action."

In the next article, we will consider the essence of the stopping action, clarify its definition, try to quantify it, and also try to determine which damaging factors of the ammunition of modern weapons have the maximum effect on it.