Krasnogorsk Plant named after SA Zverev, OJSC proposed the upgrade of the Mi-24 helicopter, built on the retrofit of the Raduga-Sh daylight observation and sight system (OPS) based on the Nocturn thermal imaging subsystem. It uses the results of previously performed OCD on the development of on-board equipment (avionics), piloting night-vision goggles of ONV-1 Skosok for the Mi-28H helicopter and for creating a domestic thermal imager - in the interests of other branches of troops. Such retrofitting is not expensive and will be the most effective, since the work on creating a fire control system (LMS) was based on the principles of Cals-technologies and a systematic approach to automation. The prerequisites for such an upgrade are the fact that the highly effective OPS "Raduga-Sh" remains, which has been showing high TTX for more than 25 years. This will preserve all the advantages of the optical sighting device over the technical vision channels in terms of the probability of detecting and recognizing a target due to a larger field of view, with equal resolution, and there is no need to retrain crews with extensive practical experience with the Raduga-Sh ; will remain in demand: the developed system of ground equipment and maintenance; scientific and technical groundwork at domestic enterprises for the creation and production of gyroscopic stabilization systems, 1 thermal imagers, laser range finders, avionics for the Mi-28H helicopter and Su aircraft, on-board calculators, multi-functional indicators (MFIs) on liquid crystals.

Considering all this, such tasks of preserving the day-time observation and sighting system (with optical sight) without modifications, maximum use of the domestic elementary base in the OPS and avionics and the use of interspecific unification of gyroscopic systems, thermal imager, avionics-28.

The composition of the thermal sighting system TPP-9C475H installed on the Mi-24PN helicopter in addition to the OPS 9C475 includes a stabilization and heading guidance system, a thermal imaging channel, a laser rangefinder, an optical-electronic module of the direction finder and a conjugation unit with a day vision, a visor, a visor and a visor, and a visor-and-a-of-a-kind-a-of-a-sight-of-a-of-a-white-visor-visor-a visor-a visor-to-a-seo-visitor component who has a visor to use is a sight-seeing and a sight-seeing, sight-and-view, a sight-seeing and a sight-seeing device, a laser rangefinder, an optical-electronic module for the direction finder, and a pairing unit with a day sight. .

Night vision goggles of NVG-1 "bevelings" developed by the Orion NGO. They are designed for night helicopter flights with low natural light. The glasses are created in a binocular pattern using two 2 + EIFs or a biplanar 3 generation with a photocathode of high spectral sensitivity and a built-in automatic brightness control system under varying light conditions. The glasses allow the pilots to observe the surrounding space and read the readings of the instruments without changing the position on the head of the pilot. The NVG-1 can be mounted on any type of flight helmet. 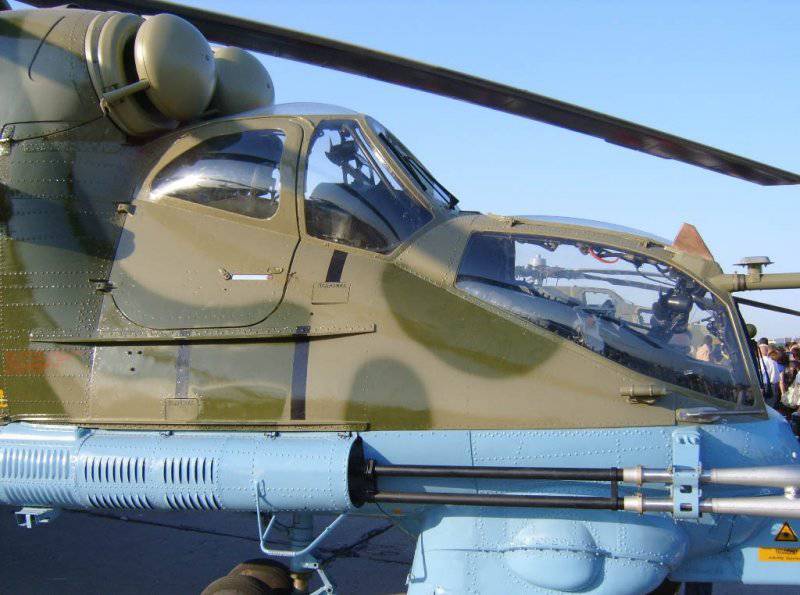 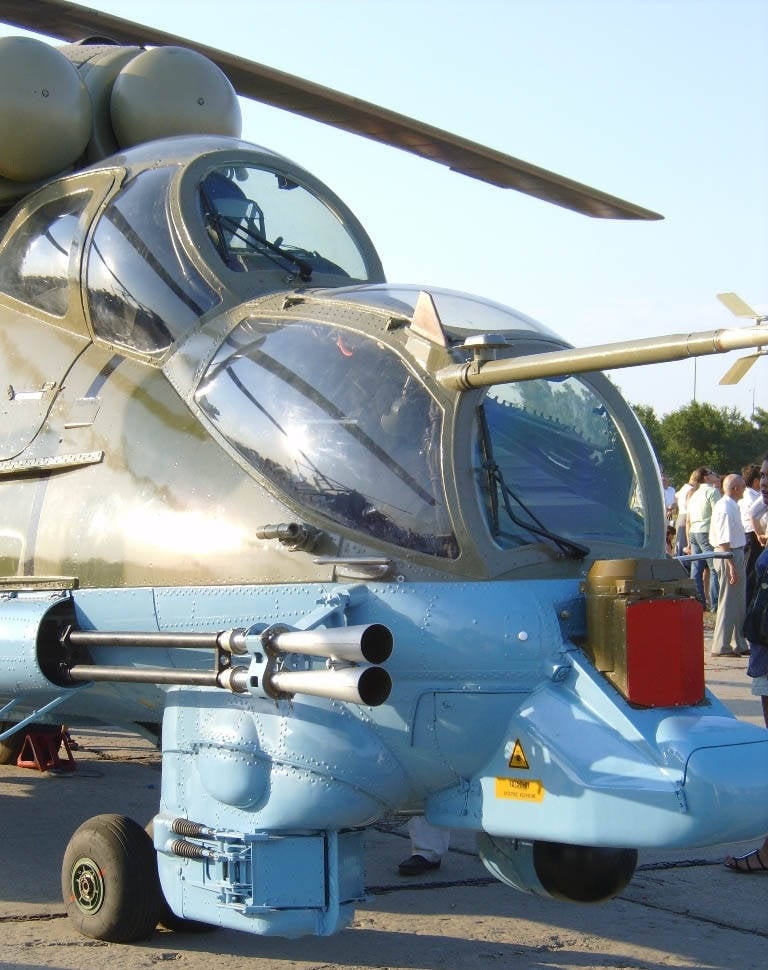 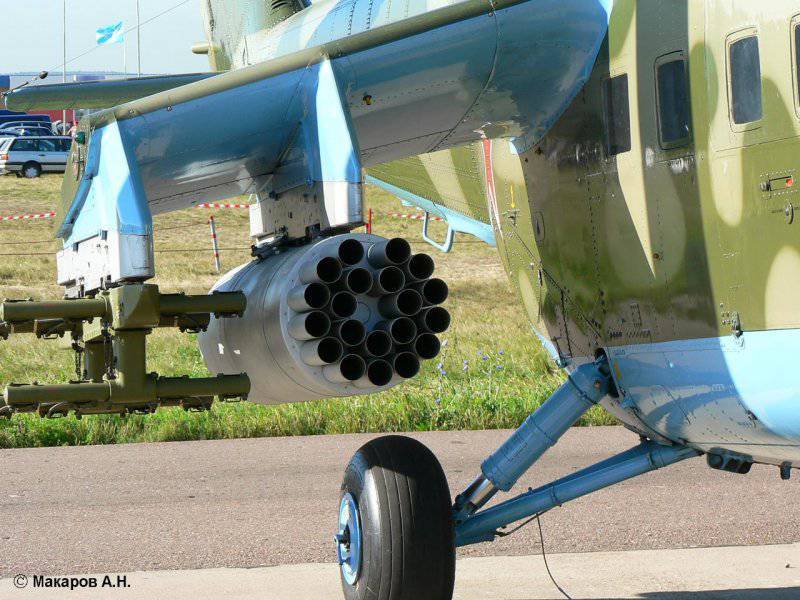 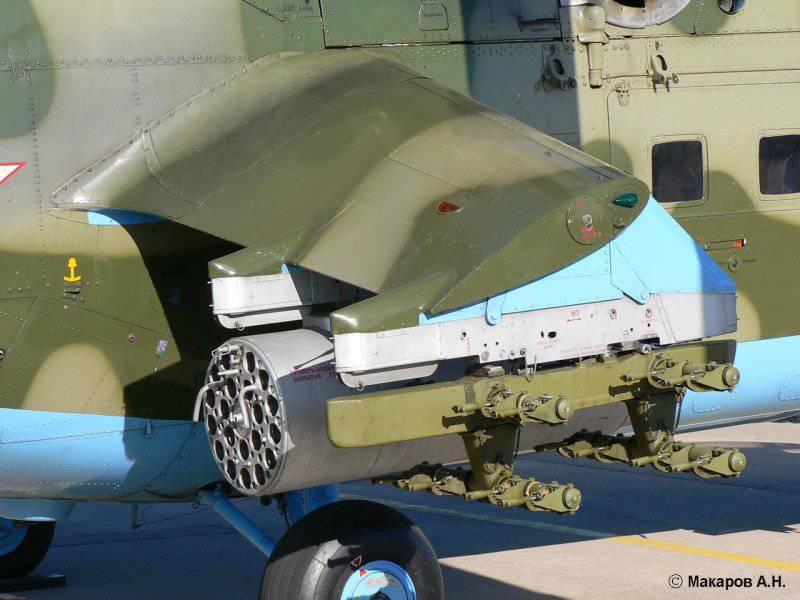 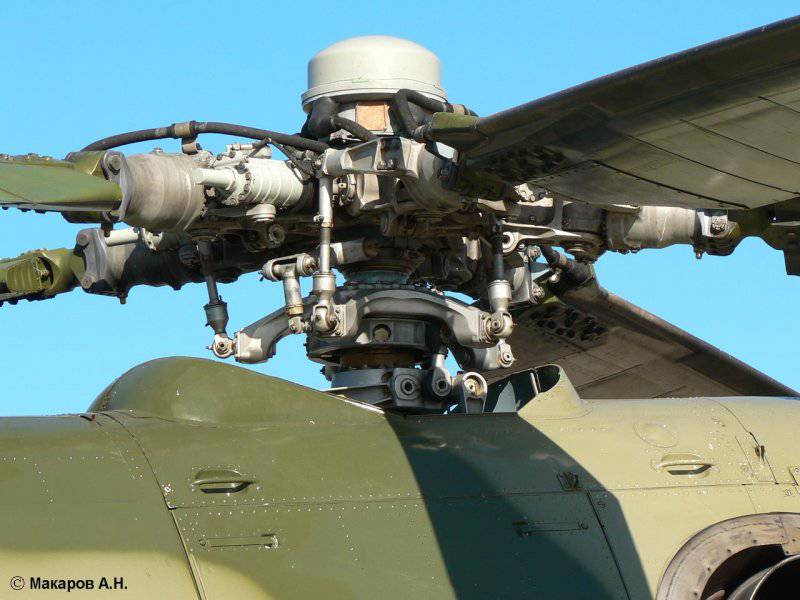 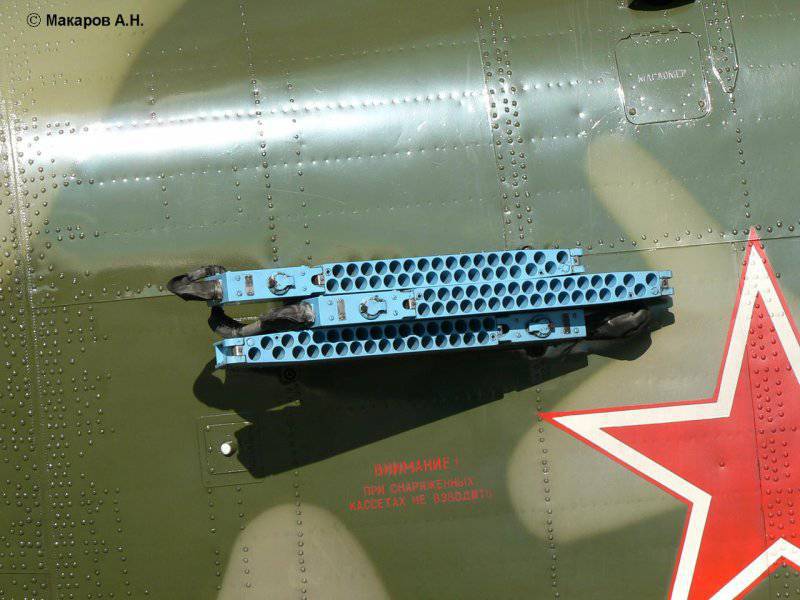 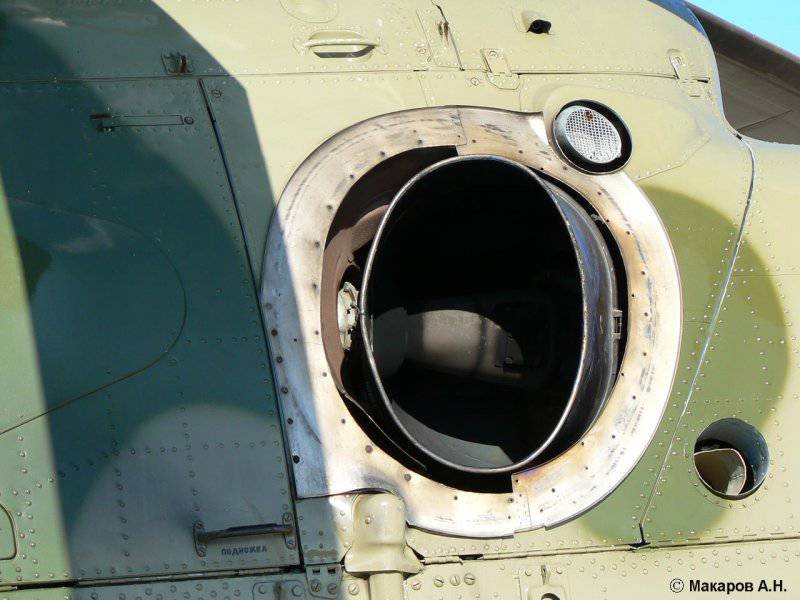 Semiconductor light sources - narrow-band light-emitting structures used in LEDs. The emitting crystals are arranged as necessary in the light-forming elements together with the fasteners and provide the desired light, radiation pattern and intensity. The complex БРЭО-24 was created at Ramenskoye PKB. Currently, state tests of the Mi-24PN are being completed. JSC "Rosvertol" started the serial conversion of helicopters into a new modification.

The use of sophisticated technical solutions on the domestic element base, the reduction in the volume of flight tests and the implementation period, taking into account the residual cost and the residual life of the Mi-24P helicopters, minimize the cost of work on the Krasnogorsk modernization program. The modification of the Mi-24PN is especially attractive for states with a limited budget or with a fleet of helicopters with a fairly consumed resource.

The rest of the armament, including up to two suspended containers UPK-23-250 with a double-barreled gun GSH-23L caliber 23 mm (250 ammunition), is placed under the shortened wing on the pylons with built-in lifting cargo and new beam holders DB-Z.

In this form, the Mi-24PN will be able to search and destroy tanks, armored vehicles and manpower of the enemy, to hit protected objects and areal targets, to establish minefields, to fight against watercraft, including boats, and with low-speed and low-flying targets. In addition to eight paratroopers in full gear, it is allowed to transport inside the vehicle up to four wounded, including two seated with a paramedic, up to 1500 kg of various cargoes, and on external sling - up to 2400 kg.

The first batch of five modified (twenty-fours) was transferred to the Russian Air Force in January 2004, according to different data, 7 or 8 machines were transferred during the period 2005-2006.

The manufacturer promises that the helicopters updated according to the Mi-24PN project will be able to stay in 10 for years and fly about another 1000 hours. The cost of upgrading one old Mi-24 to the Mi-24PN variant is about one million dollars, while representatives of the MMVZ claim that the increase in the combat effectiveness of the modified machine compared to the Mi-24П is 50-70%.

The first Mi-24PN were delivered to the Combat Training and Retraining Center of the flight personnel in Torzhok for training instructors and combat pilots for using the machines at night. In 2005, four upgraded vehicles became part of the 487 Separate helicopter regiment stationed in Budyonnovsk in southern Russia not far from the Chechen Republic, where fighting continues. By the middle of 2005, according to Russian media reports, the 487 AFP already had 16 trained pilots and operators, many of whom had already passed (baptism of fire), on Mi-24PN.

In February, 2004 reported that a foreign customer appeared on the Mi-24PN. Later it turned out that this customer was Uganda, whose armed forces wanted to purchase up to six cars. However, to date, only one is known (the twenty-fourth to reach this African country. This delivery was confirmed by sources in Rostvertol). 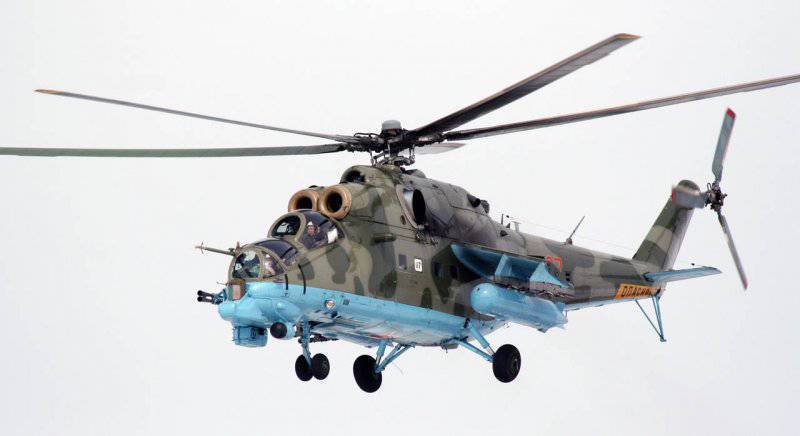 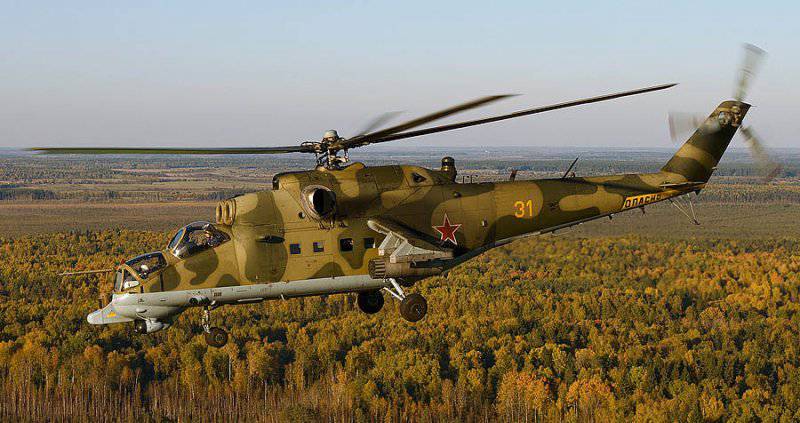 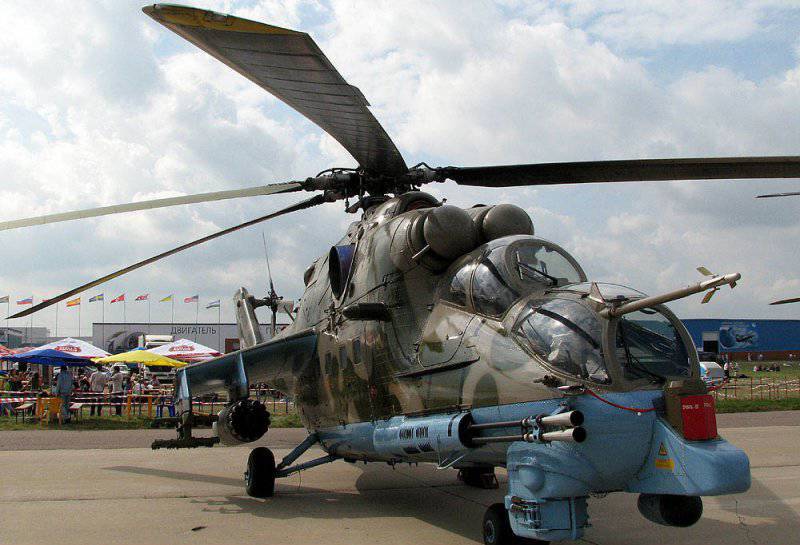 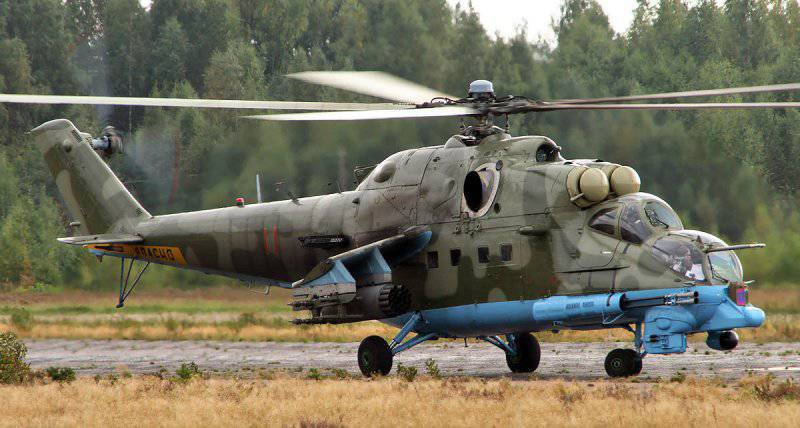 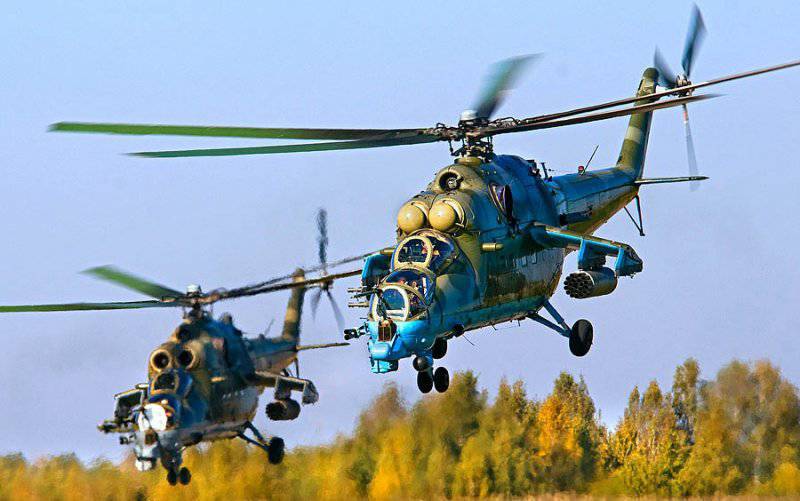 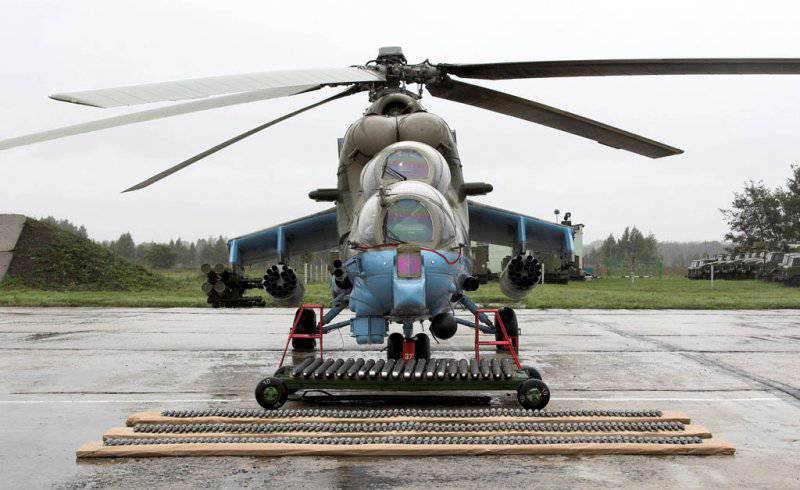 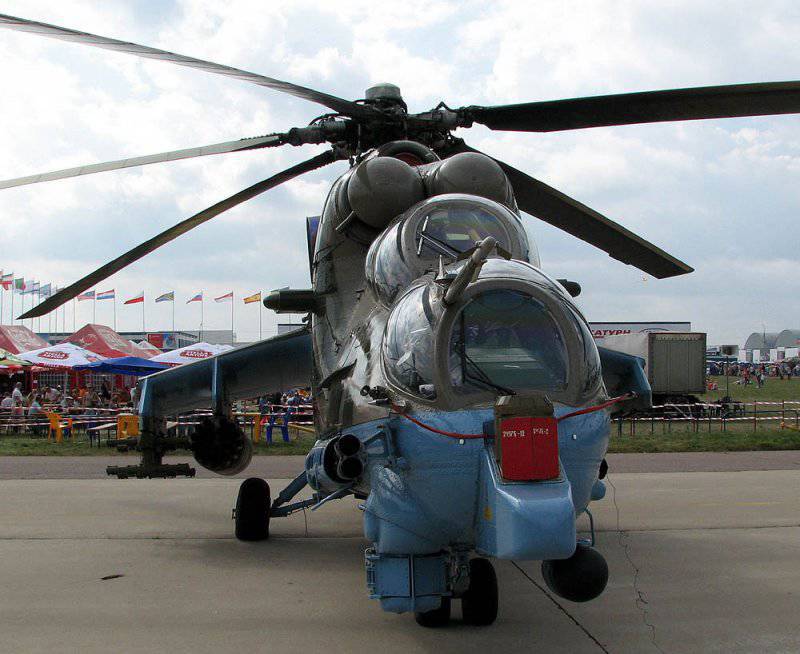 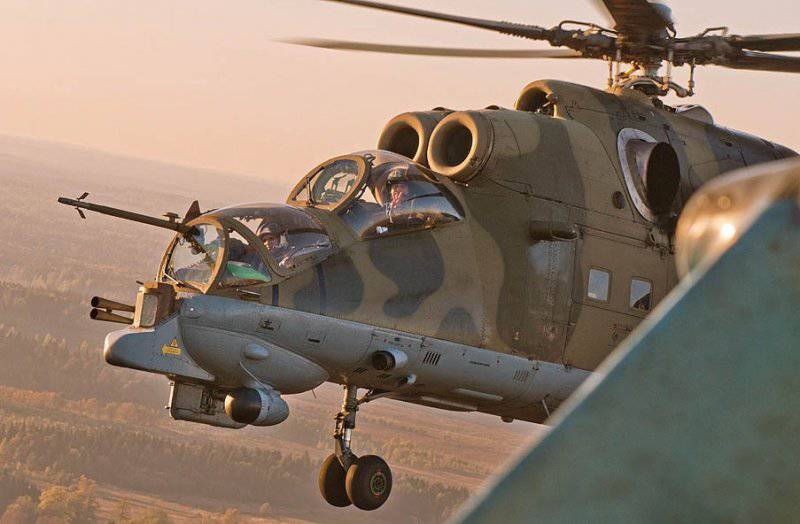 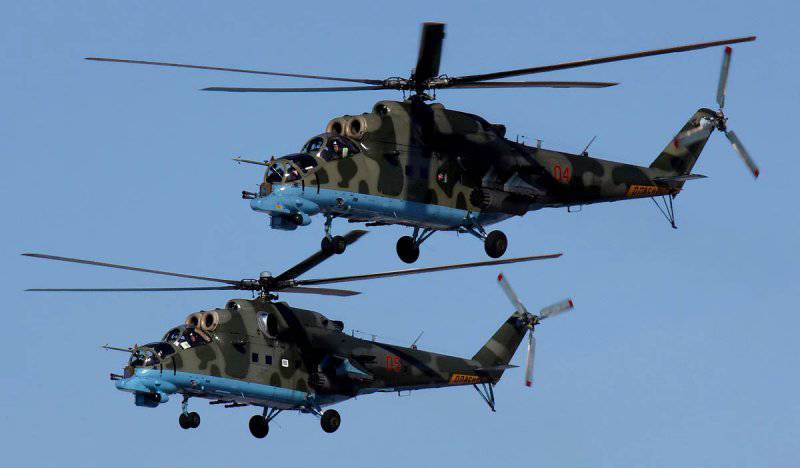 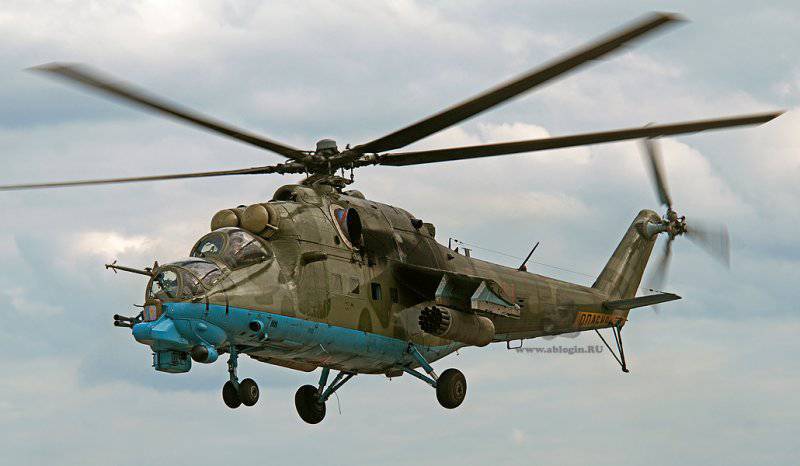 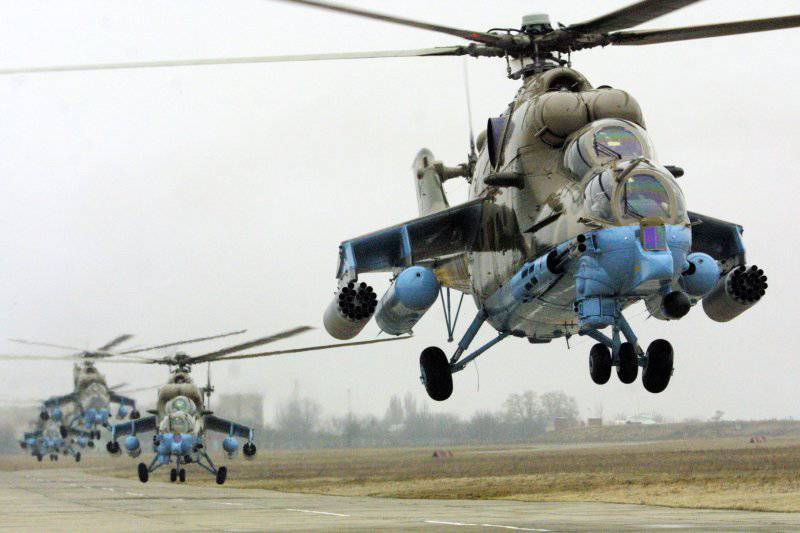 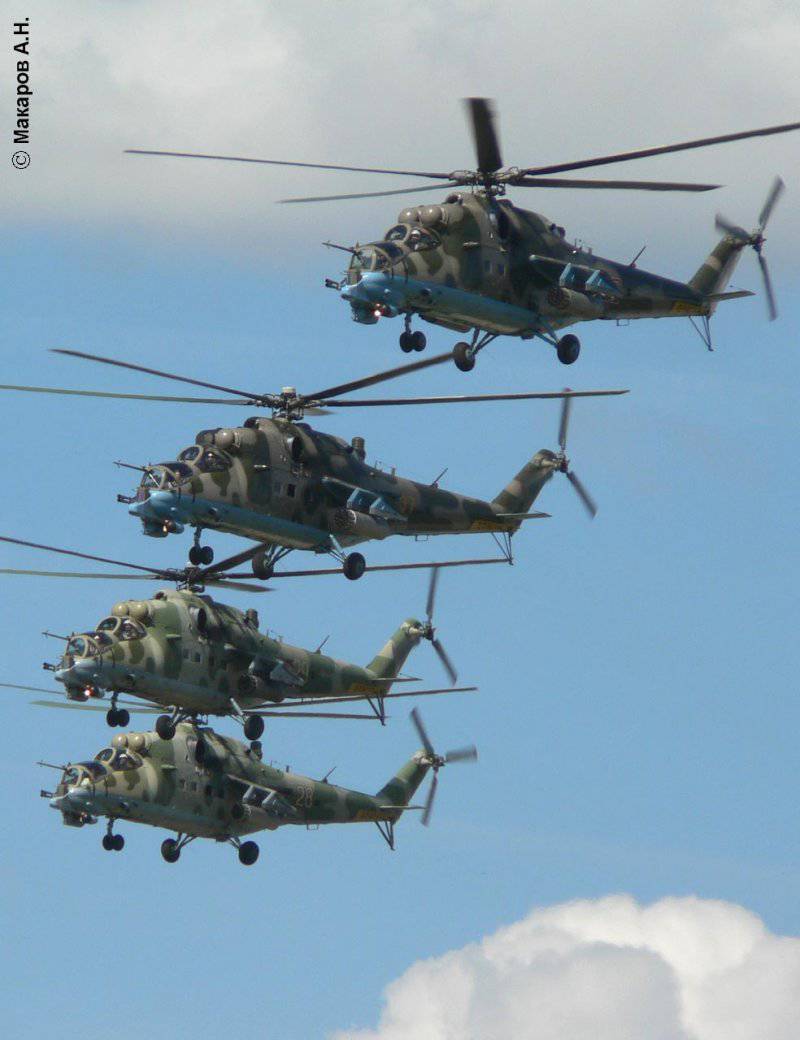 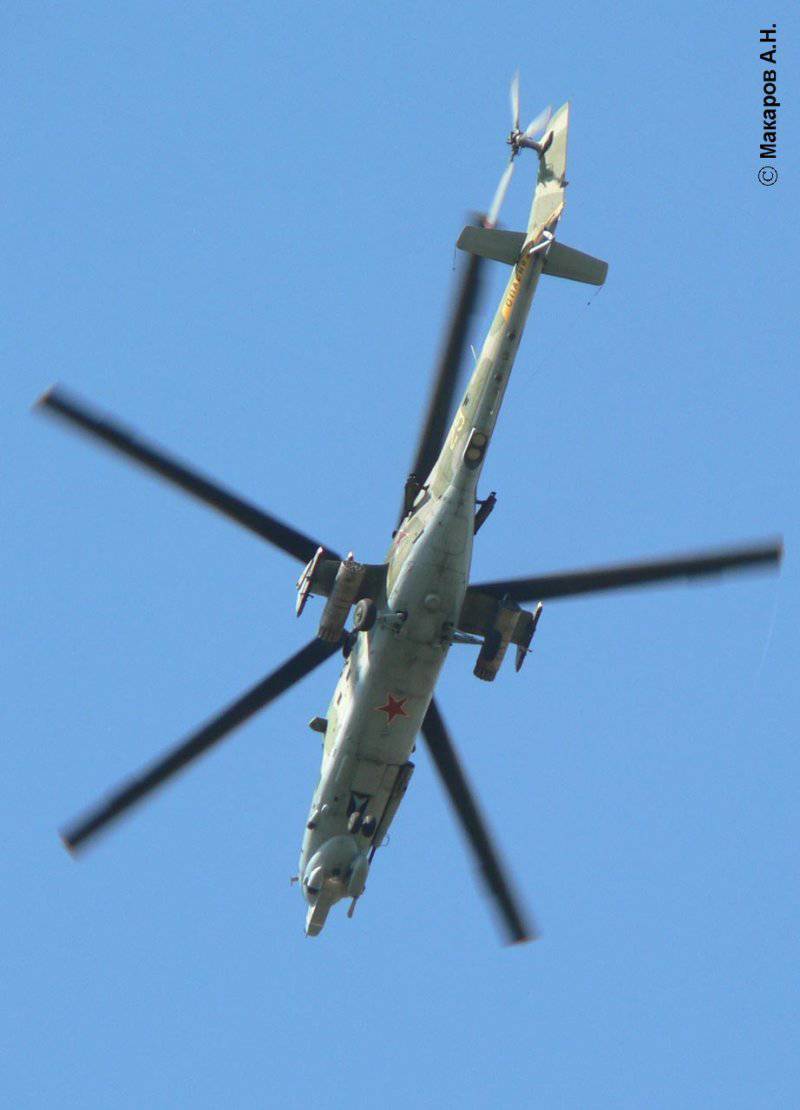 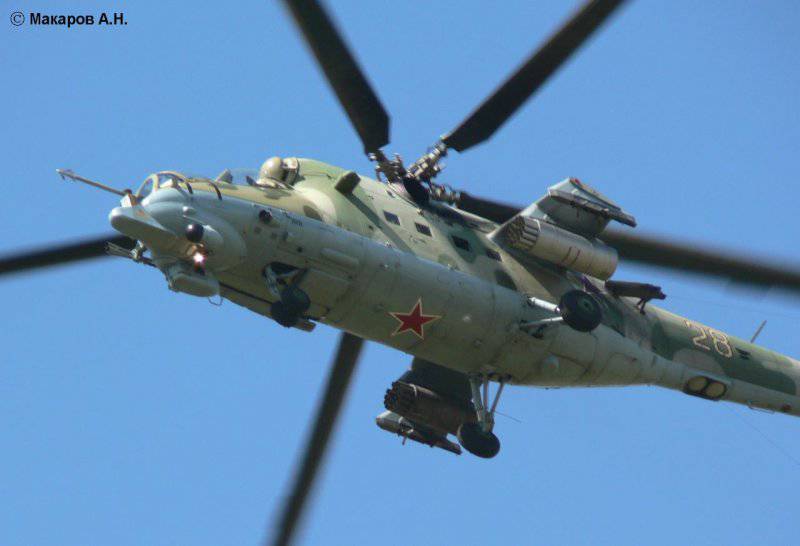 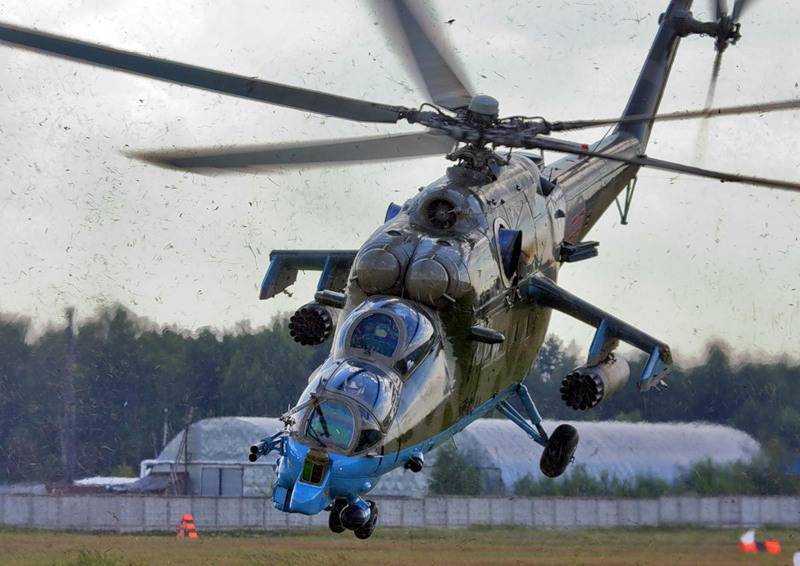