28 May 2013
29
First american Tanks fell into the hands of the Germans in North Africa. These were the lightweight MZ Stuart and the medium MZ Grant, which entered the arsenal of the 8th British Army. In 1942, the Panzerwaffe trophies were also individual American tanks of these types, which fought on the Eastern Front. Directly from the Americans, armored vehicles fought off in Tunisia, Italy and Northwest Europe.


The first Shermans were captured by the Germans in the 1942 year from the British and Russians, and in relatively large numbers in the 1944 year in France. The Shermans arrived in Africa on the eve of the battle at El Alamein, after which the German troops retreated all the time, the battlefield was left for the British and the Germans could not capture the newest American tank. They succeeded only in Tunisia at the end of February 1943. Captured "Sherman" was delivered to Germany. On the Eastern Front, the captured Shermans were occasionally used by the Wehrmacht. Only one case of the formation of a platoon of five tanks of this type captured from the Red Army is known. Already in the first weeks of fighting with the Allied troops in Normandy, many German units acquired subdivisions of the captured Shermans. For example, in the 21-th tank division there were four "Sherman", the same in the 25-th motorized division. Ten Shermans fought in the 10 Panzer Division of the SS Frundsberg, six in the 5 Parachute-Chasseurs Division. In other parts of the Wehrmacht and the SS troops on the Western Front, as a rule, there was one or two cars of this type. And it could be both American captured tanks, and the Sherman Fayeflay captured from the British. The latter were especially appreciated by the Germans because of the exceptional ballistic qualities of the English 17-pound cannon. 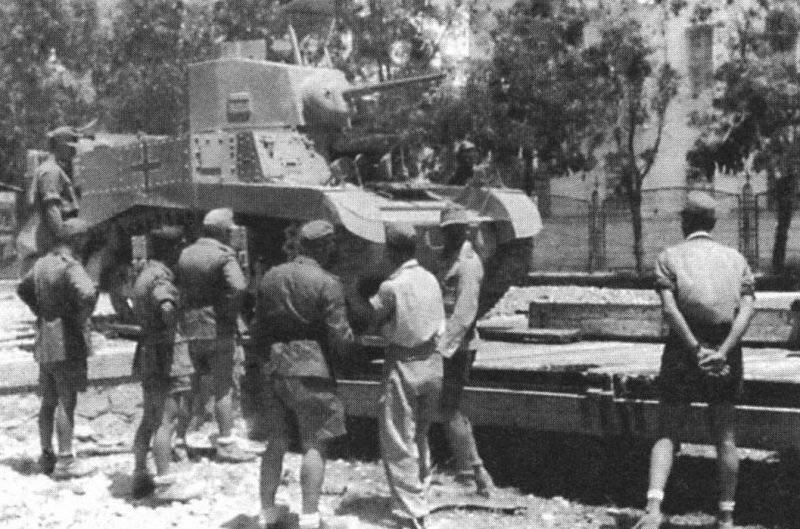 One of the first Stewart tanks captured by the Germans from the British in November 1941, in front of General Rommel's headquarters. North Africa, January 1942 of the year 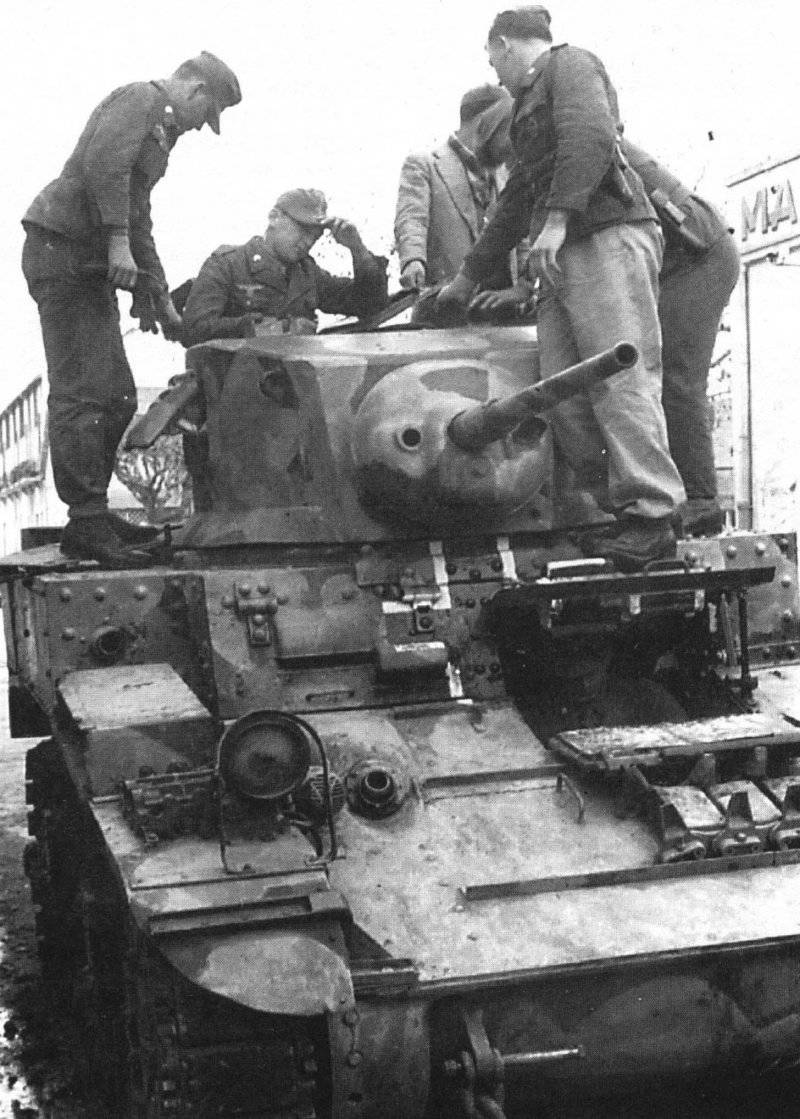 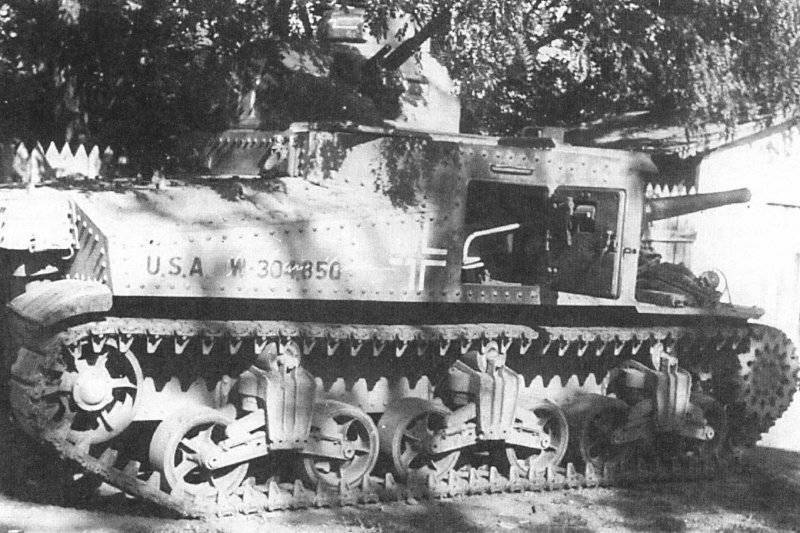 British officers inspect the group seized from the Germans Sherman tanks. In the middle of the group is the Sherman Fayeflay tank. Normandy, 1944 year 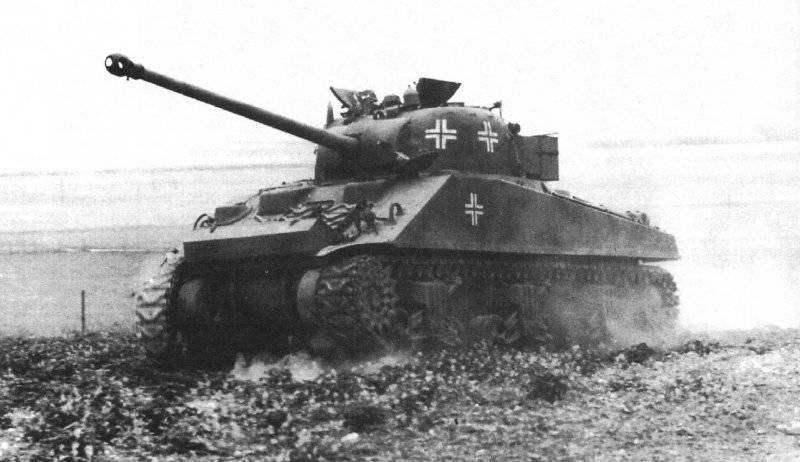 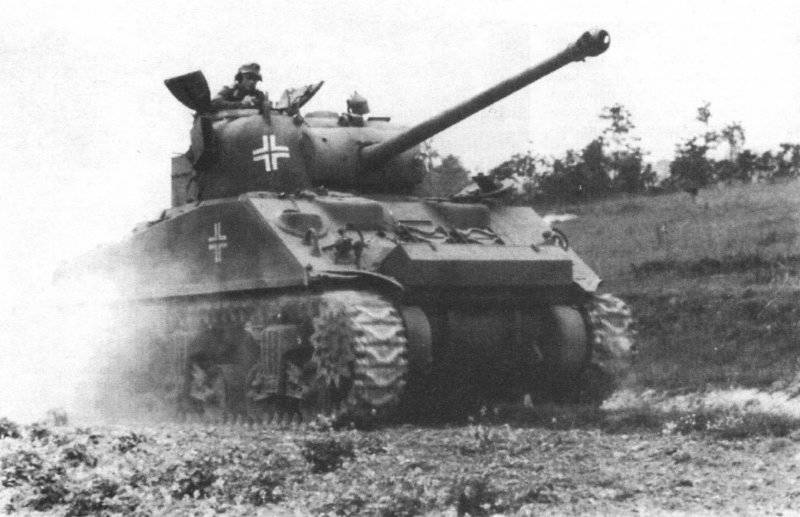 Trophy tank "Sherman Fayeflay" in one of the parts of the Wehrmacht in Normandy, 1944 year. On the turret of this tank five crosses are applied, on the body - two more!

Special mention should be made of the SS 150 Tank Brigade, commanded by SS Ober-Sturmbannführer SS Otto Skorzeny. This brigade was intended to conduct combat and sabotage operations in the rear of the Allied forces. It recruited soldiers who know English, they were armed with trophy weapons, were equipped with trophy vehicles and were dressed in the American military uniform. It is known mainly for the episode associated with the re-equipment of four tanks "Panther", so that they look like American tank destroyers МХNUMX. Why it was needed is not entirely clear: in the Wehrmacht there were real trophy American SAUs M10. Among other things, as part of the 10-th SS tank brigade there were ten Sherman tanks.

Armaments of American production, captured from the US allies in the anti-Hitler coalition, and directly from the Americans, were in service with certain parts of the Wehrmacht. These were the M8 armored vehicles - Panzerspahwagen 8 (a) and half-track armored vehicles of various brands.

Both were used by the Germans mainly in the final stage of the war. 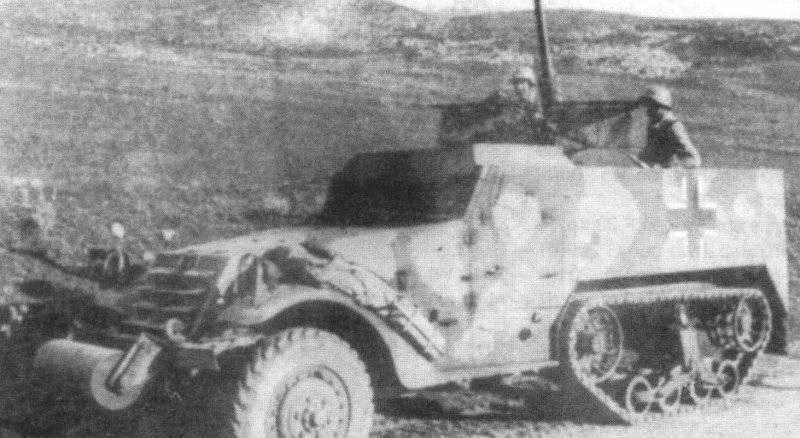 Trophy American armored personnel carrier MH in Wehrmacht. Tunisia, 1943 year. The machine is armed with a cannon of unknown sample, established, apparently, by the Germans 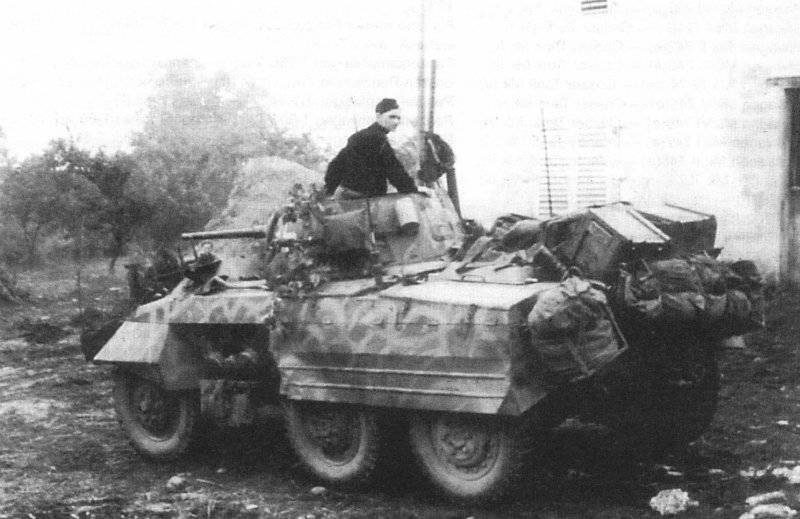 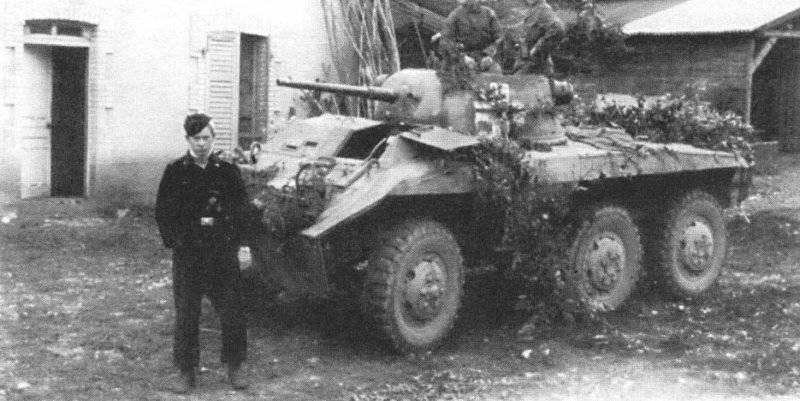