22 May 2013
9
By May 10, 1940 (the beginning of hostilities on the Western Front), the Belgian army was armed with more than 200 tanks and self-propelled-but-artillery mounts. The base of the tank fleet was 42 VickersT.15 light vehicles and eight ACG1s (an export version of the French Renault AMC35 light tank). The anti-tank units of the six personnel and six reserve infantry divisions were armed with about 160 self-propelled guns T. 13.


For towing 47-mm anti-tank guns in Belgium, a licensed release of Tracteur chenille Vickers-Carden-Loyd Utility lightweight tracked tractor was launched (English Vickers Utility B tractor). Before the outbreak of hostilities about 30 of such vehicles arrived. In the cavalry divisions, the vehicle for towing anti-tank guns became a four-wheel drive lightly armored Ford / Marmon-Harrington tractor. This car was assembled in Antwerp on the chassis of a Ford 81Y single-colored car using the front drive axle from Marmon-Harrington. A total of 68 tractors were manufactured. 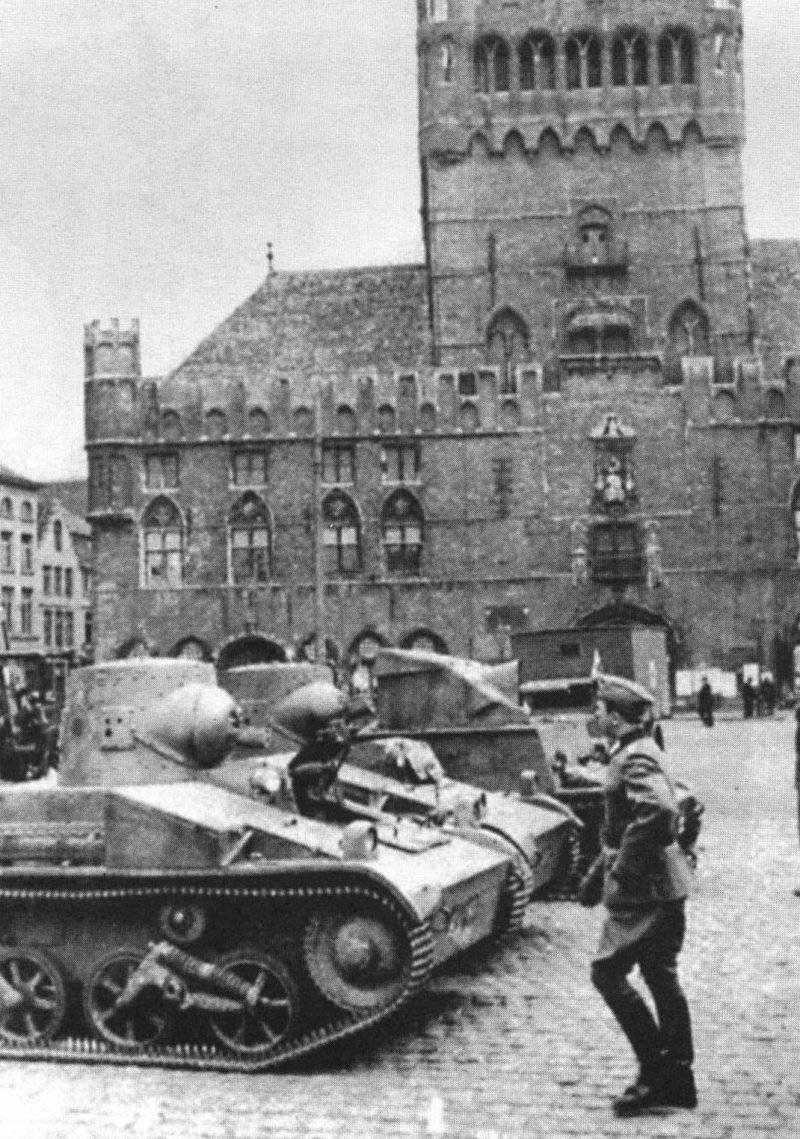 Several T. 15 and ACG1 tanks captured by the Germans were then handed over to police units. About the use of the Wehrmacht self-propelled artillery installations Canon automotor T. 13 is not known. However, the German designation - Panzerjage (Sfl) VA802 (b) - this machine received.

A small number of Belgian all-wheel drive (4x4) Ford / Marmon-Herrington light armored artillery towers were used in the Wehrmacht 14 and 35 and 8 tank divisions as reconnaissance vehicles. But the captured tracked tracteur chenille Vickers-Carden-Loyd Utility, which received the German designation Artillerieschlepper VA601 (b), was used much more widely for towing 50- and 75-mm anti-tank guns. Repair and even the production of these machines was established, which lasted as long as there were enough components. 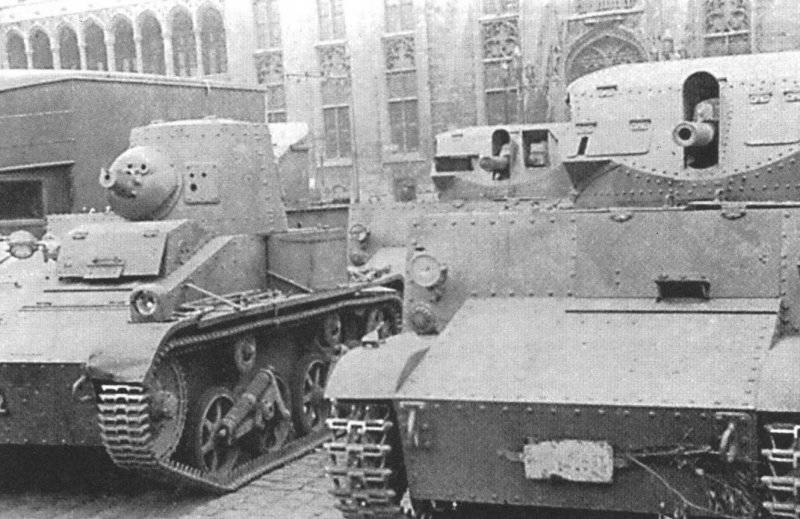 In the Wehrmacht, the light tank T. 15 (pictured on the left), designated the Panzerspahwagen VCL 701 (e), and the self-propelled guns T.13 were practically not used 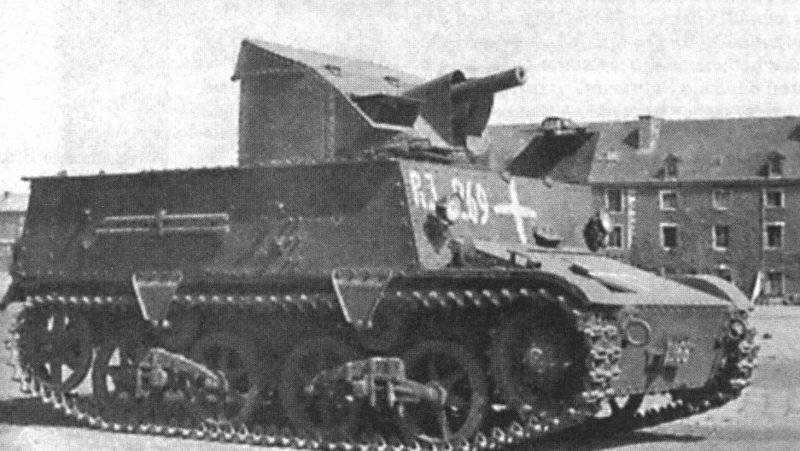 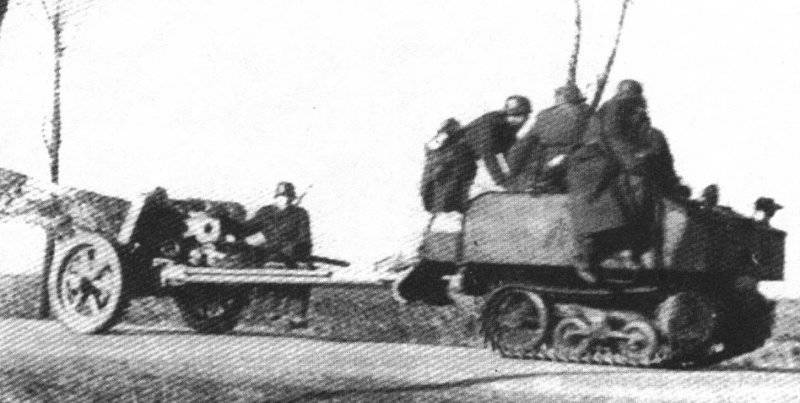 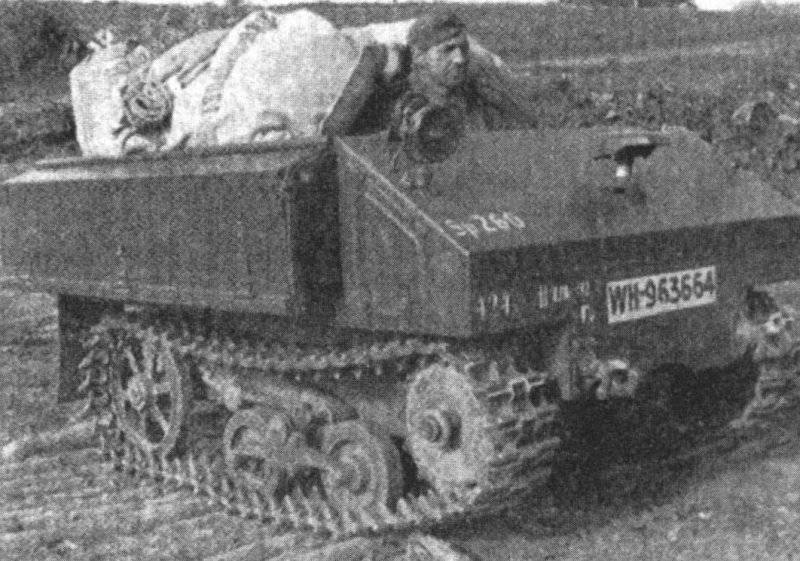 The Vickers-Carden-Loyd Utility light tracked tank received the designation Artillerieschlepper VA601 (b) in the Wehrmacht. The machine shown in the photo carries the Wehrmacht registration number, is equipped with the German blackout Notek and is used in the service of the German field mail 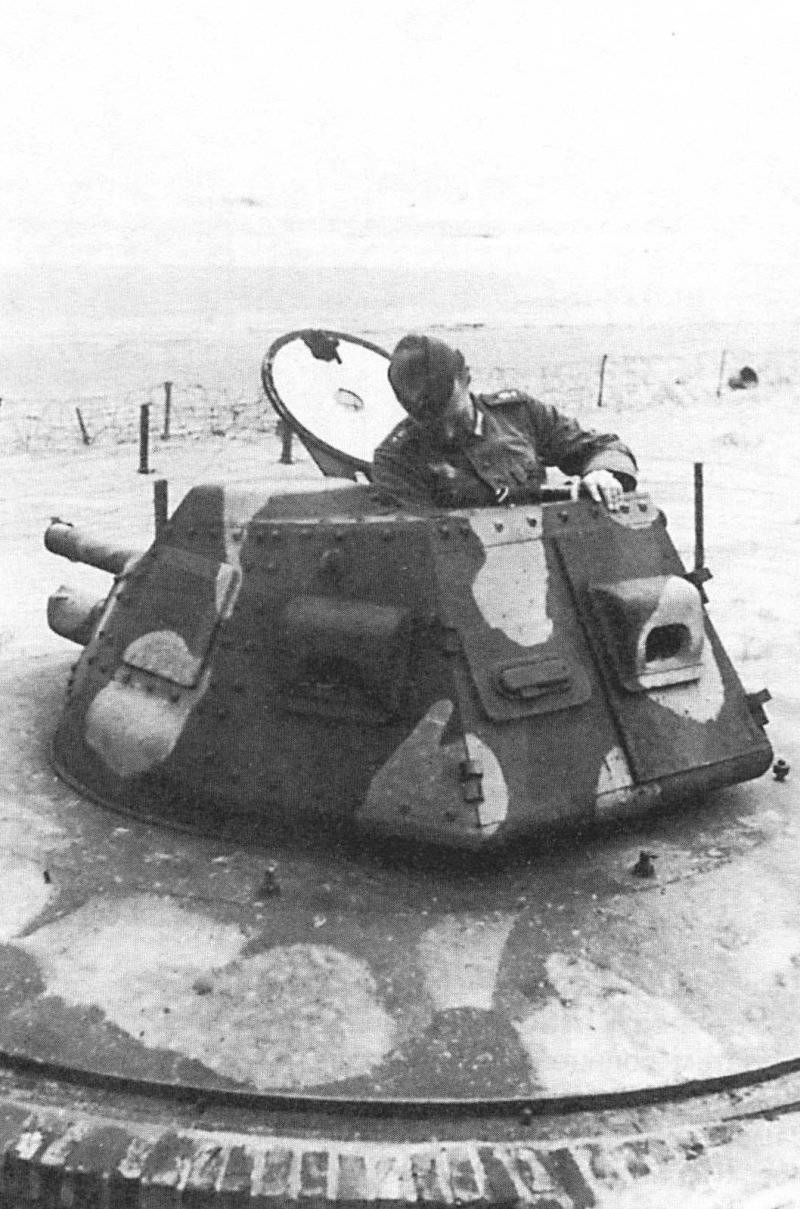 Several towers, dismantled by the Germans from captured ACG tanks, were used as firing points at the fortifications of the Atlantic Wall 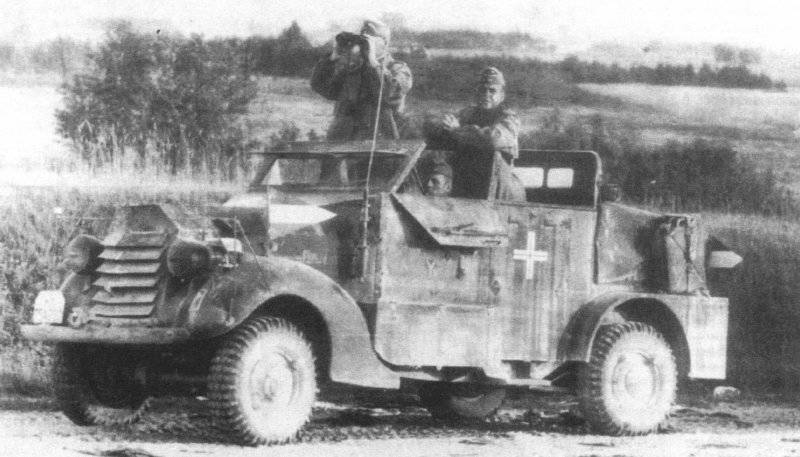 The trophy Belgian light armored Ford / Marmon-Herrington artillery was used as a headquarters vehicle in the Wehrmacht 8 Panzer Division. There is a radio station installed on the machine, and a German Notek blackout lens on the left wing. The triangular flag on the left wing indicates that the vehicle belongs to the divisional headquarters. 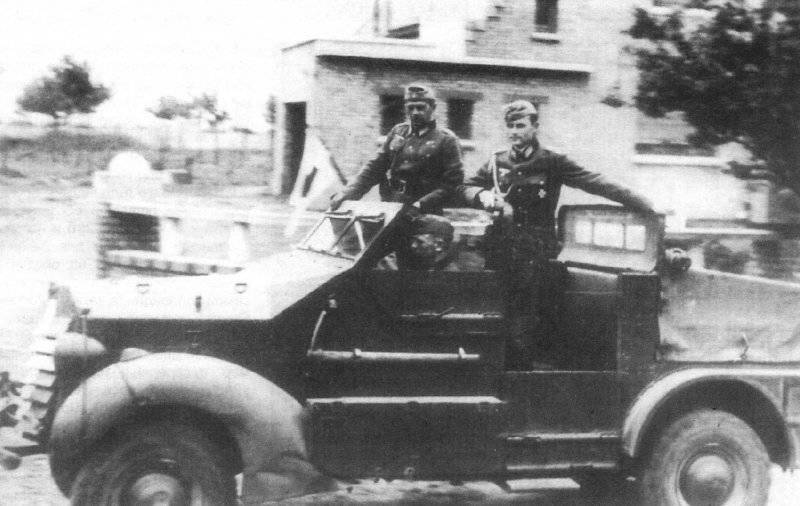 The Ford / Marmon-Herrington trophy tractor is the vehicle of the commander of the 1 th battalion of the 11 th infantry regiment of the Wehrmacht 14 infantry division. The upper part of the driver's door and the entire rear passenger door are folded back 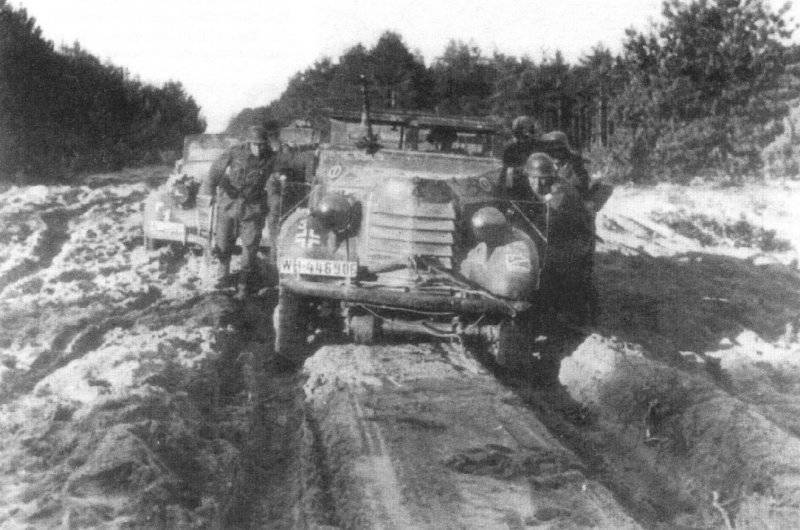 On the Russian roads was not easy and all-wheel drive Ford / Marmon-Herrington. This machine is equipped with a MG34 machine gun.

Ctrl Enter
Noticed a mistake Highlight text and press. Ctrl + Enter
We are
South African armored cars Marmon-Herrington Mk.I - Mk.-IVArmored vehicles of Germany in the Second World War. Part of 2. The evolution of the organizational forms, the composition of the Wehrmacht Panzervawe and the SS troops
9 comments
Ad