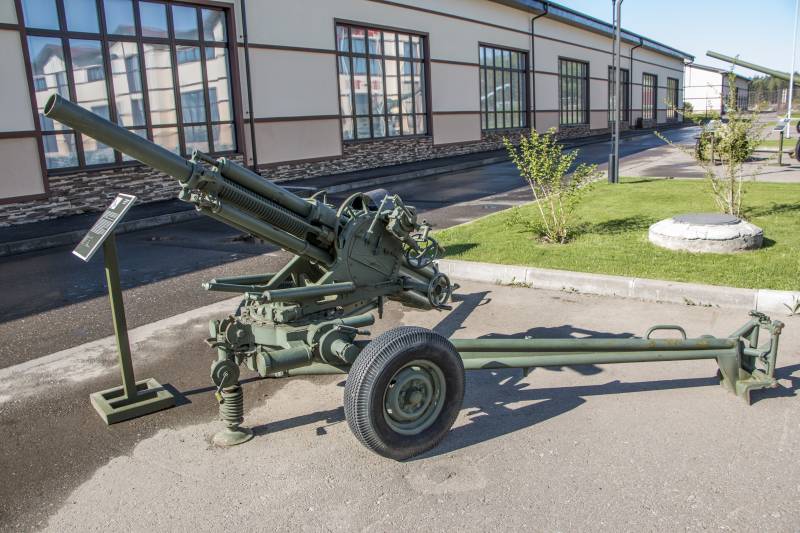 Continuing the theme of modern mortars, we continue to delve into the flowerbed. Needless to say, subtle humor from our gunsmiths. All these "Carnations", "Acacia", "Peonies", "Hyacinths", "Lilies of the Valley", "Cornflowers", "Tulips" ... To enumerate everything that grows and grows on our "flowerbed" is not so difficult how much requiring specific knowledge not only in the field of botany.

To be honest, the authors had an opinion that the majority of designers in the institutes played KVN. At least with a sense of humor, they are all right. Tank T-72B2 - Slingshot. In memory of the hooligan childhood? How is the hint of broken glass at the neighbors? Or anti-missile "Metis". With a sight "Mulat". Perhaps an echo of the festival of youth and students in Moscow.

Today we decided to consider one “flower” that our Tula flower growers have grown. And there are no analogues to which, with the exception of those "seeds" that we sold. Today we will talk about "Cornflower". Tom "Cornflower", from which, for example, our air base in Syria was fired, according to the conclusions made by experts after analyzing the situation.

Even during the period of the Great Patriotic War, it became clear that the troops needed an automatic mortar. Moreover, the mortar is of medium caliber. Large caliber is used to destroy more or less fortified positions. But 82-mm can be used as weapon scare. To drive the enemy "to the bottom of the trenches" and storm the position.

In principle, conventional 82-mm mortars coped with this task. But to create the necessary density of fire, not even platoons were needed, but batteries. And this time. This is a position search. A mortar was needed that would replace the battery when running a quick fire. Such a task was set by the Soviet designers.

By 1946, such a mortar was developed. 82-mm casemate automatic mortar (KAM) with a loading mechanism that uses the recoil energy of the gun. After all the tests, in the 1955, KAM is adopted for service. Moreover, on the basis of KAM a field version of the mortar was created - F-82 (project manager V. Filippov).

However, the mortar was adopted for service. The reason is commonplace. N.S. Khrushchev and his thirst for rocket armament. The USSR will no longer fight in the field, which means that artillery is not needed. Rockets will solve all the issues. All work on automatic mortars was stopped for long 8 years ...

In the 1967 year, the idea of ​​automatic mortars nevertheless returned. It is understood that war with the use of huge armies on both sides in the modern world is unlikely, but the number of small, regional conflicts only increases every year.

Naturally, the work on the automatic mortar was headed by V. K. Filippov, while the head of KBTZHM (KB chemical transport engineering).

It is also natural that when developing the new portable mortar complex 2K21 "Cornflower", technical solutions were used that appeared during the development of F-82. And not only F-82, you should look at another development of that time: the mountain cannon: 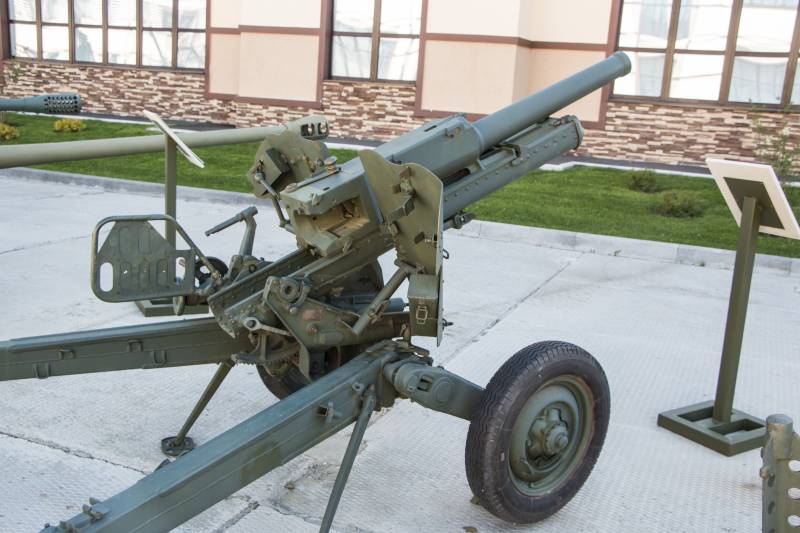 And compare with the mortar ... 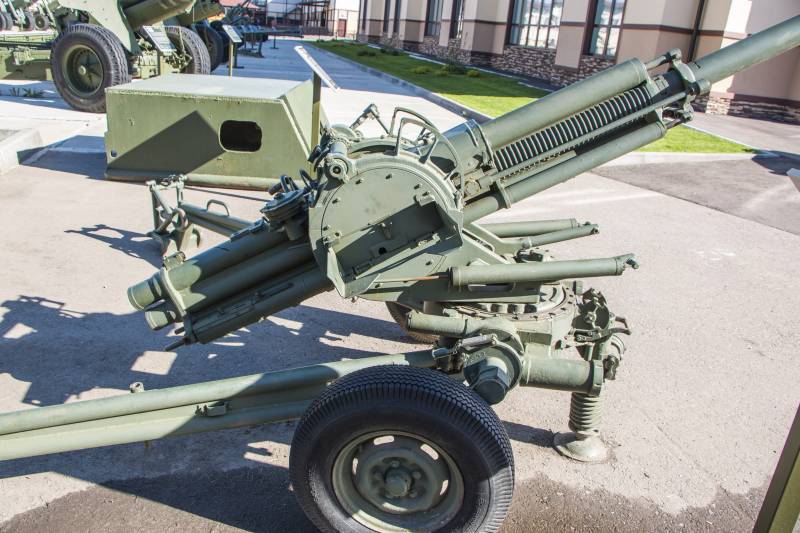 In the future, work on the mortar headed the chief designer of "Cornflower" V. G. Gradov. It was under his leadership that the 2K21 complex was put into service in 1970 year.

They took exactly portable complex, and not specifically a mortar. The complex included: 82-mm mortar 2Б9 and car 2Ф54 (based on the car GAZ-66-05).

Now we need to return to the original task, which we talked about above.

Most readers know "Cornflower" in the modern version of 2B9M. But the first mortars were designed strictly in accordance with the requirements of the 1945-46 army of the years. The maximum number of shots in the minimum time.

That is why Gradov and decided to use the experience of designing machine guns.

Mortar quick-fire. Air cooling will not be enough. Therefore, a sufficiently efficient system with a water heat exchanger was used to cool the barrel. It was this system that provided the rate of fire up to 300 shots per minute!

In the future, when modernizing the mortar, they decided to abandon water cooling. The official version is frequent system breakdowns. The authors lean towards a more prosaic explanation. The same thing happened as happened with automatic small arms.

The high rate of fire harmed, however strange it may sound. 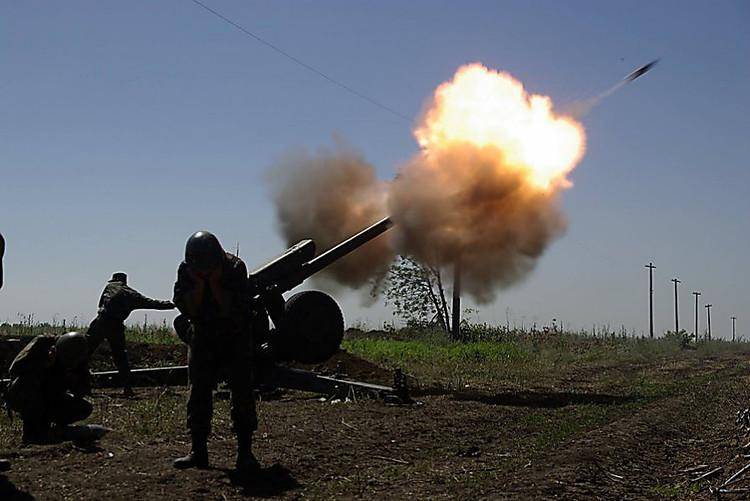 When the radius of a continuous defeat by fragments of one mine in 6 meters (90% struck), the extra mines only reduced the effectiveness of the weapon. They were just not needed.

That is why the mortar barrel thickened, supplemented with ribs to obtain a larger area of ​​blowing. Thus the mortar was transferred to air cooling. At the same time, the rate of fire was mechanically reduced to 100-120 shots per minute. Hence the appearance of the letter "M" in the marking "Cornflower".

So, about the mortar itself. The smooth-bore gun has a cooled mortar barrel, a carriage on wheels with pneumatic tires and an automatic trigger. Shooting is conducted with standard 82-mm mines in cassettes for 4 pieces.

The mortar is guided manually using the handles of the lifting and turning mechanisms located on the left side of the mortar. An optical sight PAM-1 is used with a Luch-PM2М illuminating device (for firing at night). 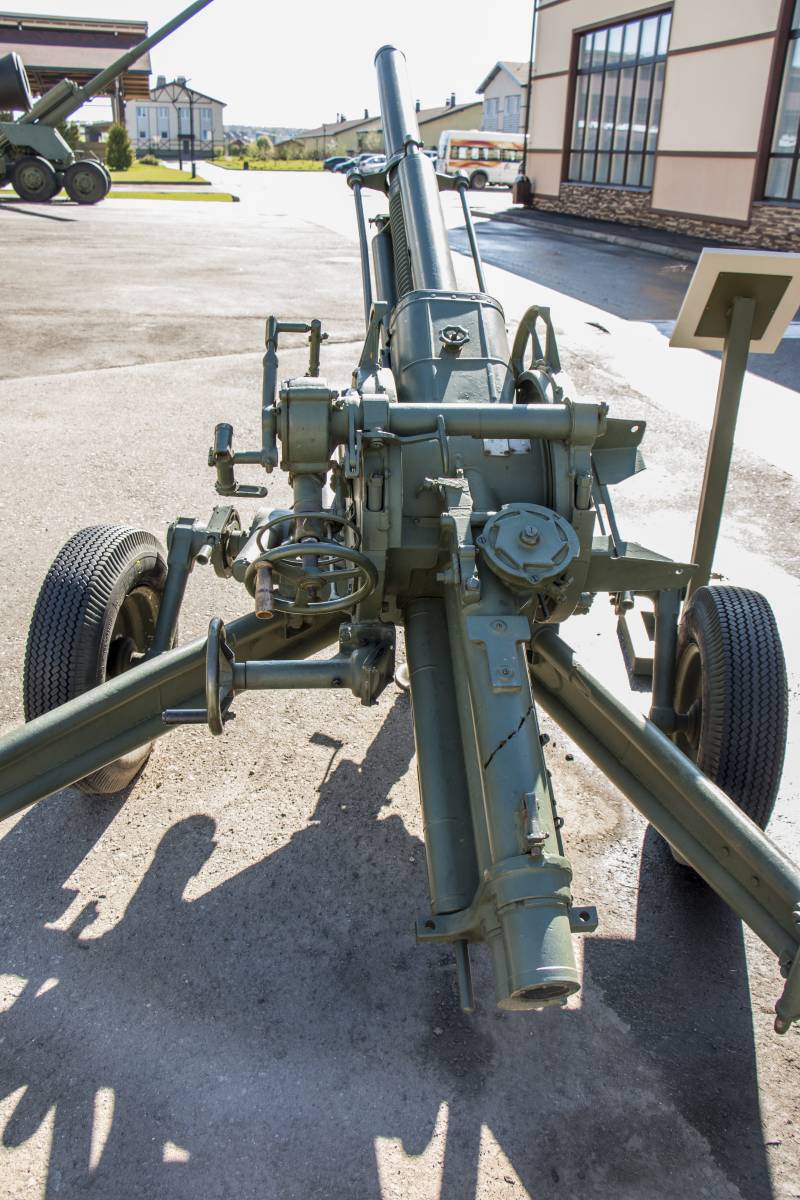 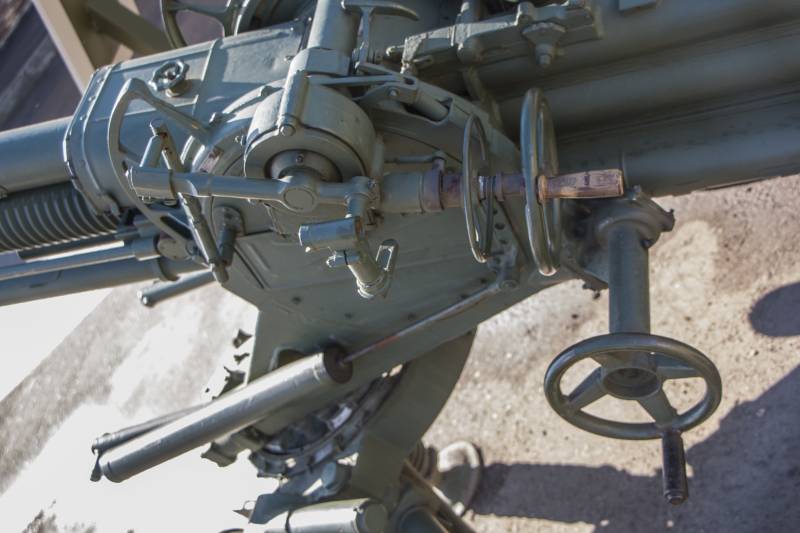 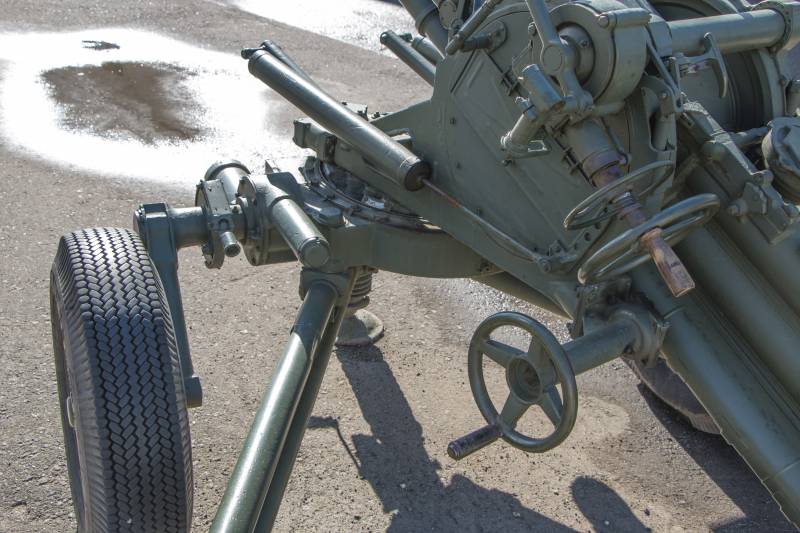 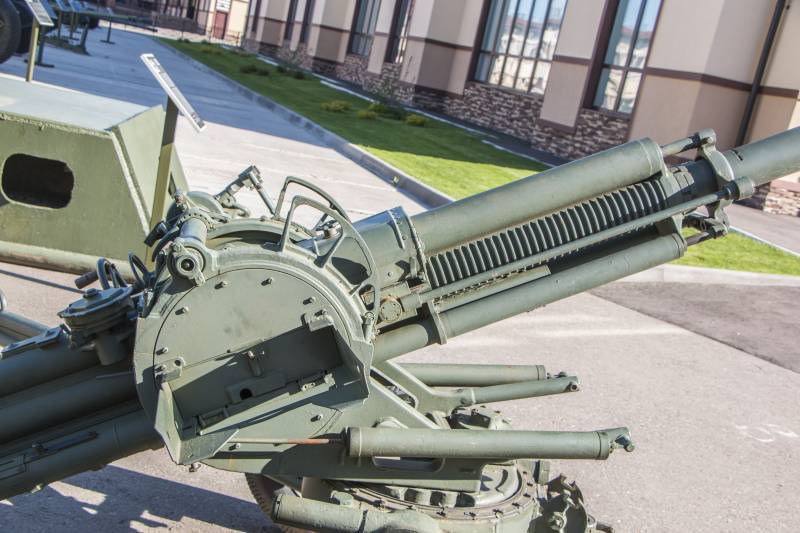 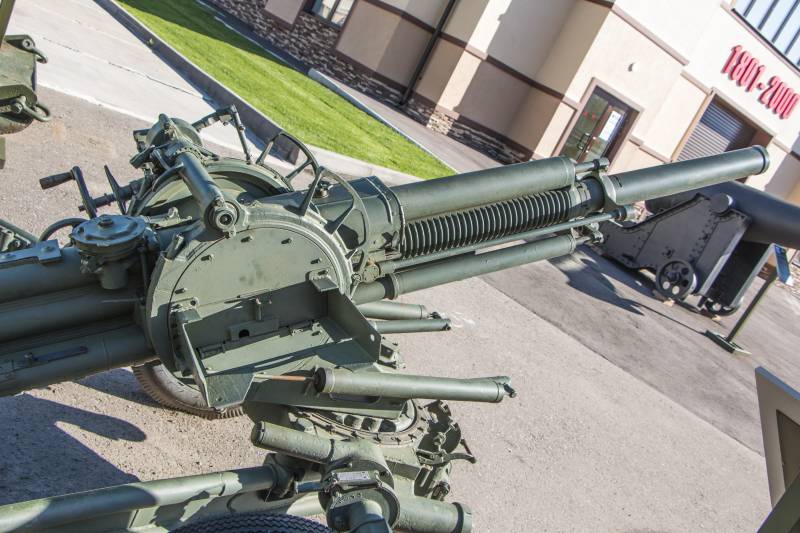 When moving to the fighting position, the wheels of the mortar are hung out, and the mortar itself rests on the jack and the openers of the divorced beds. Mortar jack can be in a raised or lowered position (height of the line of fire 670 and 970 mm, respectively). In the lowered position, shooting is possible at elevation angles -1 ... + 78 °, and for shooting at angles greater than 40 °, a pit is dug under the butt, in the raised position, the elevation angle + 7 ... + 85 °.

The transition time from marching to martial position and from marching to marching is up to 90 seconds. The calculation is made by the 4 of the person: the system commander, the gunner, the loader and the carrier (he is the driver of the 2F54 transport vehicle). 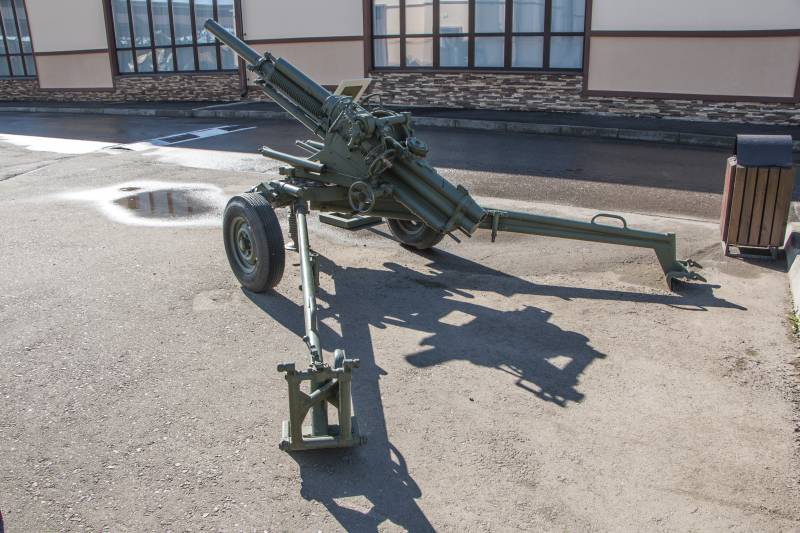 As you can see, the mortar is really quite mobile. But there is no end to perfection. Officially, Cornflower began shipping to CA in 1983. However, those who once visited “behind the river” could see it already in 1982. And those who arrived later saw already the “Afghan version” of the “Cornflower”. This is not a notion of designers, namely the initiative of soldiers and officers. I must say, successful self-activity. 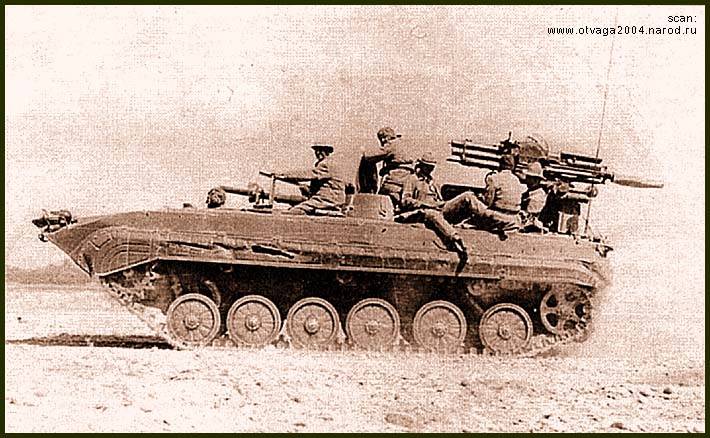 The battalions had a mortar battery in the 1-2 platoon "Cornflowers". 3-6 pieces per battalion. And very soon the commanders of the GAZ-66, who were supposed to be in the state, replaced the good old MT-LB. However, even in this case, the mortar required a half minutes to bring into combat. And in a battle of such luxury, the commander can not afford. The battle in the mountains is transient.

Worked army savvy. As before, it worked with ZSU-23-2. It is this installation settled in the bodywork "KamAZ" in the Afghan columns. “Cornflower” got on the aft part of the MT-LB. So he rolled on the Afghan roads, shooting from short stops. It can be said that the warring army itself has designed a new type of mobile rapid-fire weapons.

How good is this scheme can tell the younger fighters who participated in the conflicts on the territory of the former USSR, in the Chechen war, in the civil war in the Donbas. 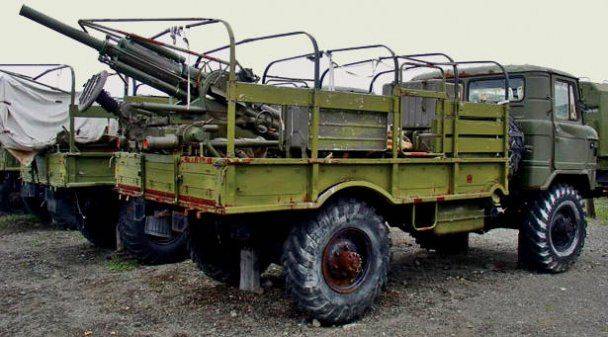 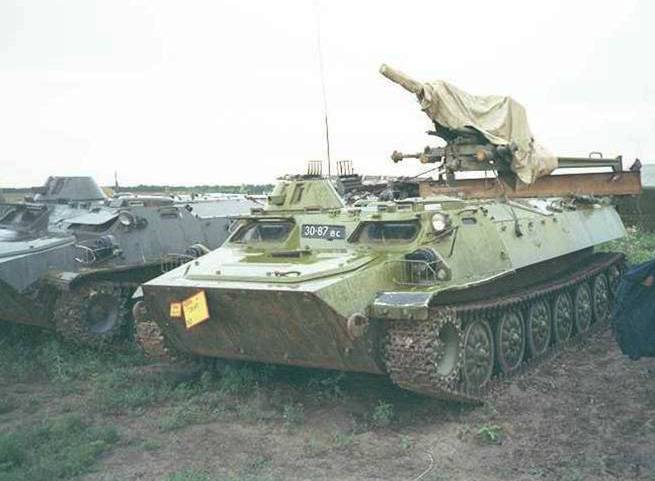 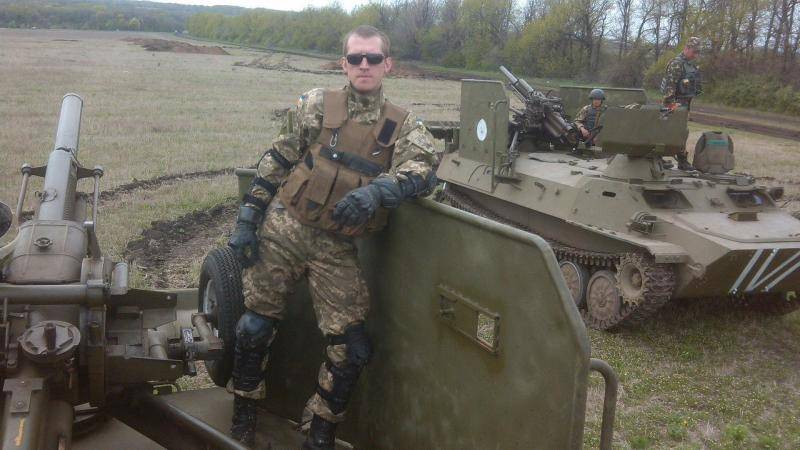 But officially, “Cornflower”, more precisely, the mortar complex 2K21, is located on a transport vehicle of the type 2Ф54 on the chassis of a two-axle cross-country vehicle “Ural-43206”.

And now about the sad. At the beginning of the article we wrote about the "seeds" that were sold in the 90-s of the last century. So, they sprouted. And, probably, many have already guessed where. In China! Sprouted in the form of its own mortar W99.

Today, the number of Chinese clones of the Soviet "Cornflower" already exceeds the number of original mortars. All the PLA mountain brigades are equipped with Ture-99 automatic mortars. And the Afghan experience of placing mortars on tracked vehicles took root in Kazakhstan. Only instead of MT-LB, BMP-1 is used there. 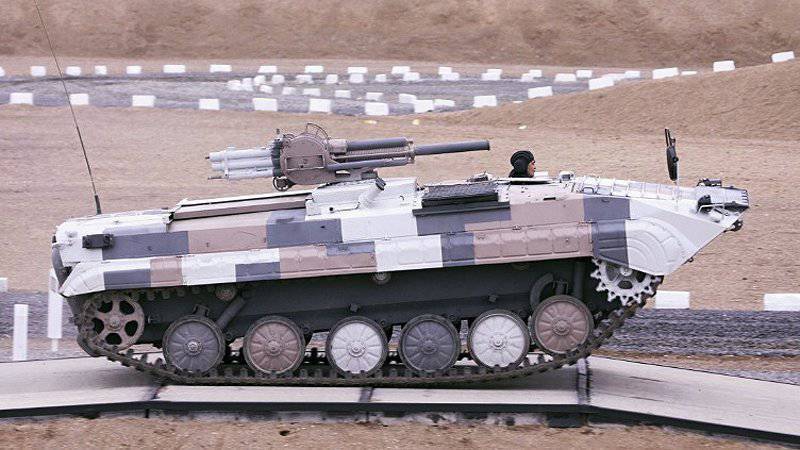 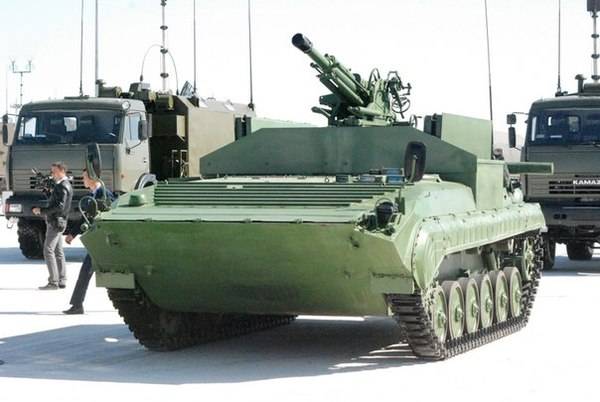 Copy - it means there is something. Of course, if a weapon lives for a long time, that says a lot. One can cite as an example a lot of one-day models, but what can not be taken away is the fact that all Soviet mortars turned out to be more than long-lasting.