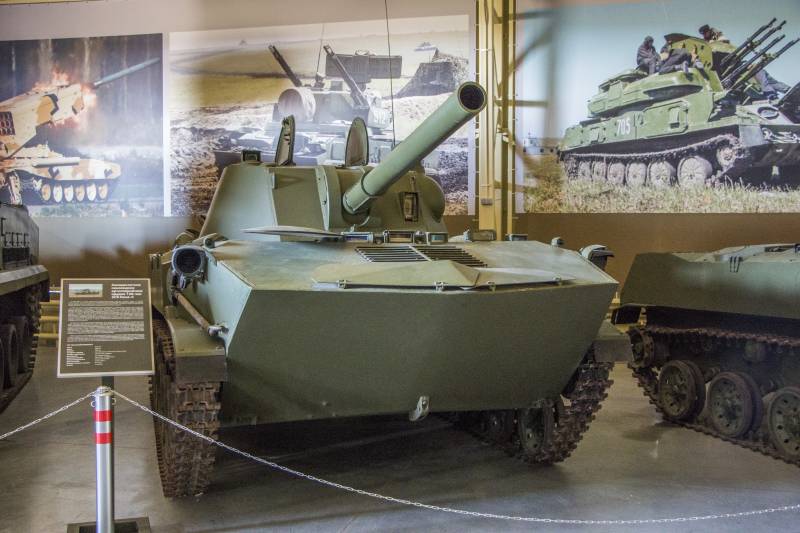 A series of articles on mortars would not be complete if we had not told about one of the most famous products - the universal 120-mm gun "Nona".

We will not repeat the reasons for the success of mortars. But one reason still needs to be voiced. She is simple. Mortar and, most importantly, ammunition to it, are quite cheap in production. To create such a tool today can almost any state with more or less developed industry. 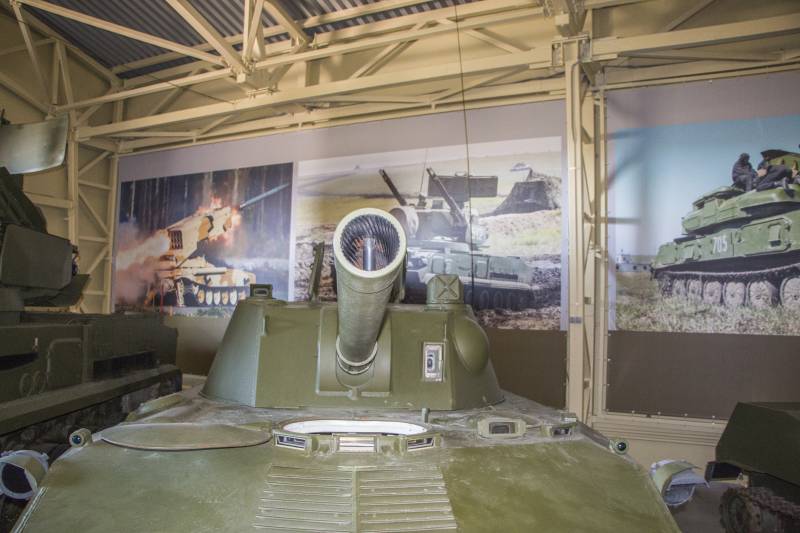 But you can only produce mortars of small and medium caliber. For the production of large calibers requires a sufficiently high industrial and scientific potential. At the same time, the experience of Soviet gunsmiths in creating very large-caliber mortars (see the article “Capacitor and Transformer. Almost on mortars”) showed that increasing the power of a mortar is possible only in enhancing the power of ammunition.

Speaking about the post-war developments, it is worth mentioning the difficulties that the designers faced all over the world.

The first. The lack of materials that could withstand the enormous loads experienced by a powerful mortar when fired.

Even theoretically possible versions of the execution of such a product came across exactly the problem of lack of materials. Super-mortars, large-caliber and mobile at the same time remained the goal of many designers.

A solution was found. And again the French found it. Perhaps, even without knowing it. At the beginning of the 60-s, the French adopted the MO-RT-120 61-mm mortar. 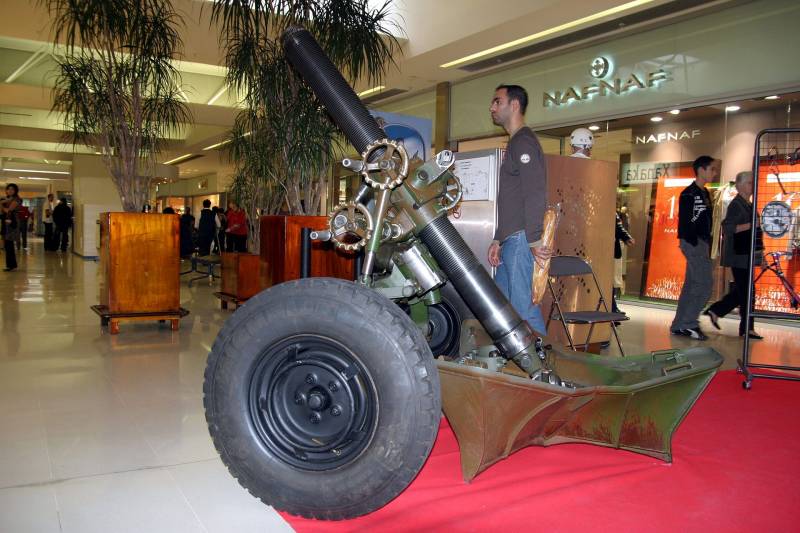 It makes no sense to talk about this mortar in detail. But those, right to say, the revolutionary decisions that are there, are worth considering.

First of all, MO-RT-61 has a rifled barrel! And at the same time, it keeps the muzzle charge. What was not in the artillery before. Mines for this mortar had factory cutting on the leading belt. In addition, in the new mortar used a special charger with a powder charge, which took off with a mine.

It is clear that such a projectile was greeted with bayonets in mortar units. Agree, to insert a mine with cutting on the belt is more difficult than just throwing it into the barrel. This greatly increased the time between shots and required sufficient care from the calculation.

In addition, the problem of "re-stabilized projectile". Mines when fired at high angles of elevation simply "did not have time to roll over." In fact, these mines fell "tail" down.

What is the main drawback of the "classic" mine? The answer is paradoxical - in the mine itself! The device itself of this projectile "throws over the uselessness" of the munition. Fuse in the head. The bulk of the explosive too. At the same time, the stabilizer and the adjacent part of the hull either do not produce fragments at all, or they are large, heavy and, giving the required number of fragments, simultaneously affect the speed of the mine. In the direction of its reduction.

Hence, when the mines are triggered, the main, most efficient and high-speed fragments “leave” to the ground. Simply put, mine "really works" about a third of its body.

In the stabilized mine, with factory cutting, explosives are distributed more evenly and the number of high-speed fragments, according to experts of the artillery of the Central Research Institute of Precision Engineering (TsNIITOCHMASH) in the city of Klimovsk, who tested the French mine, increases 1,5 times.

Moreover, our engineers discovered what they were unsuccessfully searched for in large calibers. The power of the 120-mm rifled projectile mines was approximately equal in power to the power of the 152-mm mines!

Attentive readers have already noticed the "inaccuracy" of the authors. In the previous article, we mentioned the development of Americans in 20-30 years of the last century - ХМ70 Moritzer and М98 Houtar (names derived from the combination of the words mortar and howitzer: MORtar - howiTZER and HOWitzer - morTAR). In principle, these developments can be attributed to what surprised the French. However, the Americans abandoned the idea because of its futility.

But back to TSNIITOCHMASH. It was the test results in Klimovsk that made the Main Rocket and Artillery Directorate start the development of a new gun there. Universal tools!

Here it is necessary to deviate from the topic of the article.

70-s of the last century were the years of active work on the creation of the USSR Airborne Forces. The legendary commander of the Airborne Forces VF Margelov actively punched a new method of conducting military operations using amphibious units and formations. Moreover, according to the idea of ​​the commander, these should have been full-fledged units and units capable of independently performing combat missions with a full range of weapons and equipment.

It was Margelov who saw the prospects of a universal gun for the Airborne Forces. And, in many respects, it was the commander of the Airborne Forces who “pierced” the development of this weapon in the landing variant. By the way, these are not the only products for which B, Margelov became the "father". There were also "Violet" (122-mm self-propelled howitzer) and "Lily of the valley" (120-mm self-propelled mortar). 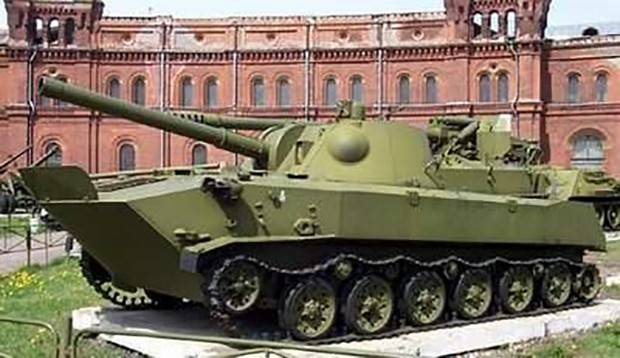 The 122-mm divisional airborne self-propelled howitzer 2С2 "Violet" or the 924 object was not adopted. One of the reasons was the high recoil of the 2А32 gun with D-30 howitzers ballistics, which the modified BMD-1 chassis could not withstand. 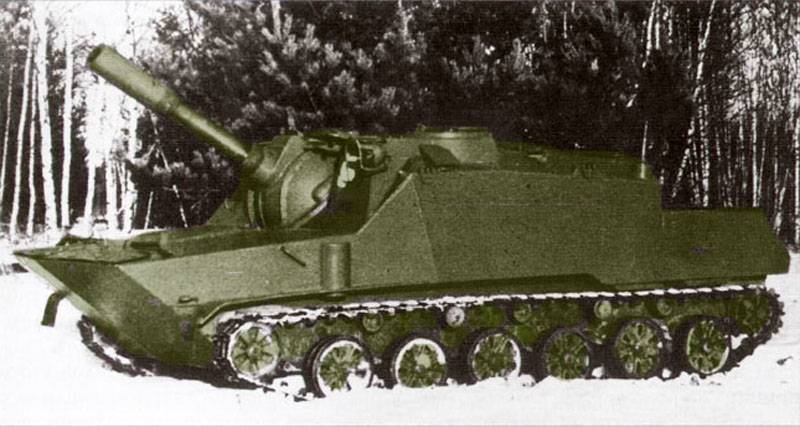 Prototype SAU "Nona-D", built on the chassis 2C2 "Violet". Similarly, could look and "Lily of the Valley" ...

"Lily of the Valley" in the series did not go, the project was stopped at the level of development. But the work was done, and not just done. 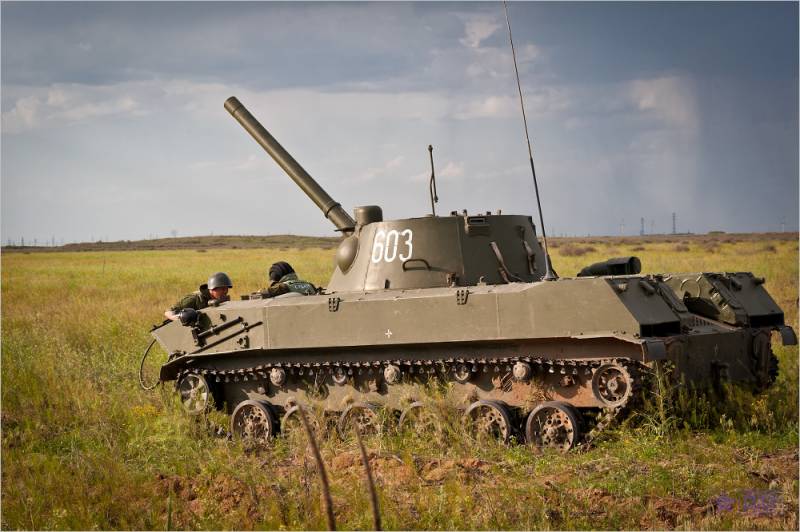 The appearance in the airborne divisions of this gun caused a flurry of enthusiasm. Indeed, maneuverable, on the chassis of the BTR-D machine for paratroopers was "his". Swims, not far behind BMD on the track, light (8 tons in the first version). The tower turns +/- 35 degrees (officially). But, it is necessary to disconnect the hoses of the pneumatic system, in manual mode, twists "head" to all 360 degrees ...

A gun that can fire like an ordinary cannon. And for armored targets and a cumulative shell. True, go to battle with tanksfor example, for Nona, death is similar. The landing gun. Well, the amphibious armor ... I mean, the bullet will not break.

A gun that is a howitzer! Simply put, it shoots a hinged howitzer trajectory with conventional and active rocket projectiles.

The gun, which is a mortar when shooting at the "mortar" trajectory. Moreover, "Nona" - a real mortar, shoots mines of any production. By the way, this was one of the conditions of Margelov. The landing force was to operate in the rear of the enemy. Moreover, "Nona" - a mortar more accurate than most mortars of the same caliber. The breech gun "lengthens" the barrel. 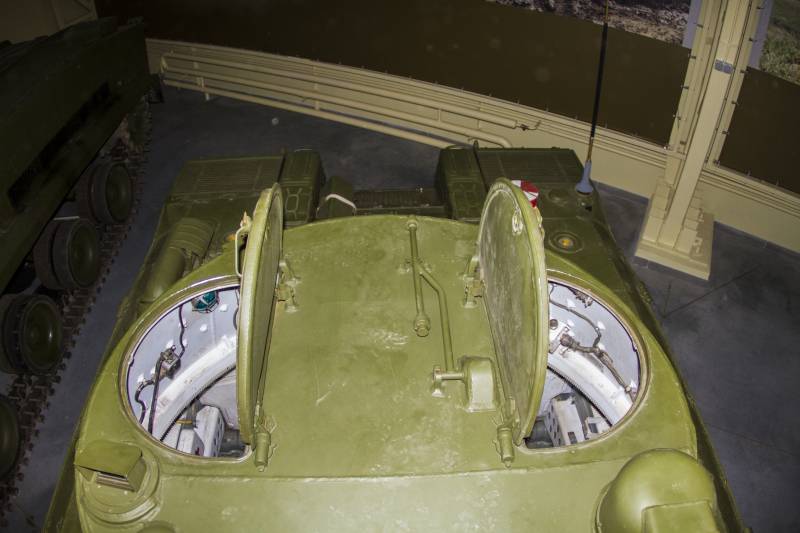 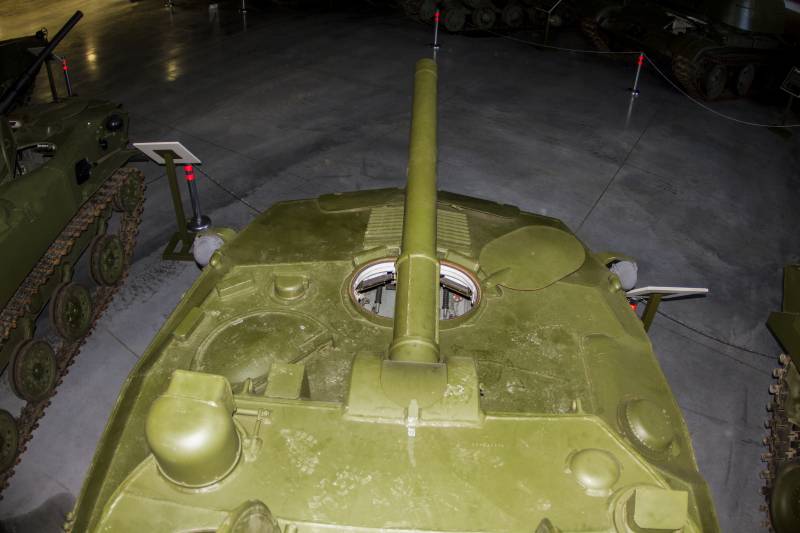 Inside, by the way, is quite spacious. There is a certain expectation to see in the carriage amphibious amphibians, not tankers. 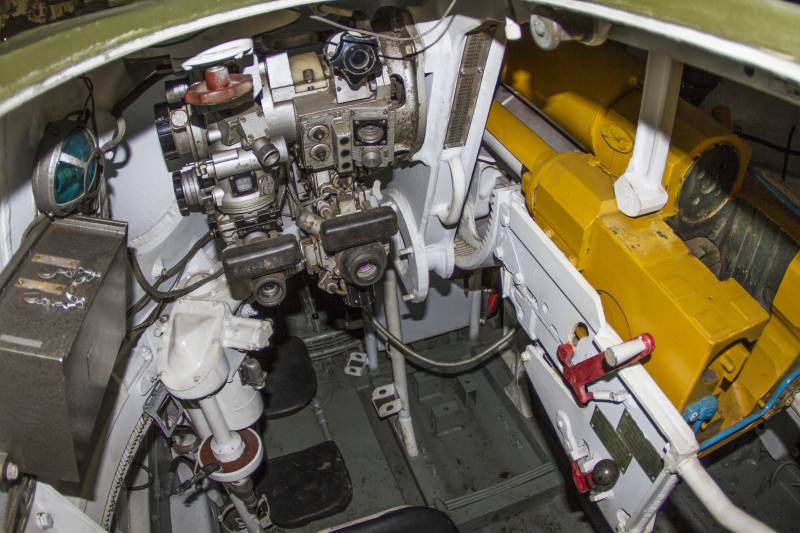 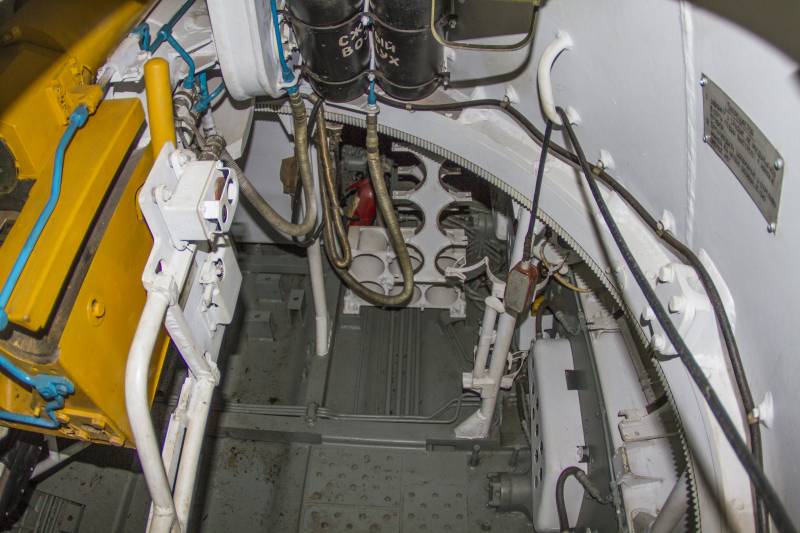 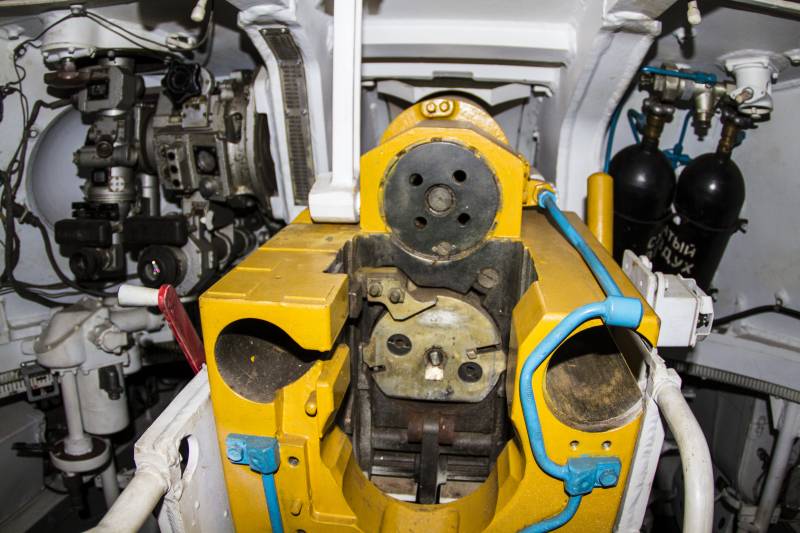 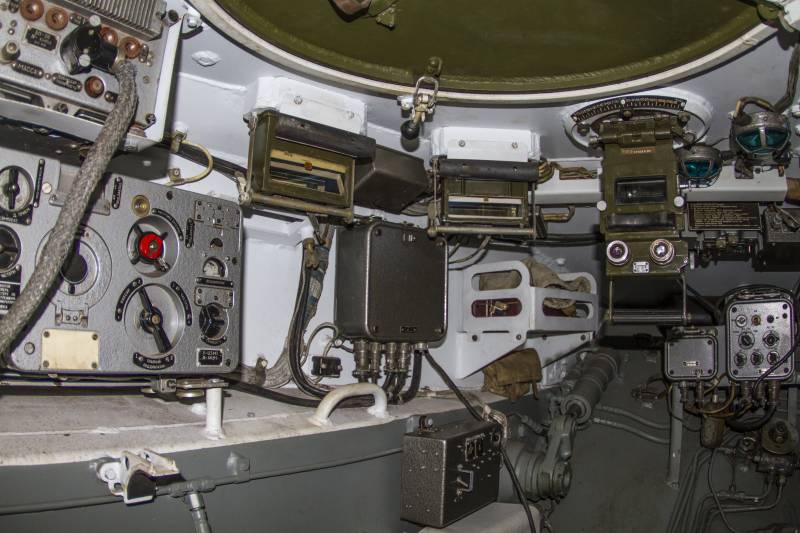 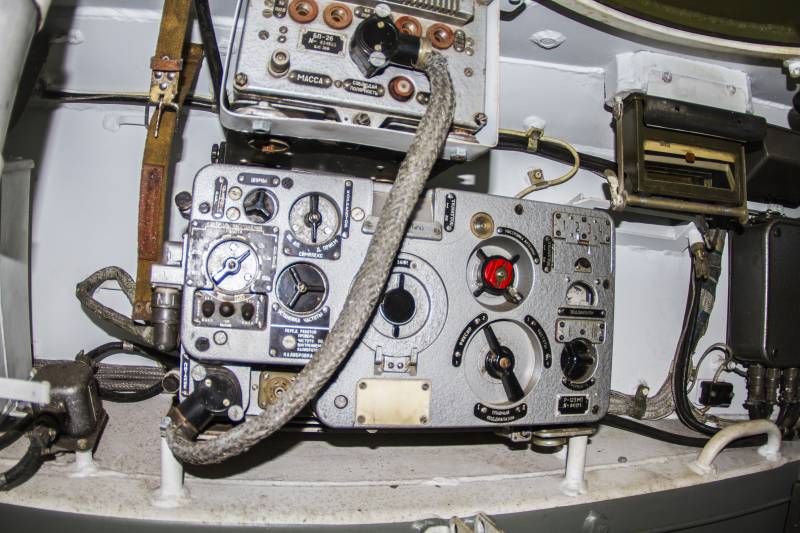 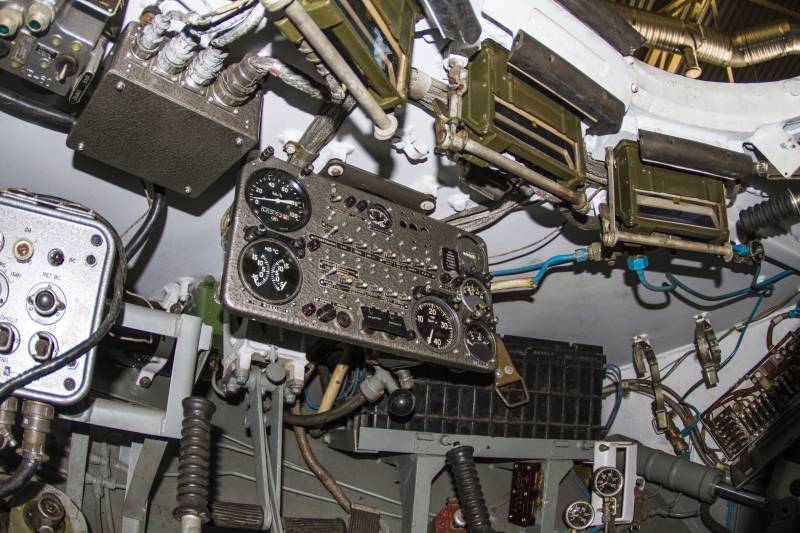 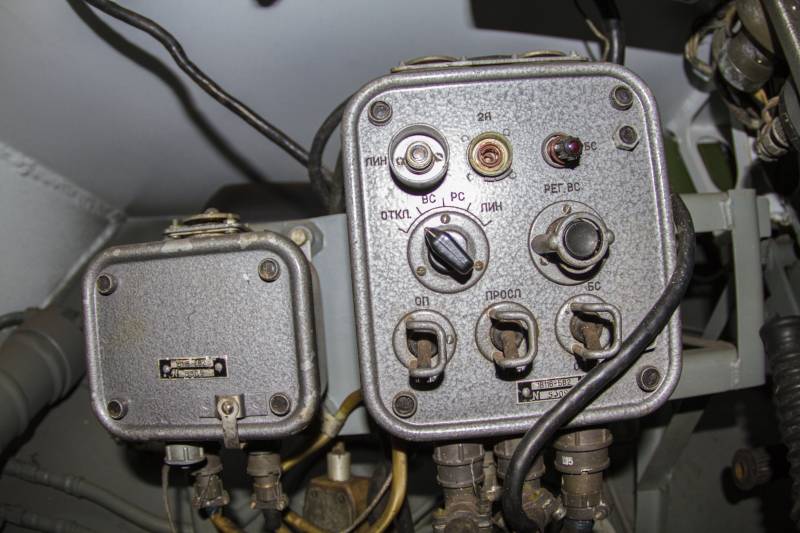 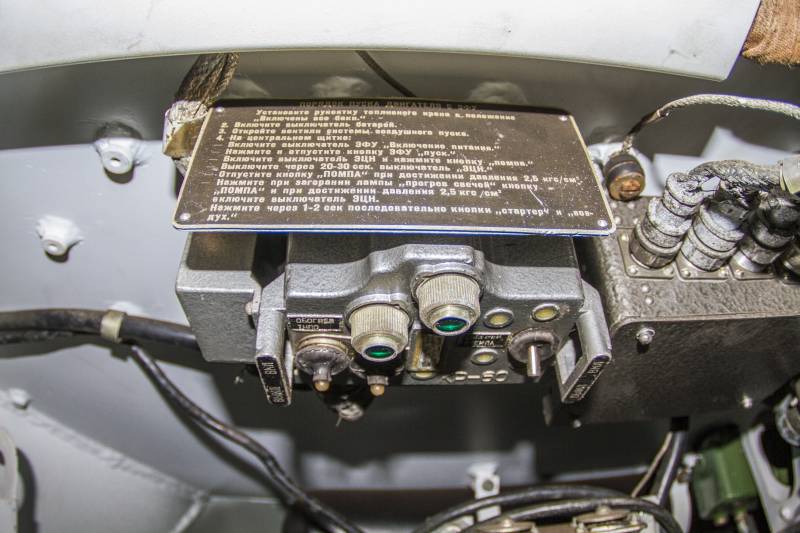 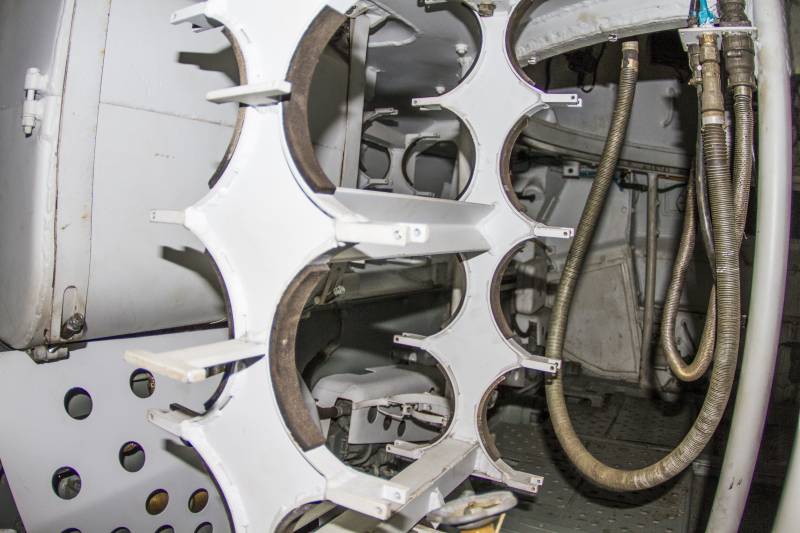 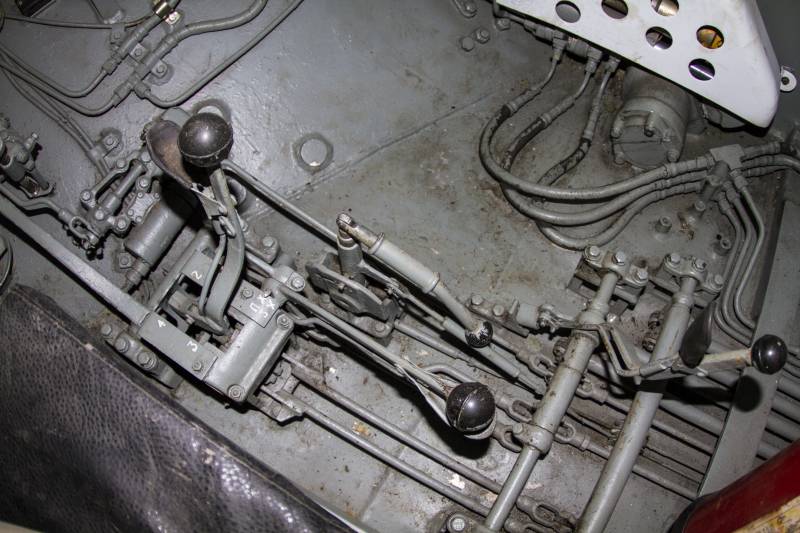 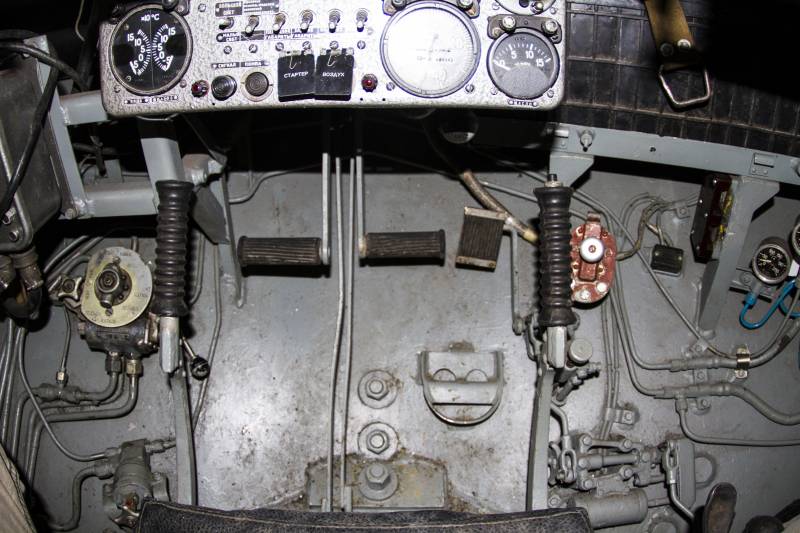 The success of the self-propelled gun "Nona" 2С9 accelerated the development of the towed version of the gun.

The variant is almost identical to “None-S”, but with a different name. 2B16 Nona-K. 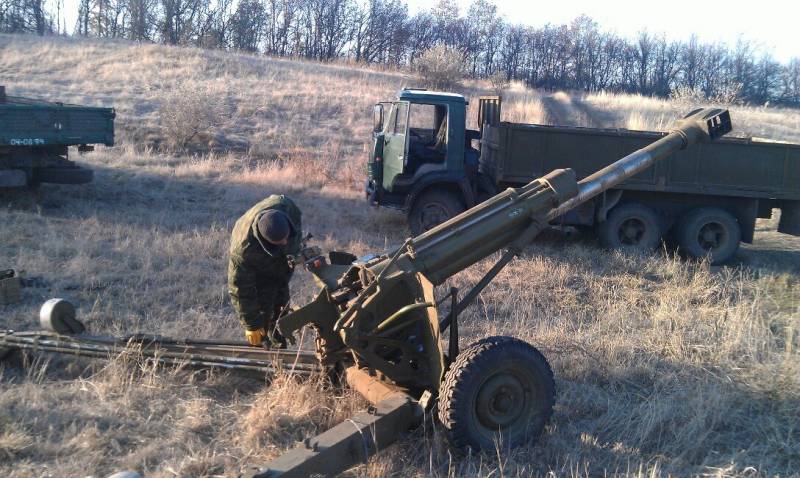 Attentive readers immediately noticed some inconsistency in the title. Domestic towed guns have the letter "B" in the designation. And then "K". The towed version of the "Nona" was adopted in the 1986 year.

For a long time we were looking for an explanation of the very word "Nona". The options are many, but there is no 100 percent answer. Most likely, the name is chosen "for reasons of secrecy." But this is just our opinion. As well as the fact that the classic designation of the gun "Nona-B" would sound interesting enough for our army joker.

Moreover, "Nona" went to the infantry. The ground forces, taking into account the specifics of their own armored vehicles, ordered the Nona variant for themselves. The gun-howitzer-mortar "moved" from the BTR-D to the BTR-80. In this embodiment, it is called 2C23 "Nona-SVK". Accordingly, the status has changed. The battalion self-propelled artillery gun. Adopted in 1991 year. 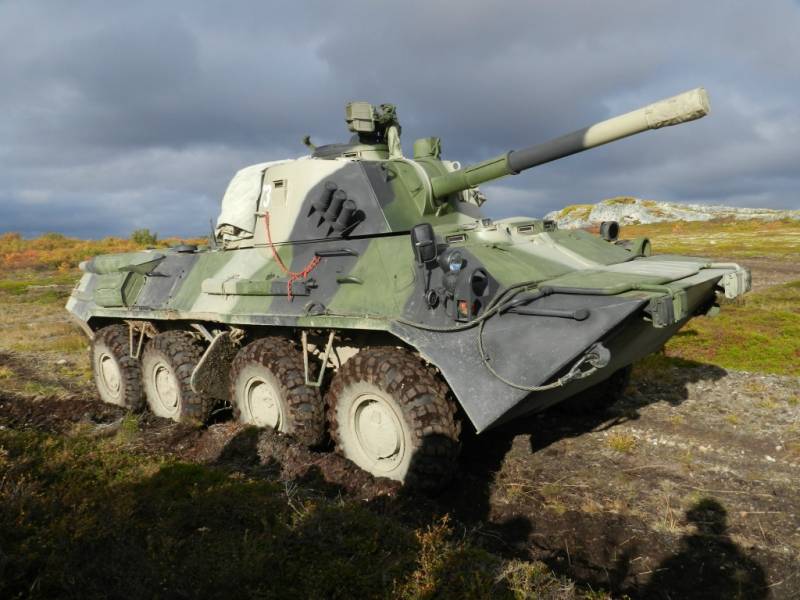 There is also a towed version of the 2C23 Nona. This tool today can already be seen in ... MOE. Light, with the possibility of transportation by helicopter, the gun is successfully used in the mountains and in extinguishing fires in the taiga. 2C23 “Non-М1” is also used in the elimination of ice jams on rivers. 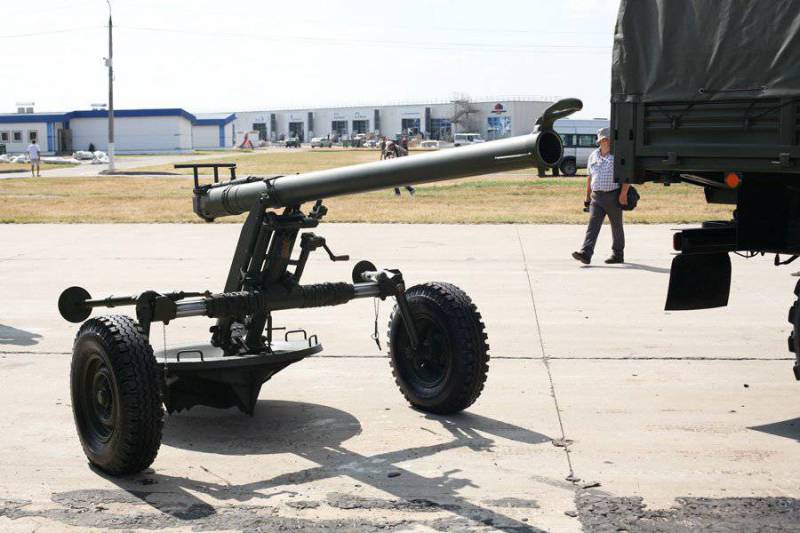 In general, if we talk about universal tools, "Non" had to be called "Eve." Beautiful tool, but the first. Parent (if she has a female name). And the "baby" already has. Daughter.

The truth is called "daughter" is not quite traditionally - "Vienna." Full name - self-propelled artillery 120-mm gun 2С31 "Vienna". The gun has been in service since 2010. 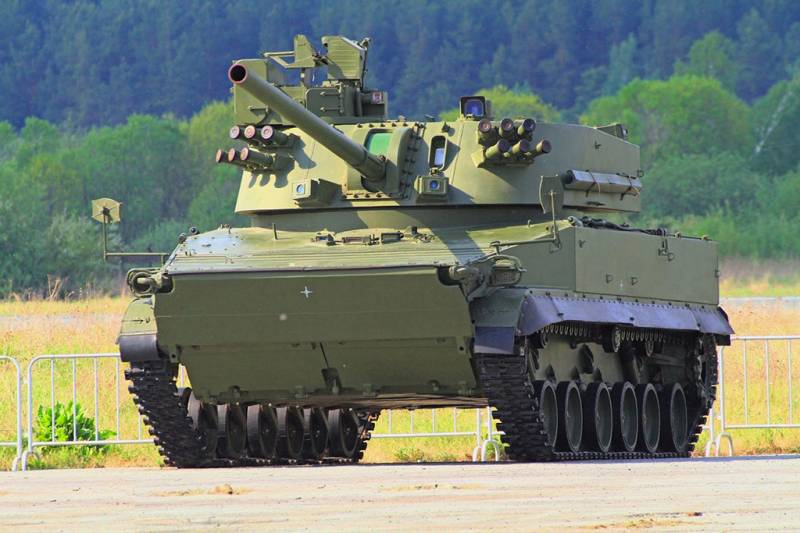 The fundamental difference from "Nona" for this tool is automation. On board there is a computer that controls the entire complex. Practically, the CAO operates in automatic mode. From receiving commands via telecode channels to automatic weapons at the target. In addition, the complex automatically controls the guidance after the shot.

Also in 2C31 there are a number of systems that help the crew in their work. These are systems of topographic location of the gun, reconnaissance and target designation systems, laser range finder for automatic determination of the distance to the target. At the same time, the possibility of manual control is fully preserved.

The gun is now located on the BMP-3 chassis. This allowed not only to increase the ammunition to 70 shots, but also to create a mechanism for the rapid repayment of hull oscillations after the shot. That, in turn, allows you to make several shots without changing the sight.

The airborne troops decided to take the path already mastered by motorized infantry. And, according to rumors, paratroopers are demanding a “Vein” in the “Crimp” variant. Only in contrast to the land variant, the Airborne Forces want to "transplant" the "Vienna" on the BMD-3. So we are waiting for the birthday.

The potential of universal guns is only being revealed. The future of this weapon is bright. Especially when you consider the latest developments of ammunition for such weapons ...

P.S. Mortars are on their way!