The roads of the gods. Why Russians Crossed Out From Ancient History 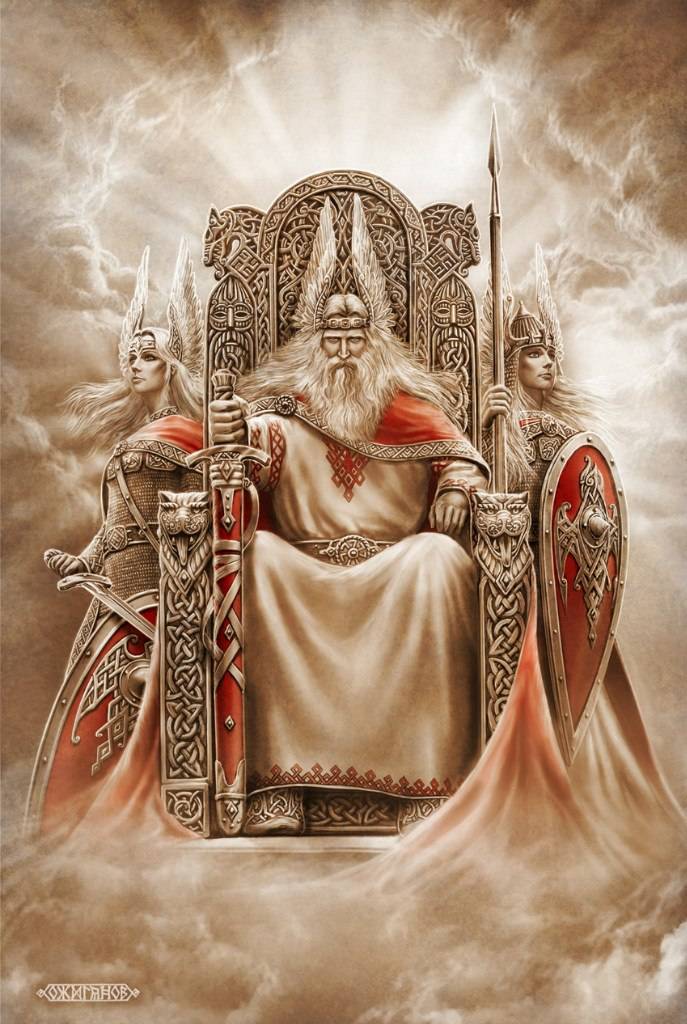 "Rod" is a Slavic god, the creator of the world and the father of the first generation of bright gods. I. Ozhiganov

Secrets of ancient Rus. In his monograph “The Roads of the Gods,” the historian Yu. D. Petukhov sets forth a fundamental discovery that is hushed up in the West and around the world. It lies in the fact that the ethnocultural linguistic core of the Praetnos of the Indo-Europeans (Aryans) consisted of the direct direct ancestors of the Slavs-Russians. This discovery is argued on the richest archaeological, ethnographic material, on linguistic analysis and analysis of primary mythological images of the peoples of the Indo-European language family.

Indo-European Aryans, ancient Aryans. Who are they? Where did you come from? Where is their ancestral home? What gods were worshiped? This mystery of millennia was considered insoluble. Over two centuries, about twenty major hypotheses were created about the origin of the Indo-Europeans and their stories. Some of them have become almost immutable dogmas and go from textbook to textbook, from an encyclopedia to an encyclopedia.

As a result, in the West (Roman-Germanic and Biblical historical schools) a classical historical scheme was created, familiar to us from the school bench: primitive (Ancient Egypt and the Ancient East, Ancient Greece and Rome - barbarians); mainly Germans and Gauls - the European Middle Ages, etc. A little attention is paid to Ancient India and China. Each naro-element has its own place: in Egypt - the Egyptians, Palestine - the Jews, in Greece - the Greeks, in Rome - the Romans, etc. In Europe, on the outskirts the "wild" Slavs hardly loom, and even then mostly southern, which supposedly appeared in the Balkans only by the XNUMXth – XNUMXth centuries. Only at the end of the VIII, and even in the IX – X centuries. a figure of a “brutal” Eastern Slav emerges from swamps and forests, and it immediately occupies vast territories. At the same time, the Eastern Slavs, Rusichs, before the arrival of German-Scandinavian civilizers and Greek missionaries, according to this theory, were in complete savagery. They picked mushrooms, berries, wild honey and beat the fish with pointed twigs. Here is a similar picture of the past gets a young man in schools in Europe and Russia.

At the same time, the fact that the "young" Russian people created writing before the adoption of Christianity is omitted. That the Russians have the oldest literature in Europe, which is inferior in antiquity only to the literature of the ancient period. True, there is a well-founded opinion that "antique" literature was created in the Middle Ages. Accordingly, Russian literature in antiquity is not inferior to the so-called. antique. That Russian mythology has its roots in the most hoary antiquity, by the time of the appearance of man himself. And its root foundations are older than the famous Scandinavian-Germanic, Celtic, Roman and Ancient Greek mythologies. That “Slavs Russ appeared from nowhere” at the same time, literally in one or two centuries (which is impossible in principle) created in one territory a “country of cities” - Gardarik, with a rich material culture, developed crafts and trade. And all these are indisputable facts. However, the Western scheme of history lives and thrives.

Indo-Europeans as a single linguistic and ethnic community existed from 15-12 thousand BC. e. up to 5-4 thousand BC e. In 3 thousand BC e. there is a divergence of Indo-European dialect groups, filial ethnic groups stand out from a single trunk. First, the Italian, Hetto-Luvian, Tochar, Armenian, Celtic, Greek, Indo-Iranian, Germanic branches stood out. Later, the Balts and the Slavs separated from a single trunk. Moreover, as Yu. D. Petukhov proves, the Slavs-Russians were the trunk of a huge superethnos, and they retained in their language, anthropology and mythology all the leading signs of the Aryan Indo-Europeans.

Initially, the ancestral home of the Indo-Europeans was sought in the East and in Central Asia, for example, in Tibet. Researchers were attracted to places close to Iran and India. It has been suggested that the Aryan ancestral homeland was located in the Caspian region or in ancient Bactria. Searched in Europe: from Spain and Iceland to Scandinavia. There was a time when self-confident German scientists declared the Germans direct descendants of the Aryans and believed that waves of Aryan-Germans spread around the world in waves from Central Europe. Allegedly it was the Pragermans who brought the culture to the wild Slavs.

A very important point is that all Indo-European peoples (modern Russians, Lithuanians, Germans, Swedes, French, Italians, Scots, White Indians, etc.) have common roots in languages, traditions, rites, legends, legends, traditions, a kinship of mythologies. Its foundation is in pramyphology, the unified faith of the Aryans-Indo-Europeans. A common spiritual culture was born during the existence of the pranarod, a single ethnocultural community. And these roots, to a greater or lesser degree, have been preserved among peoples that have scattered all over the world and have gone thousands of kilometers from their ancestral home. In particular, ancient Indian mythology can be called a real reserve of Russian spiritual culture, which existed 4-5 thousand years ago.

The hypothesis that since the first records of the Slavs appeared in the middle of 1 thousand n. e., and, therefore, at that time the Slavs arose, can be immediately discarded. It was invented by Western racists. Even in those days when they tried to prove the "birthright" of the pragermans. When studying the Indo-Europeans, you can find that there is some kind of permanent ethnic language core. In the late period, these are the Balto-Slavs, before them - the Celtic-Slavs, Scythian-Slavs. As they move to the periphery, filial ethnic groups are distinguished, to the west and northwest - the Celts and Germans, to the north - the Baltics. The Baltic-Slavic cultural-linguistic community existed relatively recently (in historical terms). As early as the XNUMXth century, the Baltic tribes worshiped Perun and Veles-Volos, while most of the Rus had already adopted Christianity.

Previously, there was a German-Baltic-Slavic community. The core in this community is the Rus (Pre-Slavs). The Germans stand out from a single community only when they begin to develop Western lands and are influenced by Rome. Going down the timeline even lower. We discover the ancient "Greeks" who came to the Peloponnese from the north and brought the Mediterranean Slavic gods and elements of a single spiritual and material culture. Greeks Greeks strife. The ancient gods and the hero of Ancient Greece have practically nothing to do with the present Greeks. These are aliens from the North, with white skin, blond eyes and hair, tall. For example, Apollo is a barbarian and hyperborea from the north, Copolo - Coop is the solar hypostasis of the Almighty Rod among the Indo-European Rus (among the later Russians Kupala). Patron of warriors and storytellers. Transformed by the "ancient Greeks" into Apollo. Artemis-Artemis (among the Romans - Diana) is Roda, the youngest Rozhanitsa, daughter and at the same time hypostasis of Lada. One of the oldest mythological images of the Rus, dating back to the Paleolithic and matriarchy. The “Greek” Hara-Hera is Yara, the goddess of the Rus, the sister and wife of Zeus-Alive, the hypostasis of Mother Lada.

Proto-Greek tribes for two millennia moved to the Mediterranean. These are natives of the “Greek-German-Baltic-Slavic community. Moreover, the permanent part of this community is the Slavs-Russes. They preserve the original anthropological appearance, language and mythology of the superethnos from ancient times to the present day. The pro-Slavic archaic carried away by the Aryans to the South will be preserved best of all among the Indo-Aryans. That is, even earlier there was an Indo-Aryan-Proto-Slavic community.

Thus, “Slavism” begins with the most ancient Indo-Europeans and, to a large extent, is precisely them. The Russ-Protoslavs, the ethnic core of the Indo-Europeans, first “gave birth to themselves” Indo-Aryans and ancestors of the Anatolian peoples (Hittites, Lycians, etc.). Then began a prolonged selection from the main core of the protogreek element that populated the Mediterranean. Likewise, with a delay, an isolation of the Italian element occurred, which served as the basis for the Romanesque group. This is the key to the Etruscan Rasenians, who until the very end retained the main signs of the Rus and served as the foundation for "Ancient Rome." Later, the ancestors of the Germans and Celts separated from the common core. The Balts did not go far from the core, therefore, they kept the old Russian archaic (with common gods and language) the best and the longest.

The historian Yu. D. Petukhov unraveled the mystery of the millennium; materials of mythoanalysis, linguistics, toponymy, onomastics, anthropology and archeology unambiguously show that the original Slavic Indo-Europeans were Aryans. It was they who, in confusion with the archatropes of Eurasia (pre-ethnic groups), generated all the existing and extinct peoples of the Indo-European language family and preserved themselves in direct descendants - Russian-Russians. Indo-Europeans and Great Indo-Europeans were those who are called Slavs. Although this is a late and not the only ethnonym "pranaroda". Other names are Aryan-Yari, Rasen, Venetian-Venetian, Russ, Scythian-chipped, etc. The ancestral home of Indo-European Rus, both primary and secondary, were located in their habitats in the Middle East, Asia Minor, Balkans, in the Mediterranean, Northern Black Sea Region, on the Volga, Don and Southern Urals. 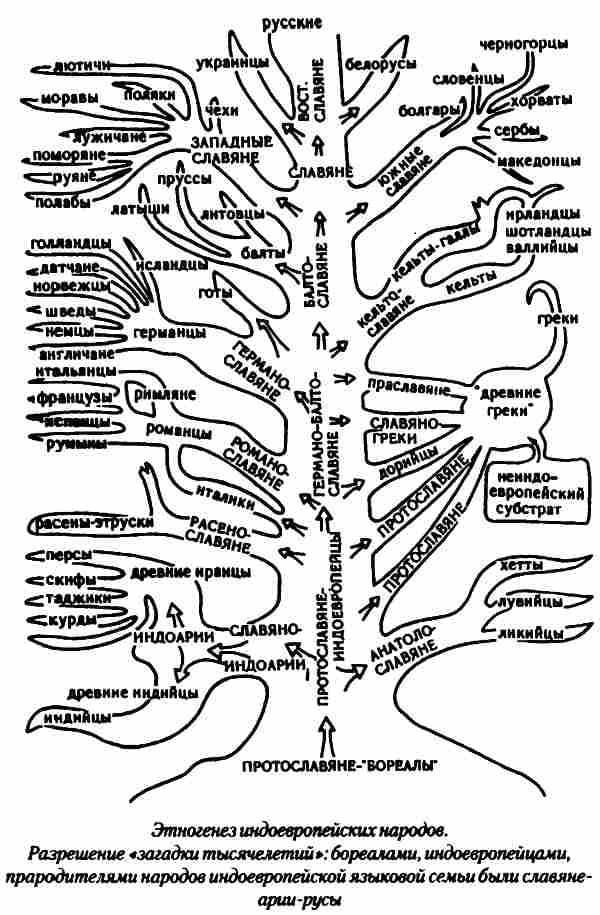 How the Russians converted to Islam
The Mystery of Russian Khazaria
"Slavic Atlantis" in Central Europe
Arsa-Artania - the ancient power of the Rus
The myth of the Tatar-Mongol yoke
There were no Russians? The mystery of the origin of the Russian people