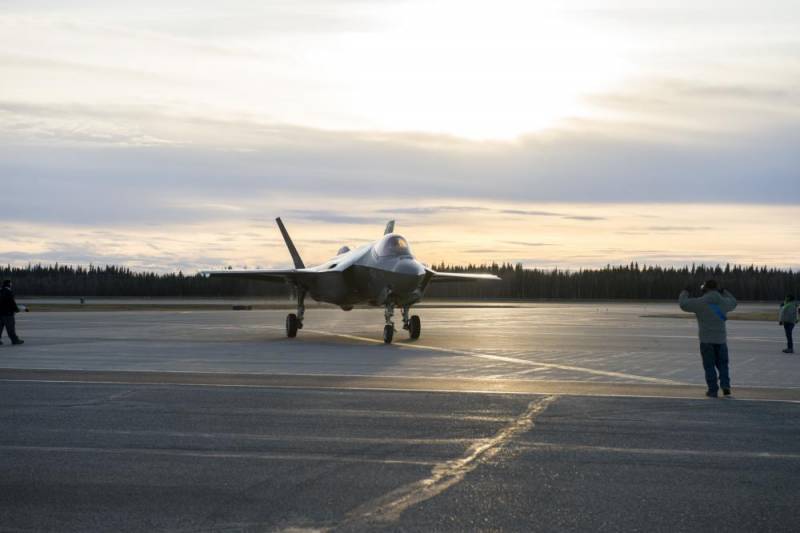 There is no doubt that the F-35 took off as a combat aircraft. Back in May 2018, the F-35 was first used in a combat situation: it was the Israel Defense Forces vehicles. In 2019, the Jewish state continued striking targets using the F-35. On April 30, 2019, the US Air Force first used F-35A fighters in hostilities: the aircraft attacked ground targets using guided aviation JDAM bombs.

More importantly, as of July 2020, 530, more than 35 F-35 aircraft of different versions were built, with a declared total number of more than three thousand units. The F-XNUMX has become the world's most massive fifth-generation fighter, and with a high degree of probability it will be the only new-generation mass aircraft in general.

Recall that the Americans stopped producing the F-22 long ago and will not start production again. Russia has not yet adopted a single serial Su-57, and the Chinese J-20 is seen an attempt by the PRC to jump over its head, although it is too early to draw concrete conclusions.

In this regard, it is logical that for the Americans (as well as a number of their allies) the F-35 has become the main military project of our time. And they will develop it at any cost. I must say, there is room for growth: so far the plane is far from the capabilities that, say, the above-mentioned F-22 has. This applies, in particular, to the composition of weapons. They want to rectify the situation in the next ten years.

In July, Aviation Week spoke about a ten-year plan to modernize the F-35. As noted, the F-35 Joint Programming Office (JPO) has identified the first 66 hardware and software upgrades listed in the Block 4 Subsequent Upgrades section of the May 2019 report to Congress. The first eight updates were supposed to go into service back in 2019, but due to unforeseen complications and related later equipment deliveries, only one of them (automatic ground collision avoidance system) was released on time. Others should be operational in the foreseeable future.

According to the plans, the Joint Programming Office decided to use the Block 4 agile development concept. Updates are organized in four main phases: 4.1, 4.2, 4.3 and 4.4. In addition, minor improvements will be introduced to minimize risks.

Avionics. The next significant step forward in the Block 4 program will take place in 2023. The block 4.2 configuration will be the first to include the hardware for Technical Update 3 (TR-3). As part of the Tech Refresh 3 update, the aircraft will receive a new processor with increased processing power, a panoramic display for the cockpit and an expanded memory unit. 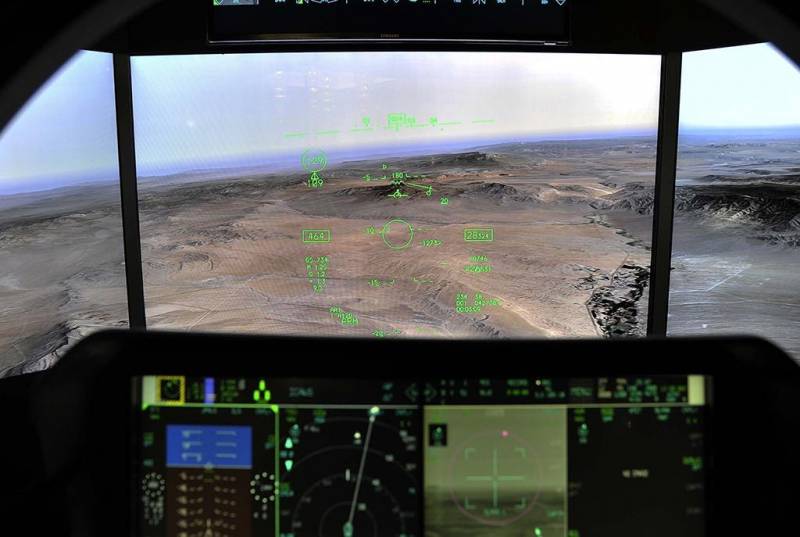 In practice, this should enable the pilot to receive more complete information from other friendly air, land and sea units. Which will ultimately make the plane even more dangerous. In addition, the F-35 can receive advanced electronic warfare capabilities, which theoretically will effectively block enemy signals. It is worth saying that the TR-3 is facing problems that could have been predicted. JPO is now seeking to increase spending on TR-3 in FY2021 by $ 42 million to offset the higher technical complexity.

Armament. One of the main difficulties of the F-35 is its armament. Currently, the aircraft in its internal compartments can carry no more than four medium-range air-to-air missiles of the AIM-120 AMRAAM type. This should be enough for low-intensity conflicts, but by the standards of 2020 this weapon yet it cannot be considered "ultimatum". It is pertinent to say that the "old" F-22 can carry six AIM-120 AMRAAM missiles and two AIM-9M Sidewinder missiles in its internal compartments. The Russian Su-57 is likely to carry four R-77 medium-range air-to-air missiles in the main compartments and another short-range R-73/74 missile each in two side compartments. 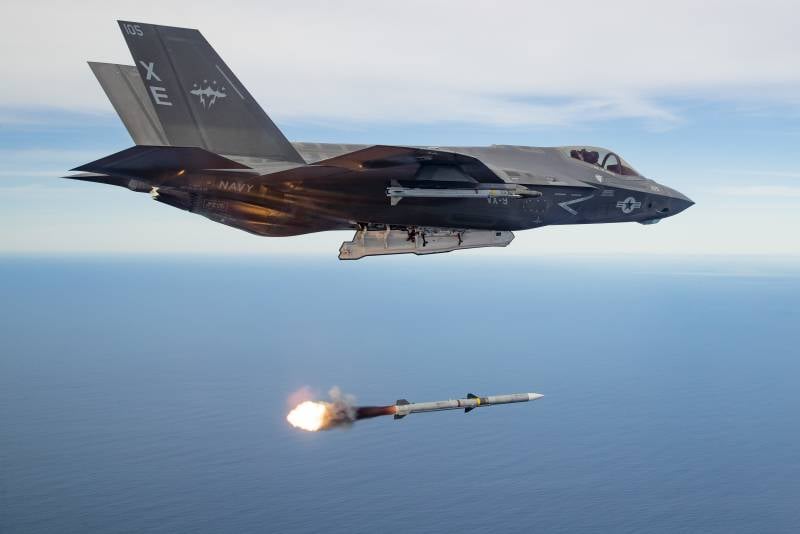 The US is well aware that the F-35 does not look like the best air fighter of our day. Of course, the fighter, like its counterparts, is capable of carrying weapons on external holders, but this largely negates its stealth. Therefore, another major update will be the new Sidekick missile launch system. Thanks to it, the Block 4 aircraft will be able to carry six AMRAAM missiles. Ultimately, the F-35 will also be capable of carrying a new, longer-range AIM-260 missile in development, as well as a new anti-radar missile. Only the F-35A and F-35C will receive increased ammunition: on the version with a short takeoff and vertical landing of the F-35B, the Sidekick cannot be used due to the large fan located behind the cockpit.

This, of course, does not end with the modernization of the F-35. In the future, the Israeli Air Force may equip its F-35I Adir with conformal fuel tanks, which will dramatically increase the vehicle's combat range while maintaining stealth at the same level. At the same time, the idea to equip the car with additional outboard fuel tanks (PTB) has not gone anywhere. Recall that Israel wants the plane to be able to carry two PTBs with a volume of 2700 liters each, although this option will undoubtedly affect stealth.

The Adaptive Engine Transition Program (AETP), which involves the development of a three-circuit adaptive engine, can enhance the capabilities of the F-35. It is estimated that the engine will use about 25% less fuel and deliver 10% more thrust than current similar power plants.

Developed under the AETP program by Pratt & Whitney, the XA-101 is a deep redesign of the F135 engine that powers the F-35. It is important to say that the resulting technologies Pratt & Whitney can be used to upgrade other power plants. “Installation of a third circuit on an engine of this size is possible, but it is not easy given the additional weight and complexity of this engine. Using some advanced systems - mechanics, power and temperature management, controls, compressor and turbine, in addition to the three-loop architecture, we can use this technology to upgrade the F100 or F119. So I'm delighted with it, ”said Matthew Bromberg, President of Military Engines at Pratt & Whitney in 2020. 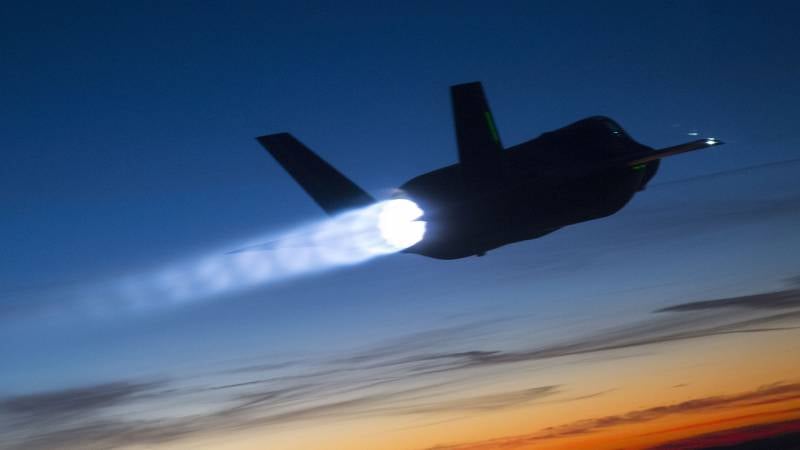 Among other possible improvements to the F-35 is the introduction into the complex of the ability to control unmanned slaves. It is pertinent to say that the US Air Force recently selected four companies to develop such UAVs under the Skyborg program. Kratos, Northrop Grumman, Boeing and General Atomics were chosen from eighteen companies. The unmanned wingman can be adopted already in the first half of the 2020s.