B-2: "obstinate horse" of the Soviet tank industry 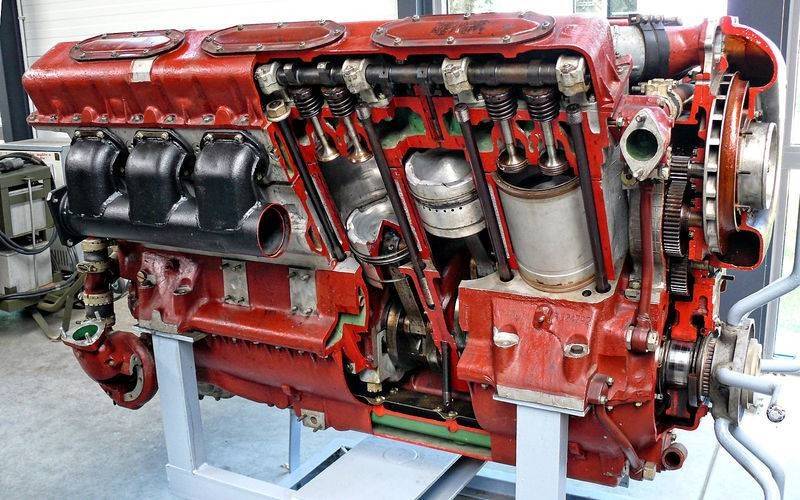 B-2 - not an aviation diesel

From the very beginning it is worth making a reservation and dispelling all doubts: B-2 was not born originally as aviation motor. The situation with this unit is a little more complicated than it seems. In the early 30s, the Kharkov Locomotive Plant launched the process of developing a whole family of diesel engines under the index BD-2 (it is he who is the predecessor of the legendary V-2, this was previous section) Engaged in diesel engines in three design bureaus. The smallest of the engines was the 1-cylinder, 2-stroke DB-32. And the largest is the 18-cylinder V-shaped 18BD-3, which they planned to install on river vessels. Most, of course, were 12-cylinder engines, of which only the DB-2A could be called purely aviation. 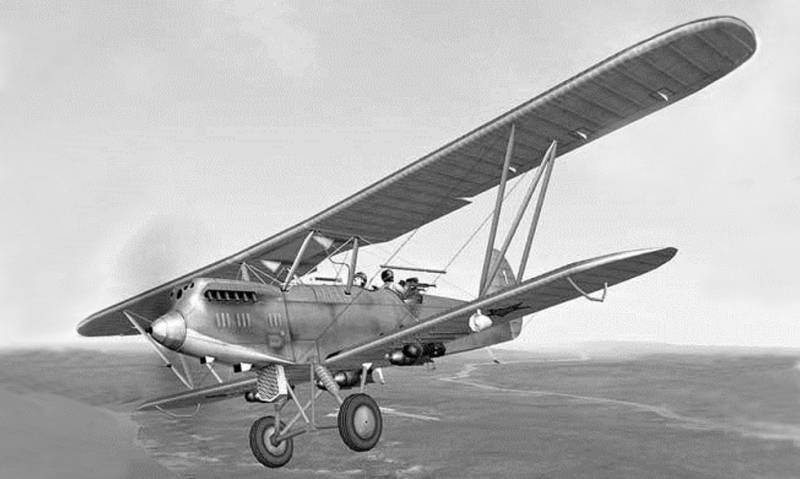 Scout P-5. They put on it the only aviation version of the DB-2A diesel engine
It was mounted at the end of the 1935 of the year on the P-5 reconnaissance aircraft, but the tests had to be interrupted and the development of this modification was generally postponed. Then they rightly considered that it was much more important to focus on the tank version of the BD-2. Therefore, it would be more correct to say that the B-2 and its predecessor were born as multi-purpose diesels with remarkable potential for acceleration and development. In the post-war period, at least 30 modifications of this motor were used in the national economy, which by that time had already been brought to mind. 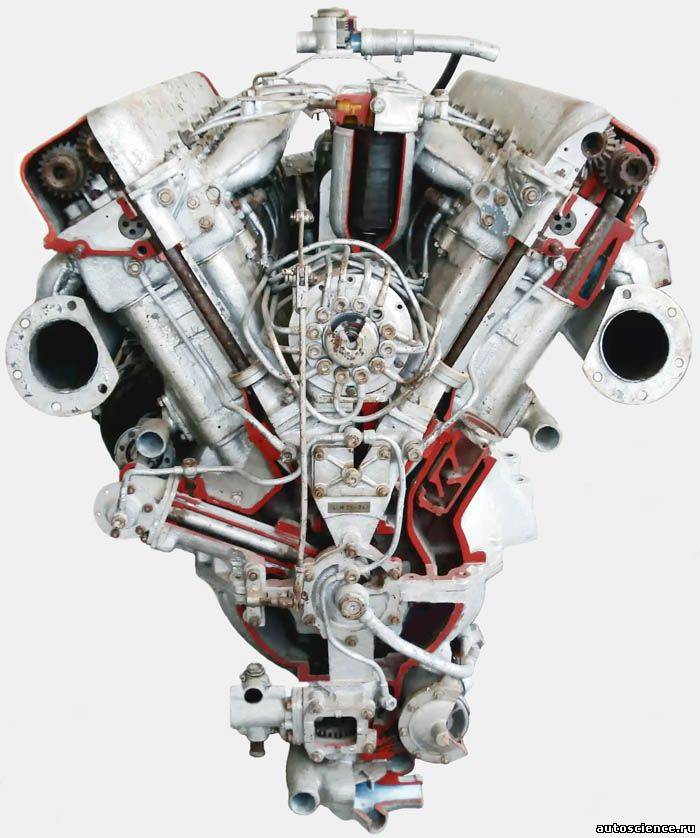 The development engineers of the tank 12-cylinder diesel engine were constantly urged on by senior officials from relevant departments. Everyone was trying at all costs to put the diesel on the conveyor. However, many, obviously, forgot that such a motor was not developed anywhere in the world before. Even in the homeland of Rudolf Diesel in Germany, they did not dare to take such a step - to develop an expensive and difficult to manufacture tank high-speed diesel. At the same time, in the USSR in 1934, after unsuccessful tests of the BD-2 on the BT tank, it was decided to build production facilities for the new motor in Kharkov. Two years later, the modified engine again could not stand the 100-hour bench test, and a number of improvements were made to its design. We strengthened the cylinder block and crankcase, increased the stiffness of the crankshaft and optimized the cam profile of the camshaft, as well as installed powerful water and oil pumps. Further, the cylinder liners were nitrided, reinforced piston and connecting rod fingers. All this was the result of the small experience of domestic engineers working with high-speed diesel engines - the shock loads on the engine components were unprecedented, and they could not cope with them. 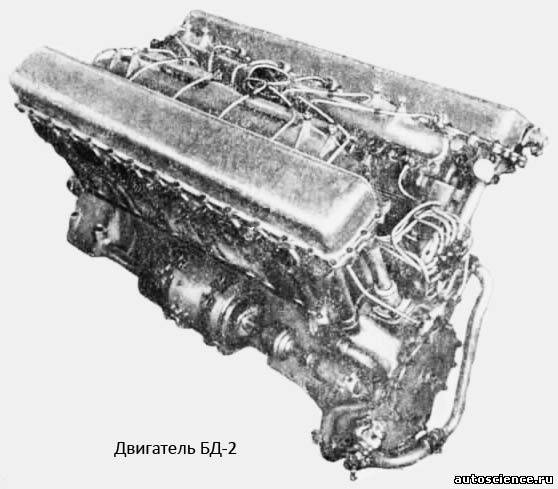 The government understood that Kharkovites could not cope on their own, and a group of specialists in aviation diesels headed by the famous Timofey Petrovich Chupakhin were transferred from Moscow. He worked at the Central Institute of Aviation Motors (TsIAM) and was engaged in the development of the AN-1 diesel engine. Timofey Chupakhin in Kharkov received the post of deputy chief designer and by March 1938 in the year (in just a year) he managed to bring the B-2 to state tests. For this, it was necessary to make at least 2000 changes of various sizes to the diesel engine. The motor worked the required 100 hours, withstood the increase in own power by 50 l. s., then another on 100 l. pp., which ultimately provided immediately 550 l. from. at settlement 400 l. from. Comparative tests of the new product in comparison with gasoline M-5 and M-17 showed a higher specific gravity of the engine (even in the "stock" 400-strong version), a significant advantage in fuel consumption and an almost twofold increase in the range of the BT-7 tank. However, gasoline engines had a much greater warranty in 250 hours. And Chupakhin, who by that time had become the chief designer of the engine instead of the repressed Chelpan, generally spoke of power in the 1000 l. with., which could be achieved by installing a turbocharger. By the way, it was the specialists from TsIAM that taught the Kharkiv people how to make the most critical parts - precision pairs in the fuel pump, bearings, crankshaft, connecting rods ...

Timofei Chupakhin is perhaps one of the most underrated heroes of the Great Patriotic War. We are used to admiring such geniuses of weapons as Koshkin, Degtyarev, Shpagin and Ilyushin, and the name of the chief designer of B-2 Chupakhin is undeservedly forgotten. But it was he, being the head of the 400 department, together with the team insisted that the engine should not be put into service prematurely. It was he who brought to mind diesel already in the Urals during the war. By the way, at one point Timofei Petrovich left the duties of the head of the “400” department and plunged headlong into only one problem - the development of tank diesel. In particular, he was very worried about the problem of the gas interface between the unit and the head, which did not meet the tightness requirements. The designer even worked out the idea of ​​a single candy bar and, if not for the war, this solution would have appeared much earlier on the B-2 family. And then I had to confine myself to a stiffer block head and a new gasket, which quite reliably retained gases inside the engine. By February of the 1939 of the year, tank diesel was again reduced in a duel with the M-17T, which the B-2 hesitantly, but nevertheless won. In particular, the commission revealed the high fire safety of the diesel tank, as well as reliable start-up due to the lack of capricious electric ignition. After these tests, the warranty period of the B-2 was recommended to be increased to 200 hours, approximately outlined how to achieve this, and the 5 of September 1939 was recommended for production. In total, at first there were three diesel engines: B-2 for BT tanks, B-2K for the KV series, and also de-accelerated to 375 l. from. B-2В for the Voroshilovets tractor unit. For heavy tanks, increase power to 600 l. from. was due to an increase in engine speed and average effective pressure. Naturally, this reduced the engine resource to just 80 hours. Since January 1940 of the year, the first tanks equipped with new diesel engines went from the plants: in Leningrad, Stalingrad and Chelyabinsk. 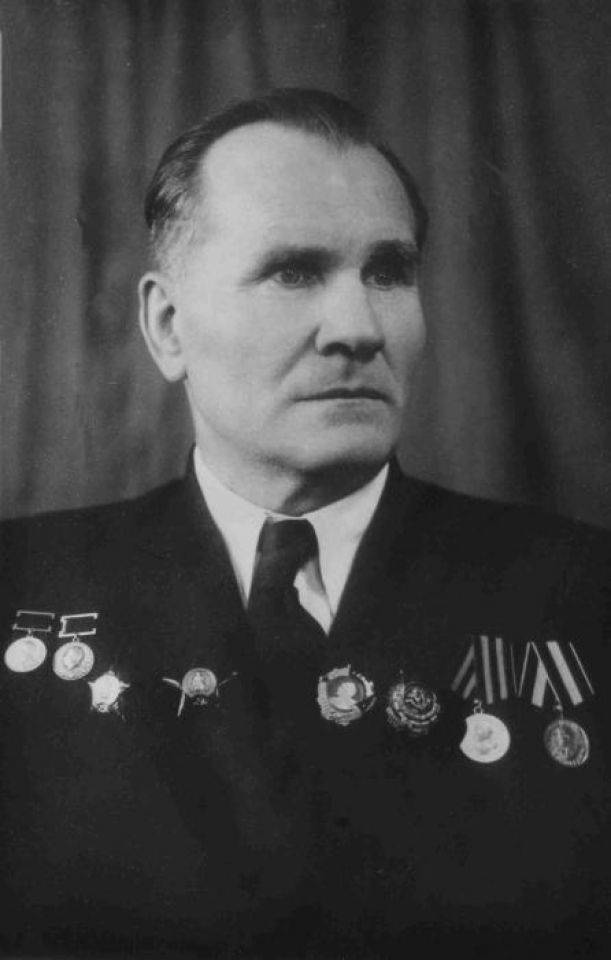 Timofey Petrovich Chupakhin
The Defense Committee, inspired by the successes of the new engine, issued for Kharkov on the 1940 year a plan immediately for 2700 engines, and in 1941 this number increased to 8000! The only thing that saved the situation was that the production of tanks in the USSR was seriously behind the notorious plans. The first problem when developing a diesel engine was the workers' unpreparedness for such a high culture of diesel engine production. Accustomed to the assembly of gasoline engines, the factory workers did not withstand tolerances very often, which invariably affected the quality. At the same time, the workshops were equipped with the latest technology foreign machines, which had to be installed and set up without foreign specialists - privacy considerations prevailed in this case. This was one of the reasons for the slow introduction of a new motor in the series. Often, the reason for the shortage of working B-2 diesel engines at tank plants was due to the banal lack of high-pressure fuel pumps. And such a situation was not resolved until the end of the war. The People's Commissar Malyshev in November 1940 of the year complains that the B-2 has too little warranty service life and once again demands to increase it to 150 hours, and later to 200 in general. It is not possible to do this, and by the Great Patriotic War, the engine life of tank diesel engines, even in the new version of the B-2-34 (it is clear who it was intended for) did not exceed 100 hours. 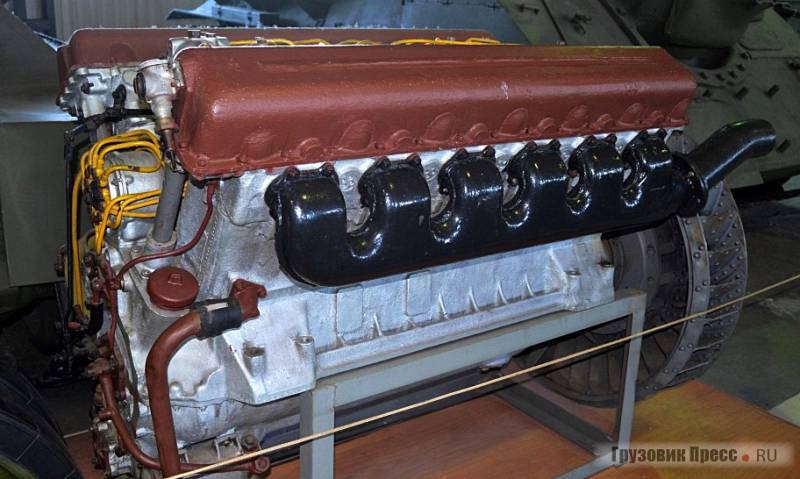 In August of 1940, a special design department and engine building bureau of the Stalingrad Tractor Plant unexpectedly appeared, who proposed to abandon the Kharkov diesel engine altogether in favor of their own project. A note with such a proposal was sent to the Central Committee of the All-Union Communist Party of Bolsheviks, where B-2 was formally mixed with dirt and offered its own motor, which supposedly will withstand the resource in fantastically 500 hours. A number of sources claim that in November of the 40 of the year the Stalingrad Tractor nevertheless received an order to develop its “unique” tank diesel, but by March 1941 had not provided anything adequate. As a result, the plant was made another site for the assembly of competitor B-2. Also, Leningrad Plant No.174 began to be prepared for the production of Kharkov diesel.

We are in Yandex Zen
"Order B". Satisfying the motor hunger of Soviet tanks
The family of two-stroke diesel engines of Soviet armored vehicles
84 comments
Information
Dear reader, to leave comments on the publication, you must to register.