The Petrel is not good for war

16 September 2019
567
I will begin my article with this statement: the latest rocket with a reactor on board the Petrel is, of course, a wonderful product, only practically unsuitable for war. 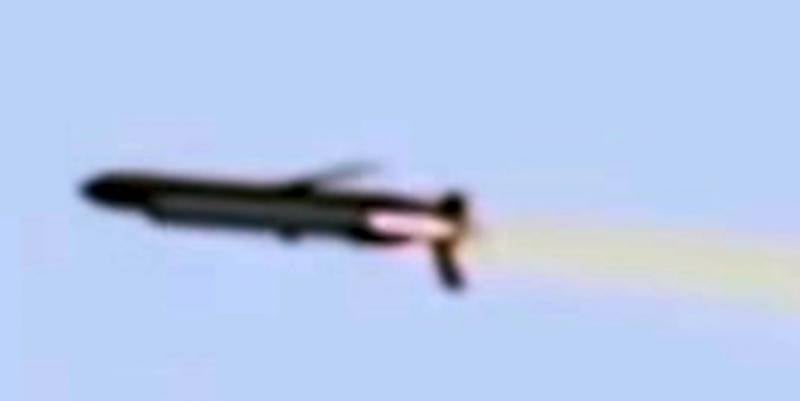 According to some, this is the "Petrel" in flight

Of course, such a statement will cause a great passions of passion, as the "Petrel" simply causes bouts of delight among the cheers-patriotic public. But, nevertheless, there are arguments for that.

The main advantage of the Petrel is that the missile, possessing a very long flight range and the ability to maneuver, will be able to bypass the boundaries of radar detection and the boundaries of interception, and then hit an important target.

And what exactly is the important goal? They say right there - the command center. Well, just which command center? The Americans and their allies have a lot of them. Major centers, such as the NORAD command post in Colorado Springs, are housed in well-protected bunkers with the expectation of a powerful nuclear strike, and it is doubtful that the Petrel can even hit them with nuclear equipment. Regional and functional commands, as well as fleet and aviation, are located, as a rule, at bases already covered by various means of air defense / missile defense. Moreover, this has been done a long time ago, since the appearance of the X-55.

The capabilities of the American air defense / missile defense systems are quite enough to detect and intercept the Petrel on the approach directly to the target. Even taking into account the stealth of the rocket (if it is made on the basis of X-101, the EPR of which, according to published data, is 0,01 sq.m), the detection range of the rocket by AWACS aircraft is still 100-120 km, F-22 can detect it at a distance from 65 to 80 km, and the Israeli Iron Dome missile defense system can detect from a distance from 70 to 90 km. By the way, the Americans are already buying the Israeli system and are planning to deploy at least two batteries by 2020, apparently, just to protect the most important objects from cruise missiles. 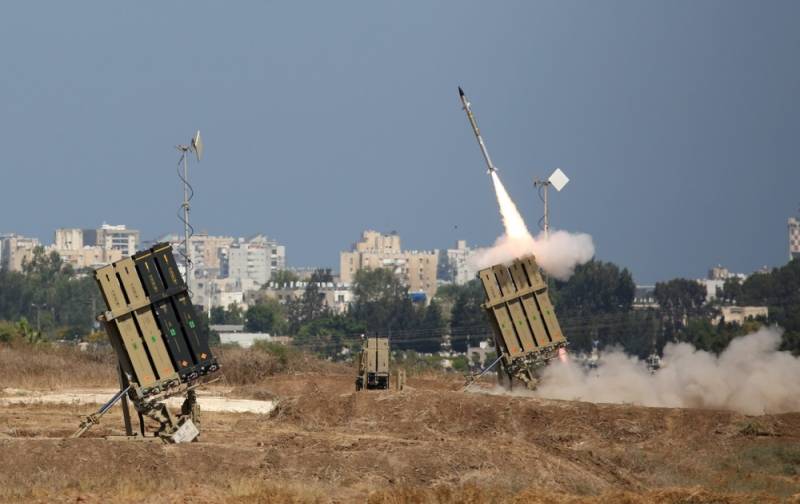 As soon as the Petrel is spotted on the way to the target, it will be relatively easy to shoot down, because, according to current estimates, the rocket has a subsonic flight speed. If there is an interceptor in the air, then under favorable conditions, he will be able to dump the Thunderbird with a burst of airborne guns, as a training target. It is also impossible to exclude the possibility of accidental detection of a missile in flight by some URO frigate, an airplane, or standing on watch of an air defense system that was in the right place.

It is an extreme degree of arrogance to believe that an adversary such as the United States will not cover its command centers, and indeed any other critically important objects, with air defense / missile defense systems designed to intercept air targets directly near the object. The bet that the enemy will be impenetrably stupid, in my opinion, is extremely unreliable in principle, and it’s hard to call recklessness to develop a complex and expensive model of weapons for such tactics “dumb”. Nevertheless, the tactical use of a new type of weapon should take into account a smart opponent and all his possible countermeasures.

Will there be enough missiles for all purposes?

The next program item: the number of goals. US Army Command Only - 11. Together with the commands of their allies (one cannot strike only at the American headquarters and leave the headquarters of their allies in NATO or other agreements untouched) the number of the highest priority goals freely reaches two dozen. If you collect all the goals, the defeat of which is critical in order to deprive the United States and its allies of the opportunity to conduct hostilities anywhere, I think that a list of 150-200 goals will be freely typed.

And it is hardly possible to seriously count on the fact that it is possible to destroy a large command center with one non-nuclear cruise missile.

And here a question arises, for which there is no answer yet: how many "Petrels" will be? The number plays an important role. Even if we assume that the Petrel can fulfill everything that is now attributed to it, that it can somehow circumvent or break through the enemy’s missile defense systems, it should be noted that the further effect is determined by the number of missiles. 3-5 of the best, "unparalleled in the world," missiles of victory in the war have not been achieved. If we keep in mind a certain Russian outcome of the well-known concept of a “quick global strike”, then in order to topple an opponent with a certain guarantee, you must have the 200-300 “Petrels” order.

Can Russia do so much? Interest Ask. Here you need to understand what it is all about. In my opinion, the Burevestnik propulsion system is a combination of a turbojet engine and a compact nuclear reactor, the heat of which is used to heat the working fluid instead of burning fuel in conventional turbojet engines. The reactor must be very compact and fit in the dimensions of the X-101, and at the same time be already quite well mastered. There was such a development, or rather, there was: a Topaz nuclear power plant designed for satellites. It is quite possible to adapt it to new tasks by creating a heat sink from the core to the heating chamber of the working fluid in a turbojet engine, as well as by creating a sealed protective shell of the core. 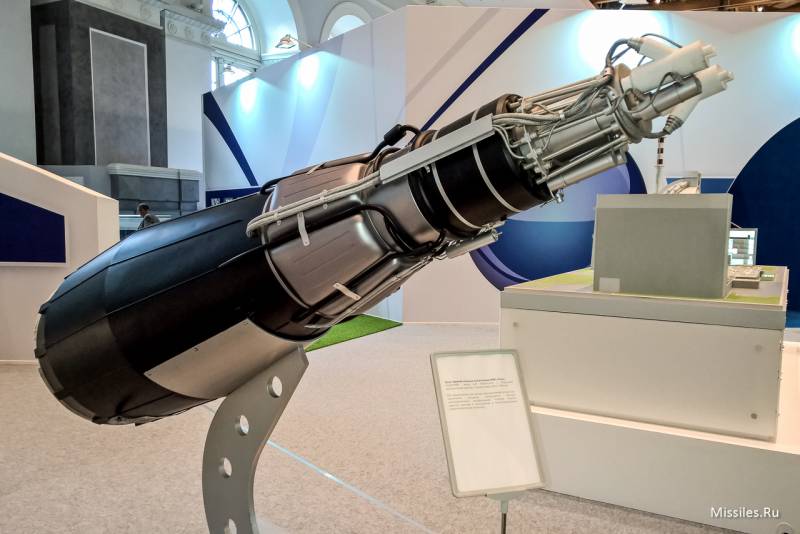 "Topaz" near. Most likely, this reactor became the prototype of the Petrel reactor. Other types of reactors are not suitable for size and weight.

But such a compact nuclear reactor is a complicated and expensive thing due to the abundance of special materials used in it. The USSR, with all the power of its military-industrial complex, was able to make only two "Topazs" for the Cosmos-1818 and Cosmos-1876 satellites. I do not think that the current Russian capabilities in the production of such compact reactors are significantly higher than in Soviet times. So, most likely, the construction of a large series of Petrels is an unattainable goal. They will do two or three for the sake of intimidation, and that’s all.

And in general, to make such a complex and expensive product for the sake of a single start-up is more than a dubious idea.

When to start the reactor?

There is another question that directly relates to the combat readiness of such a rocket: when to start the reactor? Now it is completely not considered, especially by those who consider the Petrel another Wunderwaffe, but it depends on this question whether the Petrel will be weapons, at any moment ready for battle, or it will be a device that, for launching, it will be necessary to “podshamanit” highly qualified specialists.

The first option is the most profitable, but also the most difficult, since the rocket at launch experiences serious overloads, and it is also difficult to monitor the state of the reactor. A technical malfunction in the control system or in the communication system may well lead to the reactor overheating and collapse. It is difficult to say how technically feasible this is.

The second option is more reliable than the first, since the reactor is under control at the time of start-up and exit to operating mode. However, the launch of the reactor, probably even with the loading of the fuel cells removed before that from a special storage, will require some rather significant time, which increases the time it takes to prepare the rocket for launch.

The third option is more reliable and better than the first two, since the rocket is as ready to launch as possible. However, there are two negative points. First, a rocket with a reactor operating at minimum power will need to be cooled, which will require additional equipment for the launcher with a refrigeration unit. Secondly, nuclear fuel gradually burns out, which limits the period during which the rocket can stand on alert. By the way, the maximum achieved campaign period for Topaz is 11 months.

There are still a number of questions that are difficult to answer. However, the choice between a complex and lengthy preparation of a rocket for launch and a very limited time spent on combat duty is already visible. Whatever we choose, this greatly limits the combat value of such a missile.

So the Petrel is not good for war. If it were a missile suitable for mass production, then we could still count on some effect with a salvo of a couple of hundred missiles. 2-3 missiles are only suitable for intimidation in words and for PR. It is better for this product to choose a different destination, more appropriate to its characteristics.