Sukhoi is not satisfied: according to the results of a simulated air battle, the Chinese J-11B aircraft surpassed the Su-35 (Huanqiu, China) 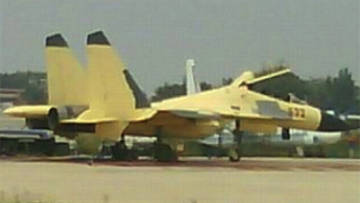 According to many Western media, the attempt to create a Chinese fighter, made only from parts of Chinese-made multi-purpose aircraft J-11B without help, was crowned with success. J-11B exceeds its predecessor J-10 in all respects and is an indicator of a serious breakthrough in the Chinese aircraft industry, as well as approaching the most modern Russian 4 aircraft of the Su-35BM generation. According to the results of the studies of the Swedish military research center named Andreson J-11B in the simulated air battles J-11B surpassed the Su-35BM, a comparison was also made between the American F22 and the Russian fighter. Representatives of the company "Sukhoi" were dissatisfied.


Approaching the fourth generation of fighters

After 4 years of thinking in 1996, China and Russia signed an agreement according to which China built a plant to manufacture the most modern Russian Su-200SK 27 aircraft, whose main task is to achieve air superiority. For this, the Shenyang Aircraft Building Plant, which previously produced J-8 aircraft, was re-equipped. The plant was equipped with advanced Western and Chinese equipment, which greatly improved production technology, and thus laid a solid foundation for the further improvement of the aircraft themselves. 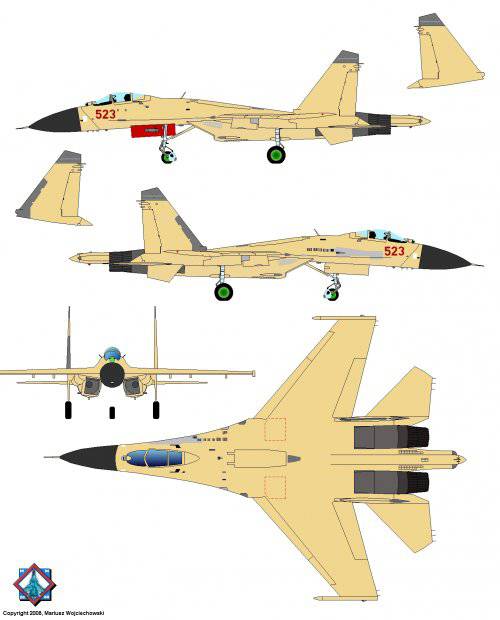 In 1999, on the basis of the Su-27, the fighter was first created, which 70% consisted of parts made in China. It was renamed J-11. All parts except the engine were made in China, and even some components were improved. The improved model is called J-11A. In the 90s in China and in the world there was a leap in aircraft manufacturing, in aircraft construction, in particular, aircraft began to supply more and more electronics. And the J-11 / Su-35 aircraft very quickly became obsolete due to the lack of electronics, even compared to the updated J-8 aircraft. By 2003, 95 aircraft were produced, the remaining 105 were abandoned by China, citing the fact that the aircraft did not meet the technical requirements of the country, which the Russian side was extremely suspicious of.

Shenyansk aviation Chinese Corporation has created a copy of the Russian carrier-based Su-33 fighter. The model is called J-15 (Jian-15), Interfax reports with reference to the May issue of the authoritative military publication Kanwa Asian Defense, which is published in Canada and Hong Kong.

The prototype T10K of Soviet times, which went to China from Ukraine, was taken as the basis for the Chinese fighter. Earlier, Chinese engineers could not solve the problem of the folding wing of carrier-based fighters, but now this problem has been solved.

It remains unclear whether the new aircraft made the first test flight. After the factory tests, the fighter will be sent to the Air Force center in Yangljan, since the Chinese Navy does not have its own test center for naval aviation.

China has created a "pirated" copy of the Su-33 fighter, having guessed the secret Russian technology

In fact, in these few years, Chinese fighters have absorbed all the best that was in the Su-27. Having stuffed the Su-27 with various techniques and improved its aerodynamic characteristics, in 2000, the first secret launch of the new multi-purpose aircraft J-11B was made, which completely turned to Western standards.

Since the development of this fighter has not yet been completely declassified, it is not surprising that such a rapid leap in the Chinese aircraft industry took Russia and the United States by surprise. When Russia in recent years offered the Chinese side to buy improvements for Su-27, it most often did not receive a response because China already owned these technologies. At the end of last year, Russia was forced to admit that China was able to improve the Su-27 independently by creating the J-11B, in the same message the Russian side claims that the design of the new aircraft is not fully completed yet, while China is releasing the second batch of 17 aircraft . This suggests that Russia does not own the situation, which is a serious miscalculation on their part.

Using composite materials, it was possible to reduce the weight of the aircraft on the 700 kilogram, which made it possible to put a more powerful Taihan engine on the J-11B. In addition, the Chinese aircraft has the most modern electronic devices, thus overtaking the Su-27 by more than 20 years.