The story of the armored ground attack aircraft of the First World War will be incomplete without mentioning the most outstanding and most advanced machine of this class, the Junkers JI, which appeared on the western front in August 1917 of the year. In contrast to the aircraft company "Albatross" and AEG she was all-metal, and her wings did not have braces. It can be said that this car was ahead of its time by a half decade, but the lack of an adequate power plant prevented it from reaching its full potential.

The 200-strong Benz Bz-IV engine, which stood on the armored junkers, was too weak for a rather large airplane with a take-off weight of 2200 kg, but the German engine builders could not offer anything more powerful at that time. Therefore, JI had low flight data, raised a small bomb load, and most importantly - it required a very large take-off distance. Because of this, he could not be based on short frontal runways. Crews usually had to fly for a long time to their targets from the rear airfields, wasting gasoline, which was not much on board. Accordingly, the time to "process" targets was reduced.

However, the security of the machine was beyond all praise. This is what one of the JI pilots wrote after another combat departure: "28 March 1918, we flew to support infantry, the height was no more than 80 meters. My plane received more than 100 hits from anti-aircraft machine guns, but none of them caused him serious damage. I am convinced that only a Junkers machine in such a situation could save my life. No other aircraft could have withstood such a dense fire. "

In total, until the end of the war, they managed to build and send 189 armored "Junkers" to the front. Another 38 machines made after the truce, but the Germans had to be destroyed in accordance with the terms of the Versailles Peace Treaty.

The Junkers' JI armored hull, assembled from steel sheets with a thickness from 4 to 5,5 mm, completely covered the engine, gas tank and cockpit from below and from the sides. The radiator, reinforced under the upper wing, was also housed in an armored casing.

JI on the field airfield. 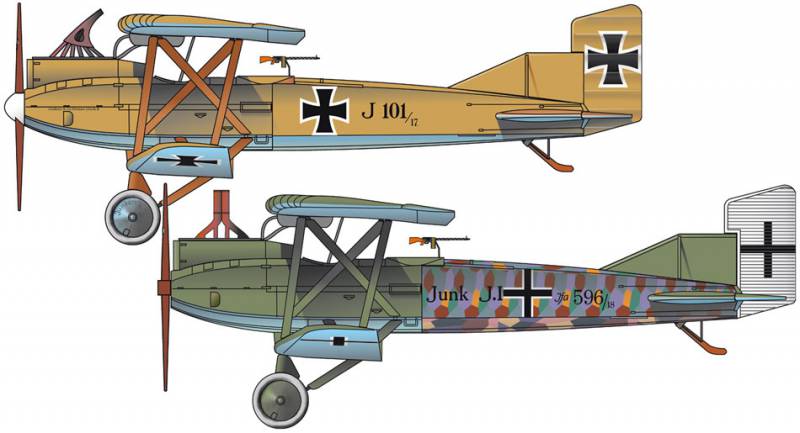 Typical camouflage JI Above - early, from below - later, using the fabric "lozeng". 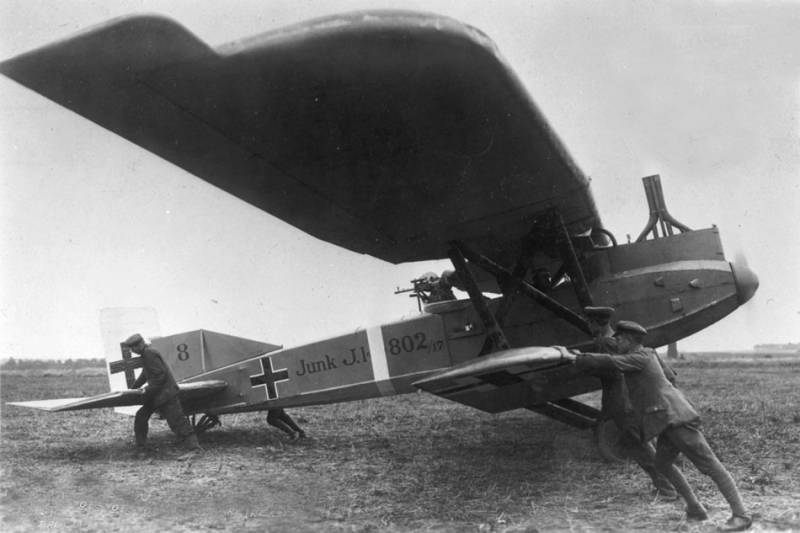 The aerodrome team rolls up the aircraft with the engine at idle to the starting position. 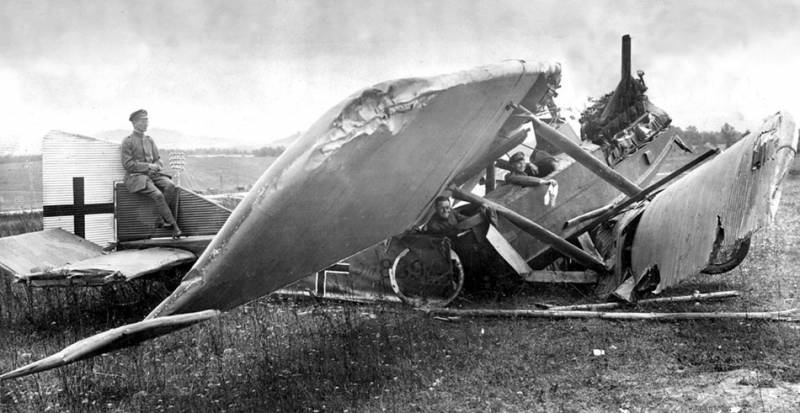 The box was protected by the crew not only from enemy fire, but also during emergency landings. The crew of a conventional (wooden) aircraft of the First World War after such a landing would hardly have had such a cheerful appearance. 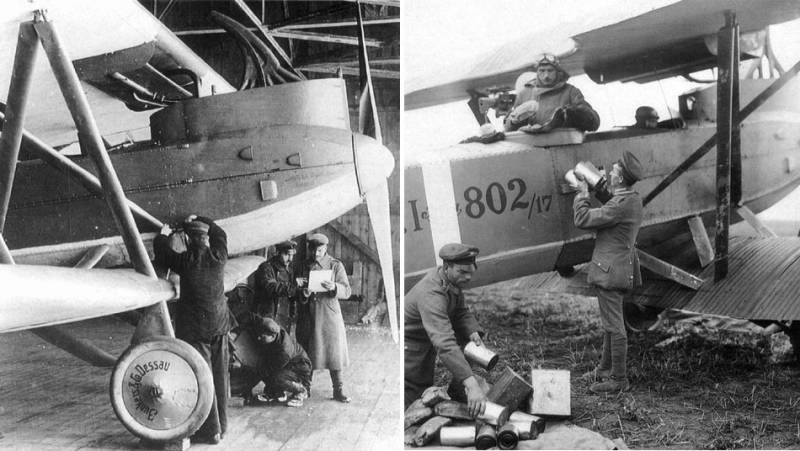 Armored "Junkers" were used not only for reconnaissance, attack and adjustment of artillery fire, but also for the operational supply of advanced units. In the right picture, loaves of bread and cans of canned food are loaded into the rear cockpit of the attack aircraft instead of bombs. 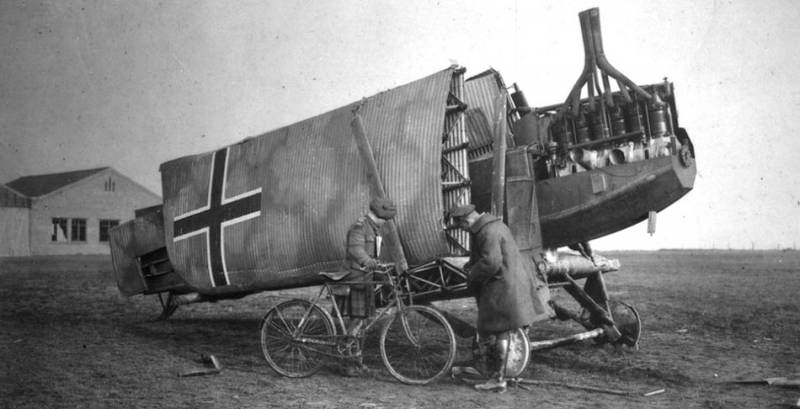 To simplify transportation, JI has a collapsible design. Console wings and stabilizer fit along the fuselage. In the picture - the Scots inspect the attack aircraft captured at one of the German airfields. 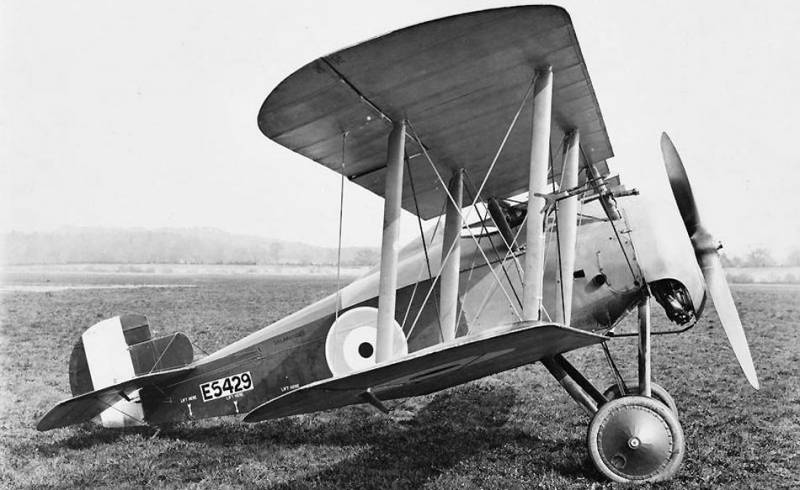 Allies were able to answer the German "flying tanks"only at the very end of the war. The first squadron of British armored attack aircraft Sopvich TF.2" Salamander "went to the front two weeks before the end of hostilities. She did not play any role in the hostilities. Unlike the Germans, the British made their attack aircraft on the base of a single-seat fighter "Snipe" with a rotary engine of air cooling. 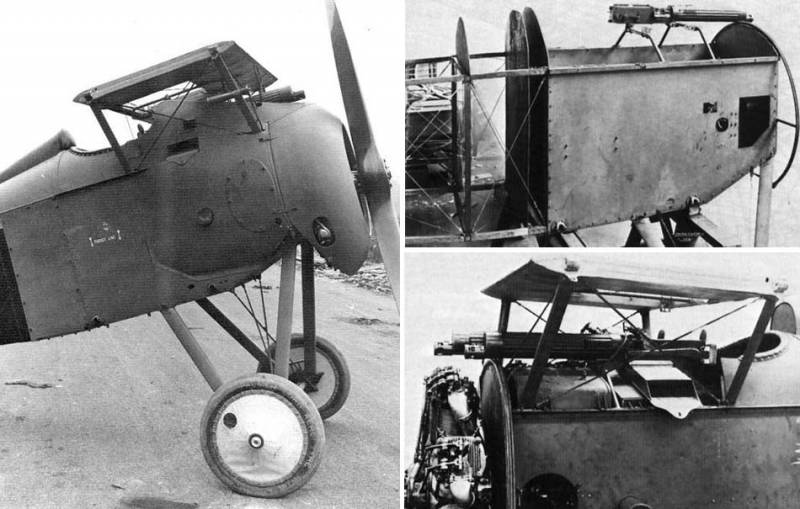 The Salamander box protected the pilot, the gas tank and the machine gun cartridge boxes. The motor was out of the armored hull and was covered only with a light aluminum hood. The British believed that air-cooled engines are less vulnerable than the "liquid", and therefore do not need armor protection. Similarly, they argued in the Ilyushin Design Bureau, creating through 24 a variant of the Il-2 attack aircraft with a star-shaped M-82 engine, which was also not armored. However, for several reasons, this aircraft was not launched into mass production. "Salamander" also built quite a lot - 419 pieces, but due to the end of the war, most of them were immediately sent to the storage bases, and from there after a while - to the dump.

Ctrl Enter
Noticed oshЫbku Highlight text and press. Ctrl + Enter
We are
An-12 in AfghanistanJunkers "back to front." Ju-287
Military Reviewin Yandex News
Military Reviewin Google News
61 comment
Information
Dear reader, to leave comments on the publication, you must sign in.