Project of the ship measuring complex "18290"

July 5 2016
10
In the foreseeable future, the Russian Navy may receive the first ship of the measuring complex of the new project. Due to economic difficulties, so far only one such ship has remained in service, which needs to be repaired, and may also not fully meet the existing requirements. Not so long ago, the development of a new project began, which in the foreseeable future will lead to the necessary update. fleet.

In the published document it was mentioned that during the meeting of the management of the organization it was necessary to determine the value of one of the subcontracts. It was planned to attract the Krylov State Research Center to the creation of the draft design for the experimental design work “Buer”. This organization was to create a new propulsion system for driving propellers. After determining the main provisions, it was necessary to sign the required contract between the two organizations. 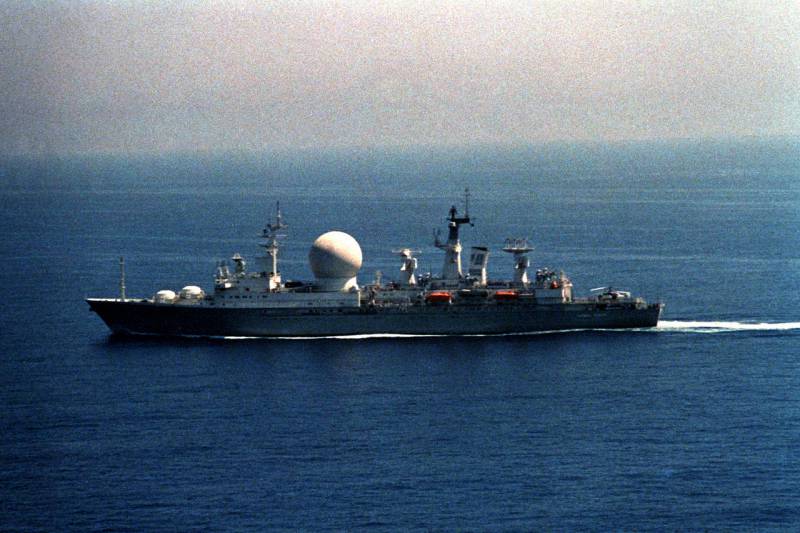 Ship "Marshal Krylov" shortly after the start of service

This was the first mention of the 18290 “Buer” project in open sources. Previously, information on the development of a promising ship measuring complex was not published. For this reason, despite the lack of detailed information, the new project attracted the attention of specialists and the general public. News about the creation of such ships attract attention in connection with the current deplorable state of this component of the fleet - in the ranks there is only one representative of this class.

At the end of June, 2016 of the Iceberg Central Design Bureau published an annual report on 2015 activity. In this document, the organization tells about all the work carried out in the past year, including the design of a new ship measuring complex. This time, the design bureau again did without technical details, but told about the progress of the project and the progress achieved. During the past year, the organization’s specialists were able to perform a significant number of necessary work.

According to the annual report, last year the Iceberg Central Design Bureau developed and defended the draft design of the new ship of the measuring complex. In the course of these works, the bureau specialists performed a number of important design stages. As part of the draft design of the ship "Buer" prepared 22 technical specifications. The formation of tasks made it possible to conclude the same number of contracts for counterparty work with related organizations to carry out certain works within the framework of creating a draft design of the ship. 347 documents were also developed.

As follows from the annual report, the outline design of the new ship of the measuring complex was completed no later than the beginning of autumn. At the same time, the project was defended, which made it possible to continue work on the topic of “Buer”. After that, the opportunity to continue to work. In October 2015, the employees of the Iceberg Central Design Bureau began work on the 18290 technical project. Other information about the progress of the project is not yet available. It can be assumed that, to date, the design bureau has completed part of the necessary work, which approximates the start of construction of the lead ship of the new project.

The annual report of the CDB Iceberg also disclosed information about the approximate time of commencement of work on the new project. Thus, the state contract for the development of the project 18290 number 1416187302801010105000657 / H / 1 / 1 / 0512 / GK-14-DGOZ was signed 5 September 2014 of the year. Thus, the first work on the “Buer” theme could have been launched in the autumn of the year before last. In the future, the continuation of the development work led to the appearance of a draft design. It is noteworthy that a little more than one year passed from the conclusion of the contract to the protection of the conceptual design.

The new project 18290 "Buer" is of great interest because of its purpose. His task is to create a new ship measuring complex - a vessel with a set of special equipment designed to solve special problems. Such ships carry a set of radar stations and other electronic equipment, which allows them to monitor various objects. The main task of such ships is the tracking of ballistic missiles in areas inaccessible to ground-based means of control, as well as control of the descent of spacecraft.

The first domestic ships of the measuring complex went into operation at the end of the fifties. Over the next few decades, several projects were created, according to which a sufficiently large number of required ships were built (or rebuilt from the existing transport vessels). The available flotilla was actively used during various testing and scientific activities. Her ships worked in different areas of the oceans, carrying out tracking of the required objects.

The economic problems of the nineties seriously hit the ships of the measuring complex. By the time of the collapse of the USSR, there were eight such ships in the ranks. Over the next few years, seven ships were withdrawn from the fleet, decommissioned and disposed of or sold to third countries. As a result, at the moment the Russian Navy has only one ship of the measuring complex. This is Marshal Krylov of the 1914.1 project, the operation of which began in February of the 1990 year.

The main means of detecting and tracking the objects of the Marshal Krylov spacecraft is a complex of radar stations comprising the systems Frigate, Zefir-A, Zefir-T, Volga, etc. There are also optical-electronic systems, a photo-recording station, a direction-finding radiometer, as well as several hydroacoustic stations with different characteristics. All this equipment allows the ship to carry out tracking of surface, air, trans-atmospheric and underwater targets at ranges up to several hundred kilometers. It is also possible to transfer data on the parameters of detected targets to different consumers.

In October 2015, the ship Marshal Krylov went to the enterprise Dalzavod (Vladivostok) to undergo repairs and upgrades. In the foreseeable future, repair technicians will have to restore the ship and also replace some elements of its equipment. After completing all the necessary work, he will be able to return to the performance of his tasks.

Available information about the new project shows that the new ship (or ships) “18290” will have to supplement and then replace the existing “Marshal Krylov”. Thus, there are opportunities to build assumptions about the technical appearance of a promising ship, about the composition of its equipment and approximate characteristics. In terms of its performance, performance and performance, the new ship should not be inferior or superior to it.

In the context of the new project 18290 “Buer”, it is impossible not to note one thing that can reveal some details of the existing technical task. Iceberg Central Design Bureau has extensive experience in creating icebreakers of various classes and types. In this case, the receipt of an order for the development of the ship measuring complex by this design office may be associated with existing experience. There is reason to believe that under the “Buer” theme it is required to create a ship of the measuring complex capable of operating in northern latitudes, in the conditions of the ice of the Arctic. However, official comments on this matter have not yet been received.

The information published last year makes it possible to speak with certain confidence about the type of power plant of the prospective ship. The 18290 project provides for the use of electric motors driving propellers. What type of engines will provide power generation is still unknown, but it will probably be “traditional” diesel engines for the domestic fleet.

The overwhelming majority of the technical details of the perspective project of the 18290 measurement system ship have not yet been disclosed and, at best, will be known in the next few years. The same is the case with the timing of the project. It is known that the creation of a technical project began in the autumn of last year, but the timing of the completion of these works has not yet been announced. The time of the possible laying of the lead ship, the subsequent launching and commissioning also remain unknown.

Despite the lack of information, the project of the ship of the measuring complex 18290 “Buer” is already of great interest. The grouping of such ships is currently extremely weak and does not allow to fully solve the existing problems. The new project should lead to the appearance of the required ship (or ships) with enhanced characteristics, which will at least partially restore the potential of the measuring complex. Thus, the 18290 project is of great importance in the context of the prospects for the development of the navy.

Ctrl Enter
Noticed oshЫbku Highlight text and press. Ctrl + Enter
We are
Ahead of time"Svetlana". History of creation
Military Reviewin Yandex News
Military Reviewin Google News
10 comments
Information
Dear reader, to leave comments on the publication, you must sign in.