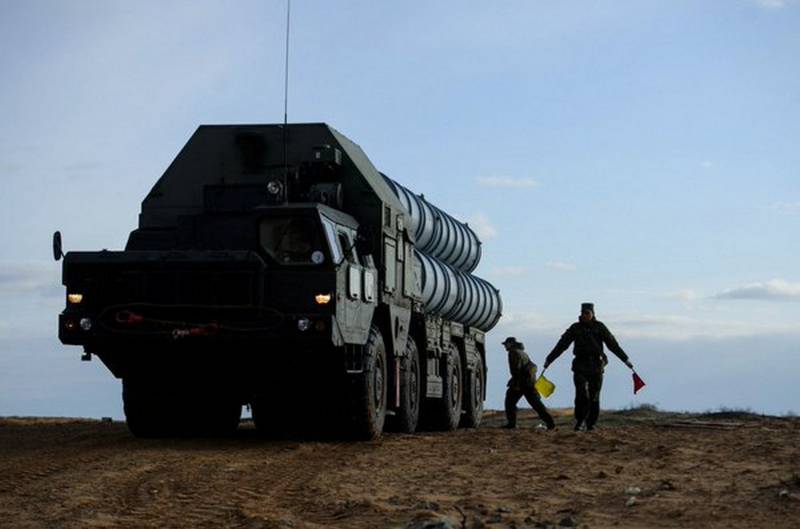 Earlier, we examined several times the composition, as well as the anti-aircraft and anti-missile potentials of the 1st Leningrad Red Banner Air Force and Air Defense Command of the Western Military District, which today is the main structure in the Armed Forces, carrying out the defense of the country's airspace by NATO in the western strategic direction. We also returned several times to the issue of insufficient air defense and missile defense of air lines over the northeastern part of Siberia and the East Siberian Sea, where there is a threat of invasion of strategic missile carriers B-1B "Lancer" and other promising strategic aviation complexes. The threat is beginning to be partially stopped today: the air harbor in Tiksi is being restored, which will soon turn into a large airbase of the "Arctic forces", where the main air defense systems based on the MiG-31BM interceptors and A-50U AWACS aircraft can be based.

Today, an equally important issue is being put on the agenda regarding the air and missile defense of the central part of Russia from the southern strategic direction (Central Asia, China). 1 July 2016 of the year from the Deputy Commander of the 14 Army of the Air Force and Air Defense of the Central Military District, Andrei Shchemelev, became known about this. Several new battalions of C-300PS anti-aircraft missile systems were deployed in the capital of the Republic of Khakassia (Abakan). The republic is located near the borders of Mongolia, the People's Republic of China and Kazakhstan (deep into the Eurasian continent), which, at first glance, makes the region more or less safe in terms of possible MRAUs by the Navy and the US Air Force in the future, but there are some peculiarities that Ministry of Defense can not remain.

The first advances in strengthening the protection of airspace in southern SN of Russia began in the framework of the Unified Regional Air Defense System with Kazakhstan at the beginning of this summer. On an absolutely free of charge 9 July 2016, the Republic of Kazakhstan was transferred to several similar C-300PS systems, which will close the sky over the southern regions of the CSTO. 5 C-300PS Kazakhstan received at the end of 2015 of the year. Then Shoigu drew attention to the numerous threats surrounding the Central Asian republic. According to the most anticipated version, this threat is an actively developing radical cell of the terrorist organization ISIL in Front and Central Asia, which, with the support of Doha, Riyadh-Ankara, is already slowly developing ground-to-ground tactical missiles and short-range missiles based on spent operational a resource of Western and Soviet rockets, which, through various intermediaries in the Middle East, come from some African, European states and Ukraine. And with American assistance, this weapon may well receive the parameters of high-precision operational-tactical means of air attack with a range of up to 50 km, against which the "Three Hundreds" is the ideal asymmetric response.

But the second version, which is the main one, is considering resolving more serious threats lurking in the unpredictable southern operational direction. Once we analyzed the purpose of transferring the “strategists” of the B-1B with the strategic KC-10A “Extender” air tankers to the Australian Tindal air base. This is an ideal base for “power pressure” on the PRC at the expense of constant combat duty over the waters of the South China Sea, as well as to reach the launch lines of the AGM-158B “JASSM-ER” long-range tactical cruise missiles at our military facilities in Kyrgyzstan and Tajikistan. These frontiers are located over the territories of Pakistan and Afghanistan.

Even more suspicious and threatening is the transfer of the strategic bomber B-52H to the Qatar air base El-Udeid. The deployment of Stress Fortress on this AvB is explained by the need for regular massive bombing of ISIS in Iraq and Syria, but if there is a possible conflict between Russia and NATO, they will be able to use AGM-86B ALCM strategic cruise missiles on our strategic facilities in Krasnoyarsk Territory and the Novosibirsk region, because the range of these missiles is 2780 km. The situation is complicated by the fact that the rockets can be launched over the northern mountainous regions of Pakistan, and the trajectory of their flight will pass over Tibet to the PRC, which will complicate their detection both by ours and by the Chinese AEW planes, and therefore the interception of several divisions of St. Petersburg on combat duty in Khakassia. 300PS significantly increases the defenses of Southern Siberia.

Yes, the C-300PS modifications are related to early versions that have limitations on the speed of the targets and interception ranges (1300 m / s and 120 km, respectively), but with their tasks of destroying low-altitude ultra-small targets they cope almost perfectly well, and the performance of the C-complex 300PS practically does not differ from the performance of later versions of C-300PMU-1 / 2. This major indicator is influenced by 3 main characteristics: target channel of the MRLS 30Н6Е (simultaneous commandoes and units), the speed of 6ВХNUMXР missiles all on 5 km / h is less than those of 55Н300Е48 (6М against 2Mec.ch.ch. (6,25 seconds), as the new 6,6М5Е PBU used on the С-63ПМ3 system. The C-83PS interference immunity is also at a very high level. All this keeps the version of "PS" at the "helm" of the aerospace defense of the allied states and many regions and districts of Russia and in the XXI century.

The presence of the 76H6 low-altitude detector holds the C-300PS head and shoulders above the much-touted US Patriot PAC-2 long-range air defense system, whose operators are afraid to even imagine the possibility of repelling a massive missile and air strike from one, and even more, in several directions.

Ctrl Enter
Noticed oshЫbku Highlight text and press. Ctrl + Enter
We are
Exercises of electronic warfare of the Western Military DistrictRussian Ministry of Defense took up the creation of the Arctic brigades
Military Reviewin Yandex News
Military Reviewin Google News
6 comments
Information
Dear reader, to leave comments on the publication, you must sign in.