31 May 2016
219
In the domestic media there were reports about the prospects of one of the most interesting developments of recent times. One of the options for the future use of the new combat module with an increased power tool was voiced. As stated, one of the future carriers of the AU-220M system could be the infantry fighting vehicle BMP-3.


According to Izvestia, Uralvagonzavod Research and Production Corporation and Burevestnik Scientific Research Institute, which is part of it, have already identified possible ways to use the prospective AU-220М Baikal combat module. Among other armored vehicles, the existing BMP-3 can become the carrier of this system. It is assumed that such a re-equipment will significantly improve its characteristics, as well as give it new combat qualities. According to the authors of the project, at the moment there is not a single infantry fighting vehicle or armored personnel carrier in the world capable of withstanding shelling from the main weapons system "Baikal".

Representatives of development organizations claim that the new AU-220М combat module can be used for various purposes, to attack objects of various types and classes. There is the possibility of attacking and destroying various ground targets that differ in the level of protection, including armored vehicles and fortifications. Also, the new combat module can attack helicopters, unmanned aerial vehicles and other low-altitude low-speed targets. The existing Terminator machines, as well as the prospective Armata, Kurganets-25, Boomerang, ATOM, etc. platforms can be used as a base for the installation of Baikal. It is not excluded the installation of combat modules on boats and ships. 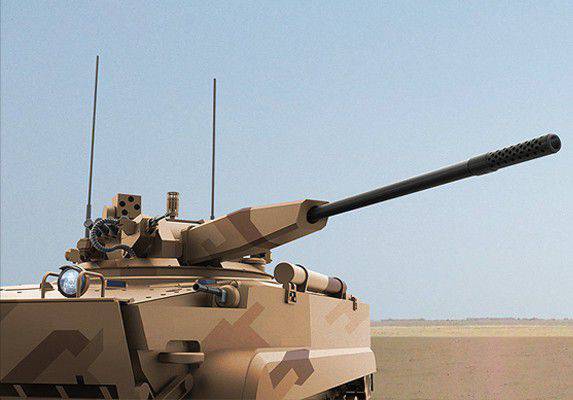 BMP-3 with the AU-220M module as an artist. Figure Burevestnik.com

It should be noted that the installation of the combat module AU-220М on the BMP-3 is not news. About similar plans of the domestic industry became known last year. Over the past year, Uralvagonzavod and the Petrel Research Institute, participating in various exhibitions of weapons and military equipment, have repeatedly demonstrated both promotional materials for the Baikal project and natural samples of the new system. At the end of the summer, on the eve of the Russia Arms Expo 2015 exhibition, it became known about the upcoming premiere of new equipment and industry plans to update existing samples.

In this context, there were reports of the project with the symbol "Derivation". Its goal is to upgrade the existing BMP-3 with new weapons. The AU-220М Baikal system is proposed as a new combat module capable of drastically changing the fighting qualities of the vehicle. It is noteworthy that the possibility of installing "Baikal" on the BMP-3 by that time had already received indirect confirmation. Long before the announcement of the existence of the “Derivation” project, a drawing depicting the BMP-3 chassis with the AU-220M system appeared on the official website of the Petrel Research Institute. This picture in its time was the subject of controversy, and the official reports on the "Derivation" put an end to these discussions.

The Baikal project is an attempt to significantly increase the firepower and combat effectiveness of various military equipment (primarily land armored vehicles) by increasing the caliber and other characteristics of the main gun. Currently, the standard for light armored vehicles are automatic cannon caliber 20-30 mm, which affects the level of their protection. To increase the firepower and ensure the defeat of modern equipment of a conditional enemy, the specialists of the Central Research Institute Burevestnik suggested using an 57 caliber gun.

The combat module AU-220М is made in the form of a low-profile tower about 1,3 m high, suitable for installation on various chassis and other equipment. The body of the product is made of aluminum armor capable of withstanding shelling from 30-mm guns in a frontal projection. All-view protection against 7,62-mm ammunition is also provided. The hull provides for systems for the installation of several weapons and the necessary sighting equipment. 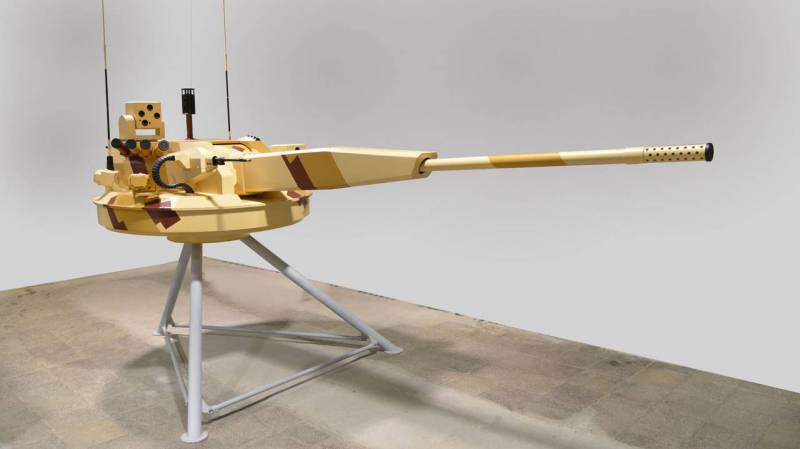 The main weapon of the new system is an automatic gun caliber 57 mm. The gun is equipped with a wedge gate and is supplemented with auger ammunition system. A rate of fire up to 120 shots per minute is provided. The gun can use ammunition of various types, depending on the current situation and the type of target selected. The existence of high-explosive, armor-piercing and guided projectiles is known. The maximum firing distance, depending on several parameters, reaches 12 km.

As an additional weapon in the “Baikal” system, an 7,62-mm PKT machine gun coupled to the main gun is used. The machine gun uses tape feed and has 2000 ammunition ammunition. A cannon and a machine gun using common aiming drives can fire in any direction and point in a vertical plane ranging from -5 ° to + 75 °. This ensures the attack of both ground and air targets.

A combat module of a new type carries a set of optical-electronic systems designed to monitor the situation, search for targets, and target weapons. The signal from the sighting equipment is fed to the operator’s console of the module. All mechanisms and weapons are controlled by remote systems.

The combat module AU-220M “Baikal” was first shown at the beginning of last year. After that, it was demonstrated at several exhibitions as a separate exhibit. Salon Russia Arms Expo 2015 has become a platform for the first demonstration of a promising system as a possible weaponry of armored vehicles. The first carrier of "Baikal" was the infantry fighting vehicle BMP-3, modified by the project "Derivation". A prototype of such a machine was presented at one of the exhibition sites. 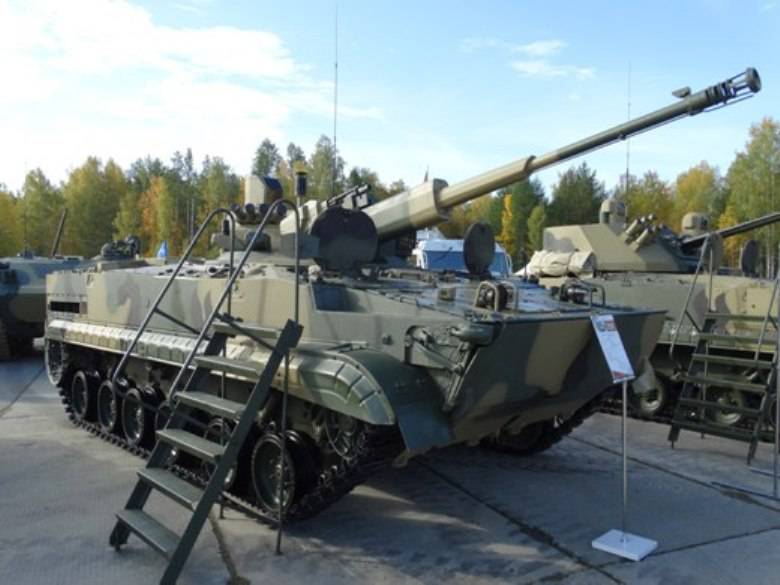 In the near future, as reported by domestic media, the AU-220M module will be shown along with another carrier. In early June, an exhibition KADEX 2016 should be held in Kazakhstan, during which they will show the Barys wheeled armored vehicle of Kazakh design. The exhibition model is equipped with a Russian-made combat module that received an 57-mm automatic gun.

The construction and demonstration of promising armored vehicles armed with the AU-220М “Baikal” combat module shows the potential of this system, as well as its wide compatibility with the existing and developed chassis. It is expected that in the foreseeable future, the new module will become the standard weapon of some new combat vehicles of domestic production. In addition, the delivery of such systems for export is possible. At the same time, however, the exact plans for the development of armored vehicles using Baikal are not yet known and, perhaps, are not even defined. So, it is known that the Russian Ministry of Defense is showing interest in this product, but the contracts for mass production and supply have not been signed yet. Perhaps such documents will appear later.

Ctrl Enter
Noticed oshЫbku Highlight text and press. Ctrl + Enter
We are
The project of modernization of BRM-3K "Lynx" with the use of the combat module AU-220M "Baikal" was announced.The first show of the BMP-3 "Derivation" with the combat module AU-220M
Military Reviewin Yandex News
Military Reviewin Google News
219 comments
Information
Dear reader, to leave comments on the publication, you must sign in.