Why airborne armored fist. About the statement of the Commander of the Airborne Forces of the Russian Federation

18 May 2016
99
Several readers at once asked to comment on the rather unexpected and incomprehensible statement of the Commander of the Airborne Forces, Colonel-General Vladimir Shamanov. Let me remind you that the commander promised to add 6 to the Airborne Forces by the end of this year. tank companies equipped with T-72B3M tanks. And in the future, in two years to expand these companies to full-fledged battalions. 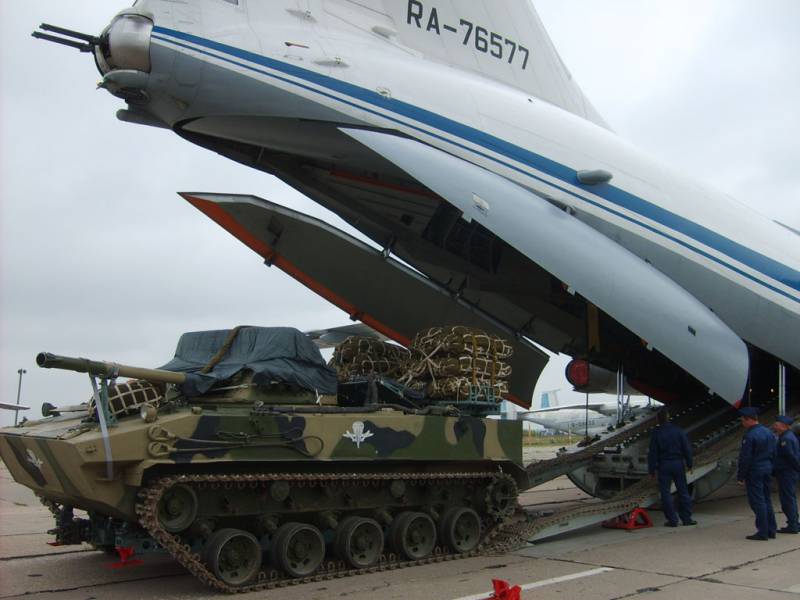 I admit, I was first surprised by American and European experts. It was their reaction that showed complete ignorance of the situation in today's armies. Authoritative publications tried to determine what the heavy ones would do according to NATO standards T-72 in the Airborne Forces.

The fact is that heavy tanks can not be landed in the usual way. And there are not so many airplanes capable of doing this. Literally individually can be considered. And it is impossible to modernize tanks for landing.

So why does General Shamanov make such statements? And makes them not for the future, sometime later, but by the end of this year? Why does the commander need to strengthen the already sufficiently increased fire and armor power of the units and units of the Airborne Forces?

The times when the paratroopers went to the enemy with almost bare hands and full-time shooting weapons, long gone. Today, airborne units and units have not only BMD, but also their own artillery. And the new BMD-4М “Gardener” is not inferior at all, and in many respects surpasses the “land” BMP and BTR.

Let me remind you what kind of weapons this machine has. Two guns! 100-mm and 30-mm automatic, 30-mm AGS-30. Anti-tank missile system "Competition". Machine guns ... And while BMD allows you to parachute the crew right in the car. So, the "Gardener" enters the battle almost seconds after it touches the ground.

Shamans promises to deliver almost one hundred and fifty units of these vehicles to the Airborne Forces before the end of 2016. And by 2025, they will be before 1500 in the Airborne Forces. Western experts generally believe the new BMD for firepower is comparable to tanks.

But back to the statement of Shamanov. After all, the general did not talk about cars "comparable by ...". The general talked about real-life tanks. And even with the indication of the brand. So why are they airborne?

In order to get a clear answer, you need to make a brief excursion into history Airborne.

If you look closely, you will find some inconsistencies. In fact, there are no nonsense in the text. There were no air assault brigades in the USSR Airborne Forces. But the brigades themselves were. And even the airborne uniform was worn.

As you can see, the composition of the airborne assault brigades in the composition of the USSR Armed Forces was impressive. But the main thing was that the Airborne Forces and the DSBB performed, though similar, but different tasks. The airborne forces operated at a large distance from the front line (up to 200 km and more), but the tasks of the SSB were more modest (30-40 km and more).

Respectively, support units were also formed. The airborne troops landed from airplanes, the airborne armed forces from helicopters. The souls of Afghanistan felt the power of these units and formations. From the composition of the Airborne Forces in the Afghan war participated 103-I Airborne Forces. From OBSHBr - 56 OBSHBr. In total, the paratroopers were represented by the 18 th "linear" battalions (13 airborne and 5 DSB), which accounted for one fifth of the total number of battalions in the DRA.

Parachute units and airborne units capture objects. But for the retention of these objects, airborne assault units and subunits are used. It is to help these units needed tanks.

It is no secret that the enemy after the first strike of the RAP or VDD is stunned. But the power of the ground forces, with all due respect to the courage and training of the paratroopers, significantly exceeds the capabilities of the paratroopers. And the enemy will try to destroy the landing with the help of heavy equipment, heavy artillery, aviation. This is where the resistance of the DShBr is needed, supported by heavy equipment, anti-tank weapons and unmanned aircraft.

In addition, in modern military conflicts, landing is rarely used. There are means of delivery by land. Therefore, many parachute units and units are used as airmobile units. And in this case, the commander of the division, and in the future, the regiment (brigade) needed its own tank units. How gunners or sappers have become familiar to the Airborne Forces. As the reconnaissance drones and combat robots, unprecedented in our army, just recently became familiar.

Well, the traditional "fly in the ointment" from me. The idea of ​​the commander is well thought out and timely. Moreover, this idea has been in the heads of officers for a long time. After all, this has already happened! Yes it was. Were part of the VDD tanks. True, not T-72, but T-62D. Back in 1984, a tank battalion was formed in the 103 Airborne Division instead of the artillery division. The division commander, future Defense Minister Pavel Grachev, then very successfully used this "truncated by the standards of the Airborne Forces" battalion. The 22 tank paratroopers (as part of the tank battalion 31) successfully fought in the Afghan mountains.

And they abandoned this idea because, alas, the issue of transport aviation that had not been resolved so far. The transport airplanes used by our army were designed during the Soviet era. And BMD, respectively, were designed specifically for these aircraft. One plane - one platoon of paratroopers. This and "Ana", and "Elah."

But with the increase of firepower, armor and other upgrades, the weight of combat vehicles increased. The same "Gardener" is twice as heavy as BMD-1. And the planes remained the same. The weight of the T-72 tank is 44 tons (versus 13,5 "Gardeners"). And only Il-76 or An-124 Ruslan can lift such a tank today. There are no others in the army.

A tank platoon can "transport" An-124. Three tanks! This means that for the transportation of a company you need an 4 (!) Of departure. But in the 76-th only one tank will enter. So ten planes per company. Serious enough risk. Modern air defense systems are fully capable of destroying such large and non-speed targets. Even at the level of divisions. Remember the huge Mi-26 helicopter shot down in Chechnya?

Yes, and the number of aircraft BTA today is not enough. According to some experts, we have today from 7 to 14 operating "Ruslan" and something about a hundred Il-76. And given the active use of these machines during the operation in Syria and in the exercises of the units and formations of the Airborne Forces, the service life of these machines is on the verge.

But in general, the reform of the Airborne Forces has matured. The concept of modern war is constantly changing. Therefore, highly mobile, well-mechanized and armed Russian paratroopers today urgent need. But this reform must be accompanied by reforms in other branches of the defense complex. And above all in the creation of new, relevant to the new tasks of the aircraft and helicopters of the Military Transport Aviation.