13 May 2016
23
Both in the Soviet Union and abroad, the domestic combat rifle weaponfrom the second half of the 20th century, it is associated with four famous surnames: Kalashnikov, Dragunov, Makarov and Stechkin. Each of the listed weapons designers, with the exception of Mikhail Timofeevich Kalashnikov, was brought to world renown by individual models of small arms that were adopted by the Soviet Army. And only the Kalashnikov assault rifle (AK) laid the foundation for a long list of assault rifles and machine guns, which are still in service with the armies of many nations of the world. But the interests of the famous designer, who worked in Izhevsk, were not limited to the creation of machine guns alone. At the beginning of the 1950-ies Kalashnikov tried his hand at creating an automatic pistol under the widespread cartridge 9x18 PM.


The idea, which concerned the adoption of a pistol that allows you to shoot bursts, after several decades became perceived as erroneous, but then it was promising and attractive to designers. After the end of World War II, work on the development of new submachine guns chambered for 9x19 mm did not stop abroad. And in the Soviet Union, automatic weapons under a pistol cartridge for a short period of time were undeservedly forgotten. At the same time, the issue of arming small arms with crews tanks and other combat vehicles, as well as the calculations of self-propelled guns, could not be solved either with the help of an automatic machine created under an intermediate cartridge, or with the help of a 9-mm Makarov pistol. The machine gun did not suit the military because of its considerable size, and the Makarov pistol in most cases was not effective enough.

In the end, Soviet tank crews, gunners and pilots had at their disposal a Stechkin automatic pistol, the famous APS, to which a wooden holster-butt could be attached. Stechkin pistol allowed to fire both single shots and bursts. The Kalashnikov automatic pistol (AIC) did not seriously compete for him, even reaching the stage of ground tests, since Mikhail Kalashnikov during the development, testing and adoption period, the APS was more focused on its main theme - machine guns and machine guns. 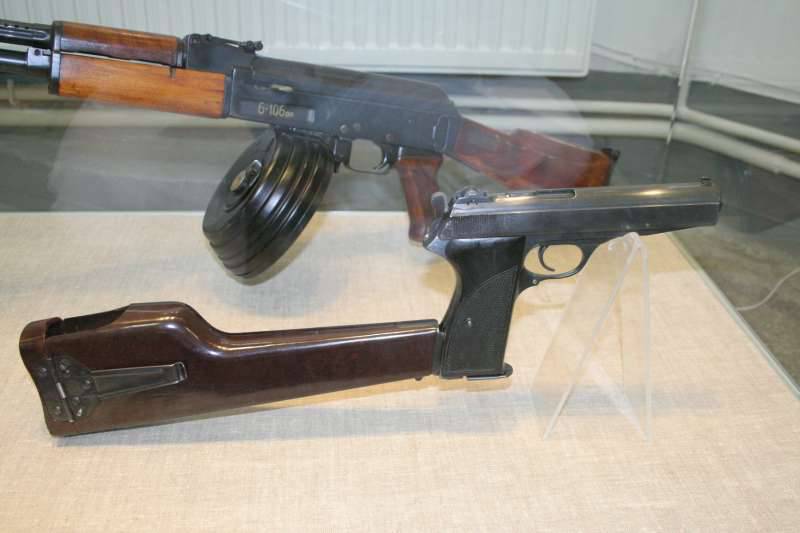 Nevertheless, the Kalashnikov automatic pistol came into the world, and the weapon was made in several versions that differed from each other. One of the Kalashnikov pistols is stored today in the Military Historical Museum of Artillery, Engineering and Communication Troops in St. Petersburg. The museum has preserved the AIC with a plastic holster-butt from the MTA. Apparently, this pistol was equipped with this holster just before its transfer to the Petersburg museum, since at the time of creation the “native” for it was a wooden holster. In general, the Kalashnikov pistol was very simple in design, perhaps even too simple for an automatic weapon. Despite the fact that the Kalashnikov pistol did not take part in field testing, the appearance of its moving parts indicates that he had a lot of work in the factory dash.

Kalashnikov automatic pistol operated on the principle of recoil free shutter. The locking was carried out by the mass of the shutter, supported by a return spring. At the same time, the return spring was put on the barrel and was almost 2 times shorter than the spring of the Stechkin automatic pistol. The Kalashnikov experimental automatic pistol and its trigger mechanism provided the shooter with the ability to conduct both single and continuous fire. The gun was equipped with a hammer-type percussion mechanism with a rotary trigger. A spiral spring applied to the trigger through the pusher. The fuse box was simultaneously a translator of fire, it was located on the left side of the bolt and had three positions: automatic fire, single fire and the fuse itself. In the “safety” position, he blocked the trigger, bolt and trigger of the weapon. When setting the AIC on the fuse there was a smooth descent of the cocked trigger. In the trigger mechanism (USM) Kalashnikov pistol, unlike the Stechkin pistol, there were no special measures designed to slow down the rate of fire.

To simplify the design of the gun and at the same time improve the reliability of the self-cocking of the trigger was excluded. The power supply of the agrarian and industrial complex by cartridges was carried out from a two-row shop, in which the cartridges were arranged in a checkerboard pattern. The Kalashnikov automatic pistol, by analogy with the well-known Mauser system, had a rigid wooden holster that could be used as a butt for more rigid fixation when firing, especially when firing bursts. 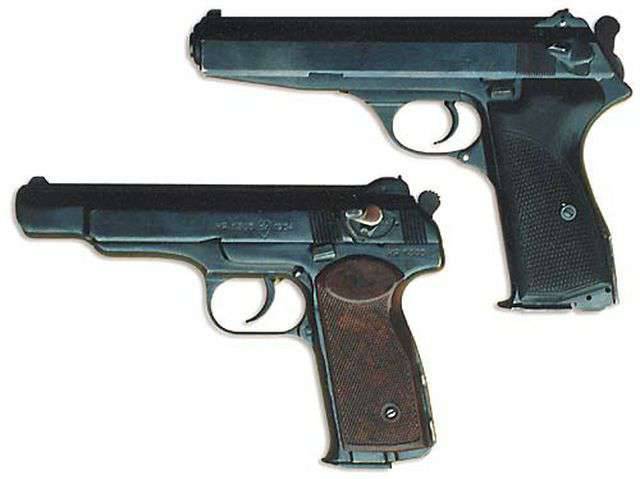 The appearance of the Kalashnikov automatic pistol was caused not only by the need to counter anything with a Stechkin pistol, but also by Mikhail Timofeevich's desire to try his hand in a new direction for himself. However, as was to be expected, the solution of the tasks on the automatic machine-gun subject required maximum pressure from the gunsmith, and the Kalashnikov automatic pistol simply did not have enough energy or time. As a result, the agro-industrial complex, along with pistols, machine guns, carbines, sniper rifle, became one of the prototypes that had accumulated dozens of times more than the machine guns and machine guns that had gained worldwide fame.

The appearance and design of the experimental Kalashnikov automatic pistol, even for the start of the 1950-s, were restrained, if not spartan. The rigorous appearance of the pistol, the smooth features and edges that remotely resemble the APS are just an accident, which, according to historians, puts these two Soviet automatic pistols in one row. It should be noted that Mikhail Timofeevich Kalashnikov was engaged in quite closely with automation and the theme of continuous fire, but the theme of personal assault weapons, which captured the minds of many brilliant designers of those years, for Kalashnikov was only a desire to master another direction in his work. Despite the serious shortage of time and effort, the designer managed to supply an automatic pistol with almost the main advantage of his own design weapons - excellent reliability.

“If we compare two automatic pistols to each other, then according to the rate of fire, for example, the agrarian and industrial complex looked even slightly better, since there were no constructive solutions aimed at deliberately reducing the rate of fire, in the Kalashnikov pistol. Accordingly, in the case when the shooting was conducted in bursts, the APC showed itself no worse than the APS. According to the accuracy of the automatic fire, both pistols went “nostril to nostril,” said Sergey Simonov, a veteran of the national special services, in an interview with the Zvezda TV channel. 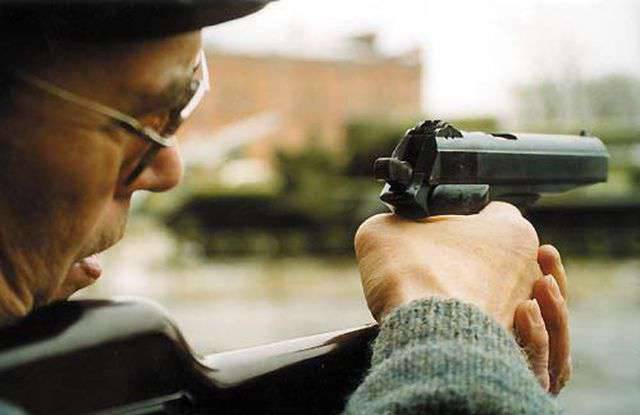 The fate of the first automatic Kalashnikov pistol was not entirely successful. Due to the large workload, it was difficult for the designer to bring this brainchild to the mind and fully join in the competition for creating the best gun for personal protection in the army, however many experts familiar with the work on the subject of the agro-industrial complex believe that if Mikhail Timofeevich had enough and time to finalize this project to perfect condition, he could impose the struggle with a Stechkin automatic pistol, which, of course, was an excellent example of small arms.

Characteristics of the AIC: