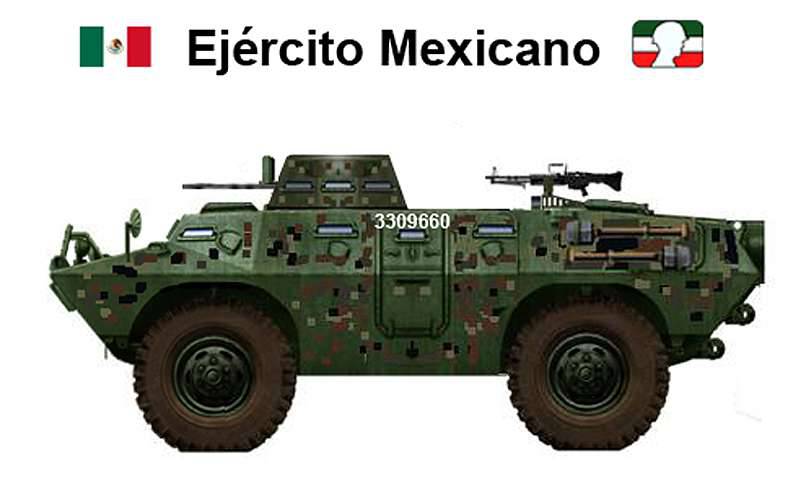 Mexican armored personnel carrier DN-IV Caballo, equipped with a single turret armed with a machine gun and an additional machine gun mounted on the rear of the hull roof


Since 80, Mexico has been involved in the development and production of light-weight armored wheels for its armed forces.

Initially it was thought that they were based on foreign platforms, mainly from the United States, but recent information indicates that they were all designed, developed, and manufactured in Mexico.

The confusion was mainly caused by the use of the DN plus the numerical index for numerous members of the light wheeled armored combat vehicles family.

These machines have been developed since 1967 under the leadership of the Mexican department of national industry. In the designation DN stands for Defense Nacional.

The first two light armored vehicles received the designations DN-I and DN-II, but, apparently, they did not progress further than the prototype stage.

The newest machine in this family is the DN-XI model, which is described in the corresponding section.

The DN-II variant was followed in 1979 by the DN-III variant, which in appearance is similar to the light armored personnel carrier V-100 4x4 (later renamed LAV-100) from Cadillac Gage (now Textron Marine & Land Systems).

At the start of the 80, a total of 24 machines were manufactured under the designation DN-III or SEDENA 1000. It is believed that they were based on the American truck Dodge 4x4 with rear mounted diesel engine.

The DN-III variant was followed by the DN-IV variant, based on a 6,5 tonne chassis with a diesel engine installed at the rear. These armored vehicles received the designation Caballo (horse). It is assumed that in service remains from 25 to 30 of such vehicles.

At least two versions were developed: one with a single turret armed with an 20-mm cannon, and the second with a turret similar to the DN-III BTR turret with an externally mounted 7,62-mm machine gun. An 7,62-mm machine gun can also be mounted in the rear of the hull. In the troop compartment there are loopholes for shooting and the corresponding viewing devices.

At the beginning of the 60-s, these Caballo machines were overhauled and upgraded. Some of them were equipped with single turrets from the French company SAMM (currently TRW Aeronautical Systems), armed with 7,62-mm and 12,7-mm machine guns M2 HB. The Caballo is equipped with an eight-cylinder diesel engine DINA Cummins V8-504.

Following the Mexican tradition in the designation of machines, the DN-V was followed by the DN-V variant, in at least two versions: reconnaissance Toron and fire support Buffalo. Both cars are to some extent similar to the LAV-150 armored personnel carrier (in the past it had the designation Commando). According to estimates, 70 of such vehicles remains in service.

The standard Toro armored personnel carrier is equipped with the FVT900 series single-seat turret manufactured by the British company Thales UK with the Oerlikon 20-mm cannon and the 7,62-mm machine gun paired with it, as well as four-barrel smoke grenade launchers mounted on the sides of the tower. It is assumed that X-NUMX DN-V machines are currently being operated in Mexico.

It is assumed that there are five such vehicles in service with Mexico. This is the only self-propelled artillery in the Mexican army.

It is believed that there are at least two mortar options. On one, the 81-mm mortar is installed, and the second can tow the French 120-mm TDA mortar. 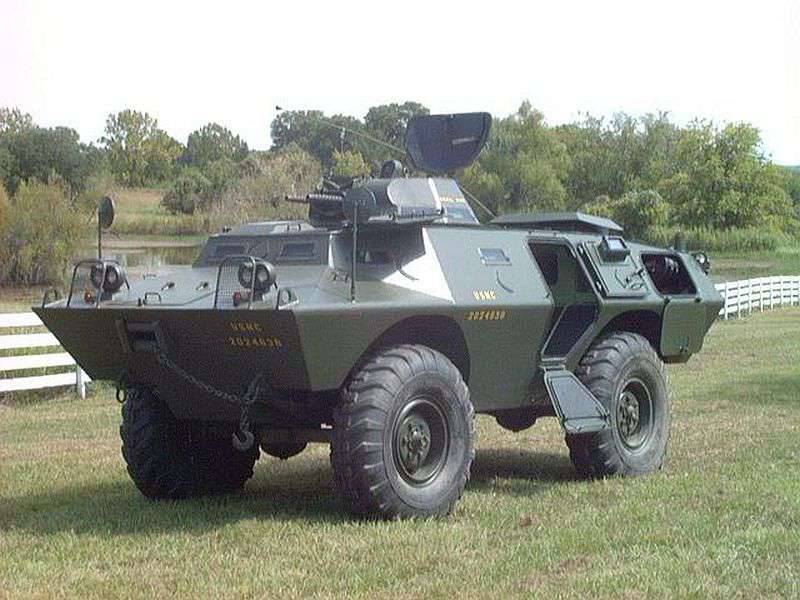 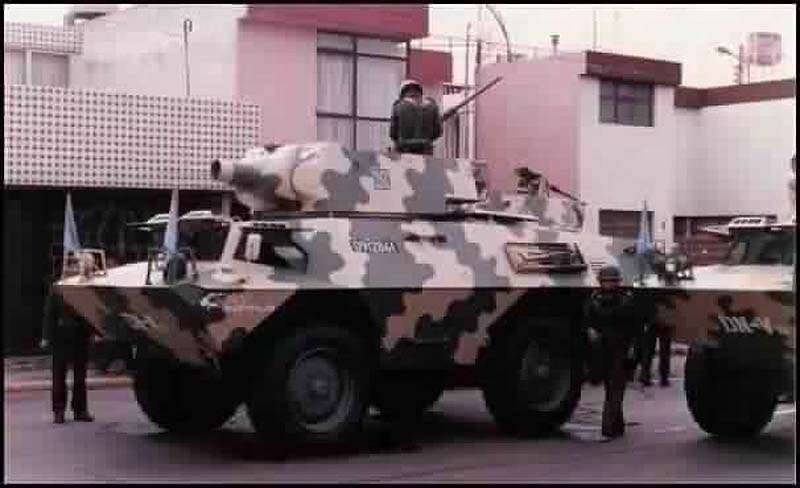 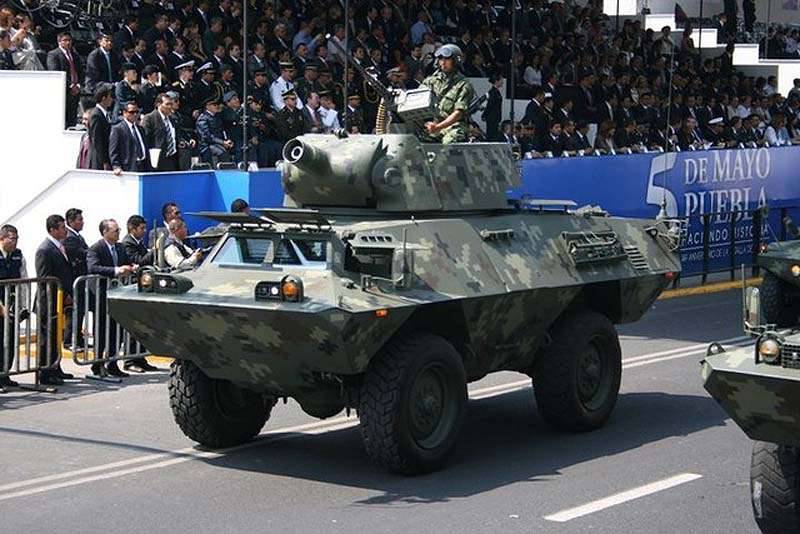 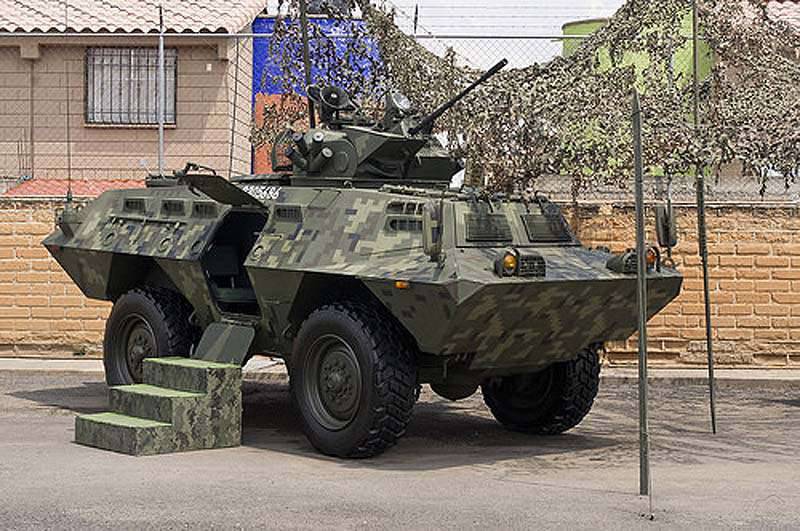 The DN-VI 4x4 armored personnel carrier is in some ways similar to the VAB 4x4 and 6x6 series vehicles of Renault Trucks Defense, a French company, which were manufactured in large quantities for local and overseas markets.

This variant is also sometimes referred to as Ocelote and it is clear that it was based on a Dodge truck of American design.

Later cars, however, are based on the chassis of the Mercedes-Benz UNIMOG 4x4 U1300L or U1600L 4x4 trucks. It should be noted that these chassis are no longer produced.

This car is equipped with a six-cylinder diesel engine Mercedes-Benz, which allows you to develop a maximum speed of 100 km / h and have a maximum cruising range of 1000 km. Armament consists of two installed outside the 7,62-mm machine guns HK21A1.

Several other options have been developed, including intelligence, control, cargo, and sanitary. A fire support vehicle with an 90-mm turret was proposed, but did not enter service. 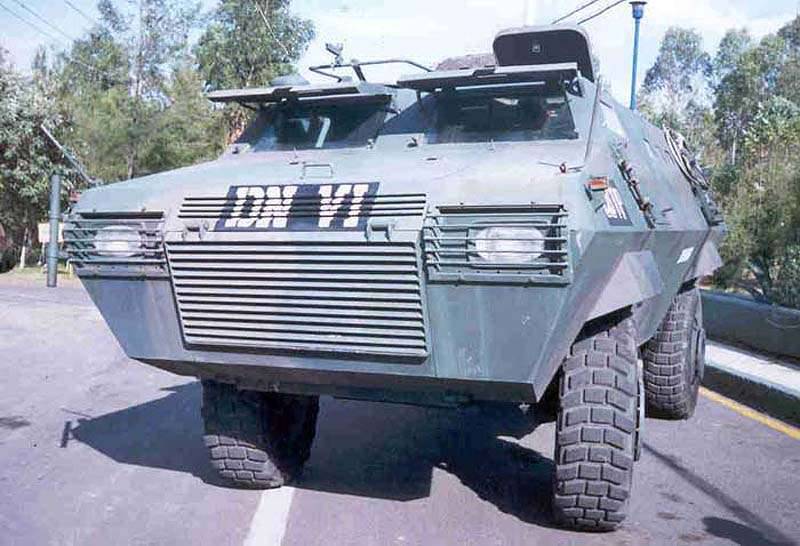 The latest machine, entered service with the Mexican army, was the reconnaissance armored car DN-VII Lince. It is very similar to the Renault Trucks Defense VBL (4 x 4) light armored vehicle, which was developed before the prototype stage for the French army, but did not enter production. The crew consists of the commander of the gunner and the driver, the machine is armed with one 7,62-mm machine gun HK21A1. 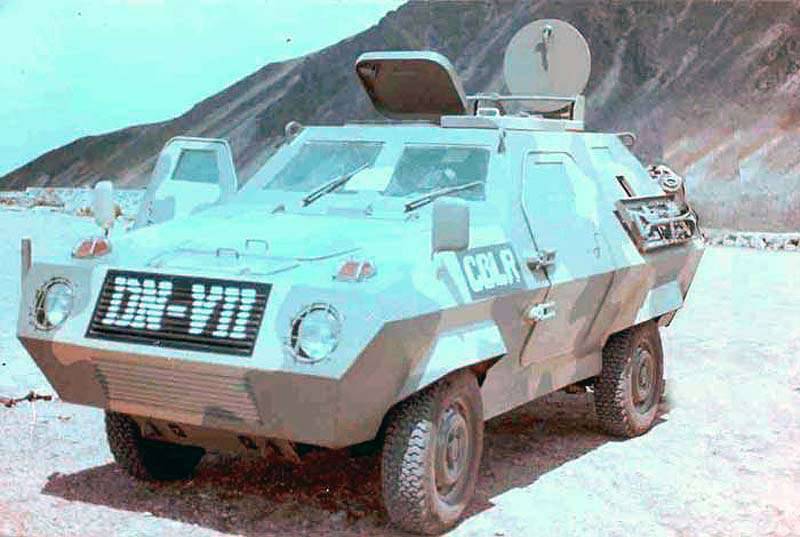 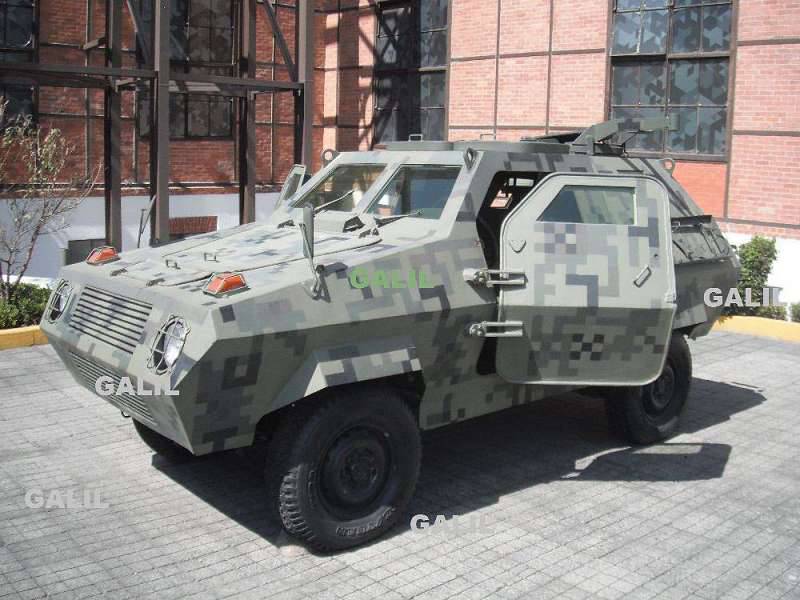 Several experimental machines were manufactured in this variant, after which the development was stopped and, as a result, the DN-X variant did not go into mass production.

The DN-XI option is based on the Ford Super Duty 4x4 chassis, which is fitted with an armored corps that meets the requirements of the Mexican army. 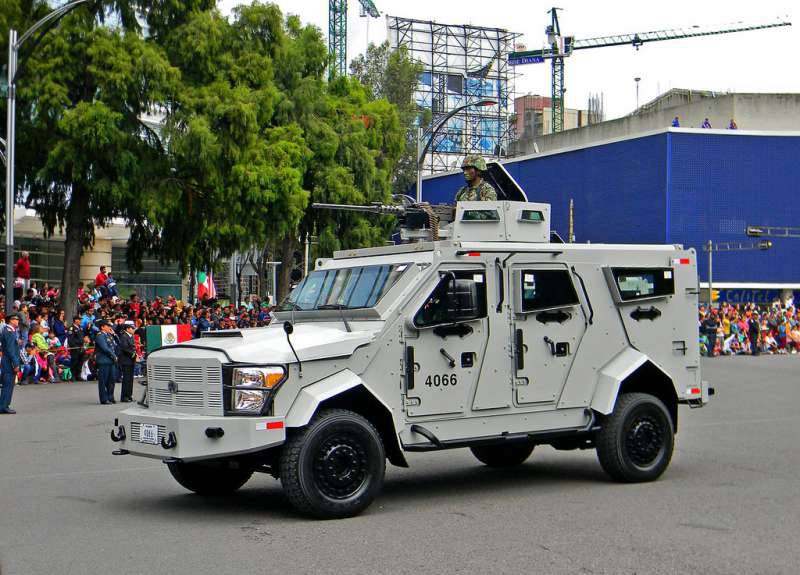 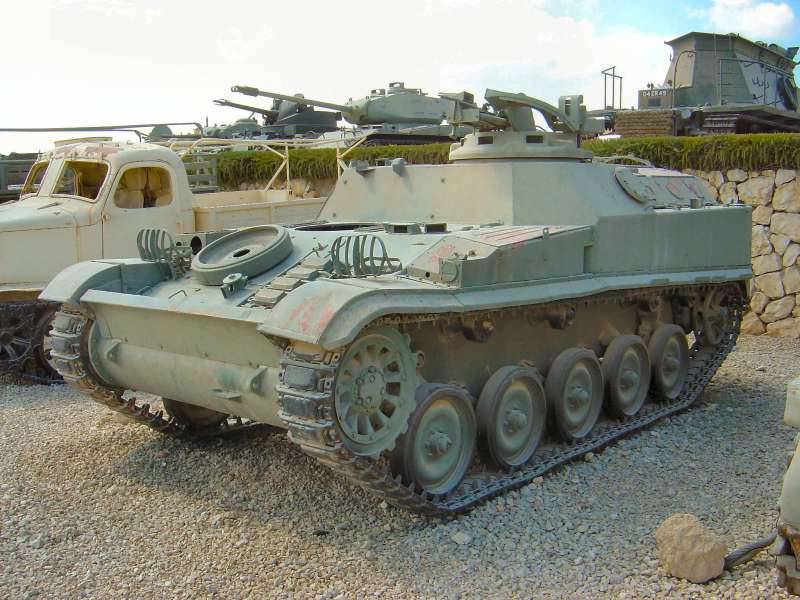 In the Mexican army, AMX-VTT is known as DNC-1, while the BDX 4x4 armored personnel carrier is known as the DNC-2.

Some semi-tracked vehicles of American origin were upgraded using kits supplied by NAPCO from the USA. Also all German half-tracked armored personnel carriers HWK10, supplied by Henschel Wehrtechnik (in 2000 entered into Rheinmetall Landsysteme) were upgraded, for which Mexico became the only buyer. These works were carried out by the Israeli company NIMDA. 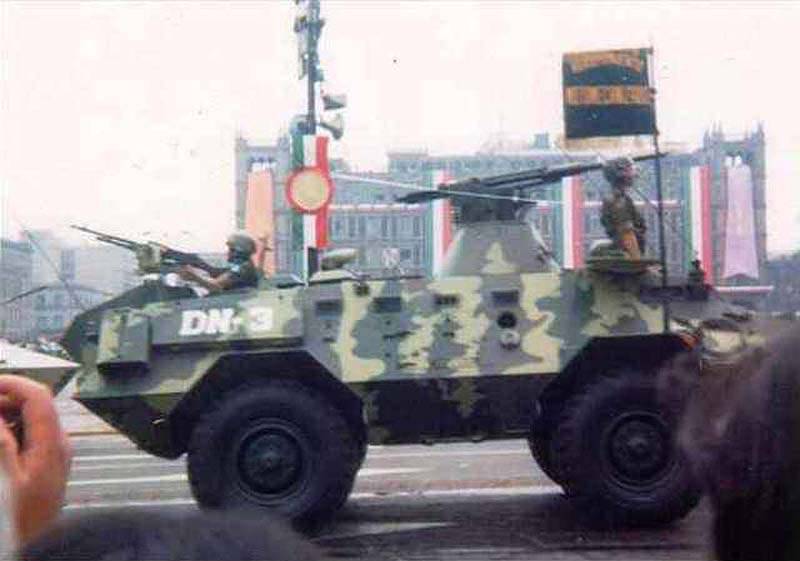 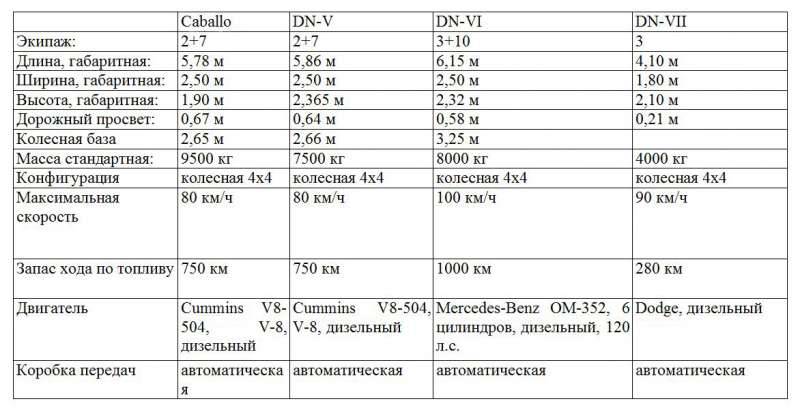