5 April 2016, the Russian president signed a decree establishing the Federal Service of National Guard forces. The new structure will be engaged in anti-terrorism activities, the fight against organized crime, will take over the functions that were performed by the riot police, SWAT.

The servicemen of the explosives and the employees of the Ministry of Internal Affairs, who will be transferred to the National Guard under, will retain their ranks and social guarantees. Re-certification they will not need. The head of the National Guard under will be directly subordinate to the president, which indicates the special status of these troops. A new form of clothing is being envisaged, which will most likely become even more attractive, since representative functions are also entrusted to the national guard. All these changes, as stated in the Kremlin, do not speak about the crisis of Vladimir Putin’s confidence in power structures. And yet, what is behind this presidential decree, why did he appear right now?

The concept of "guard" comes from Italy. In the XII century, the unit was called so to protect the state flag. From the most ancient times, rulers, whether leaders, princes, or monarchs, had special guards with them; there were selected units in all armed forces that served as a reserve for military leaders. In European countries, the guard was distinguished by better training, uniforms, weapons, and performed, in addition to combat missions, the functions of guarding the monarch. This is largely characteristic of Russia. 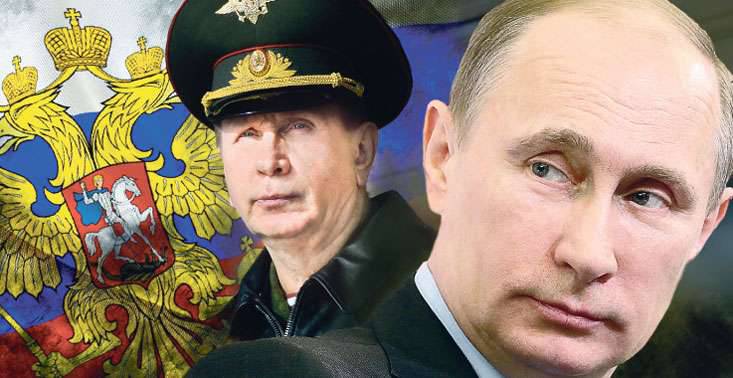 In the Russian Empire, the Life Guards appeared under Peter I. Its core was composed of the Semenovsky and Preobrazhensky regiments, whose officers and soldiers were recruited and trained by the king personally and were devoted to him selflessly.

By the end of the 19th century, the guards' officers consisted mainly of hereditary nobles: 96,3 percent in cavalry, 90,5 percent in infantry. For comparison: in the usual infantry, the 39,6 percentage of officers was just nobles. Surprisingly, even marriages were strictly controlled: marrying a merchant's daughter, a banker, a stockbroker, even with a thousand-strong dowry, entailed a deduction from the Guards regiment.

In Soviet times, military units, ships, formations for mass heroism, courage, and high military mastery, shown during the Great Patriotic War, received the title of Guards. Therefore, we can assume that the presidential decree is also a return to the traditions, to the spirit of the parts that have gained military glory. But the main thing, perhaps, is a response to the challenges of the time and the international situation.

From gendarmerie to Dynamo

Interestingly, attempts to create in the structures of the Ministry of Internal Affairs Guards units have been made before. One of the first this was attempted by the Minister of the Interior (1995 – 1998), Army General Anatoly Kulikov, to whom the “MIC” turned for clarification of the situation. “At that time, I already had on my desk a ready-made concept for the further development of internal troops and calculations for the creation of a federal guard,” he recalls. “But then it turned out to be impossible for a number of reasons: political, economic.”

There was an attempt to create its own gendarmerie (as in France), which would take on the fight against street crime. It was supposed to be special motorized police units consisting of conscripts. For what schools of the Ministry of Internal Affairs were transferred to a legal profile. Their graduates could detain offenders for a certain period, conduct an inquiry in a simplified form, draw up records of detention, conduct a preliminary investigation, and then transfer the materials to court. It was expected that by 2005, such a system would work everywhere.

When Kulikov was dismissed from the post in 1998, everyone was postponed, although the concept was approved by the president, the supreme commander at the 29 board of October 1995. But the war began in Chechnya. She violated the usual way of life and service. Confusion and corruption gradually pushed the interests of the state to the background. Kulikov in the presidential administration once even offered to withdraw internal troops, traffic police and traffic police from the Interior Ministry. He replied that he did not want to remain chairman of the Central Council of Dynamo Society.

After the presidential decree “On the creation of the Federal Service of National Guard troops on the basis of the internal troops of the Ministry of Internal Affairs of the Russian Federation”, problems arise that need to be resolved. “I read the decree, but there are many questions left,” says Kulikov. - The first is jurisdiction. The second is the operational submission of riot police and SOBR to the Minister of the Interior. ” 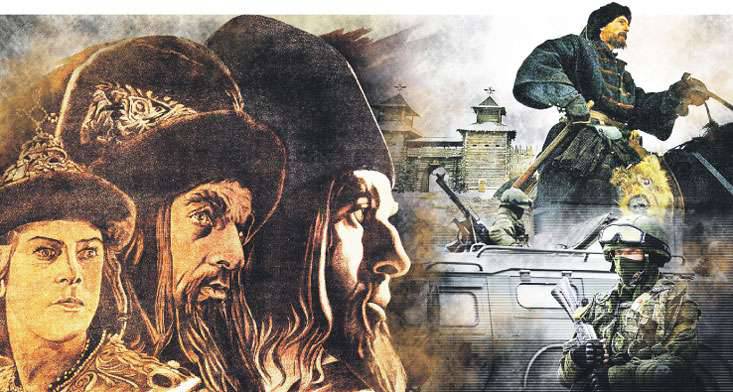 How will the services interact? When, say, there is an Investigative Committee and operational support for the detection of crimes - this is one thing, Kulikov reflects. And how, if suddenly riots happen, will the SOBR and the OMON, which are part of the National Guard, but operatively obey the Minister of the Interior, work? Who and for what exactly is responsible?

In general, the decision, according to Kulikov, is correct and timely. We see what is happening in the world and in the country. Much is overvalued after the coup d'état in Ukraine, which could have been avoided if the riot police’s rights were spelled out more clearly in the relevant laws.

Do our internal troops perform their functions now? Yes. Recently, the president gave them a high praise. Therefore, the creation of the National Guard, apparently, aims to prevent the development of events, taking into account the situational forecast, the information war against Russia, the intensification of all our enemies, opponents, the “fifth column”.

One of the most important tasks is the fight against IS. The methods of this banned organization in Russia are known when, for example, young people are even recruited into gangs from even wealthy families. “The leaders of these extremist structures go to the most vile methods, up to the perversion of the canons of Islam,” says Kulikov. - For example, IG agents in Europe and Russia are allowed to wear crosses, smoke and throw cigarette butts. That is, to behave like others, so as not to be exposed. But at the same time they have to wait for a convenient moment in order to blow up the object indicated by the leaders. ”

We repeat: the decree on the creation of such a power structure is fully justified. We do not know what awaits the country. And the president knows. 10 years ago in Russia, the law “On Countering Terrorism” was passed, in which Kulikov had to take an active part. According to the FSB Director Alexander Bortnikov, today this law not only helped to avoid many terrorist attacks, but also allowed us to become the best in the world in the fight against terrorism. “I’m sure that our political leadership, creating a guard, looks a little further than many of us,” Kulikov stresses. “Perhaps, from a tactical point of view, this is now incomprehensible to many, but from a strategic point of view it is fully justified.”

It turns out that the hopes that the President places on such a structure also respond to the aspirations of the people - to live in harmony, peace and security. It seems that the national leader worked here in his characteristic style - to be ahead of the curve.