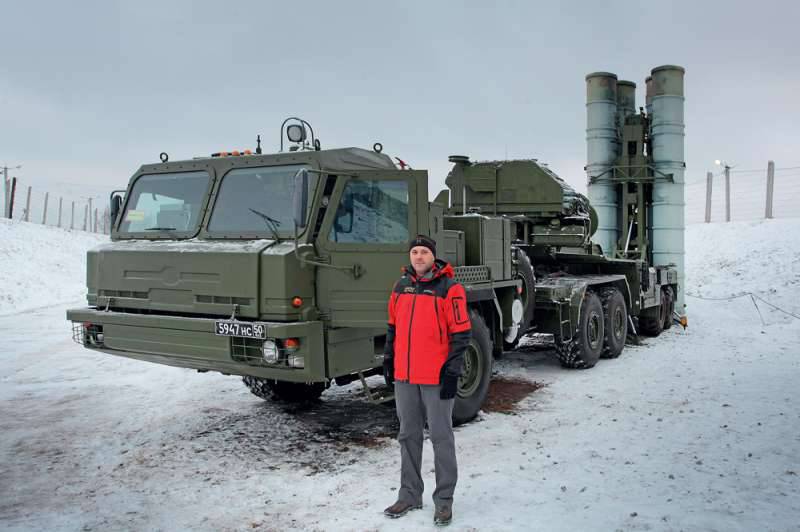 The military department of the university where I studied was preparing the commanders for calculating the C-300 anti-aircraft missile system. We studied the electronics of the command post on the operating simulator simulator, and to demonstrate the real air defense system, we were taken on a tour of the military unit. The present C-300 command post turned out to be very similar to the layout and did not arouse much interest, so the future stock lieutenants soon became bored. Then the officer accompanying the group launched a win-win argument: leading the group to the position where transport vehicles were located — MAZ tractors with trailers on which anti-aircraft missile launchers were located. After a proud demonstration of the sound of the engine, no one could resist the charm of a giant machine, and the flattered officer began to answer the questions of interested students.

- How much does it weigh?
- More than thirty tons.
- Do you eat a lot of fuel?
- One hundred [liters] per hundred [kilometers] (listeners respectfully became silent).
- And what speed does it develop?
- On the road 80 km / h, in the forest - 40.
- What about the trees?
- And this is taking into account the trees.

And now, after 25 years after this answer, which became a catch phrase in our group, I finally had the opportunity to ride a transport car, albeit already a newer C-400 Triumph complex - a tractor of the Bryansk Automobile Plant BAZ-6402.

In the cockpit you immediately realize that this is a military machine. Dull black plastic and army gray painted corps of the radio station are depressing. But the chair is much more comfortable than you expect - adjustable and depreciated. And any driver who stood in a traffic jam next to a smoking KamAZ would envy the air purification system: BAZ is equipped with a FVUA-100A filtering unit that protects the crew under chemical, radioactive or bacteriological contamination and creates a slight overpressure in the cabin. And there is a hatch there. True, not glass and not rectangular, but round. 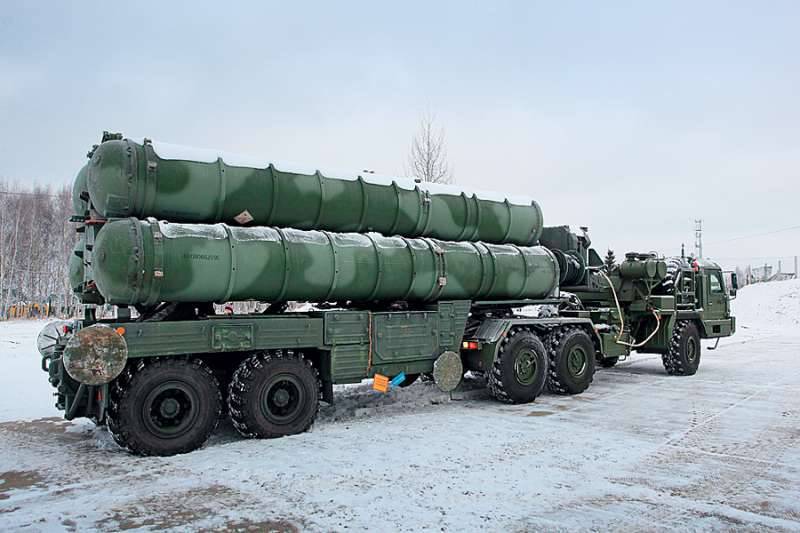 On the torpedo - gear shift scheme. There are nine of them - five in the lowest range (1 − 5), four in the highest (6 − 9) and reverse. I check that the lever is in neutral, I start the engine. It quickly becomes warm in the cabin, which, with a light frost outside, is not at all superfluous. On the right seat is the instructor - Senior Lieutenant Ivan Zavarzin, platoon commander of the starting battery of the C-400 air defense system: “Do not hold the clutch for a long time”. Following the advice, I quickly let go of the clutch - and the car starts off, thanks to the high-powered diesel engine, almost without pressing the gas pedal.

Approaching the turn, I manage to switch to the third. “Do not forget that the front wheels are a couple of meters behind my back,” says my instructor. “And there's a launcher in the back.” When the cabin is already passing an apex, I begin to turn the steering wheel and carefully fit into the dimensions of the track. “To gas, to gas!” - commanded Ivan: in the turn I slightly weakened the pressure on the accelerator pedal, and the car slowed down. Strange, it seemed to me that the inertia of the 35-ton tractor would be fair. Everything becomes clear when I, having completed the circle and slowed down unnecessarily sharply (the brakes are very sharp), finally drive up to the parking lot and examine the car outside. It turns out that the semi-trailer wheels are lowered. “When driving on sandy terrain for better road performance, tire pressure was reduced,” explains Ivan. “The wheels of the tractor are equipped with an auto-priming system, and tire pressure can be quickly adjusted.”

The crew of the battle machine 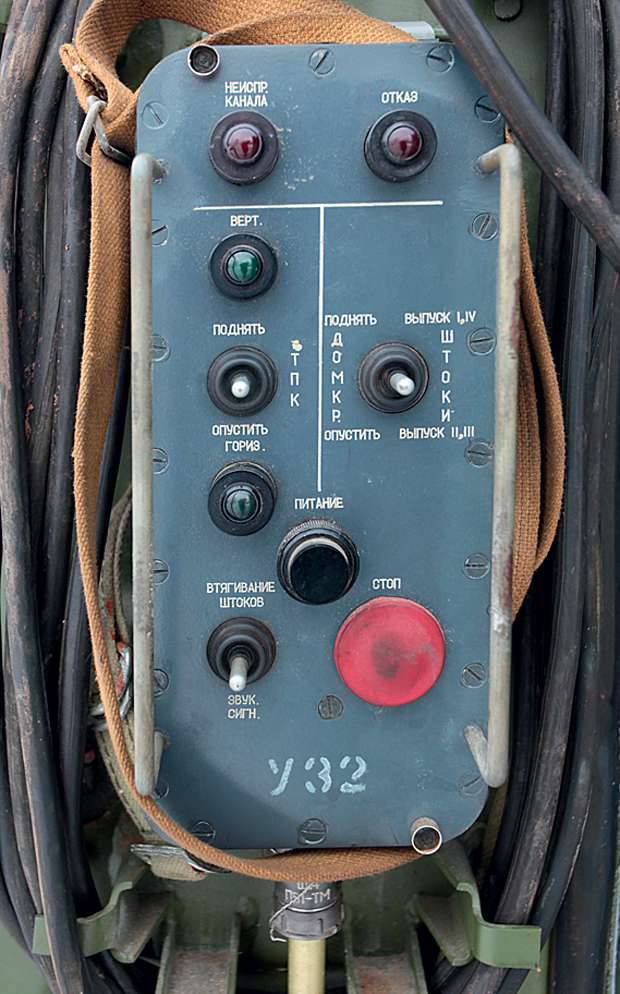 The crew of the transport vehicle consists of two people: the driver-mechanic and the driver-operator of the launcher. The driver’s work ends when the car reaches the location, and then the main role goes to the operator. “His workplace is outside where the control panels for the hydraulic jacks of the launcher and the hydraulic cylinders of the launcher are located,” explains Senior Lieutenant Kirill Garzeyev, acting commander of the launch battery. To power these systems in the field, a generator driven by a diesel engine tractor is used. But the operation of the launcher after deployment is provided by a different power system - mounted on the GTA trailer, a gas turbine unit. After bringing the installation to the working (vertical) position, it is required to connect to the command post of the air defense missile system (by cable or by radio channel). The total deployment time of the launcher "from the turn" is a few minutes (this time is increased if you also need to tie the system to the terrain).