February 27 2016
41
Will a Russian soldier wear a uniform made from Russian fabrics?


Against the background of incessant disputes over whether the Superjet will fly with engines of domestic production and how to replace the power plants previously supplied by Ukraine for warships, the problem of developing and producing modern fabrics in Russia is not so visible. everyday uniform of military personnel.

The topic of import substitution is one of the most popular not only among politicians, leaders of the domestic defense industry at various levels, the media, but also among experts with specialists of varying degrees of awareness. Undoubtedly, over the last two years, our OPK has achieved certain results, in some places very noticeable, in areas such as engine-building, the manufacture of components for precision optics, and many others. There are certain changes in mechanical engineering, domestic high-precision machine tools appear.

But in other areas, the problem with the replacement of foreign components continues to be very acute, which causes some experts to say: the import substitution program is not being implemented.

Our costume, someone else's fabric

It is no secret that in recent years a large number of modern high-tech materials have appeared in the world, allowing to make the form not only more convenient and comfortable, but also quite versatile.

“After Gore-Tex established a wide release of its membrane in 80, which the leading countries of the world immediately began to use to manufacture wind-protective clothing sets for their armed forces, natural fabrics and materials gave way to synthetic ones,” Russian companies engaged in the manufacture of various items of clothing for security forces.

Until recently, in providing our army with uniform, it significantly lost to foreign ones. The trendsetter here is traditionally the United States, which developed and introduced two sets in the middle of the 2000-x - PCU and ECWCS. Each consists of seven layers, the combination of which, depending on the external conditions, allows servicemen to always be dressed according to the weather.

The basis of the seven-layer kit is the so-called fifth layer. The jacket and pants are made of softshell fabric, which blocks the wind well, but at the same time removes sweat and dries quickly. No less important is the seventh layer, popularly referred to as "teplyak". These are the warmed jacket and trousers which put on on halts not to freeze. Also, the “greenhouse” is worn when the temperature drops below minus 25 degrees. But the main requirement for the seventh layer is to be very warm and remove moisture, but at the same time take up little space, minimum weigh and roll up into a bundle, which is easily retracted into a backpack.

Similar multi-layer systems were developed in many countries of the world, in Russia this topic was taken up at least ten years ago. Currently, the kit called VKPO is an all-season kit of field uniforms (formerly called VKBO is an all-season kit of basic uniforms) manufactured by BTK-groups and accepted for supply by the Russian Armed Forces. Soon the troops will receive specialized multi-layer sets of field uniforms for extremely low temperatures, for conducting combat operations in the mountains and a number of other types of special uniforms.

For a long time, the VKPO-VKBO set was criticized for the fact that almost all of its elements were sewn of foreign fabrics and equipped with the same import fittings.

It is clear that the range of fabrics and materials used in the sewing of the all-season kit of field (basic) clothing includes several dozen items. At the same time, it makes sense to isolate the most important components from the list, without the use of which WCPW will not meet the requirements set by the customer. 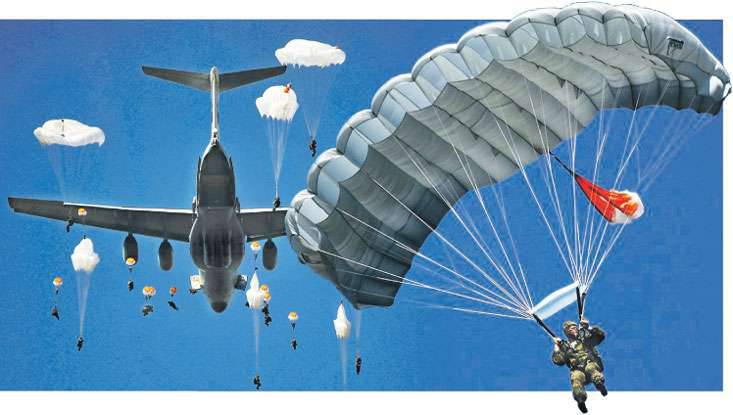 The military personnel interviewed by the Military-Industrial Courier, as well as specialists involved in the development and tailoring of field uniforms, identified three key components: the already mentioned windproof soft shell, membrane fabric and synthetic insulation.

It is noteworthy that if membrane firms and softshell firms producing field uniforms from different countries choose mostly arbitrary, since there are enough offers in this segment on the world market, then everything is unanimous in terms of insulation: today the standard of Primaloft is Silver and Gold.

“Primaloft Silver is most often used by manufacturers of the warmed seventh layer. Through the use of special technology, two types of fibers with different melting points are brought to a temperature when a certain part of them coalesces. It turns out a material with unique properties, thanks to which finished products not only perfectly protect against cold, but also remove moisture, and most importantly, which is very important for use in the army, for a long time without loss of their properties can be compressed ”, explains Technologist of one of the industrial production, familiar with the situation.

According to the "MIC", last year the BTK-groups applied to the Ministry of Industry and Trade for permission to purchase a certain amount of imported materials and components for the production of clothing and equipment. 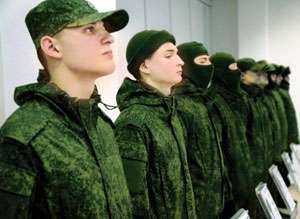 On the one hand, such procurement is hampered by a government decree No. 791 of 11 of August 2014 of the year “On imposing a ban on the admission of light industry goods originating from foreign countries”. But there is a substantial reservation in the document that it is possible to acquire foreign products if the production of these goods in the territory of the Russian Federation, Belarus and Kazakhstan is absent.

The BTK list includes several items of softshell fabric, and the volume of purchases is measured in tens and hundreds of thousands of running meters. According to the list, the suppliers included such well-known manufacturers as the Swiss company Schoeller Textile AG and the American Miliken & Company.

The manufacturer of VKPO-VKBO also planned to purchase several types of synthetic insulation from Primaloft. As in the case of softshell, the amount of imported products, depending on the series, varied from tens to hundreds of thousands of meters.

BTK groups have not bypassed the membranes, having planned to purchase several hundred thousand meters of fabric with PTFE membrane from the already mentioned Swiss company Schoeller Textil AG. Currently, the "MIC" is not known for certain what decision was taken by the Ministry of Industry and Trade and whether the purchase of the specified materials and components was approved.

It turns out that of the three crucially important components of the VKPO-VKBO named by the interlocutors, all three manufacturing companies are forced to import.

In addition, according to the "MIC", the opportunity to purchase foreign materials, which gives the decision number 791, used when ordering uniforms and other security agencies.

We can, but not all

Based on the wording in the document developed by the government and signed by its head Dmitry Medvedev, it can be concluded that materials and components that are crucial for the production of field uniforms of Russian military personnel in our country, unfortunately, are not produced. But such reasoning is somewhat erroneous. 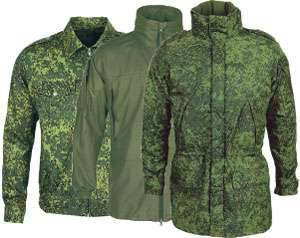 “At the core of the softshell wind protection fabric is polyamide 6,6. Yes, alas, there is currently no mass production of fabrics based on it, ”says Svetlana Lopandina, general director of the Central Research Institute of the Clothing Industry.

But the problem is not the backwardness of the Russian sewing industry.

“Earlier, Russian manufacturers have successfully mastered the manufacture of fabrics based on polyamide-6. Components for polyamide-6,6 are brought from abroad, plus you need to build production, purchase equipment. This is quite a serious financial investment. Domestic firms are ready to go for them only if they are provided with sustainable orders that make it possible to recoup the investments, ”explains Lopandina.

It is known that BTK-groups have already begun work on the production in Russia of fabrics based on polyamide-6,6. Previously, the company was able to master the production of knitted fabrics, similar to the widely known Polartek products. Currently, the Russian material is used for the manufacture of several layers in the set of VKPO.

“Although we jokingly call the third layer“ the fur of a strange animal ”and the fabric does not look like the American counterparts from PCU, but still these are domestic products and, most importantly, they are given free of charge. Moreover, it is not bad in its properties, ”the officer of one of the special-purpose brigades shares his impressions.

However, it would be a mistake to blame Russian manufacturers for not making all the necessary types of fabrics. In the States, the production of such materials - from the production of oil-based components to the creation of the canvas itself - is far from completely localized in the country. The same company Primaloft purchases materials from which the fibers of the famous heater are subsequently made, in Europe and East Asia.

“Now Russian manufacturers produce insulation not worse than Primaloft. In particular, at the end of last year, Thermopol presented us to test its new line of insulation, in some ways even superior to American counterparts, ”says Svetlana Lopandina.

However, while some domestic manufacturers and developers of field uniforms are still quite skeptical of Russian heaters, preferring to make products using proven imports. But the sources of the "military industrial complex" in the power departments and the Ministry of Defense of Russia noted that the price of products with American insulation after the fall of the ruble became unreasonably high.

What really is a serious problem in Russia is the production of membrane tissue. Leading manufacturers such as Gore-Tex and a number of others supply the Russian market not with the membrane itself, but with ready-made so-called packages in which the membrane is between two other types of fabrics. It is still difficult to compete with such products. At the same time, according to Svetlana Lopandina, Tchaikovsky Textile is already mastering the production of its own membrane bags, although the most important component is that the membrane still has to be purchased abroad.

The patient is rather alive

It must be admitted that the production of modern fabrics for special uniforms and uniforms is a rather high-tech area, requiring significant costs for the development and development of new materials. Moreover, it is, alas, almost completely unable to localize the entire production cycle even for the United States, not to mention European countries.

At the same time, despite the criticism, Russian manufacturers do not look as lagging as they seem at first glance. But for now, the lack of mass orders still remains a limiting factor in some areas.

Ctrl Enter
Noticed oshЫbku Highlight text and press. Ctrl + Enter
We are
Engineering Technologies-2012. The first days of the forumFive consequences of rearmament
41 comment
Information
Dear reader, to leave comments on the publication, you must to register.