Talking about the "bomber of the future" PAK DA, the media often use images of an airplane of fantastic outlines: with a very wide flat fuselage, retractable wings and wide-spread keels. There are no real images of PAK DA in the public domain - the plane is in the project, and that one is deeply classified - and not everyone knows that the pictures of the “plane of the future” depict the promising T-4MS missile carrier, developed by the Sukhoi Design Bureau in the early 70s, writes “Weapon Russia ". Despite the fact that Sukhoi's development won the competition announced by the Air Force, the famous Tu-160, a competitor's car from the Tupolev Design Bureau, went into production for various reasons.
"Weaving"

The predecessor of the T-4MS was simply the T-4 (product 100 or "weaving"), a supersonic strike and reconnaissance missile carrier designed to search for and destroy aircraft carrier groups. The plane turned out to be fantastic: a titanium body, new control principles, the latest electronics ... Some 4 inventions were used in the T-600.

The cruising speed of the "hundred" was under 3000 km / h, so in supersonic mode the crew flew blindly - after takeoff, the nose cone was set to a horizontal position and covered the cockpit canopy, the glass of which would inevitably melt at this speed. Just in case, the commander had a periscope, but it was of little use.

The first prototype took off on August 22, 1972. The tests were successful, the military ordered 250 aircraft, but after 10 successful flights, the project was closed. There were several reasons for this. At that time, the Sukhoi Design Bureau was engaged in the T-10 heavy fighter - it later turned out to be the magnificent Su-27 - and the government decided not to scatter its forces. The Tushinsky machine-building plant, which is basic for the design bureau, would not have pulled the serial production of the innovative missile carrier, and the Kazan aircraft plant supposed for this was not transferred to Sukhoi.

When the Council of Ministers began to prepare a decree on the production of T-4 in Kazan, Pavel Sukhoi's main competitor, Andrei Tupolev, realized that he was losing the serial enterprise where his Tu-22 was produced ... And he made every effort to prevent this from happening. In particular, he proposed setting up production of the Tu-22M modification in Kazan - for this, it was allegedly enough to only slightly redesign production. And although the output turned out to be a completely new plane, the Kazan plant remained with Tupolev.

Because of the titanium case, the T-4 turned out to be very expensive and even the KB know-how to reduce metal consumption in production and welding could not convince industrialists and economists. They quite rightly judged that it is one thing to apply advanced developments in pilot production, and to introduce them at another plant during in-line assembly is quite another.

In addition, in 1969, the Air Force changed the requirements for the performance characteristics of the missile carrier and the "hundred" project already created by that time did not meet them. In 1976 the minister aviation industry Peter Dementyev signed an order to close the T-4 project and transfer all developments on it to the Tupolev Design Bureau for the creation of the Tu-160. The only copy of the "hundred" was sent to the Air Force Museum in Monino, and the rising fairing received a Tu-144 - albeit with windows. Fortunately, the cruising speed of the first stories passenger "supersonic" was not so high - "only" 2300 km / h.

Having failed with the "aircraft carrier killer", the Sukhoi Design Bureau reworked the project to participate in the competition for a strategic bomber. This is how the T-4MS (modernized strategic) was born. Along the edges of the triangular fuselage, small wings of variable sweep appeared, the keel bifurcated, the engines in the underwing gondolas shifted back, making room for weapons. According to the project, the aircraft carried 24 X-2000 ballistic missiles or four large X-45 cruise missiles in the internal compartments and on the external sling in special containers that improved aerodynamics at supersonic speeds. The T-4MS received the code “product 200” for its take-off weight, which was close to 200 tons.

Tests of the model in a wind tunnel showed that the "two hundred" has fantastic aerodynamics: 17,5 at subsonic speeds and 7,3 at Mach 3. The small area of ​​the rotary wing consoles and the rigid center plane made it possible to fly at high supersonic sound near the ground. The aircraft made a great impression on the military - in addition to aerodynamics, they were seduced by the speed, three times higher than the sound speed, and low radar signature. By all accounts, the T-4MS was a "breakthrough aircraft" that existing and future air defense systems could not intercept.

At the end of the meeting dedicated to the results of the competition for the development of a strategic bomber, the Commander-in-Chief of the Soviet Air Force, Air Marshal Pavel Kutakhov spoke: “You know, let's decide this way. Yes, the design of the Sukhoi Design Bureau is better, we gave it its due, but it has already got involved in the development of the Su-27 fighter, which we really, really need. Therefore, we will make such a decision: we admit that the winner of the competition is the Sukhoi Design Bureau and we will oblige to transfer all materials to the Tupolev Design Bureau so that it can carry out further work ... "

By that time, the Tupolev firm was already making the Tu-160 and abandoned Sukhoi's developments. However, the revolutionary solutions "weave" and "two hundred" eventually appeared in the Tu-160, Su-27, MiG-29 and aircraft of the XXI century. 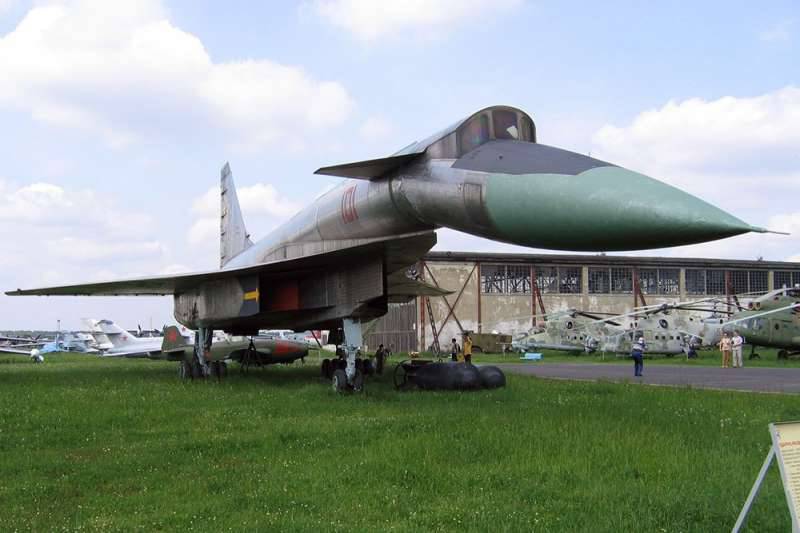 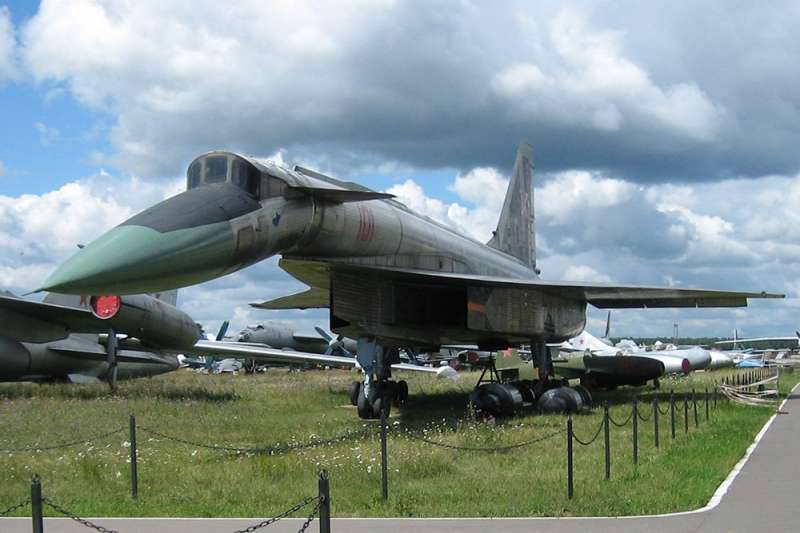 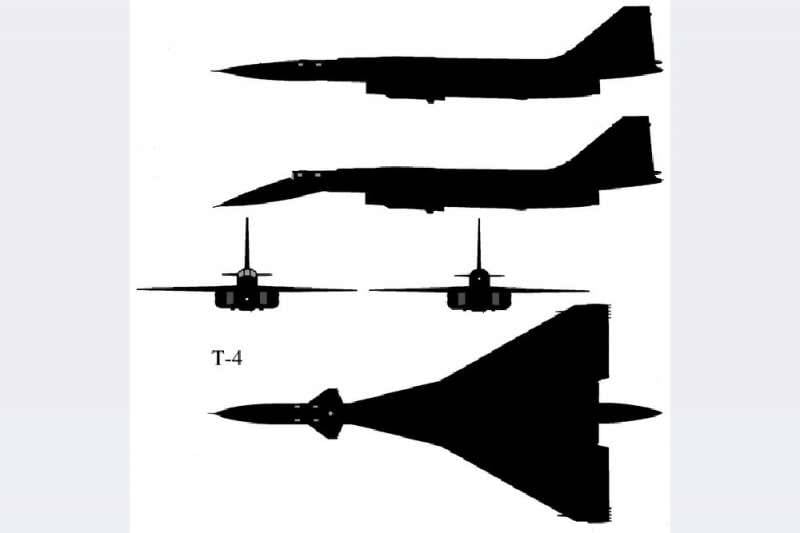 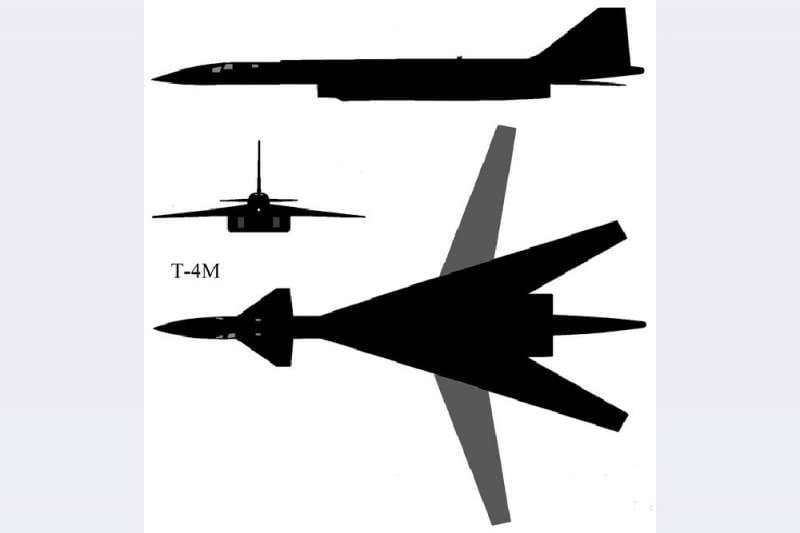 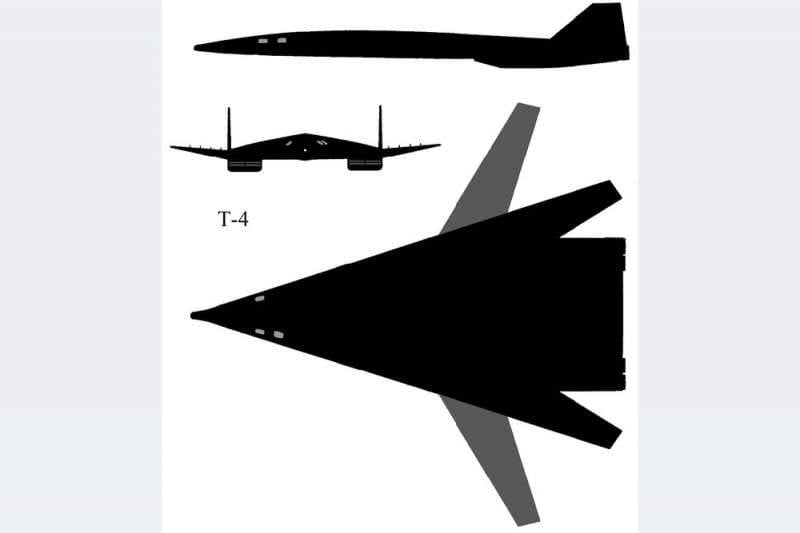 Ctrl Enter
Noticed oshЫbku Highlight text and press. Ctrl + Enter
We are
An-12 in Afghanistan2011 results of the year in pictures: Air Force - part of 1
68 comments
Information
Dear reader, to leave comments on the publication, you must to register.