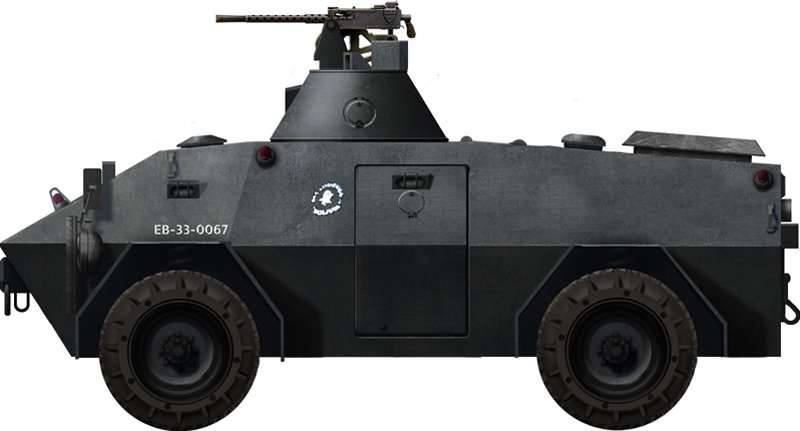 
The Roland 4x4 armored vehicle was developed on its own initiative by MOWAG in the early 60s of the last century and was offered on the market for a wide range of tasks, including the sanitary version, armored personnel carrier, communications and command vehicle, internal troops and reconnaissance version.

Roland prototypes were manufactured in the 1963 year, and mass production began in the 1964 year.

The most widely used is the intelligence version of the internal security forces, especially in Africa and South America. The crew of this vehicle, as a rule, consists of a commander, a gunner and three or four infantrymen.

Production of armored vehicles MOWAG Roland ended in 1980, and the company no longer offers it on the market. MOWAG still continues to supply spare parts and provide after-sales support, including other machines that the company is no longer mass-produced. As far as is known, none of the remaining MOWAG Roland operators carried out major upgrades to these machines.

In 2010, the company changed its name to General Dynamics European Land Systems - MOWAG (GDELS - MOWAG). The company is currently focused on marketing the multipurpose Piranha III and Piranha Class 5 armored vehicles, the DURO family of protected tactical vehicles and the Eagle 4xXNNXX and 4X6 armored vehicles family, which began production in 6 year. For example, the Piranha 2010 (or Class 5) recently ordered Denmark in the number of 5 units. 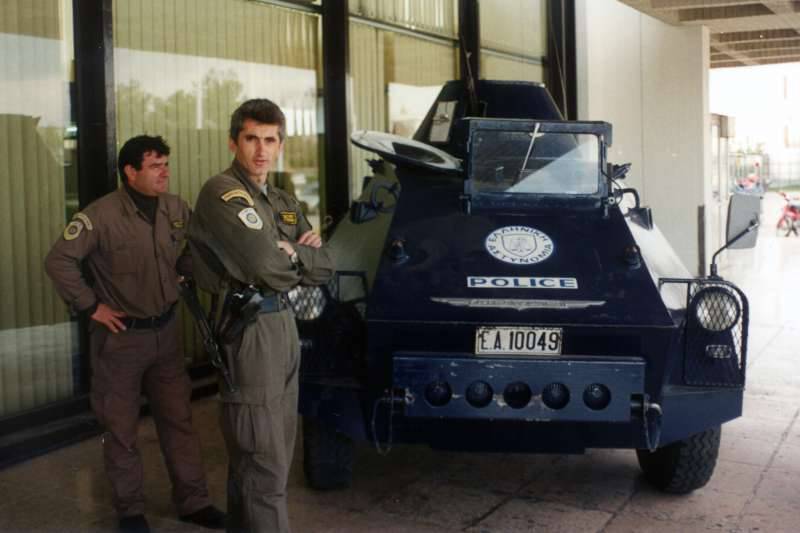 The body of the machine Roland all-welded, made of armor steel, protects the crew from small-arms fire weapons 7,62 caliber mm and shell splinters. The driver is located in front of the case on the left, has a one-piece hatch that opens to the right, three day periscopes are installed in front of the hatch. The average periscope can be replaced by a passive, non-illuminated periscope for driving at night. In case of rainy weather, a driver with a glass and a wiper can be installed in front of the driver. To the left of the driver is a single viewing device protected by a grille. 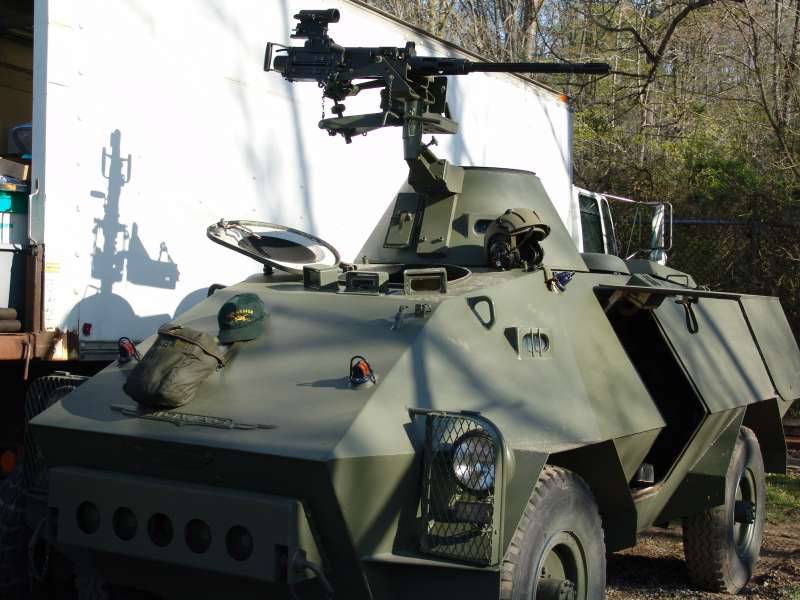 Roland btr armed with a remote-controlled 7,62-mm machine gun on the turret

The shooter sits on an adjustable seat in the center of the car, to his left a paratrooper sits facing forward, and to the right another one sits facing backwards. Above the position of the arrow is a tower that rotates manually on 360 °. It has a one-piece hatch that opens backward, in front of it is a viewing device, to the right of which there is a small hatch opening to the right. Behind the tower on the starboard side there is a round hatch opening back; a fan is installed on its left.

Another door opening to the right is located to the right in the stern of the machine, it has a viewing device and an embrasure. Two people sit in the aisle that connects the main habitable compartment and the aft door, one facing forward and the other facing backwards.

The power unit is installed in the rear part of the housing on the left side, it is separated from the habitable compartment by a refractory partition. The front and rear wheel suspension is a combination of semi-elliptical springs and hydraulic shock absorbers. Non-sheave bridges have hypoid final drives and self-locking differentials. Later MOWAG Roland serial models had a slightly longer wheelbase and were equipped with an automatic transmission, rather than a manual one.

The transmission has three gears forward and one back, it is connected to a two-stage transfer case. The standard equipment of the internal security variant of the original MOWAG armored vehicle includes blue flashing lights, an electric fan on the roof, a heater, a two-tone pulsed siren and a wire mesh to protect the headlights.

The base machine can be equipped with various types of light weapons, including a remotely controlled machine gun installation caliber 7,62 mm developed by MOWAG on the roof of a low-profile turret. For firing a machine gun, the shooter has a day sight with an increase of x4. If necessary, it was possible to install groups of smoke grenade launchers with electrosis.

Optional equipment included air conditioning; passive night vision equipment; front-mounted blade for clearing obstacles; spotlights; fire embrasures for firing from the car; and wheels developed by MOWAG with metal discs on each side of the wheel. They support the wheel when it is punctured, and also provide additional traction when driving over rough terrain.

options
Specialized variants of the MOWAG Roland armored vehicle do not exist, since the basic version was designed to perform various tasks. 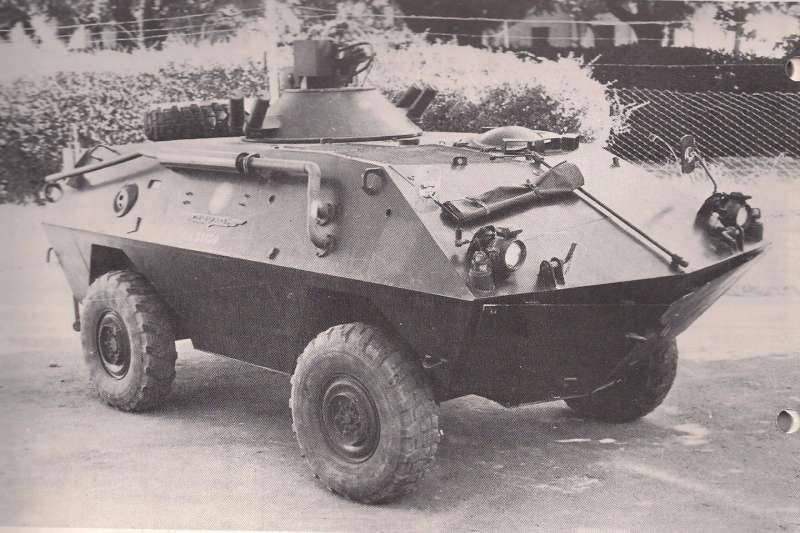 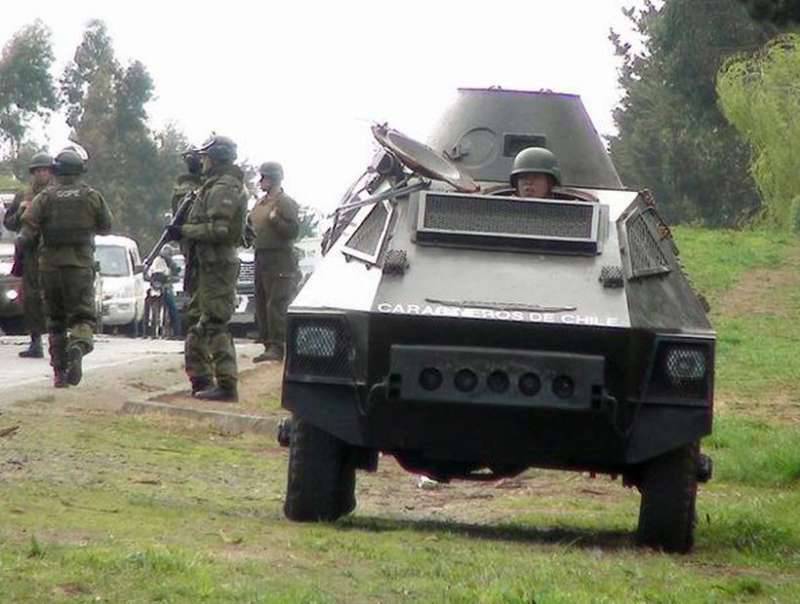 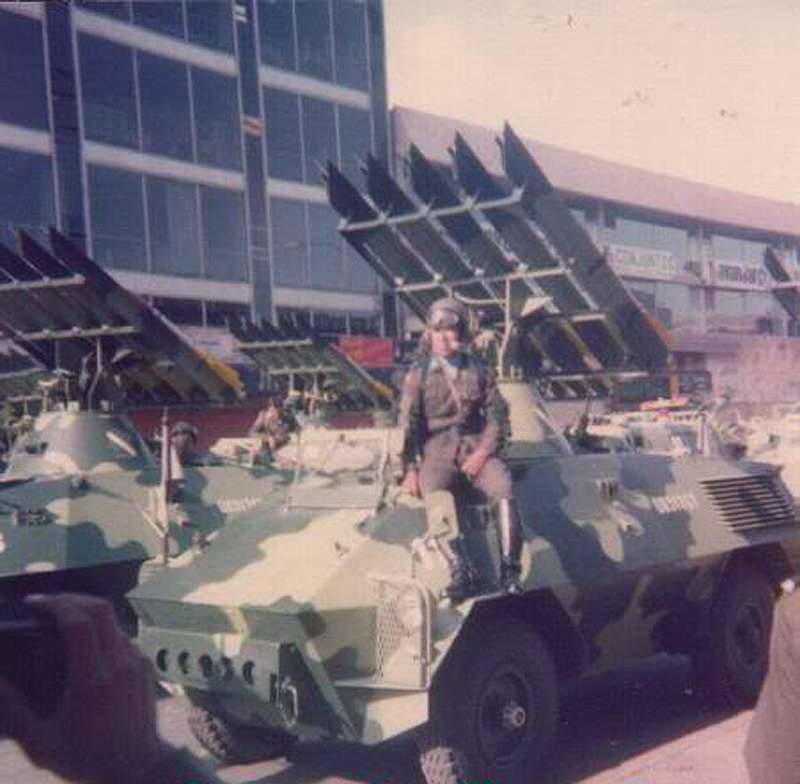 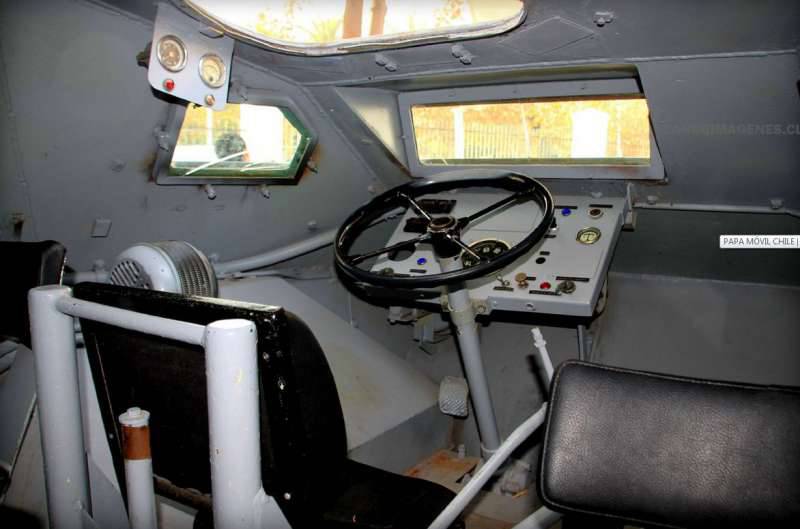 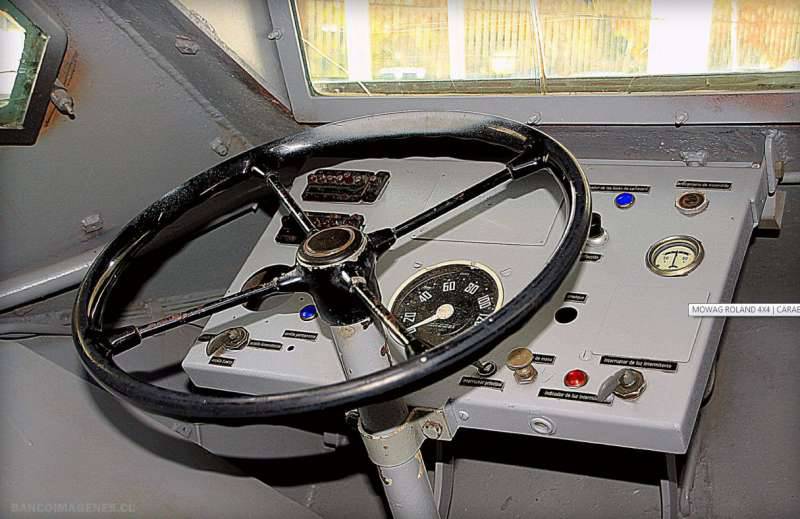 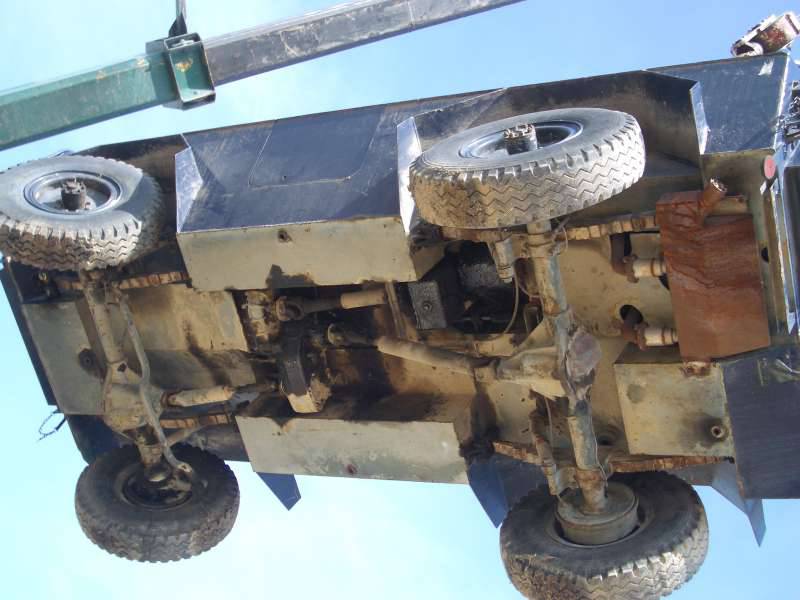 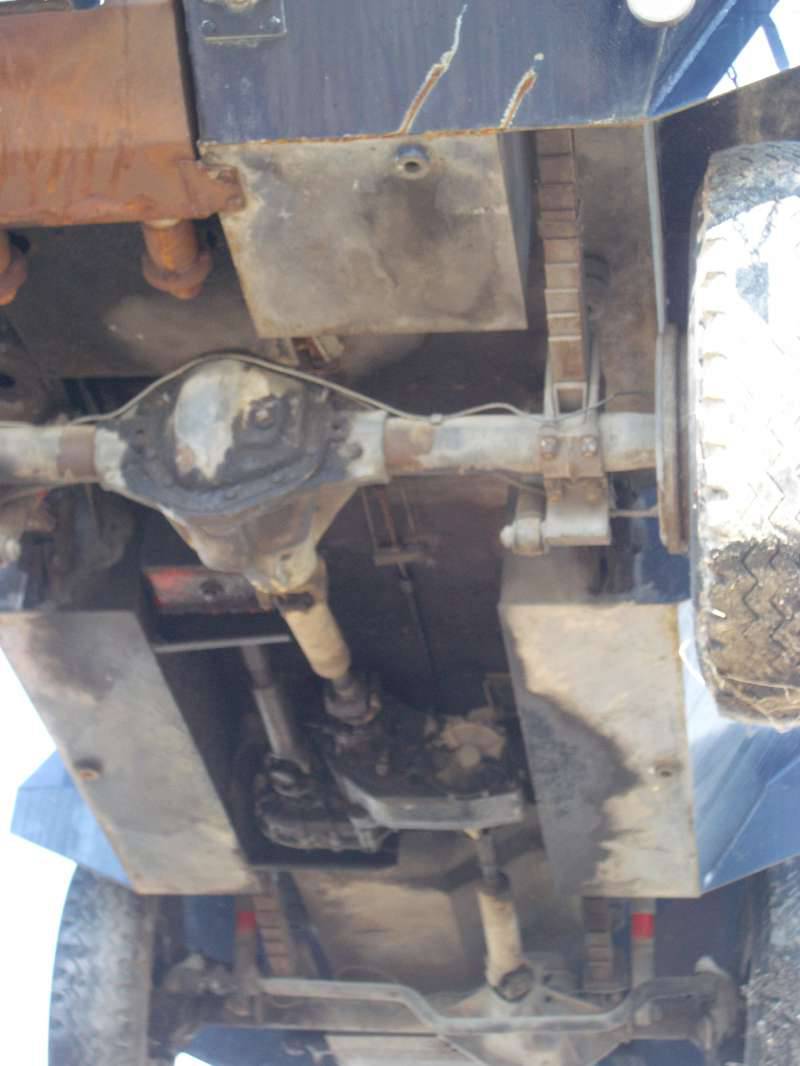 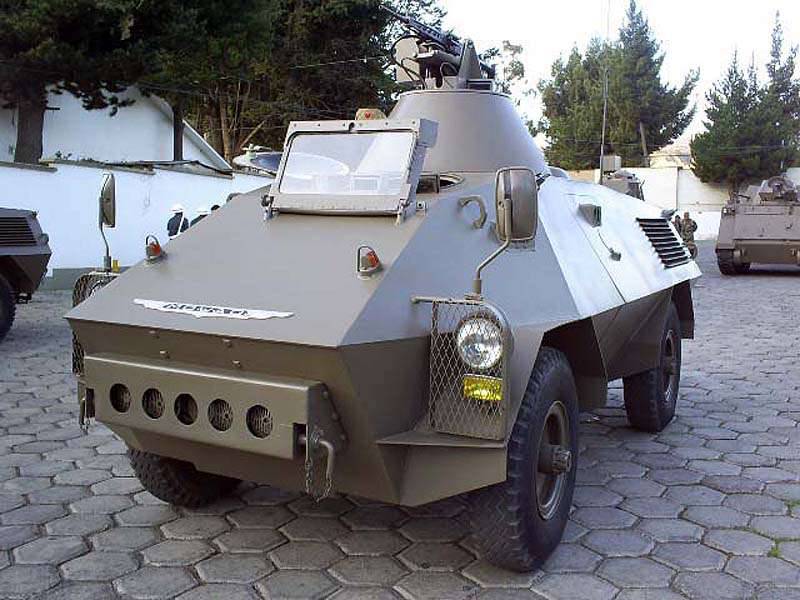 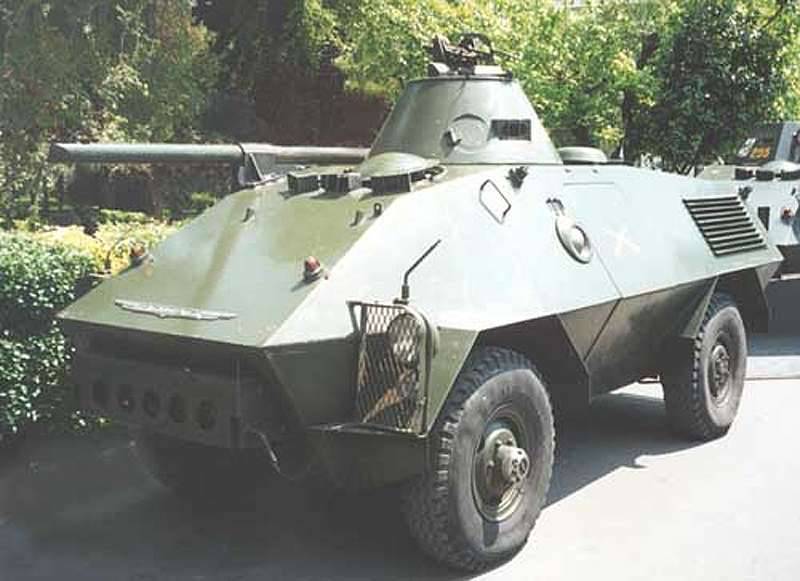 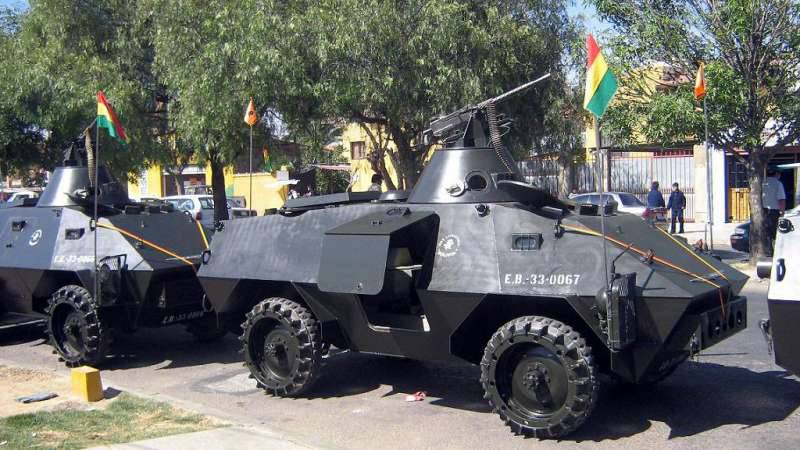 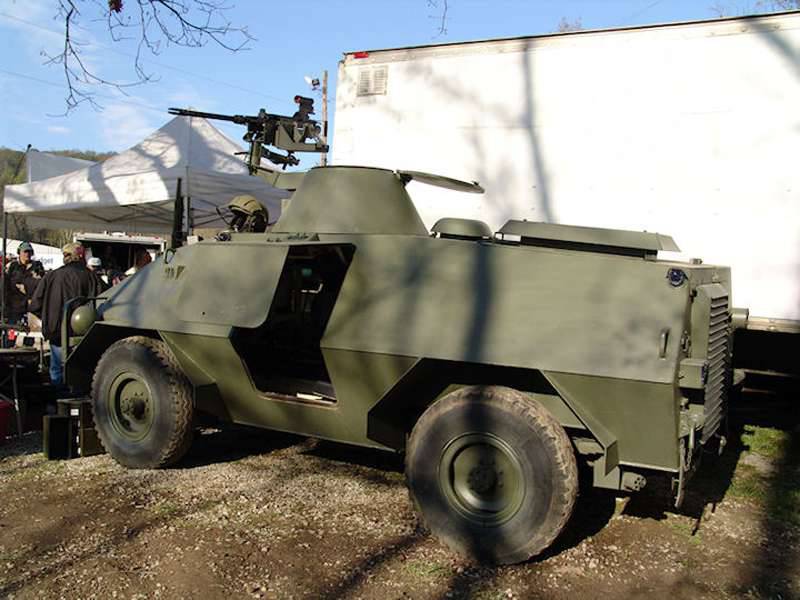 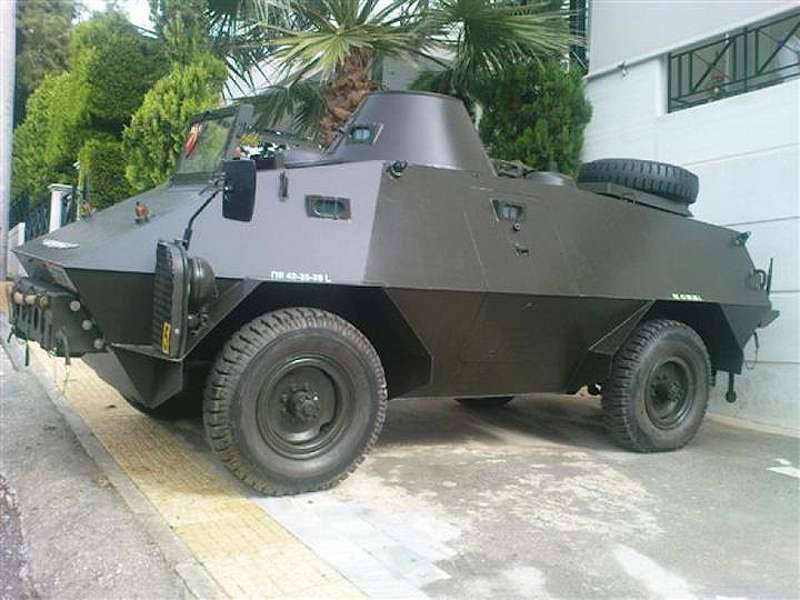 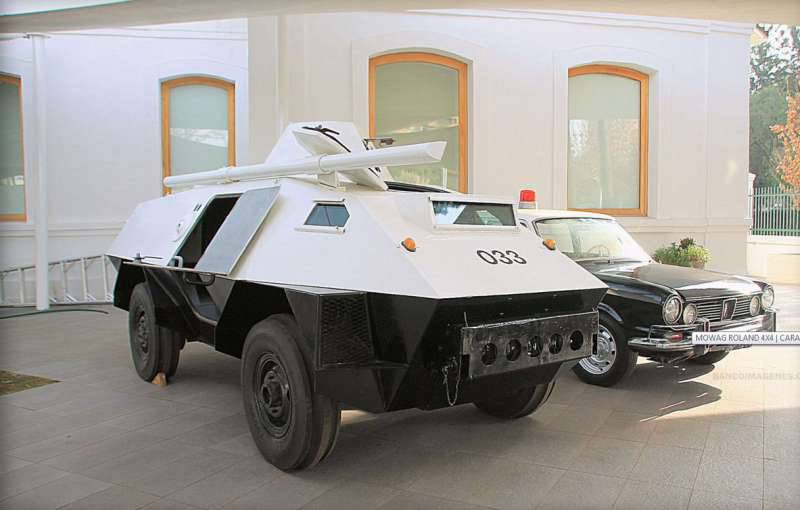