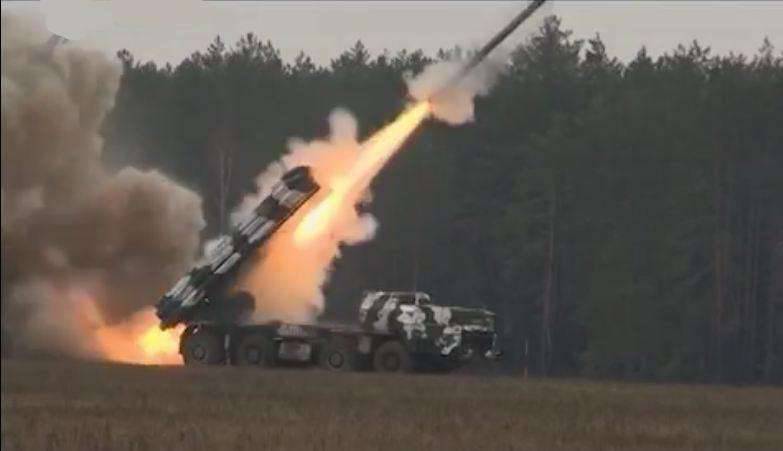 The growth of military activity on the borders of Belarus makes the military-political leadership of the country pay close attention to their security. As a result, despite the difficult economic conditions, the Republic has embarked on a gradual renewal of weapons and military equipment.

An important role in this process is played by military-technical cooperation with Russia. So, over the past five years, three batteries Tor-M2 were delivered to Belarus, and in 2016 another battery will be purchased. In addition, Minsk acquired three S-300 PS air defense divisions from those released in the Russian Armed Forces, and another division will be transferred in May. Along with this, Belarus seeks to renew the park. aviation technicians. So, in 2015, the first batch of 4 Yak-130 combat training aircraft was delivered, the next batch is expected at the end of 2016, and after 2020, on the basis of the already adopted decision on the phased replacement of the MiG-29s in service, more modern Su-30. Also in 2016, the first 6 Mi-8MTV-5 helicopters will replenish Belarusian aviation, another 6 aircraft will be delivered in 2017.

The domestic GVPK also unexpectedly actively supported the rearmament process. The fact is that many Belarusian and foreign experts until the last moment considered the military industrial complex of Belarus only as an integral part of the Russian defense complex, unable to produce the final product. Nevertheless, domestic specialists developed and adopted the Vostok-D and Rosa RB radars, designed to detect low-flying objects. The next stage was the development of its own Polonez multiple rocket launcher system.

Interestingly, the increase in the defense potential of the Belarusian army provoked a strong reaction from politicians of neighboring countries and, oddly enough, “friendly” Ukraine was at the forefront of outrage. Thus, the coordinator of the Information Resistance group, a member of the Verkhovna Rada Committee on National Security and Defense Dmitry Tymchuk, said that the transfer of the Russian S-300 air defense system to Minsk returns the world to the Cold War and the arms race. To be honest, it is damn nice to realize that Belarus has such a big weight in the geopolitical plans of the Kremlin and Washington that the change in the number of air defense missiles radically changes the military-political situation not only in the region, but in the whole world.

At the same time, Tymchuk himself emphasizes that the air defense system set up by Minsk does not pose a threat to Ukraine, it would be another matter if Moscow placed the Iskander-E PTRC in Belarus Member of the Verkhovna Rada Committee on National Security and Defense, which in Belarus has developed, in fact, its own missile system, by the way, not without the participation of Ukrainian specialists. At the same time, if it was previously planned to adopt the Polonez MLRS in September 2016, then tests that were probably successfully carried out on February 5 made it possible to reduce these periods. According to Sergey Gurulev, chairman of the Main Military Command, the Polonez MLRS will enter the Belarusian troops in July. By the way, according to the widespread information, the last launches of the above-mentioned MLRS were carried out at the Polesye range, and there, as they say, Kiev is within reach ...

In addition, Gurulev noted that Belarusian defense specialists are ready to take the next step in rocket production. According to him, the 2016-2017 year, the task of developing missiles capable of hitting the target at a distance of up to 300 km. Interestingly, the information about the creation of the Belarusian cruise missile “Aist” with similar characteristics was previously distributed. Probably, we are talking about the same project. Moreover, perhaps the Belarusian military experts decided to adopt the American experience, when a module with operational-tactical or cruise missiles can be installed on the chassis from the MLRS as it was done with the ATACMS OTRK.

In this case, the opinions of individual experts on the inclusion of a provision on a preventive missile strike into the new Military Doctrine of Belarus may have good reasons. In the case of a massive missile and air strike, the Armed Forces of Belarus may simply not have time to respond promptly. Therefore, it is very important to direct the available forces and means to the early warning of military threats and preventive measures.

At the same time, the Belarusian expert community quite clearly indicates the existence of a potential military threat. Thus, one of the most authoritative Belarusian military experts, Alexander Alesin, stated that “Belarus is between NATO and the CSTO.” Sadly, this “specialist” does not know that Belarus is the founding country of the CSTO. That is why the defense strategy of Belarus is based on the realities of today and is being built together with Russia. Under these conditions, the already existing MLRS “Polonez” will play a significant role in the strategy of containing possible hot heads in the leadership of NATO and neighboring states. After all, the range of defeat of the Polonez will be enough to help Russia, if necessary, unlock the Kaliningrad region, while the Iskander on its territory will strike at strategic facilities of the United States and NATO in Europe, such as the US missile defense base in Polish Redzikovo.

As a matter of fact, it is precisely this goal that is pursued by the efforts to build the capacity of the Belarusian Armed Forces: to make impossible the very attempt of armed intervention in the internal affairs of Belarus.