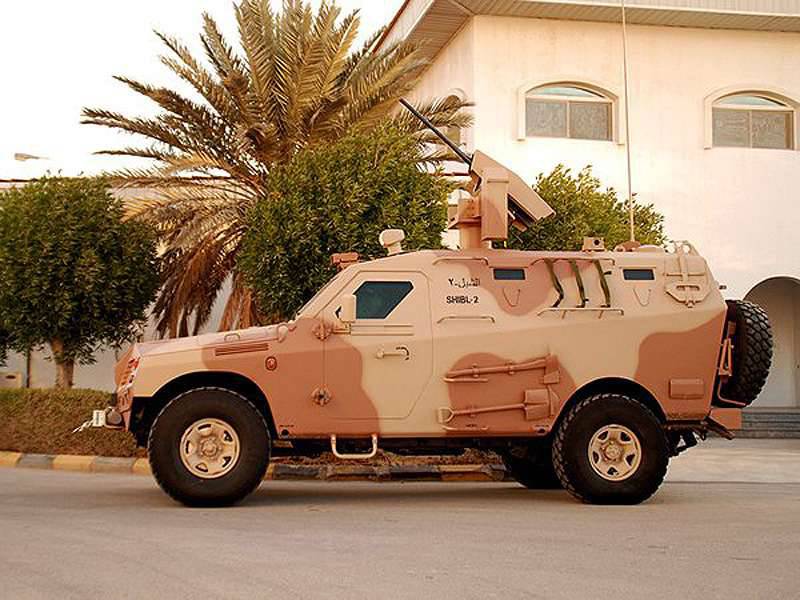 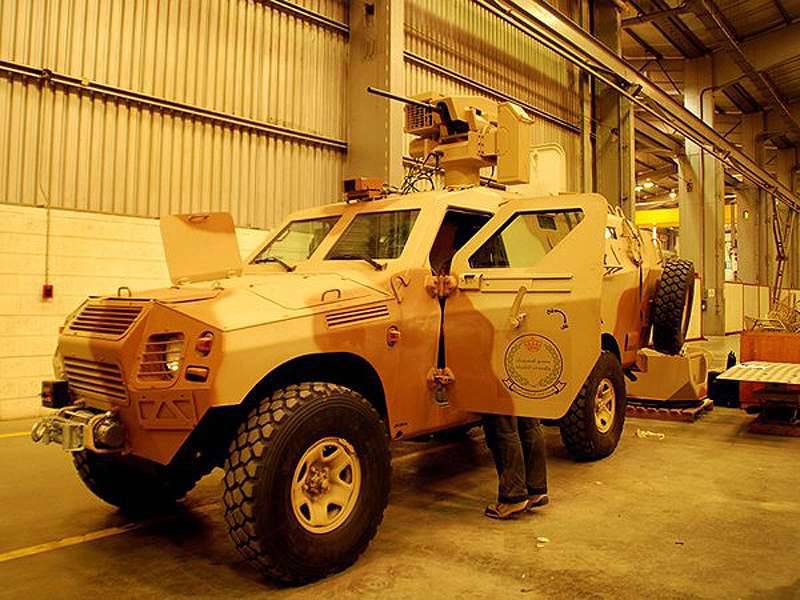 Shibl 2 has an extended wheelbase, it is equipped with a combat module armed with an 12,7-mm machine gun. Car crew three people plus six paratroopers

Armored Vehicles & Heavy Equipment Factory of Saudi Arabia, part of the Military Industries Corporation, has developed the Al Shibl 1 and Al Shibl 2 (Lion Cub) light armored vehicles to meet the needs of Saudi Arabia and other potential customers in the Middle East.

Both armored vehicles 4x4 are already in service with the armed forces of the Kingdom, but orders from other countries have not been received.

In order to reduce operating and logistics costs, both vehicles are based on the modified Japanese Land Cruiser 4x4 Japanese chassis, which is widely used in civil and military sectors in the Middle East, with Toyota having a fairly extensive dealer network.

The commander and the driver are sitting right behind the engine compartment, the cabin windshield is bulletproof. Each of them has a door that opens with a bulletproof glass window.

Depending on the configuration, the rear compartment has fire embrasures with appropriate surveillance devices.

Both versions have a stern door and a sunroof, into which, depending on the combat mission, various weapons can be installed.

Both armored cars are equipped with a gasoline engine with an 221 horsepower, coupled with a manual transmission. The power unit allows you to develop a maximum speed on the highway 120 km / h.

On the "Lvyaty" installed wide wheels with anti-worn inserts, which allows you to drive some distance on the lowered wheels.

Standardly, the machines are equipped with an electrical system on 24 volts, windows with bullet-proof glass, a protected fuel tank at the bottom of the chassis and a floodlight mounted on the roof that can be controlled from the inside of the machine.

The smaller model Al Shibl 1 has a wheelbase 2,31 meter, a combat weight of 3,6 tons and, as a rule, a crew of three people, a driver commander and a gunner.

Al Shibl 1 can be used as a light reconnaissance vehicle with a 12,7-mm M2 HB machine gun mounted on the roof in a secure installation. Alternatively, an 7,62-mm machine gun or an 40-mm automatic grenade launcher can be installed.

The Al Shibl 2 model has an increased 3,18 wheelbase of meters and a 4,6 combat mass of tons, can be used as an armored personnel carrier and, in addition to a crew of three, can carry six fully equipped fighters landing through the stern door.

This machine can be installed remotely controlled combat module, armed with 12.7-mm machine gun M2 HB, which is aimed at the target using the display shooter, sitting in the case.

Along with the additional protection kits, both armored vehicles are also equipped with smoke grenade launchers, a camera system for an all-view 360 °, and a navigation system. Ahead can be installed with a power drive winch for evacuation tasks. 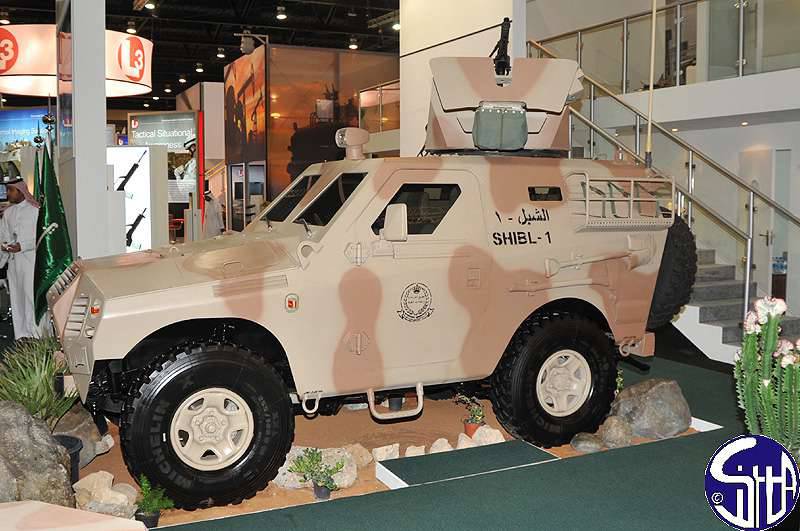 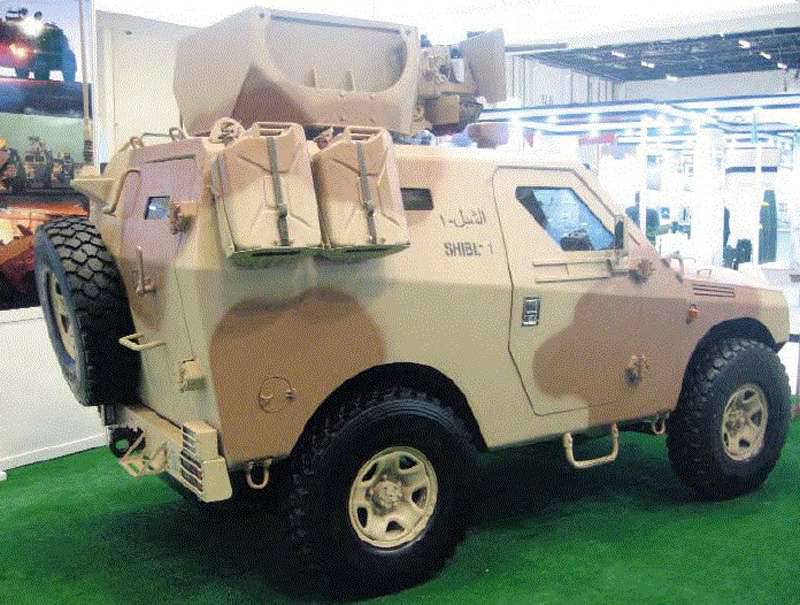 Al Shibl 1 has a shorter wheelbase. In the photo with a secure installation with 12,7-mm machine gun, usually used for reconnaissance tasks

The manufacturer of these machines offers to use the basic version of the BTR for a variety of specialized tasks, for example, as an ambulance and control point.

Back in 2013, the company showed a Mine Resistant Ambush Protected (MRAP) category car with enhanced mine protection and Tuwaiq 4x4 improvised explosive devices based on the Mercedes-Benz UNIMOG U-5000 44 off-road chassis. But this car remained at the stage of the prototype. 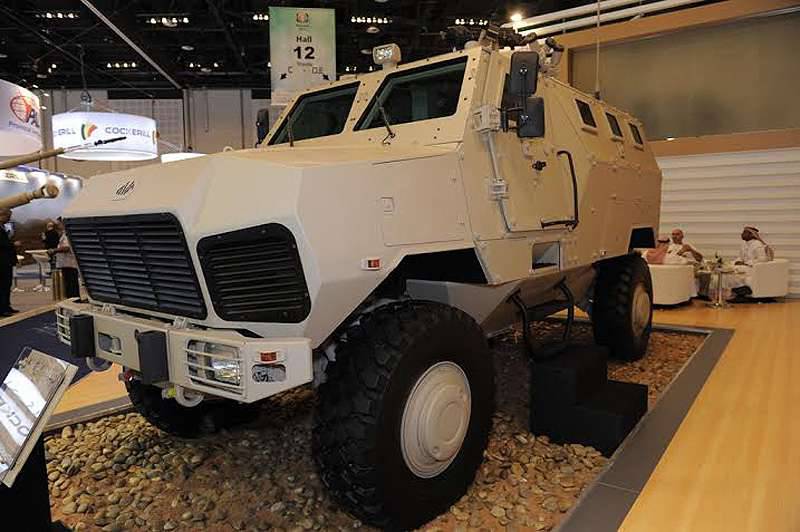 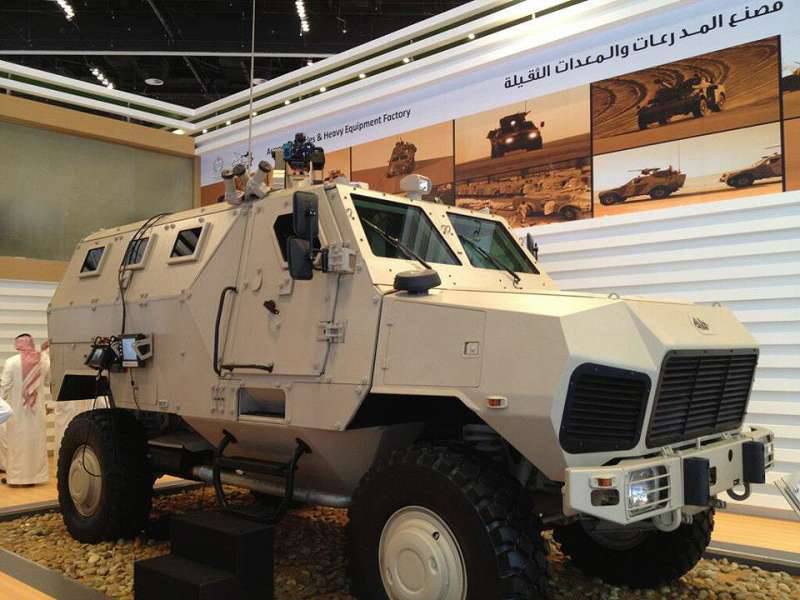 The company also developed a reservation kit for High Mobility Multi-Purpose Wheeled Vehicle (HMMWV) armored vehicles produced by the American AM General, as well as a number of specialized vehicles based on the Toyota Land Cruiser chassis in addition to the described Al Shibl 1 and Al Shibl 2.

These include the 106-mm M40 recoilless gun based on the chassis with a short wheelbase and a multi-purpose vehicle with a long wheelbase based on the Toyota Land Cruiser chassis.

At the end of the 80s, the company developed the 8x8 BTR and the 8x8 armored car, armed with an 90-mm cannon; a small amount was made, after which production was discontinued. 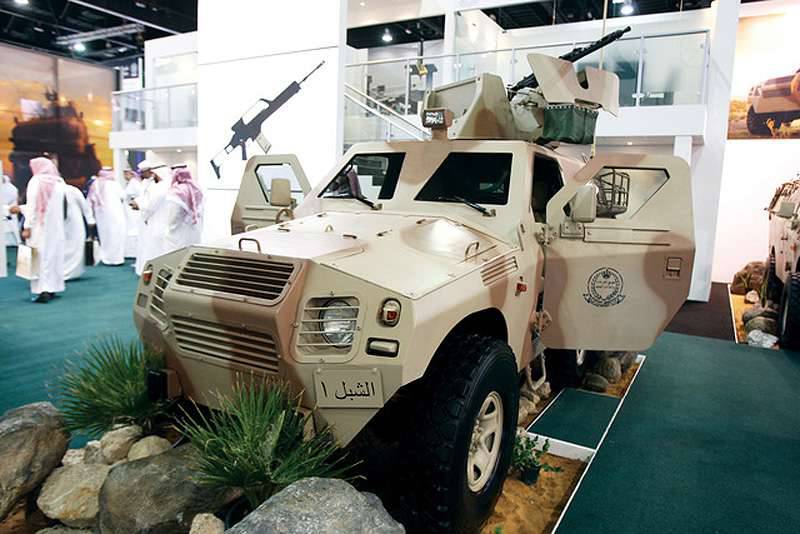 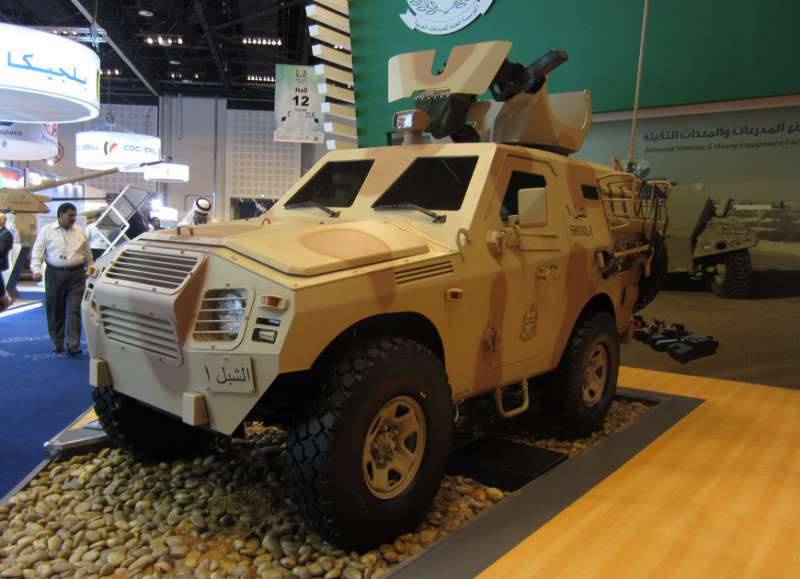 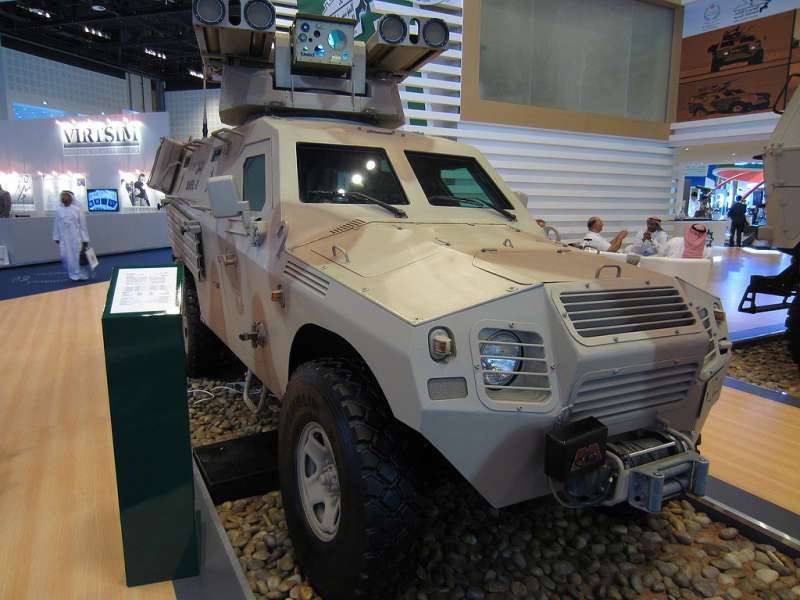 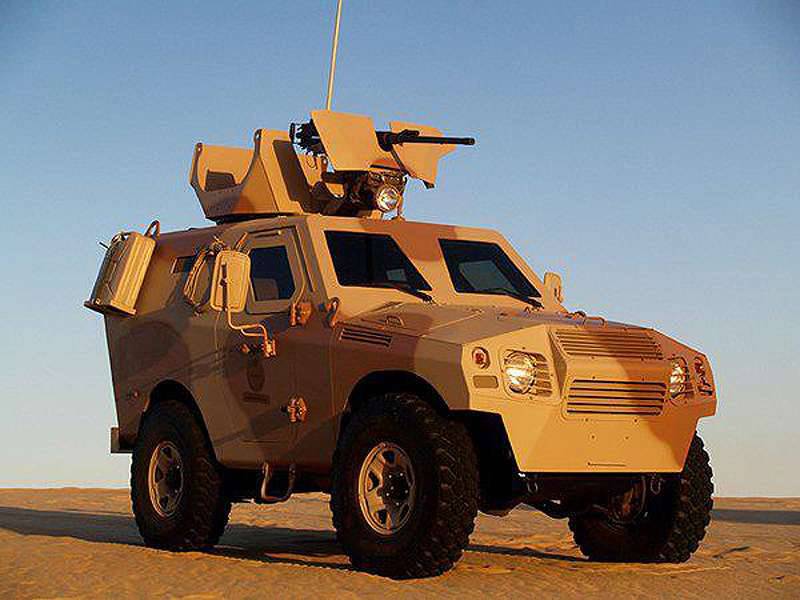 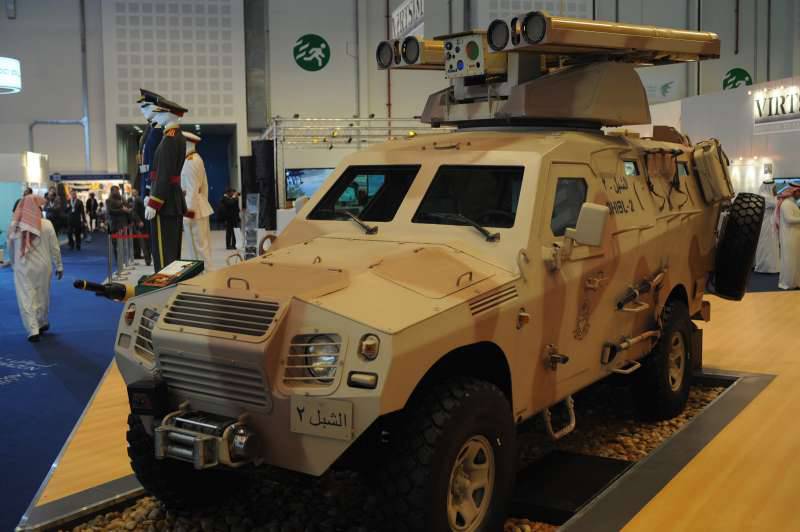