At the last machine


After working for two weeks in the new year, the team specializing in machine tool manufacturing at the Tula Research Technological Institute (TNITI) was again sent on forced leave for two months - until March March 31. Are the artillery ammunition finished or will they appear on the April agenda?

The critical situation with the production of shells has developed not today. To say more precisely - with non-production. The topic raised by the “Military-Industrial Courier” last fall (“Starving God of War”) is far from being closed.

“From the state reserve of artillery shells to 2006 year left 20 percent”
In order not to cause more trouble than in the 1941 year, it is imperative to restore mass projectile production, which is impossible without the rise of the machine tool industry, primarily the Tula Research Institute of Technology.

As for the machine tool industry in general, in May 2015 in the industry marked the next 43-percentage drop compared to the previous year, and new production, created in Ulyanovsk and Tula region, are screwdriver. In addition, their products are not suitable for the manufacture of shells of large-caliber projectiles, the main modern artillery. Meanwhile, TNITI this year promised an order for just one projectile machine.

Specialized computational subsystem SVP-24, installed on Russian attack aircraft and bombers, caused a sensation - in Syria they massively use the free-fall bombs outdated in all respects, which are delivered to the target with the accuracy of the most modern self-guided ammunition. Russia can now use the huge reserves of "stupid" bombs accumulated during the Cold War, their stock is hardly finite. And each is capable of hitting a target with phenomenal accuracy - three to five meters. 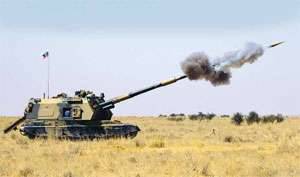 A reasonable question arises: why over the course of two decades, army analogues of air bombs - 152 mm artillery shells - were destroyed. Surely something like SVP-24 can be created for large-caliber guns. Moreover, the system - let's call it SVP-152 for simplicity - will be simpler and cheaper aviation, because the gun stands still or moves with a tank and self-propelled guns are much slower than aircraft.

If the production of new artillery shells had been stopped in order to successfully use the huge Soviet stock with new sighting systems, it would be understandable. But he is no longer there. It was largely destroyed by fires in warehouses and undermining at landfills. There is no system that we conditionally called SVP-152.

The company that manufactures SVP-24, has long sought to adopt its development into service - there were many opponents in the Ministry of Defense. One can only speculate why the generals opposed the emergence of the SVP-24. After all, its introduction has undermined the lack of control of the disposal of aerial bombs: how many were destroyed, and how many disappeared in other ways - go and find out.

Artillery shells were less fortunate - for them, no one came up with SVP, but they were proud of "Krasnopolye" and "Whale". The result is beyond praise. India last delivered 37 thousand dollars apiece. But it is unlikely that our famous gunsmiths at the level of Grabin and Shipunov would have applauded these victories.

Before starting the process of barbaric disposal of shells, it would be worth re-reading the book by Vasily Grabin "Weapon victories ":" ... in artillery, the duration of ammunition storage was established in 25 years, and even after this period they must serve without fail. " The artillery inspector, commander N. N. Voronov, during the testing of the new Grabin gun, refused to replace the French shells that had lain in the warehouses since 1915, despite the fact that there had been ruptures of cartridges made of poor brass, which had lost its plastic properties. “There are so many French shells in the army that they cannot be spent on firing practice. Well, would you order them to throw it away? ”

As for the rest, there were no complaints about the projectiles, and the Gharabi ... "created a different shutter, ensuring the extraction of the burst cartridge case". This is the attitude to work! And in the military ministry of the sample of the two thousand, they preferred to get into the emergency supply for maneuvers, rather than to use ammunition with expired periods of storage. After all, it was possible to extend the service life, occasionally shooting a certain amount from the parties. It was possible to disarm products in an industrial way, retaining the "hull" and other metal parts that make up the lion's share of the cost. Nevertheless, millions of artillery shells were sentenced to death by 108 and immediately executed in 68 test sites and 193 bomb sites in all military districts.

Where does such zeal come from? Who burned the pockets of the destroyed shells?

In the same two thousandth with ballistic missiles arrived much more sensible. The initial warranty period (10 years) of operation of the Topol mobile soil complexes was extended several times. The last time is before 2019, and it seems that it has already reached 30 years.

We'll rejoice at Topol, but even artillery shells could have been given the same extension of shelf life ... Are they less reliable? There are a few details and all passed 100 percent control. Therefore, 108 of millions of recycled shells could still be used - some 10, and others and all 30 years.

Let's go through the basics. First, there must be an inviolable state stock of artillery shells for at least a year of war. As far as we know, 2006 percent remained from him already by 20. 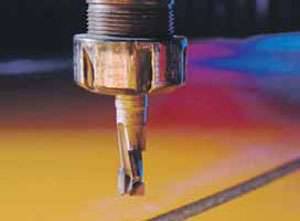 Secondly, the current production should be massive, million. Moreover, the NZ should be replenished. In addition, in a special period, it will be too late to turn around - you will have to fight what is available.

Thirdly, only production consisting of highly productive equipment, automatic lines, and ideally, fully automated, can ensure the production of cheap and high-quality products that meet the requirements of the times. It took TNITI 25 years to reach this level.

The main reason that the institute failed to materialize in the pseudo-market Russian economy is not the weakness of the leadership, which is far from the production of slug production, but the lack of orders from the industry’s factories. And so the machine tools are not needed because of the reduction of the state order to the minimum that is dangerous for the country's defense capability.

For the time being, the very existence of the institute, which retained the possibility and ability to manufacture slugging machines (all the years, at least one by one, but did), inspired hopes that it would be a go-ahead and be able to quickly regain everything.

But the thunder struck (the war in the Donbass and Syria), and the “man” in the person of the officials responsible for the equipment, is in no hurry to be baptized.

Depreciation of the machine park in the industry - from 80 to 100 percent, while no one asks for new equipment. This can be explained only by the fact that the production is engaged in “samoedism” - it disassembles some machines for parts, completing others. This is possible only under the condition of a completely microscopic state order.

Therefore, the guilty in distress TNITI must be sought at the very top. Apparently, the modern Russian military doctrine, as has already happened in our stories, ceased to consider artillery "God of War." It becomes clear that it seems to someone that the artillery shells seemed to have outlived their age. Hence the neglect of production and machine tools.

But this can not be joking. The industry has been cultivated not by one day and not even for years, but for decades. A quarter century of oblivion can haunt a very serious consequences.

The Tula Technological Research Institute (TNITI) established 27 on April 1961, as an interdisciplinary design and technological bureau for the automation and mechanization of mechanical engineering. In 1994, it was transformed into OAO TNITI.

The Institute developed and implemented unique operating machines in massive quantities, providing shell production at all plants of this type in the USSR. In the 90-ies due to the almost complete disappearance of the state order for manufactured products TNITI was in a difficult economic situation. Currently, there is a question about the existence of a unique institute: 3500 remained from 280 people, debts, according to mid-December 2015, are 330 million rubles.

Ctrl Enter
Noticed a mistake Highlight text and press. Ctrl + Enter
We are
Assemble in parts: how machine tools are revived in RussiaCatch up and overtake
109 comments
Information
Dear reader, to leave comments on the publication, you must to register.