"Caliber": the irresistible fist of Russia 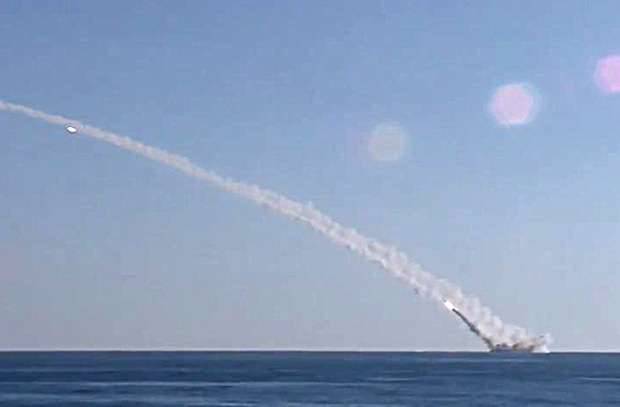 Without power and its demonstration of the world can not be achieved. This axiom from time to time needs to be confirmed, which became the missile attacks of the Caliber complex on the Daesh facilities in Syria. Russia showed one of its "fists" with which it can protect itself and those who ask her about it. In the West, this fact has sobered up some, and "humiliated and insulted countries and peoples have received hope," as reported by the Russian Planet.

Sudden and effective in all respects, the result aroused great interest in this. arms. Numerous responses sometimes exaggerated or, on the contrary, diminished the possibilities of this modern and really formidable complex. Today, the passion around Caliber has somewhat subsided, which makes it possible to more objectively evaluate this miracle weapon and some features of its use.

"Caliber" is a universal complex of missile weapons, sea, ground and air-based. It is designed to defeat cruise missiles (KR) surface, submarine and ground targets in a wide range of range in any weather and climate conditions day and night with strong fire and electronic countermeasures of the enemy. In the West, "Caliber" under the code SS-N-27 is eloquently called the "Asheater" (Sizzler). System integrator and manufacturer of the complex - Concern Morinformsystem-Agat OJSC.

An important feature of the complex is the multivariate execution. Today, its carriers can be surface ships ("Caliber-NK"), submarines ("Caliber-PL") and high-passable cars ("Caliber-M"). In 2014, it became known about the deployment in Novorossiysk of diesel-electric submarines with cruise missiles of the “Caliber” type. In addition to modern, the “Caliber” will be installed on most Soviet-built surface ships of the Russian Navy during their modernization.

Of particular interest is the container version ("Caliber-K") of the performance of the complex in standard 20-and 40-foot containers. In this embodiment, it is almost impossible to recognize the combat complex, which ensures high secrecy of the delivery of the Caliber to the intended combat area.

In the export version under the general name Club complex of the above-water (Club-N, Club-U), underwater (Club-S), coastal (Club-M) and container (Club-K) performance is sold abroad. The characteristics of the Caliber known today repeat the possibilities of export options.

Another important feature of the complex is the presence of a wide range of missiles for various purposes and characteristics (the manufacturer is the Novator Design Bureau). This provides high flexibility and adaptability of the use of Caliber, taking into account the existing conditions and capabilities. For obvious reasons, the characteristics of the CD of the “Caliber” family for “internal use” are not communicated or are presented in the most general form. Known data refer only to export performance missiles.

Types of missiles are determined by the purpose and features of their use. This is the rocket of 533РТЭ54) goals. They can be placed in transport-launch containers / cups or run from standard torpedo tubes; the letter "E" means the export version.

The export missiles with 1,2 – 2,3 t mass can hit targets at a distance from 40 to 300 kilometers with a high-explosive (cassette) penetrating type warhead with 200 – 450 kg. CUs have a near-subsonic (supersonic) speed on a marching (final) section of the flight trajectory, which is carried out at low altitudes above the water (10 – 20 m) and earth (50 – 150 m) surface in the rounding mode of the terrain. These features, combined with navigation systems, anti-missile maneuver and homing head (on the final leg of the flight) reduce the chance of survival to almost zero.

And one more important feature. The Calibra missiles are equipped with a unique small-sized engine of the Rybinskie Motors scientific-production association: a travel bag-sized unit can easily be lifted by two people.

The defeat of ground targets of militants in Syria was the first combat use of the Caliber complex and real proof of its capabilities. The first two group attacks on ground targets at a range of at least 1,5 thousand km were delivered by four Caspian ships flotilla. On the night of October 7 and November 20, their Caliber-NK naval systems fired 26 and 18 3M14 missiles, respectively. The third blow with four missiles on December 8 of the same year from the underwater position was delivered by the Rostov-on-Don submarine (project 636) from the Mediterranean Sea. According to the Ministry of Defense of the Russian Federation, all designated targets were hit.

Thus, the reports on the range of the KR 3М14 type in 2,6 – 3 thousand km correspond to the real characteristics. Consequently, our “Caliber” is a strategic weapon and is not inferior, but in terms of distance and superior to the American Tomahawk KR. Western media reports about shortfalls to the goals of at least four missiles, our Ministry of Defense categorically denied. At the same time, it would not be superfluous to recall dozens of American "Tomahawks" that did not reach the targets and fell on the territory of other countries during the military operations of the United States and NATO in Iraq and Yugoslavia.

"Caliber" confirmed the high ability to overcome the enemy's missile defense. His missiles passed through the air defense zones of Iran and Iraq, which had been warned in advance, and were not detected by the intelligence services of western countries. At the same time, the most effective Turkish air defense system in the region did not see them either, our KR’s area of ​​responsibility went around a safe route.

According to the British The Daily Telegraph, if there was a similar complex in Iraq, the US invasion of the Persian Gulf could have failed. A serious concern was expressed by the Pentagon, where the presence of the “Caliber” (Club) in other countries is regarded as a destabilization of the situation in the world (read, a threat to the USA).

The interest in Caliber abroad was stepped up by the low price combined with real results. A competitive complex can be installed on a number of samples of military equipment of Western production. Today, Club of various modifications are India, China, Algeria and Vietnam. There is a high probability of its appearance in other countries.

It is clear that the widespread use of expensive "Caliber" on the objects of the militants is unwise. But in this case, the positive results of political and military significance are obvious: Russia has shown the presence of effective strategic weapons, which will be applied without hesitation if necessary. In addition, the results of use in combat conditions confirmed the characteristics of the weapon, shown during tests and exercises, which, for all their seriousness, cannot be compared with the conditions of the combat situation.

As experience shows, it should be more often, but within reasonable limits, to demonstrate the capabilities of your weapon. Especially those who smile sweetly through clenched teeth and clench their fists in the hope of delivering a sudden blow. For this it is not a sin to use and organized information leakage.

Ctrl Enter
Noticed oshЫbku Highlight text and press. Ctrl + Enter
We are
The project of a mobile coastal missile system "Kalibr-M" / Club-MOverview of artillery. Part of 4. Rockets: from square firing to precision strike
62 comments
Information
Dear reader, to leave comments on the publication, you must to register.