The full range of tasks that the General Staff sets for military topographers today is as follows:

creating, updating, accumulating stocks of topographic maps, catalogs of geodetic and gravimetric points, bringing them to headquarters and troops;
the production, accumulation and creation of funds of digital and electronic maps and other means of digital information about the terrain and their provision of automated troop control systems and weapons;
preparation of initial geodetic and gravimetric bases for ensuring missile launches, flights aviationfiring artillery and combat use of radio systems of various purposes;
production of special maps, photographic images of the area and other means of topographic and geodetic information and the provision of troops to them;
edition of graphic combat documents;
performance of geodetic and cartographic works of federal purpose.

The qualitative solution of the problems of navigation support allows us to achieve effective results both when transferring troops to the area of ​​hostilities or ongoing combat training exercises, and when striking strikes against a conditional or real enemy. For example, special maps and photographs of the terrain in Syria created back in the Soviet time allow Russian videoconferencing systems to successfully cope with the tasks of destroying militants of various terrorist groups. Special assistance is provided by military topographers of the Syrian armed forces, many of whom were trained in Soviet and Russian military colleges. Syrian civilians, including members of the patriotic Syrian opposition, whose task is also associated with the elimination of terrorist groups actively supported by Turkey, Saudi Arabia, Qatar, the United States, also contribute to the creation of detailed topographic maps and other elements of navigation support. States of America.

Russian military topographers today are actively engaged in the creation of geospatial materials, including using space geodesy units (such work is carried out using data from the Russian satellite constellation).

In addition to the main center for space geodesy, navigation and cartography, the top center of geospatial information, the expedition topogeodesic squad, military units of the district and army subordination - parts of the topographic service were formed within the framework of the Topographic Service of the Armed Forces of the Russian Federation.

For their work, military topographers use a whole range of technical means, thanks to which the accuracy of determining coordinates on the ground is increased, the speed and overall effectiveness of such activities are increased. Among the means of technical support is a complex of automated workplaces ARM-EK, which allows creating electronic maps and plans for settlements. In addition, the Volynets mobile digital topographic system and the Violit hardware and software system help the servicemen of the Topographic Service of the Armed Forces of the Russian Federation to solve problems of navigation and topographic and geodetic character.

In 2015, the military personnel of the Eastern Military District conducted a whole series of exercises to determine the coordinates, link to the terrain, and create electronic three-dimensional maps. Such activities were carried out at the sites of the Khabarovsk, Primorsky and Trans-Baikal Territories, the Amur and Sakhalin Regions, as well as the Jewish Autonomous Region. With the help of the Volynets mobile digital topographic system, the most important navigational materials were obtained - detailed three-dimensional maps of the area. Opportunities of Volynets PCTS allow solving problems including in field conditions. The complex is installed on the base of the car "Ural". 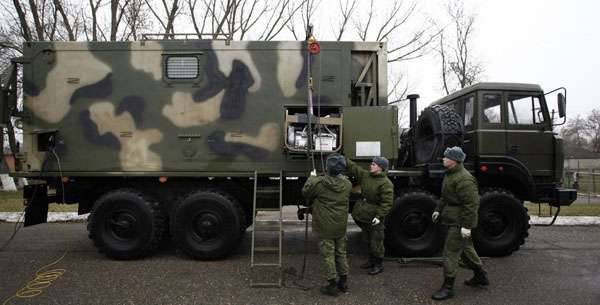 Gravimetric and astronomical and geodetic data allows obtaining the PNGK-1 complex (based on KamAZ), as well as the Geonika-T navigation and geodetic system. 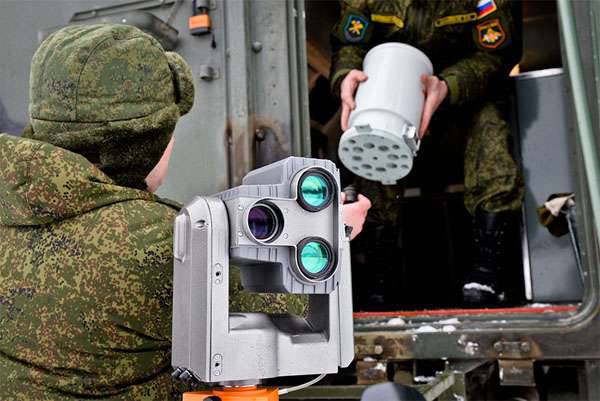 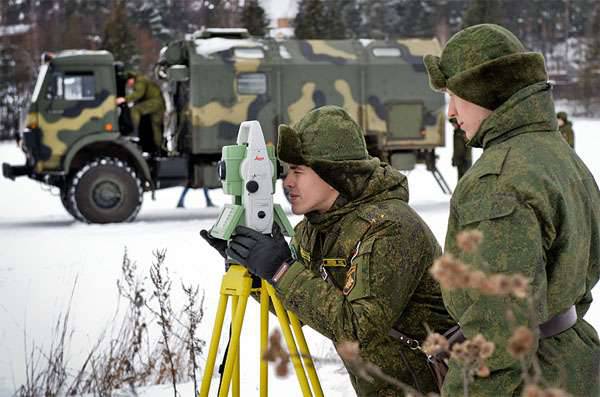 The introduction of modern technology allows military topographers to deploy topographic equipment for a short period of time, up to 10 minutes, and begin to perform tasks, including the tasks of ensuring the operation of high-precision weapons with the necessary geospatial information.

"Military Review" congratulates military topographers of the Armed Forces of the Russian Federation and all service veterans on their professional holiday!

Ctrl Enter
Noticed oshЫbku Highlight text and press. Ctrl + Enter
We are
Day of the military topographerUpdate the Russian Navy. In the gland. Part of 1
42 comments
Information
Dear reader, to leave comments on the publication, you must to register.