February 4 2016
58
In the summer of 2015, Israel officially recognized the presence of its previously classified type of military equipment - a mobile rocket launcher on a tracked chassis tank. At the same time, the first photos of this new product only got on the network in the spring of 2013, but the Israeli military did not give any comments on this subject. The first photos of the new combat vehicle were taken during the deployment of the IDF near the border with Syria. Before official information from Israel appeared, military experts and journalists put forward various versions of the new combat vehicle, for which the regime of increased secrecy was respected for many years. At the same time, over time, the most commonly used definition for a novelty was the definition of “missile tank”.


At present, there are no disagreements regarding the official name of this combat vehicle (Pereh), which is translated from Hebrew as “onager” (late Roman throwing machine, or a wild donkey). On the official page of the Israel Defense Forces on the social network Facebook 20 in July 2015, the following message was posted about the new missile system: “For 30 years we kept secret information about one of our most advanced and efficient military technologies. Last week we removed the secrecy regime from it and opened the Onagr tank to the world. This machine, armed with anti-tank missiles, changes the idea of ​​modern combat. ”

This rocket tank can be called the world's first over-the-horizon self-propelled anti-tank. The operator of a combat vehicle suggests a missile at a target on the television image transmitted to it. At the same time, the missile system is able to hit targets at a distance of up to 25 kilometers. In order to preserve secrecy, this combat vehicle moved only as part of armored columns. According to experts, “Onagr” is a formidable force, it is designed to hit stationary and well-protected mobile targets of the enemy.

The Israelis chose their own version of the American medium tank М48А5 (Patton III) as a base for their missile system. The Israeli name of this vehicle, which received a complex of dynamic protection, is Magach 5. Despite the emergence at the beginning of the 1980-s of much more advanced main battle tanks "Merkava", tanks "Magah" continued to be used and upgraded, remaining the basis of the IDF armored units until the end of the 1990-s. At the same time, these tanks remained in service with the 460 training brigade and in the army reserve. As of the 2009 year in Israel, there were 822 tank M60 (Magi-6 and Magi-7) and 561 tank М48А5 (Magi-5). 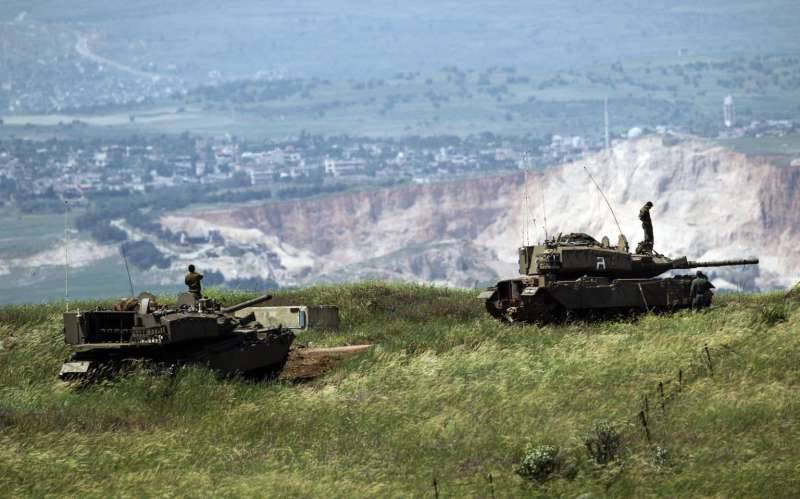 The main and only armament of the Pereh tank are the Spike-NLOS universal Spike missiles. They are also known in Israel as Rafael Tamuz. The rocket was created in Israel by Rafael concern (by 80%) together with other companies at the beginning of 1990's. The decision to remove the secrecy from it was made only at the beginning of October 2010. According to the 2011 year, the cost of one such rocket was 145 thousand US dollars. The effective range of these missiles is up to 25 km. The weight of one rocket in a shipping container is 71 kg. On the flight path, the average rocket speed is 130-180 m / s, armor penetration is up to 1000 mm steel homogeneous armor. These rockets can be effectively used at temperatures from −32 to + 49 degrees Celsius and stored at temperatures from −45 to + 71 degrees Celsius. Depending on the tasks to be solved, the rocket can be equipped with different types of warheads - fragmentation, cumulative or multi-functional.

Spike-NLOS is a multipurpose multiplatform electro-optical rocket system, which is designed to destroy enemy armored vehicles, well-protected objects (such as a bunker, a bunker, dots) and other engineering structures, as well as enemy personnel and surface targets. The missile system can be installed on land, air or sea carriers. The rocket of the complex was made according to the classical aerodynamic scheme with wings opening in flight. The Spike NLOS missile can be aimed at using a satellite or UAV. At the same time, the rocket has its own target-fixation system and remote control, which is implemented using a two-way electro-optical image transmission system, such a solution significantly increases the capabilities of combat use of the complex. 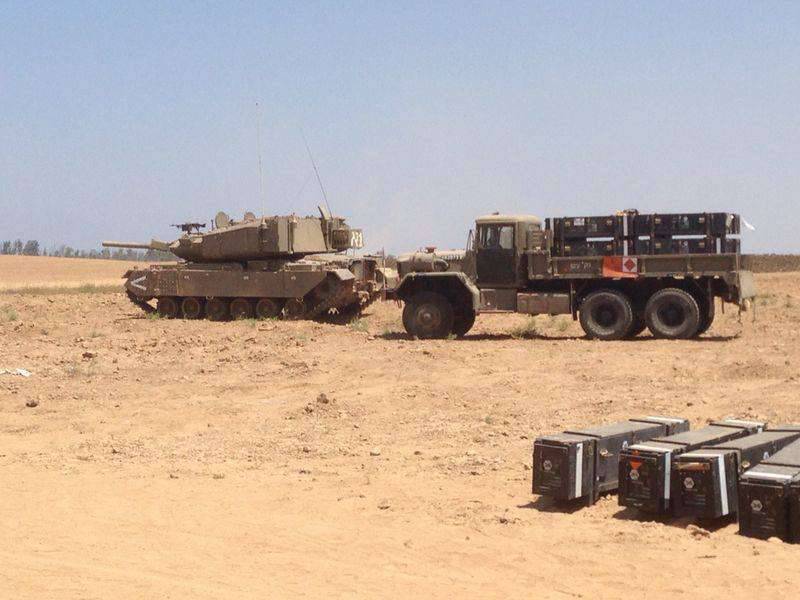 Using a two-way electron-optical image transmission system allows the operator of the rocket complex to control the launched rocket in 3-s modes: “Shot and forget”, “Shot, rate and adjust”, “Shot and sent to the target”. The presence of different modes of launching missiles allows you to achieve maximum accuracy of hitting the target, even at long distances, and also allows you to redirect the missile to a more important target and minimize unwanted casualties during a missile strike. In addition, the operator is able to capture the target after launching the rocket from closed positions, thus reducing the risk of “friendly fire”. And the presence of the “shot and forgot” mode allows the operator to quickly switch to other targets immediately after launch.

The Israeli Spike NLOS missiles can be used both during the day and at night. The speed of deployment, compactness and firepower of the complex make it possible to reduce the dependence of small units of troops on air and artillery support on the battlefield, allowing them to effectively deal with tanks, fortifications and other difficult for ordinary weapons goals. Currently, in addition to Israel, this missile system is in service with only one country in the world. In 2011, South Korea acquired Spike-NLOS 67 complexes worth 43 million dollars. These missile systems were located on the border with North Korea, as well as on the islands in the Yellow Sea, which are a disputed territory. 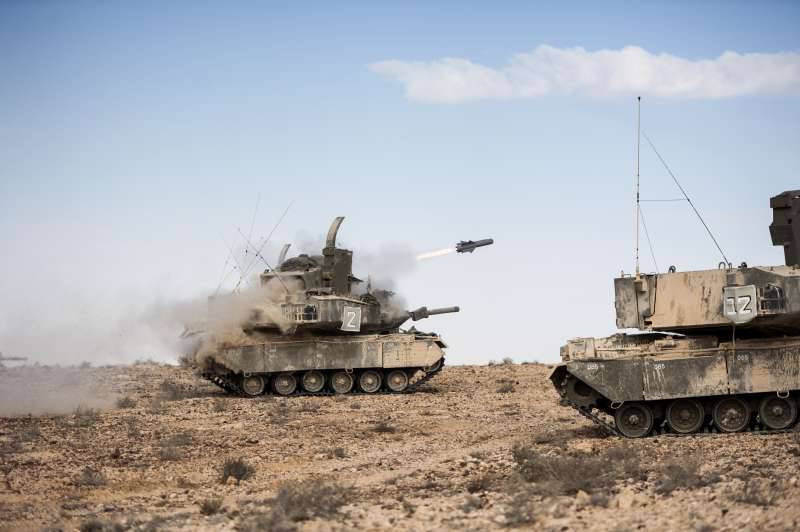 The Israeli mobile complex Pereh can be properly categorized as a missile tank, since this heavy combat vehicle has no other weapons than missiles. This rocket tank is equipped with 12 container launchers for Rafael Tamuz missiles, which are installed in the rear of the slewing turret, and when fired, the launcher goes up. In all likelihood, these tanks have already been used by Israel in combat conditions. In particular, it is precisely known that the Spike-NLOS missile system was used in 2006 during the Second Lebanon War, as well as in Operation Cast Lead, which was carried out in 2008 in the Gaza Strip. Only for the Second Lebanon War, the Israelis used 500 order of such missiles.

History world tank building knew examples of the creation of missile tanks, so that the Israeli designers are not the first in this issue. Heavy tracked combat vehicles, whose main weapons were missiles, were built before, including in Germany and the USSR. The Jaguar-2 (Raketenjagdpanzer 4 Jaguar 2) missile tank was developed in Germany in the middle of 1980, and this combat vehicle was armed with the Bundeswehr until 1993 of the year (163 of such tanks were produced in total). It was a tank destroyer built on a tank chassis. In the USSR, similar developments were also conducted. In the Soviet Union, the IT-1 (Tank Destroyer-1 or “150 Object”) was mass-produced, which was armed with the “Dragon” anti-tank missiles and was built on the basis of components and assemblies of the T-62 tank. In total, 110 of such vehicles were produced, which were in service with the Soviet Army for only two years - from 1968 to 1970. 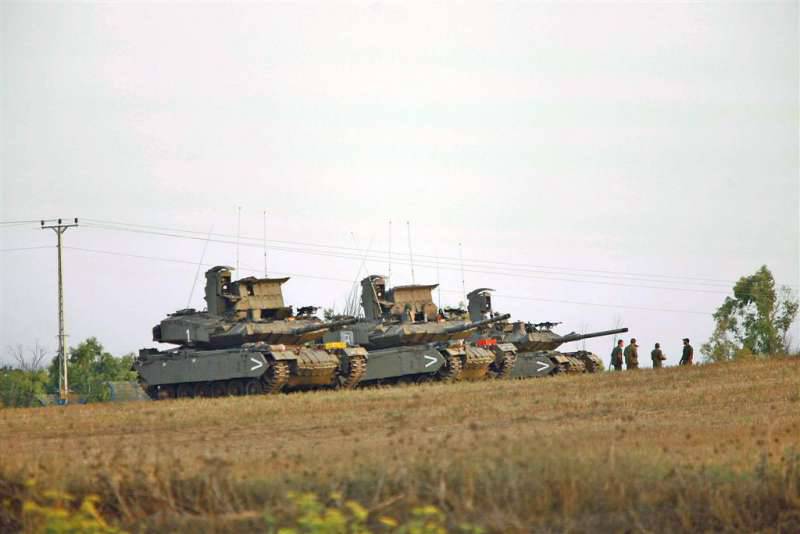 And although experiments with tanks arming missiles and using them as platforms for rocket launchers were carried out at different times and in different states, today only the IDF has a combat vehicle that can be attributed to rocket tanks. At the same time, anti-tank missile systems on tracked chassis, there is not only Israel. For example, the Russian army has a self-propelled anti-tank missile system "Chrysanthemum". The 9P157 combat vehicle of this complex is based on the BMP-3. However, all such vehicles are built on the basis of transporters or infantry fighting vehicles, but not tanks, possessing only anti-bullet armor.

Against this background, the Onagr missile tank is advantageously different. Its design feature is that even outwardly it is very difficult to distinguish it from the main battle tank "Merkava". Light elements were specially installed on the combat vehicle, “making up” it under another tank. The designers even installed on it an imitation of a tank gun. Such a "mimicry" should help to hide the Pereh missile tank in combat conditions, besides, it can move freely in the composition of the tank columns, without being detected by the enemy.

The creators of this combat vehicle deliberately went to all possible tricks to reduce possible combat risks. It is not a secret to anyone that on the battlefield, the enemy is first of all hunting for the most under-armored targets, which are the majority of mobile rocket launchers. At the same time, the thickness of the Pereh tank hull armor is approximately 100 mm, it was further enhanced by dynamic protection, the thickness of the armor in the stern of the tank does not exceed 60 mm. These are quite impressive figures compared with modern self-propelled anti-tank systems of other countries, but such armor will not save from modern anti-tank weapons. At the same time, the reputation of the MBT Merkava is added to the Israeli tank’s own armor, fulfilling the role of additional “invisible armor”. The enemy will think a few more times to shoot at this “pseudo-Merkava” or find an easier target to defeat.

Ctrl Enter
Noticed oshЫbku Highlight text and press. Ctrl + Enter
We are
Israel has declassified combat vehicle "Pare"Wunderwaffe for Pantservaffe. Description of the design of the tank "Mouse"
58 comments
Information
Dear reader, to leave comments on the publication, you must to register.