January 23 2016
16
According to the French portal Mer et Marine, ten years after the start of the construction program for the French nuclear multipurpose submarines of the Barracuda type, in the summer of 2016, the lead submarine of this type Suffren will be removed from the arsenal shop of the French shipbuilding association DCNS in Cherbourg and launched her into the water. Then, completion and mooring tests will be carried out, the start of sea trials is scheduled for early 2017. According to plan, Suffren should be transferred the fleet in 2018 year.


At the moment, the workers of the DCNS arsenal in Cherbourg have stepped up work to dock the two halves of the hull of the main boat, which should be joined together in February 2016. The French Navy has already formed a crew of submarines in the number of 65 people who will oversee the construction of the ship. 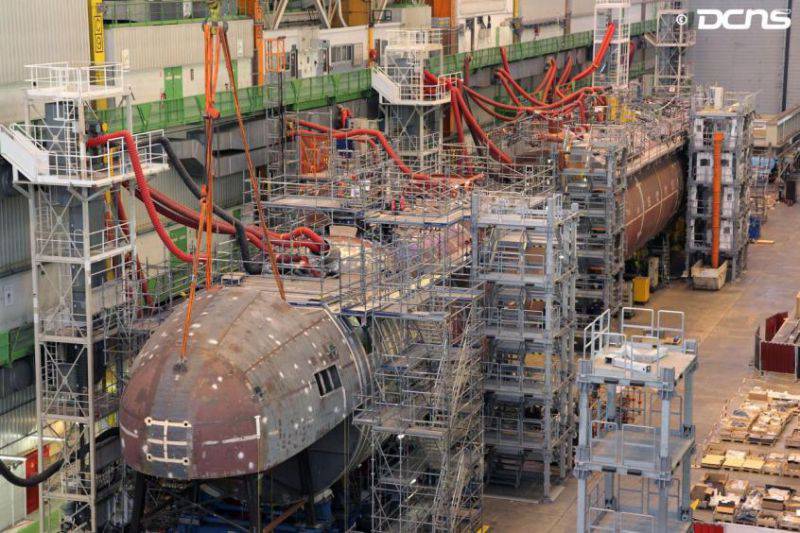 The head French nuclear multi-purpose submarine Suffren type Barracuda in the workshop of the arsenal of the shipbuilding association DCNS in Cherbourg as of October 2015 of the year (c) DCNS
Barracuda-type submarines are larger compared to the previous generation Rubis French multi-purpose submarines. The surface displacement of new submarines is 4650 tons (underwater - 5300 tons), the length reaches 99,5 meters, and the travel speed in a submerged position is not less than 25 nodes. The boats have a high degree of automation, their crew is reduced to 60 people, and there are two crews for each boat. In this case, the crew will also serve women, if the experiment, which, starting from 2017, will be carried out on the French SSBNs, will be successful. Therefore, three women officers have already been selected, who are currently undergoing the necessary training.

The Barracuda-type submarine is equipped with a modernized nuclear power plant based on the K15-type reactor, which is installed on the Charles de Gaulle aircraft carrier and SSBN type Le Triomphant. 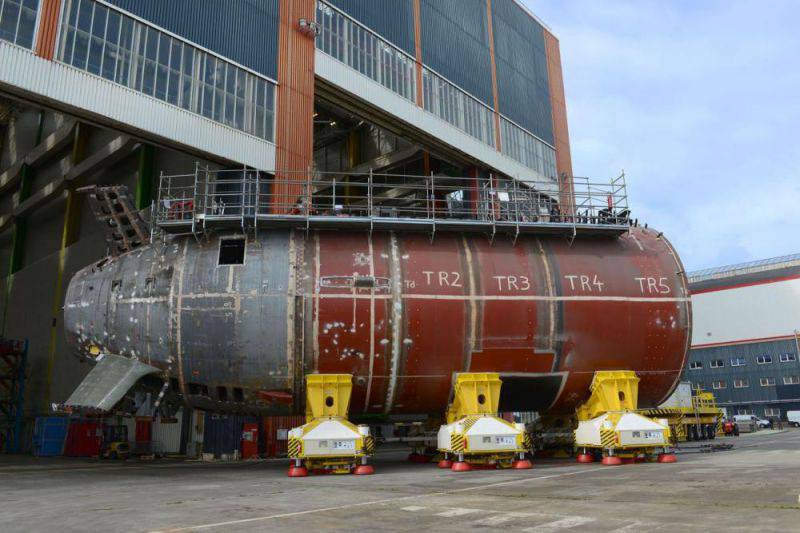 Aft part of the submarine Suffren (c) DCNS
The submarine armament is six torpedo tubes (TA) caliber 533 mm, of which can be used up to 20 various types of weapons, including heavy torpedoes F21, Exocet SM39 anti-ship missiles and cruise missiles. Submarines will be able to lay mines, and will also be equipped with an onboard air defense system. (the Mica rocket designed by A3SM from the DCNS concern will be fired from the TA). In addition to the crew in 60, people on the boat have the opportunity to accommodate 10 additional special forces soldiers. 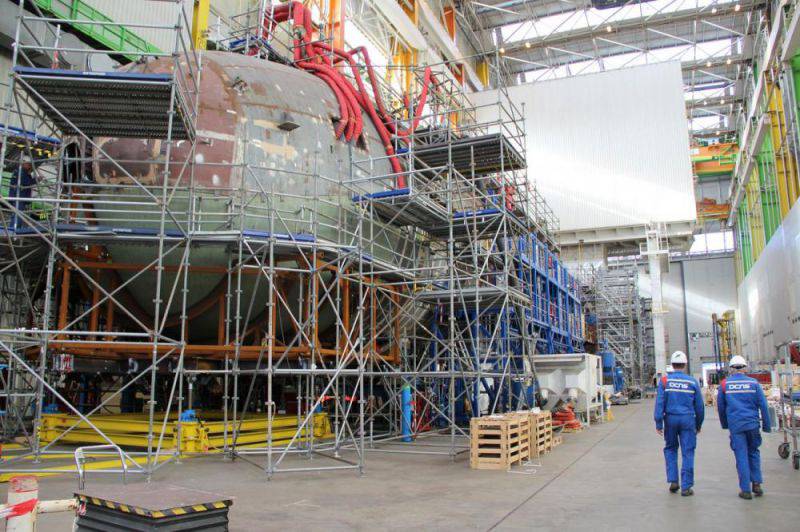 Suffren submarine under construction (c) DCNS
The deadline for the Suffren was corrected from 2017 to 2018 year due to difficulties encountered during construction. However, the shift in deadlines for the following buildings is associated with budget constraints. The first production submarine, the Duguay-Trouin, will be delivered to the fleet in 2020 a year later, compared to the original plans. It will be followed by Tourville, De Grasse, Casabianca (previously planned for the name Dupetit-Thouars) and Rubis (previously planned for the name Duquesne) with one boat speed in two or two and a half years. The last building will be commissioned in 2029, although in 2006, this event was scheduled for 2027. 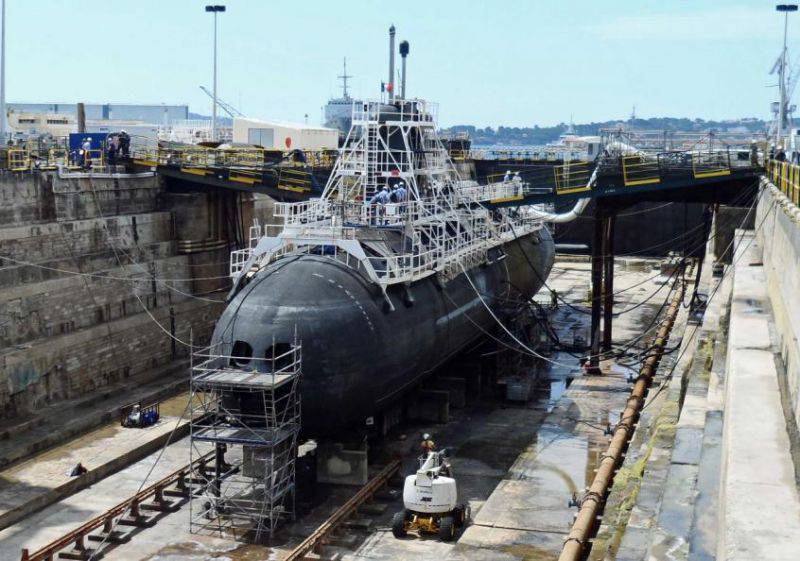 French nuclear-powered multi-purpose submarine of the Rubis type in the dry dock of the DCNS arsenal in Toulon during a mid-life repair (c) Incent Groizelau / Mer et Marine
Regarding the currently operating Rubis submarines of the French Navy, it is reported that their service life will be extended to 35 years instead of 25 years under the project. Although boats of this type are very popular and are located at different maritime theaters, they have achieved an outstanding level of combat readiness compared to the navies of other countries (anything higher than 50% of the British SSBNs of the Trafalgar type), and has been steadily growing over the past 10 years. The withdrawal of the last Rubis-type boat from the fleet will take place no earlier than in 12 years.

Repair by technical condition for Suffren is scheduled for 2025-2026 years. In Rubis, it took place in the 2012-2013 years., The boat will be the first to be withdrawn from service since the 2017 year. Only two submarines of the series will undergo medium maintenance, which will extend the service life by 12 years - this is Améthyste, currently in dry dock at Toulon and which will be handed over to the fleet in spring 2017, and Perle, whose average repair will be completed in 2019.

Ctrl Enter
Noticed oshЫbku Highlight text and press. Ctrl + Enter
We are
Bars submarine16-I Red Banner Squadron of submarines
16 comments
Information
Dear reader, to leave comments on the publication, you must to register.