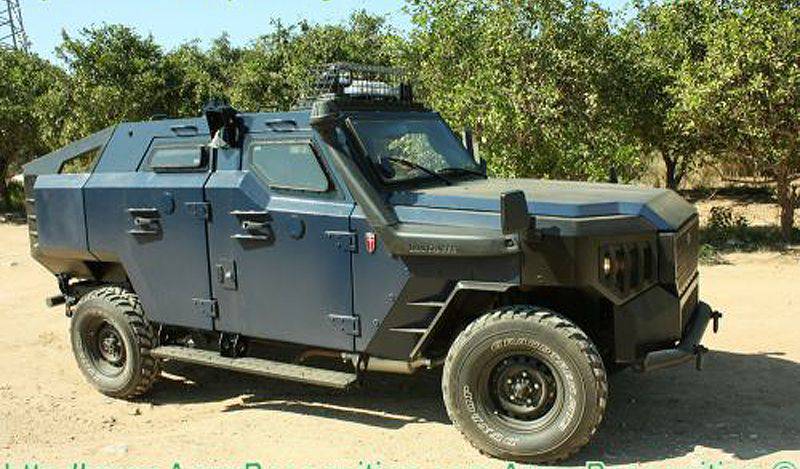 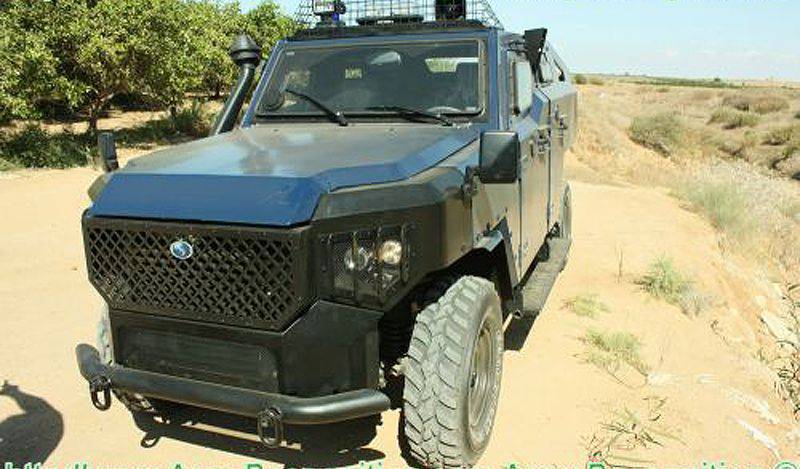 The Israeli company Saymar except for the development and production of light armored car Genda mk ii It also has a Musketeer Multirole Light Armored Vehicle (MLAV) multi-purpose armored vehicle in its portfolio.

Saymar began developing Musketeer MLAV as an initiative at the end of 2008, the first two prototypes were made in the middle of next year. The car was first shown to the public in September 2009.

This car was aimed at local and foreign markets, its development was completed at the end of 2009 year. The first production machine Musketeer MLAV was sent to an unnamed overseas customer at the start of 2010. The first order consisted of 32 machines, two were delivered at the beginning of 2010, and the remaining 30 machines at the end of 2010.

According to Saymar, the Musketeer MLAV armored car is suitable for a wide range of tasks, including command, communications, reconnaissance and internal security.

Saymar Limited is currently a member of the Elbit Group, which also includes the leading Israeli supplier of artillery and mortar bombs Soltam Systems.

It should be noted that Saymar Limited no longer offers Genda II light armored vehicles (4 x 4) and has focused its marketing activities on a larger and more functional Musketeer MLAV. 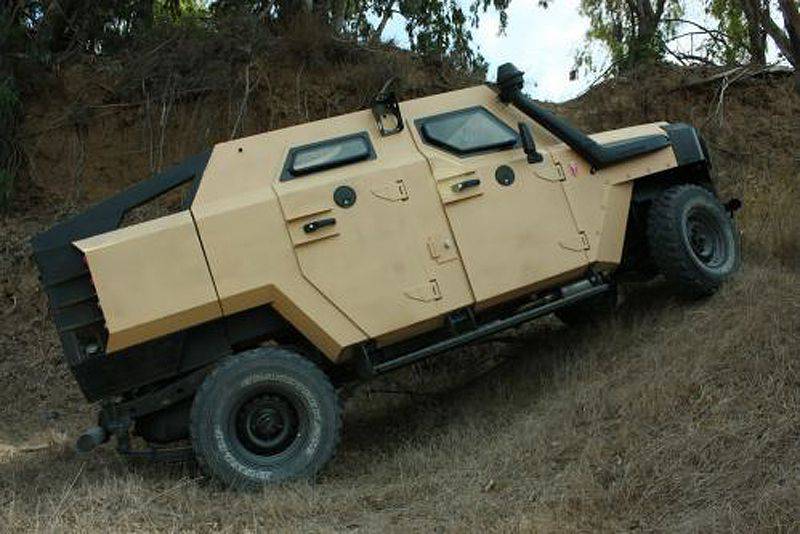 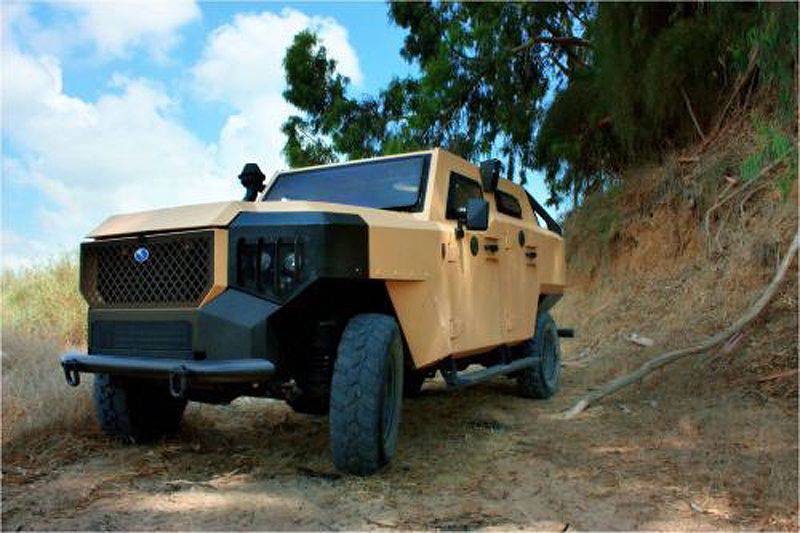 The Musketeer MLAV armored car is based on the well-proven Toyota Land Cruiser 4x4 off-road chassis, on which a new all-welded body made of armored steel was installed, which can be removed if necessary.

The hull provides the crew with a full range of protection against small-arms fire. weapons and fragments in accordance with the 1 level according to the NATO standard STANAG 4569 and optionally with the 2 level STANAG 4569.

The lower part of the ladder chassis provides protection against anti-personnel mines and hand grenades.

The fully protected engine compartment is located in front, the crew compartment in the middle part, the cargo platform in the rear, which can be open or closed according to the wishes of the customer.

The crew compartment is equipped with bulletproof glass on all sides, which increases the level of ownership of the situation.

On the sides there are two doors, which allows you to quickly leave or sit in the car crew consisting of a commander and driver and four paratroopers in the rear; they all sit on individual seat belts.

A total of five embrasures in each door and one in the windshield were cut in the car for firing. The weapon set depends on the task, but includes a 7,62-mm machine gun mounted on the roof with a front protective shield for the shooter, a light remote-controlled combat module or a turret machine armed with an M12,7 HB 2-mm machine gun.

The Musketeer armored car is equipped with a Toyota 4.2 I diesel engine with HP 168 power. (other Toyota engines are also offered), which is connected to a manual transmission with five forward and one reverse gears and a two-stage transfer case.

Standard equipment includes air conditioning, a camera in the rear, power steering, two protected fuel tanks, a spare wheel in the back and wheels with wear resistant inserts.

When used in internal security tasks, Musketeer MLAV is usually equipped with flashing beacons mounted on the roof and a searchlight that can be controlled from inside the vehicle.

In addition to the remote-controlled searchlight and flashing beacons, other optional equipment of the armored car Musketeer includes a power-operated winch, a loudspeaker and a siren, a metal grid on the windows, various weapons installations and a ground navigation system.

In addition to transporting personnel, the Musketeer MLAV armored car can be configured for other tasks and roles, for example, it can be a command post, an internal security vehicle, a reconnaissance version and an armament installation. 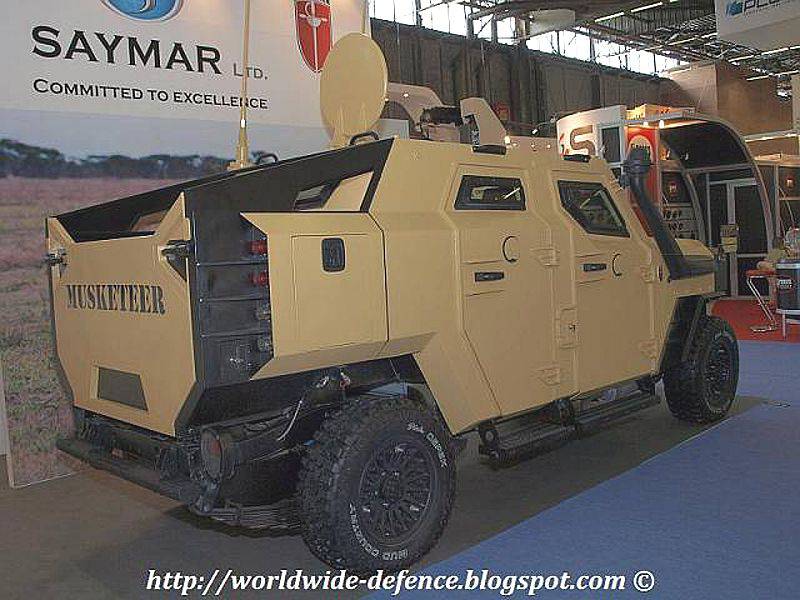 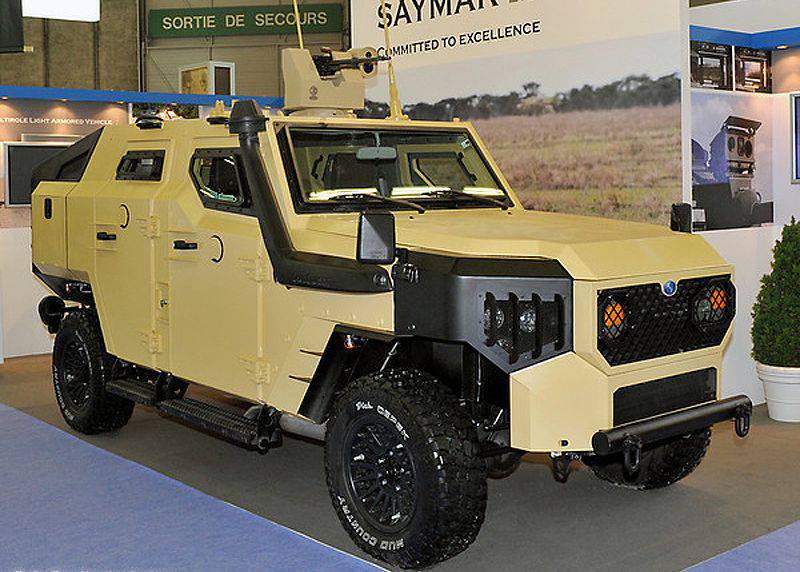 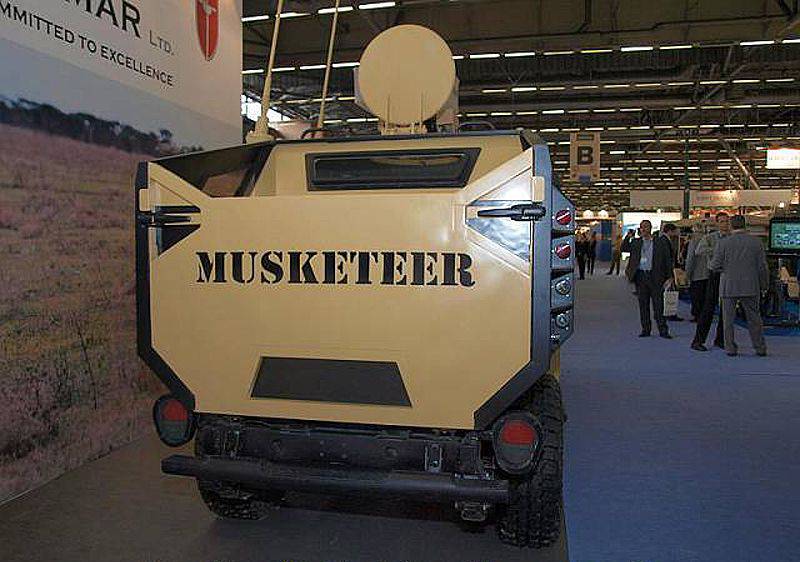 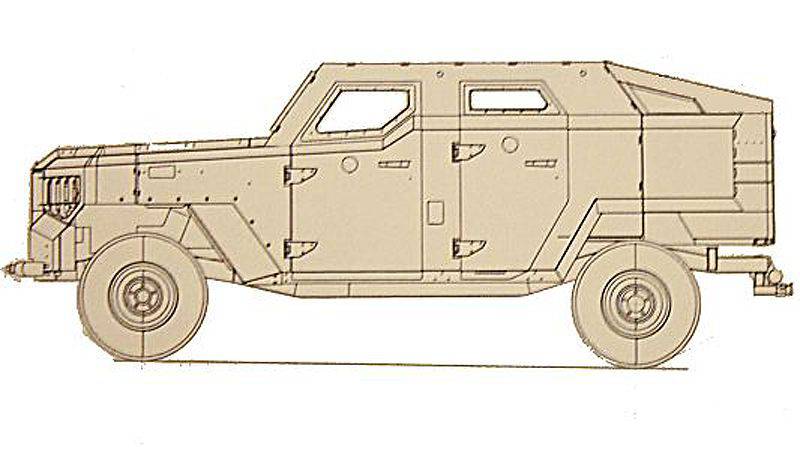 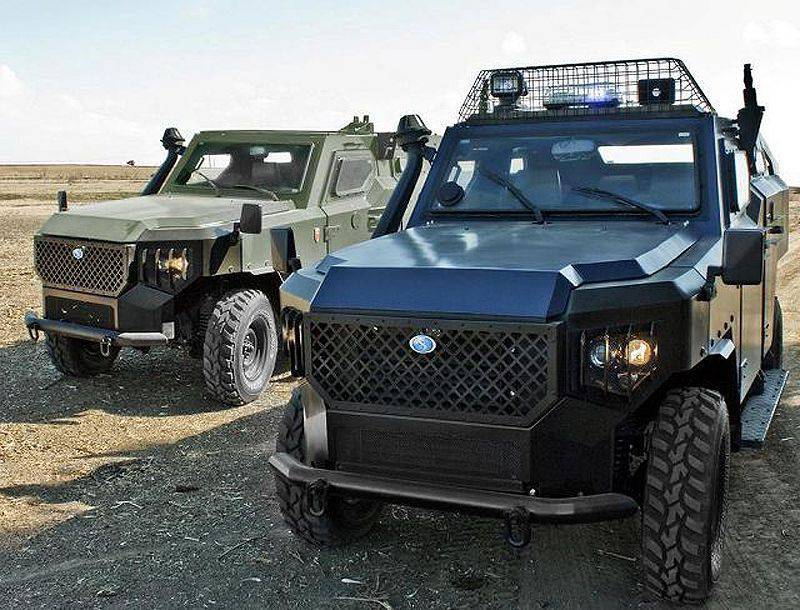