December 28 2015
31
As the ship you name, so it will float. There is such a saying. But she is wrong. It's not about the title. “Call at least a pot, just do not put it in the stove!” - says other proverbial wisdom and it is much more rational. Well, and in relation to technology and, especially, to military equipment, everything is connected with the technical task. Engineers, in principle, all the same, what to design, would be the base. So the thing is, to wish what they create. And the more detailed the technical project, the vision of the topic by the military itself, the better the result. In the 30 years of the last century, the British military wished to have a tank with a roundabout and got ... The Independent! And it turned out that the engineers didn’t retreat a jot from the technical project, but the result was a tank worthy of a museum - dear and unnecessary! 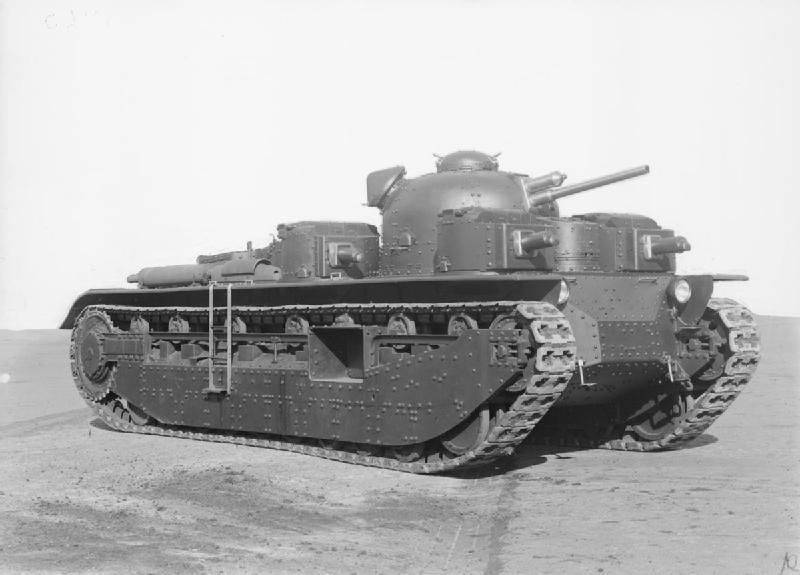 The English tank "Independent" at one time seemed a miracle of technology. With five towers, he was armed with an 47-mm cannon that fired an armor-piercing projectile, and four machine guns in individual towers, one of which could even shoot at planes!

However, the task for a new car, even the most detailed, cannot lead to the successful completion of a car in metal, if it is not based on theory, which should be based on experience. And it was precisely the experience of local military in recent decades that made it possible to develop a theory according to which a modern tank, in order to dominate the battlefield, must meet a number of very important requirements, and be created on the basis of the "six zones" principle. 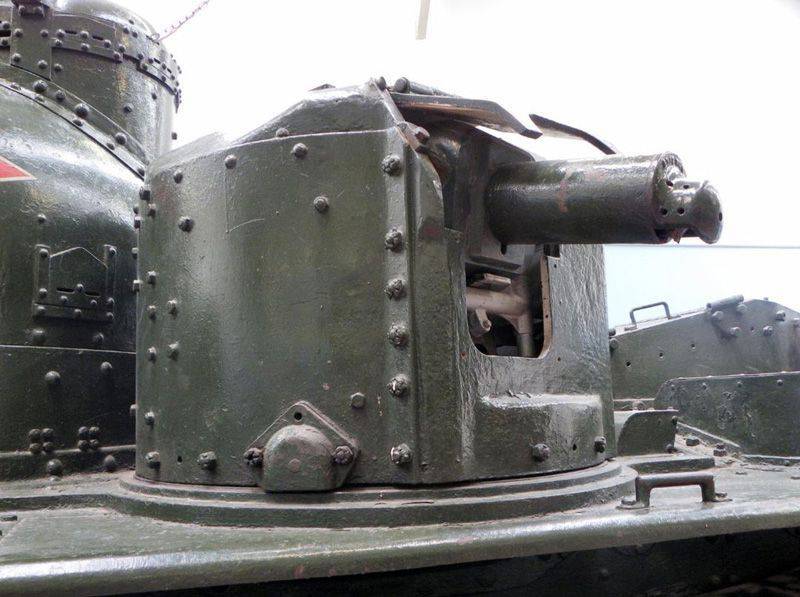 Far right tower tank The Independent could fire even on airplanes!

What is this principle and what are these “zones”? Imagine a tank in the center of several circles and call it the way a similar object is called in the PR - “source of information”. And here the very first and farthest zone will be called “avoid collision”. In it, the tank must avoid a collision with the enemy’s anti-tank weapons and the superior forces of the tanks. The tank itself cannot work in it, so everything depends on satellite communications and the UAVs assigned to modern tanks. That is, we must avoid a collision with a stronger opponent and try to destroy the weaker one. Not “chivalrous behavior”, is it? But this is the only way to fight. Therefore, satellite communications on a modern tank should be required! 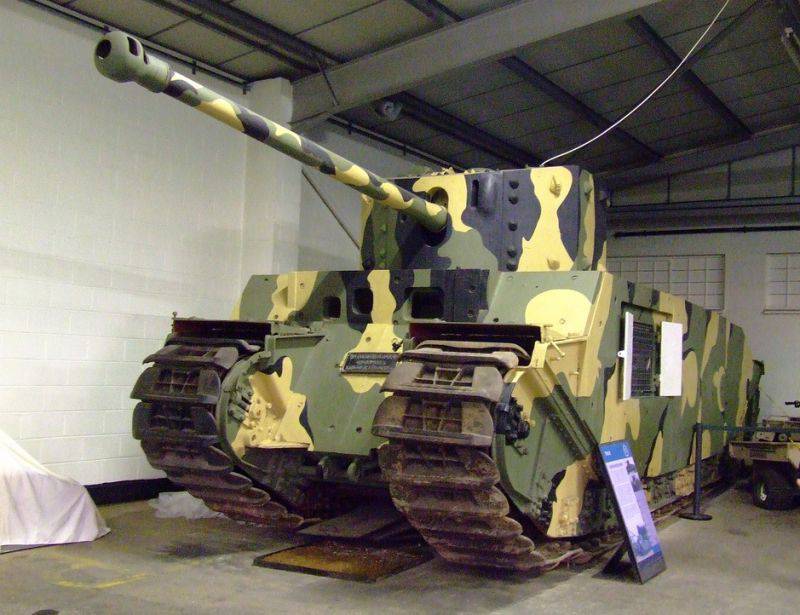 But this English tank TOG-II from the Royal Museum in Bovington had a great weapon, but as for the rest ...

Here, for example, our Russian tank "Armata", which, in principle, can not be mentioned, but it will have: it is equipped with a radar with a range of 100 km. This makes it possible to lock in the flying weapons of the enemy, and automatically destroy them with the help of the submunitions placed on it. Although the idea is not new, here, in this case, it is implemented to the maximum.

The second zone is called “avoid detection”. Here the work of designers and designers of the tank itself is already necessary, because they must make the tank unobtrusive, and more - all signatures coming from it should be reduced to safe limits. That is, the tank must be low, air-cooled exhaust, with anti-radar coating type "stealth". Here, take for example the American "Abrams", which has three crew members in the tower, and which looks like ... a house. After all, how difficult it is to disguise, is not it? And his gas turbine exhaust?

Here, by the way, quite unusual solutions can be applied. Well, let's say, put on the tank inflatable rubber tanks of various shapes with a radio-reflecting coating and even with “green grass” and “branches with leaves”. Inflating them, the tank will be able to turn into a rock overgrown with bushes or in a green hill! That is, to distort its signature and appearance beyond recognition!

The third zone is located even closer to the tank and is called “avoid capture for escort.” After all, from escorting to defeat, it’s not far away, which is why all tanks in the future should be equipped with automatic means of active and passive jamming, that is, they, like airplanes, must now have their own radar countermeasure systems and “blinding” enemy surveillance equipment. It's funny, but it could be the same UAV equipped with a can of quick-drying paint: flew up to the enemy's tank, filled all the observation devices with paint, and then, when the crew got them cleaned, shot it from the onboard weapons!

“Avoid disappearing” is zone number four and it deals with means for the destruction of ammunition flying up to the tank, that is, the “umbrella” that needs to be covered from all sides. And again ... After all, the same missile flying up to the tank can be destroyed, even from a cannon, by shooting at it with a charge ... of a canister. But first it will be necessary to detect it, quickly point the gun at the target, and then still make a shot with pre-emption. People can't do that! It means that the tank must have “artificial intelligence” with the speed of “inhuman order”, which in emergency cases will make decisions for the crew! 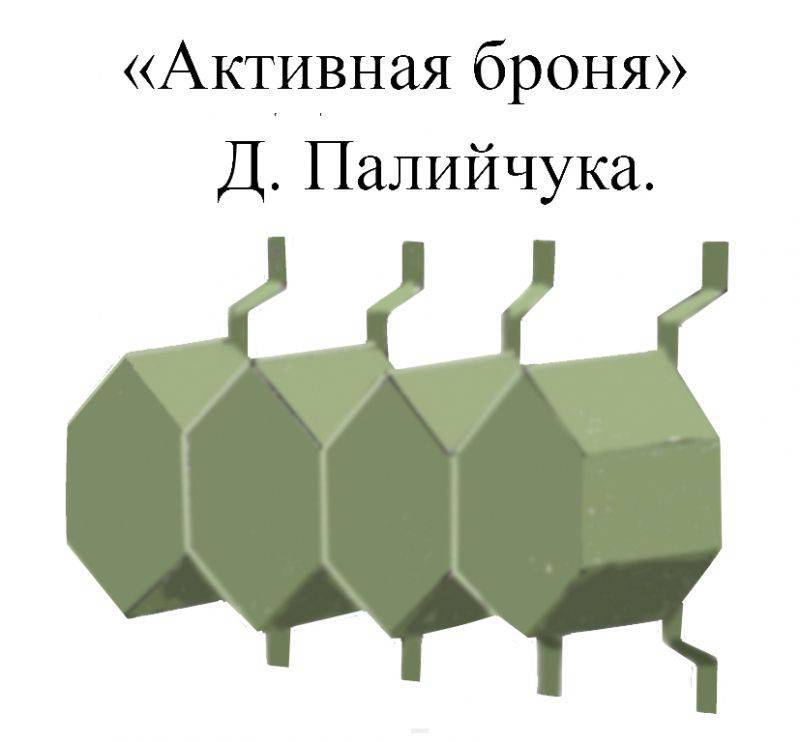 The zone of direct contact of the enemy’s ammunition with its own armor is the “avoid penetration” zone. And if an enemy’s ammunition got into the tank, then ... it shouldn’t penetrate for its armor protection under any circumstances! Protection can be the thickness of armor, and dynamo-active armor, and all sorts of ingenious devices. Recall that the same idea of ​​such a reservation was born here in Russia, in the USSR, in 1929, and the author of it, Odessa D. Paleychuk! At first, he, however, offered armor for ships. From hexagonal prisms filled with hot gases from ... fireboxes! But then I thought and offered to notice the gas with explosives, which, in a collision with a projectile, produce a “gas-dynamic effect” of reflection. His project, which is in the Samara archive of abandoned inventions, remained a project. But the wedge with the dynamo-kurchev kurchevsky was even built and tested. But ... the first project seemed just fantastic, but with the second they simply did not think out, and as a result everything turned out as it happened, although it could have been completely different, there were all the technical solutions necessary for this, only nobody saw them and appreciated them ! 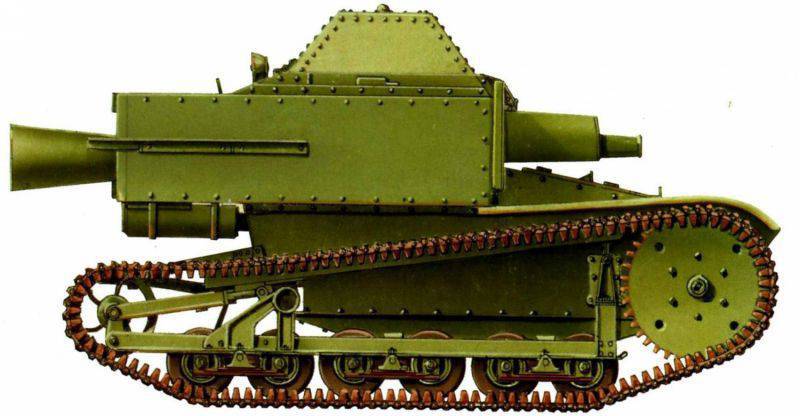 And also it was precisely in our case that the proposal “Automatic shield of A. Novoselov” was born, which offered in the same 29-ohm mobile armored cassettes driven by two solenoids and contact wires. The essence of the invention is that tankers are observing "directly" and see everything around them very well. But when a bullet approaches them, it passes between two wires (the distance between them is less than the diameter of the bullet!), Closes them, the solenoids give a current and the “window” is closed by an armored barrier. 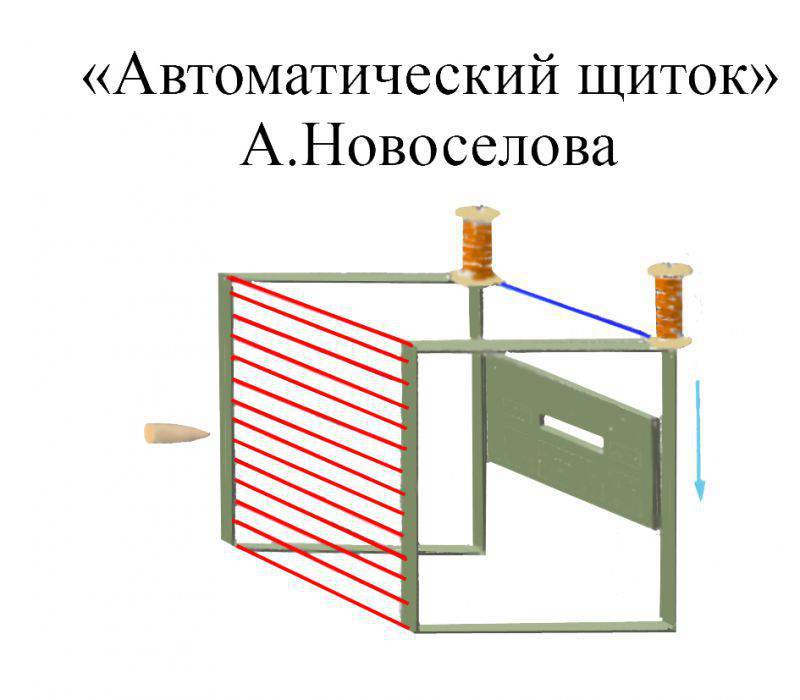 Finally, the most recent zone, “avoid defeat,” implies that even if the tank’s armor is broken through, the tank crew must remain alive! To do this, on the T-14 all three crew members are housed in a hull inside an armored capsule. It’s impossible to say what kind of reservation she has there, but, obviously, quite enough! There is another way to avoid defeat, again including artificial intelligence! Well, you can connect it to the engine and chassis. For example, the power of a tank engine in 1500 l. p., despite the tank's weight in 60 tons, provides it with a power density of 25 l. with. per ton of weight, which is an excellent indicator! Now imagine that a tank with an artificial intelligence inside shot from a tank gun at a distance of three kilometers. The speed of the projectile 1000 m / s. and it means that in three seconds hit will follow. But already in one second, the on-board computer calculated the trajectory of the projectile, determined the location of the hit and ... dramatically increased the speed! With a speed of 60 km / h in one second, the tank will pass 16,67 m, and in two seconds it will be so far that you can not even think about the missile flying somewhere out there! And even if he moves only the length of his body, then this will be enough to avoid hitting and defeat. Assume that the tank has a controlled suspension and, on this tank, from a distance of five kilometers, a guided projectile has been launched under the turret. The computer calculates the location of the hit, and then turns off the suspension. The enemy at such a distance simply cannot physically react to this, and the projectile will fly over the tank as a result! 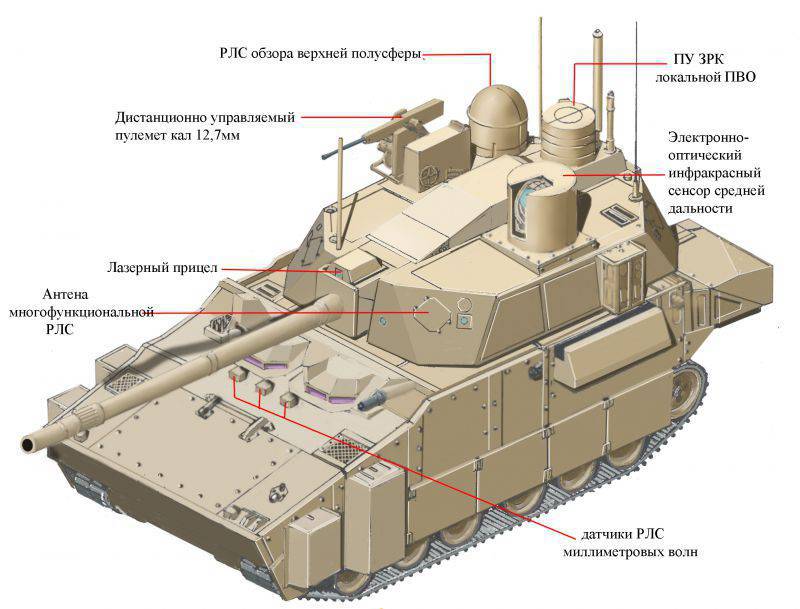 A container with anti-aircraft missiles, guided by the same "artificial intelligence", can also be referred to the means of active protection in the near zone. Having received data from the UAV on the use of the tank aviation means of destruction, he directs missiles at them with a high degree of speed and destroys them when approaching the tank, where his own onboard radar exercises "air control". Thus, a tank created according to the principle of "six zones" will be able to dominate all other tanks, and it will be very, very difficult to defeat it. Moreover, outwardly, such a tank may not look spectacular at all, unless it be rather low, because it will have the main filling inside!