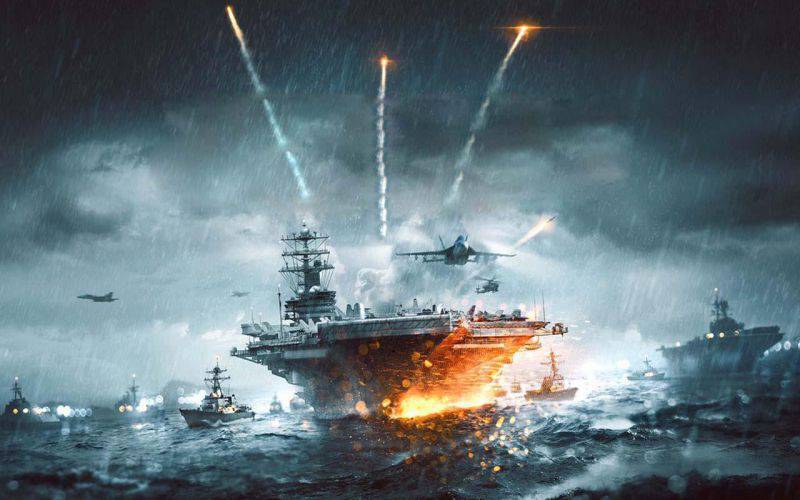 The ships listed in the article, despite their amusement, have the closest connection with the topic of re-equipping the domestic fleet. In addition to the obvious questions about the origin of the funds for building a flotilla of the best yachts in the world, purely technical aspects are touched on here: what terrifying heights have modern progress achieved, allowing the creation of all these magnificent ships.

The construction of floating brothels implemented the most advanced technologies of world shipbuilding, incl. fantastic security measures that military destroyers might envy. Behind the luxurious appearance of superyachts is usually an array of armored steel! Exactly what is so lacking in modern warships. The wealthy people seriously think about their own security, and do not intend to save on their lives.

All superyachts, without fail, are equipped with electronic warfare and optical-electronic suppression stations for GOS missiles. Not to mention the banal locks with fingerprint sensors and systems of illumination of digital camera matrices.

Here are the best achievements in the field of composite materials, electronics and process automation. Unique technical solutions associated with the layout and unusual forms of buildings, resembling alien ships in their lines. 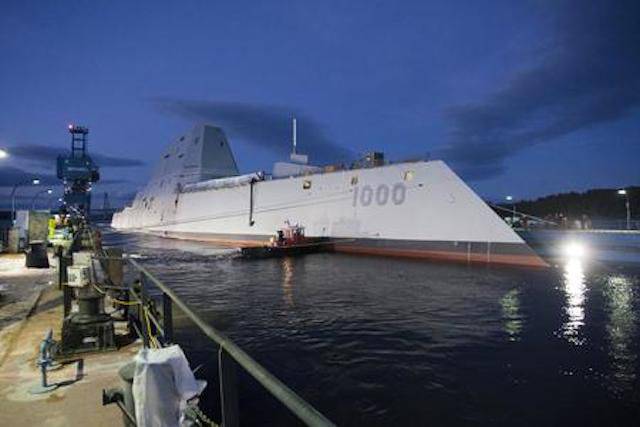 In pursuit of high technology, the Russians were able to bypass the Americans. In December, the USS Zumwalt stealth destroyer came to the test in the USA, but seven years before its appearance, the ocean waters foamed up the “Russian Zamvolt” - 2015-meter “Motor yacht“ A ”owned by Andrei Melnichenko. 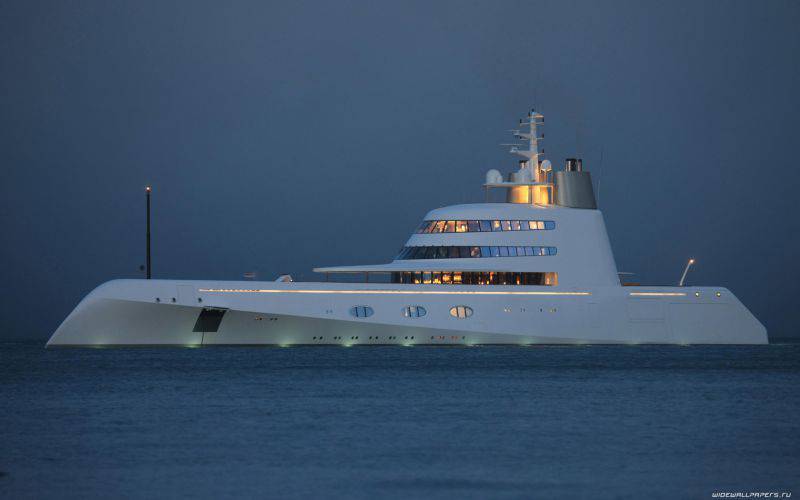 “A” is the first letter of all the alphabets of the world. High art!

Furniture furnish with stingray leather, cranes and door handles costing 40, thousands of non-rubles, rotating the bed on 360 °, allowing you to watch sunrises and sunsets in the ocean under an infinite number of angles. Three pools where, at the flick of a switch, fresh water is replaced by saltwater.

There are legends about her.

According to its creator, Philip Stark, it was created in harmony with nature and, thanks to its contours, leaves almost no wake.

The contracting firm responsible for armor protection and the development of explosion-proof glass for the yacht “A”, as a result, did not withstand the high demands of the Russian customer and went bankrupt. As well as the company that built the hydraulic lift for $ 25 million, installed in the stern of the yacht. 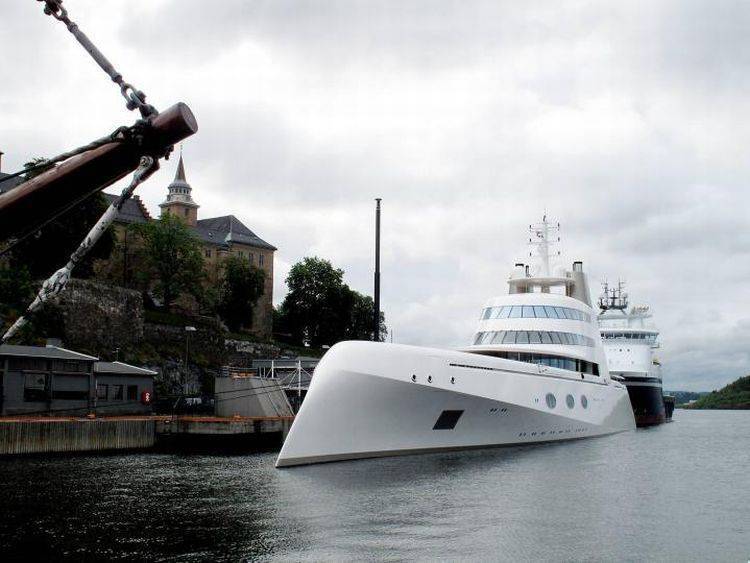 Despite its modest size, “A” overshadowed all existing ships of its class, becoming the most talked about boat in the world. Not the last role was played by its unusual appearance with the opposite inclination of the stem, typical of warships of the early twentieth century.

And who is Melnichenko? 13-place in the Russian list of “Forbes”, almost serf.

It seemed that it was impossible to create anything more perfect than the “A” yacht, but there is no limit to perfection. In the year 2015 appeared on the sea “Sailing yacht“ A ”, eclipsed its predecessor by the number of innovative solutions. 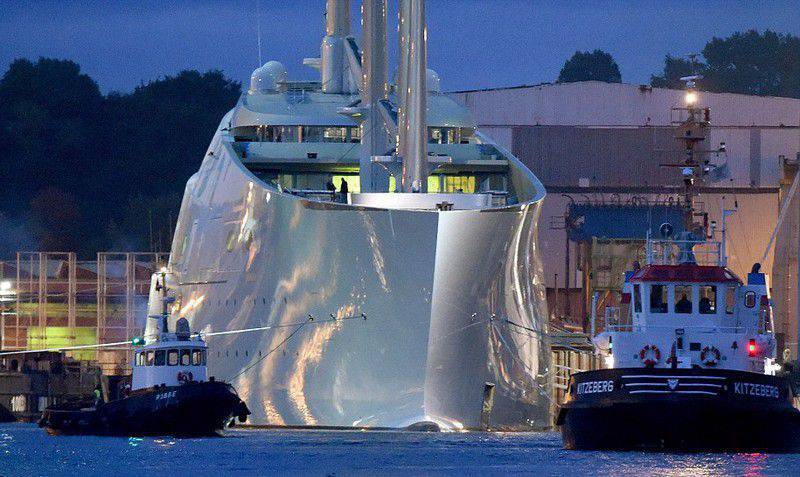 Speed: up to 21 node. These boats should not go too fast for everyone to see and appreciate their magnificence.

The sails of the yacht “A” surpass the football field by area. And its auxiliary power plant (21 thous. Hp) was created based on the best technologies of military shipbuilding. Electric transmission FEP, smoothly transferring energy from two diesel engines to the rowing electric motors. Contributing to the minimum level of vibration and reduce the overall acoustic background of the yacht.

Inside the composite 100-meter masts there is enough space to accommodate elevators and a viewing platform. 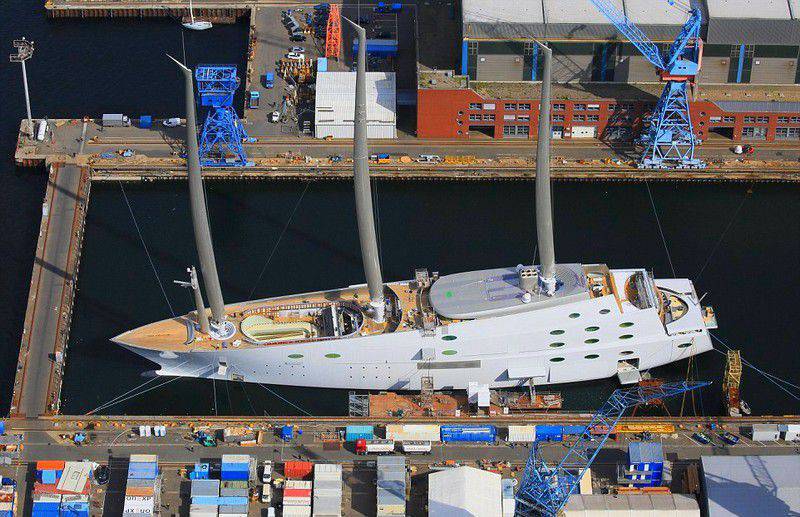 Glamor high tech. Transparent underwater section of the hull. Running bridge with black glass touch panels. But perhaps the most important technological advancement aboard the mega-yacht “A” is a system of automatic cleaning of sails inside its masts with a height of an 30-storeyed house.

And, of course, this snow-white pearl is armored all around. According to some information, onboard the yacht there is even a shelter of the highest protection, performing the role of a conning tower on battleships of the Second World War era.

The owner of the "pearl" himself proudly declares that, together with the yacht, he has all the rights to innovations realized in her design. In the future, he expects to reimburse part of the cost of building a yacht by selling patents.

Another work of art eclipsed all the yachts of the Arab sheikhs. The length of the 162 meter. Displacement 13 thousand tons. Crew 70 man. 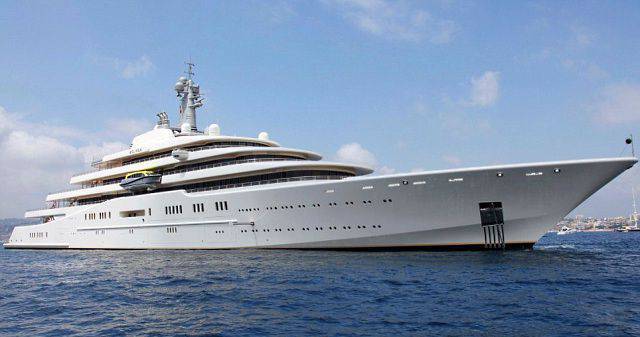 “Romance with a Yacht” - Russian tabloids came out under such headings after learning about the construction of the largest yacht in the world at that time. She looks like a fast-moving military frigate.

“This trend of our time. Private yachts are becoming like warships, personifying the strength and determination of their owners. ”
- German magazine Bild.

At first glance, a new yacht formerly. the governor of Chukotka does not shine with fresh engineering solutions, based on an extensive approach to creating a masterpiece. Huge dimensions corresponding to the passenger ship. 25-nodal speed, not inferior to many warships. There are two helicopters to welcome guests aboard, and in case of special circumstances - a mini-submarine.

According to the British “Times”, the radiation protection system against paparazzi is installed on board the mega-yacht. The sensor system of the circular review captures the glare of the cameras' lenses and is able to illuminate their work with the directional radiation of lasers. Also, according to the same newspaper, one of the leading French defense companies (obviously, Thales) installed a missile defense system on the yacht.

In this regard, another yacht, once owned by the same owner, is interesting. 115-meter beauty “Pelorus”, equipped with a centimeter-range military radar for detecting high-speed small targets.

As stated at the beginning of the article, all these pleasure yachts can compete directly with warships. As for the moral aspects of the acquisition of such transcendental yachts, without going into long fruitless arguments, it can be stated: what kind of astronomical wealth does Russia have! And what great prospects may open up if a little change in the direction of financial flows.

At the same time, the fact of the existence of such mega-yachts directly indicates the level of development of modern technologies, allowing to embody any desires in carbon and metal. 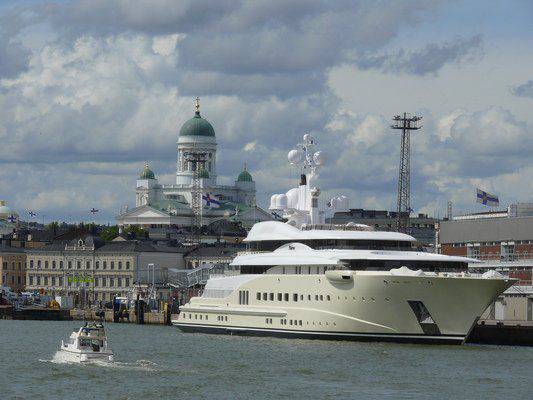 Ctrl Enter
Noticed oshЫbku Highlight text and press. Ctrl + Enter
We are
The cruisers of the 68 bis project: the Sverdlov missions in the post-war fleet of the USSR. 3 partCoastal Warships: Modern Approach
Military Reviewin Yandex News
Military Reviewin Google News
95 comments
Information
Dear reader, to leave comments on the publication, you must to register.