Rating of the strongest fleets of the world 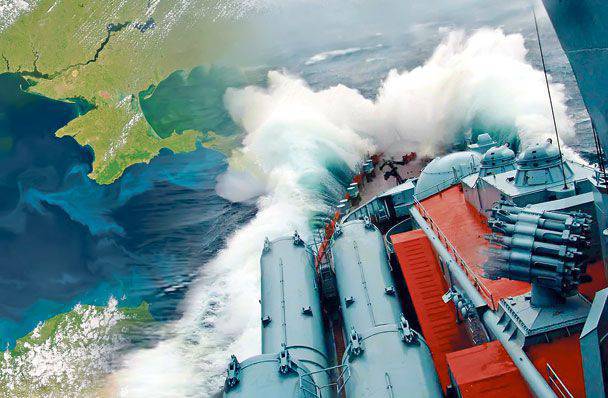 The rating was compiled by analyzing and comparing open information about fleets leading powers. The main criterion is the number of warships of the main classes, taking into account their characteristics and the unique capabilities that they provide to their fleets.

When compiling the rating, the diverse forces of the fleet (for example, the marine aviation), as well as such difficult-to-measure concepts as combat experience and the quality of personnel training. At the same time, small ships (boats, corvettes) and outdated combat units built in the 60s and 70s are intentionally missing in the calculations. One had only to get acquainted with their characteristics in order to understand: they do not mean anything against the background of modern ships.

6 location - Navy of the Russian Federation

Great past and uncertain future. Instead of naval aviation complexes (MAK), we have other MAK (small artillery ships). How far-sighted was the hope of supplying power plants from Ukraine? As the purchase of "Mistral" from the country of NATO. As a result, of the promised fifty ships in a fixed period of time (2020), not a couple of dozen will be typed. Of these, one ship of the first rank (cruiser, destroyer or aircraft carrier). Frigate bring to mind the tenth year. How did this become possible with such careful attention of society to the issues of rearmament of the army and navy?

Frigate pr. 22350 "Admiral Gorshkov", by the totality of characteristics is not inferior to many foreign destroyers

But this is our pride. Once the strongest fleet of the world, rightly sharing the first place with the US Navy. Own original finds and approaches to the conduct of hostilities. The best anti-ship missile school in the world. Unique titanium submarines. Space Intelligence. The system of locations around the world. 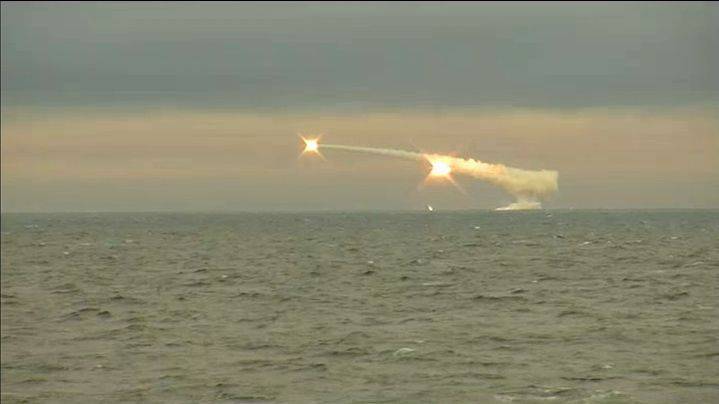 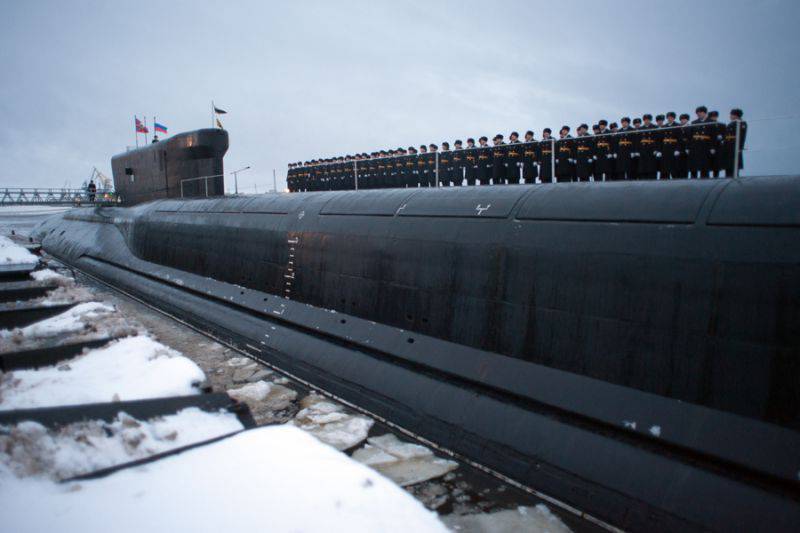 What has been done in recent years? Not so little. One multipurpose and three strategic nuclear submarines were adopted. Three and a half frigates and a certain number of auxiliary fleet units were built. Partially updated naval aviation (multipurpose fighter Su-30MK, upgraded IL-38H "Novella"). Taken into service cruise missiles "Caliber". Went in a small series of updated boats ”Varshavyanka”. Plus, the remaining reserve from the non-existent quarter of a century, the state of the USSR.

As a result, all the efforts were enough to break out on the sixth line among the strongest fleets of the world.

One decade was enough for the Hindus to turn their gathering of rusty troughs into one of the most powerful and modern fleets of the world. Aircraft carriers, supersonic anti-ship missiles and nuclear submarines. Now they have everything. 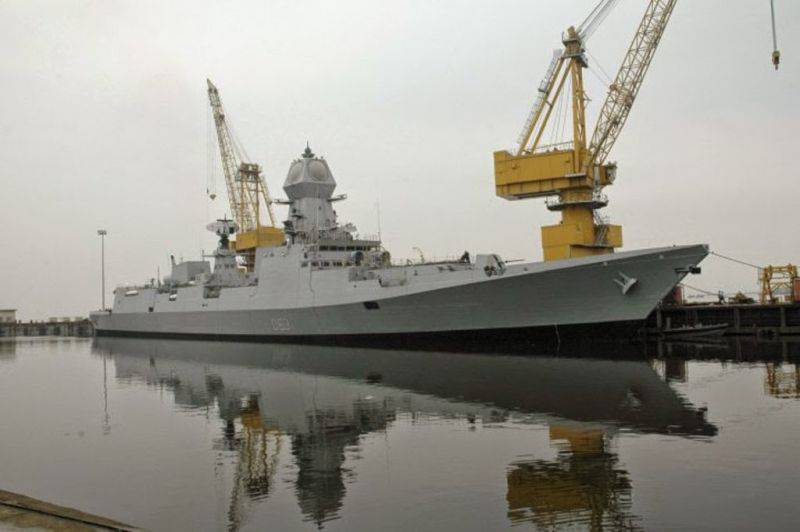 For the indicated period of time, only from Russia were received: the modern 300-meter aircraft carrier, six missile frigates and the multipurpose nuclear submarine “Chakra” (formerly K-152 “Nerpa”). On the basis of our “Onyx”, the Brahmos three-winged anti-ship missile system was developed and adopted. All the diesel engines of the Soviet construction were upgraded with the installation of the Club-S missile system (the Caliber export version). 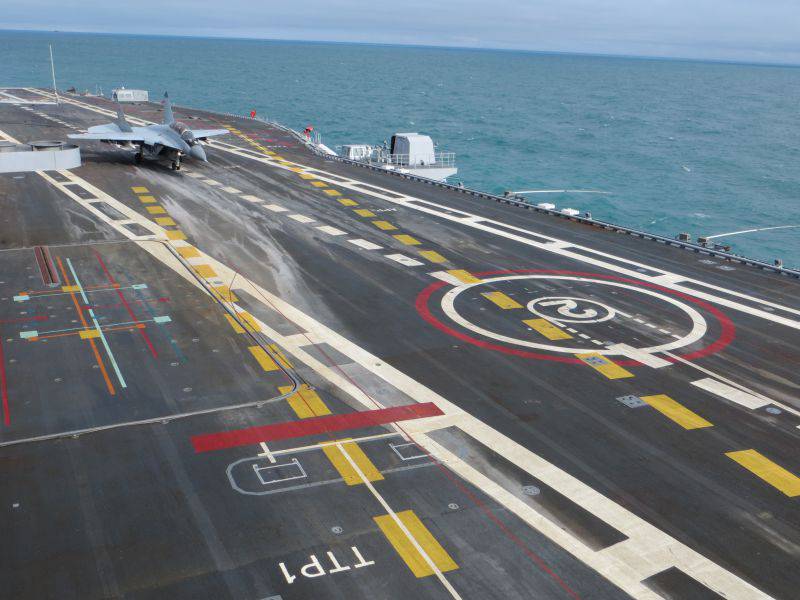 Having received all that is possible from cooperation with Russia, the Indians turned for help to the United States. And the help did not keep me waiting: the Sikorsky helicopters, the landing ship and the anti-submarine squadron “Poseidon” to replace the Soviet Tu-142.

In the meantime, the Indians ordered Israeli radars and sea-based air defense systems, Japanese flying boats and ensured the launch of a military communications satellite with the support of the European Space Agency. At the same time, they do not forget about their own capabilities, having managed to build an atomic submarine (“Arikhant”) on their own, five modern destroyers, and to launch their third aircraft carrier. 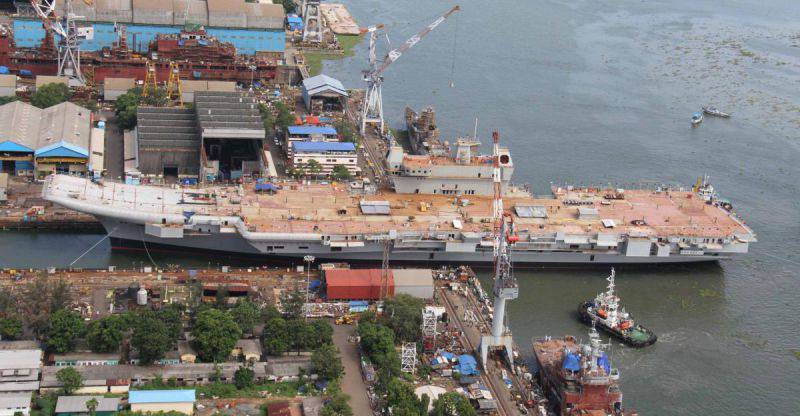 The capabilities of the Indian Navy are not limited to oriental cunning and cunning. Practice shows that skilled and courageous sailors are born from the Kshatriya caste. That there is one enchanting raid on Karachi (1971).

Indian Navy deservedly occupy their place among the best fleets in the world.

The world factory does not forget about their needs. Since the beginning of the new century, the PLA Navy has been replenished with the heavy aircraft carrier “Liaoning” (formerly “Varyag”), four UDC, twenty modern destroyers and the same number of missile frigates! 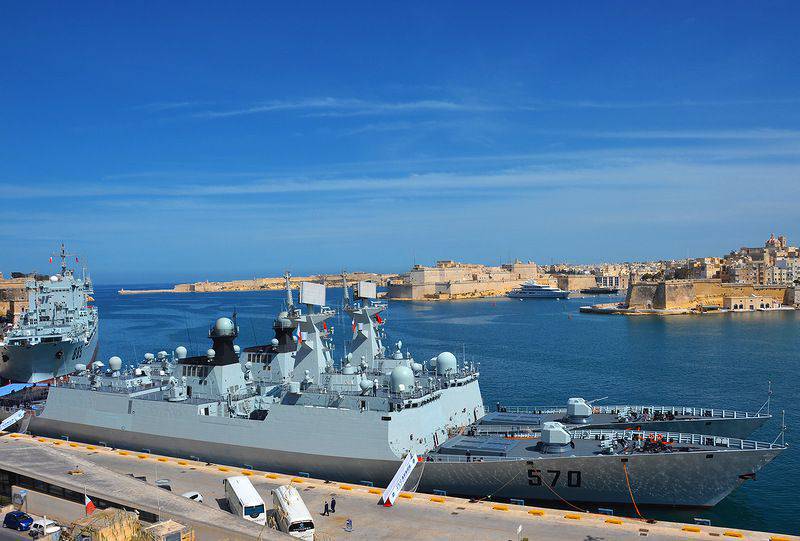 Why, with such an impressive rate of growth of its Navy, China received a completely disreputable fourth place? With all due respect to our eastern neighbors, they could not offer a single original idea. All Chinese samples of naval armaments are copies from Russian and Western samples, as a rule, inferior in their originals in characteristics. Even the “fantastic” maneuvering warheads of anti-ship BRs are just a compilation of the ideas of the Soviet Р-27К and the American “Pershing-2”. 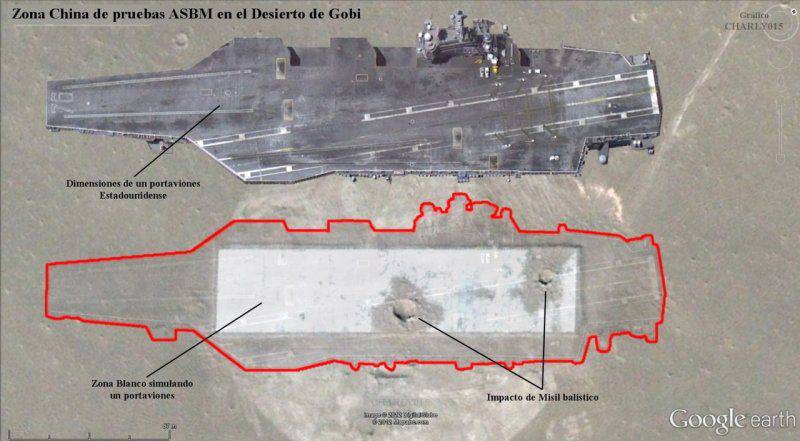 Frankly little attention is paid to the development of the underwater component. With such capabilities - all 6 multipurpose nuclear submarines and 5 strategic submarine rocket carriers.

And finally, the complete lack of combat experience. Fourth place.

Despite a number of severe restrictions (for example, the ban on long-range cruise missiles and the construction of nuclear submarines), the Japanese fleet is qualitatively distinguished from the rest of the fleets. Thoroughly thought out, balanced combat system for effective action in coastal waters and in the open ocean. 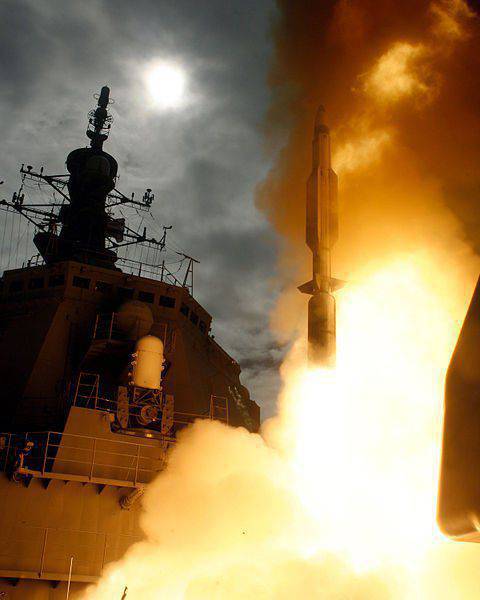 Japan is the third country in the world, except for the USA and China, capable of massively building destroyers: exceptionally expensive and complex in design ships of the ocean zone with developed air defense systems.

At 2015, the Japanese fleet has three aircraft carrying ships and 24 modern missile destroyers. To support the ships equipped with the Aegis system, four “bodyguards” were built, leveling the main disadvantage of the Aegis. Missile defense destroyers with special radars, “sharpened” under the interception of low-flying targets. This is not even the United States! 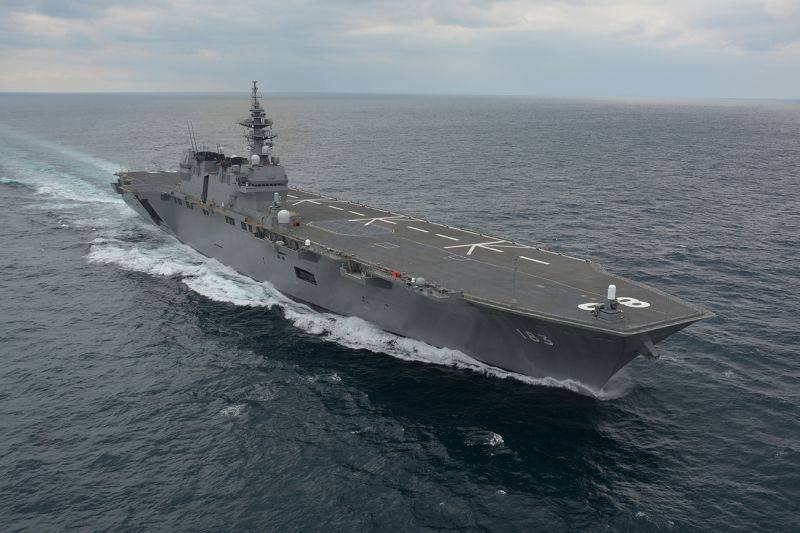 Cunning Japanese have a lot of secrets. The submarine fleet of 17 diesel-electric submarines, many of which (for example, “Soryu” with an anaerobic EI) surpass nuclear-powered ships in terms of their characteristics. The most powerful naval aviation from 100 patrol and anti-submarine aircraft. The Japanese refused to buy American Poseidons, independently developing a new generation anti-submarine aircraft, the Kawasaki P-1.

Finally, its wonderful ideas about duty, honor and patriotism, forcing to reckon with this small island country.

“The fleet has been built in 30 years, but in order to acquire traditions, 300 will be needed.”

The British are the only ones who have experience in conducting modern maritime warfare at a distance of 12 thousand kilometers from their native shores. The sailors of Her Majesty were the first (and so far the only ones) who managed to intercept the anti-ship missile in real combat conditions. 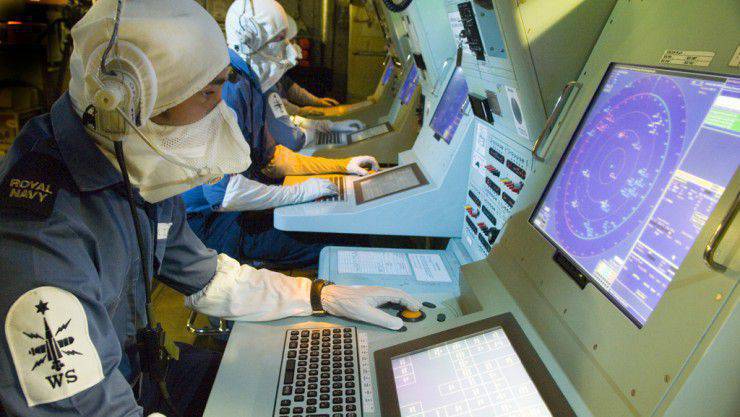 Unlike the rest of the sailors, dressed in light robes, the British sit on their posts, covered from head to toe in fire-resistant suits. They know firsthand what a fire on a ship is. 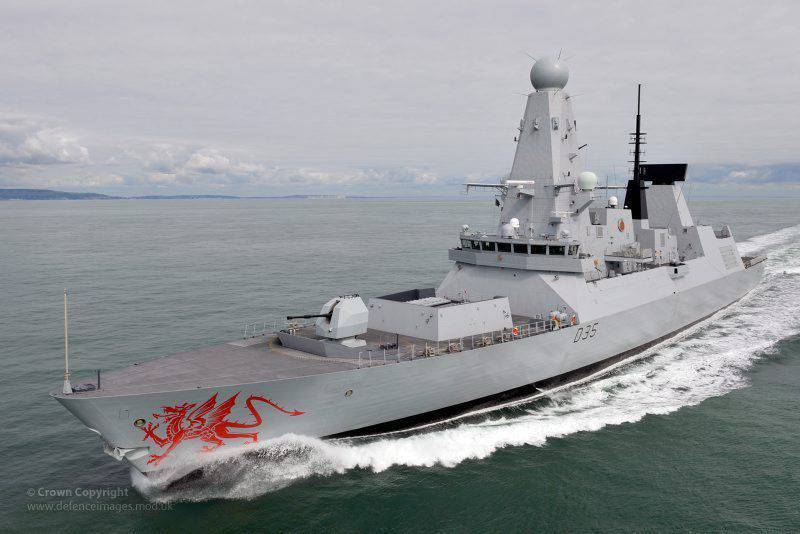 In the coming 5-10 years, two large aircraft carriers (Queen Elizabeth, 60 ths. Tons), 5 multi-purpose atomic submarines of the Estyut type and 8 frigates of the size of a destroyer, created under the program of the global warship should appear in the Royal Navy. .

You can't argue with the Yankees. Americans have more warships of the ocean zone than all countries of the world combined. 10 nuclear aircraft carriers and 9 helicopter carriers, 72 nuclear submarines, 85 cruisers and destroyers, over 3000 units of aircraft. 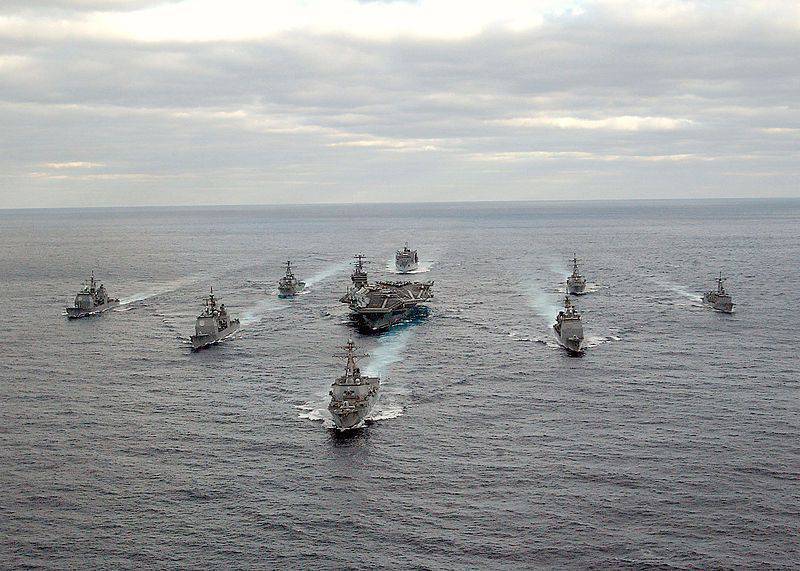 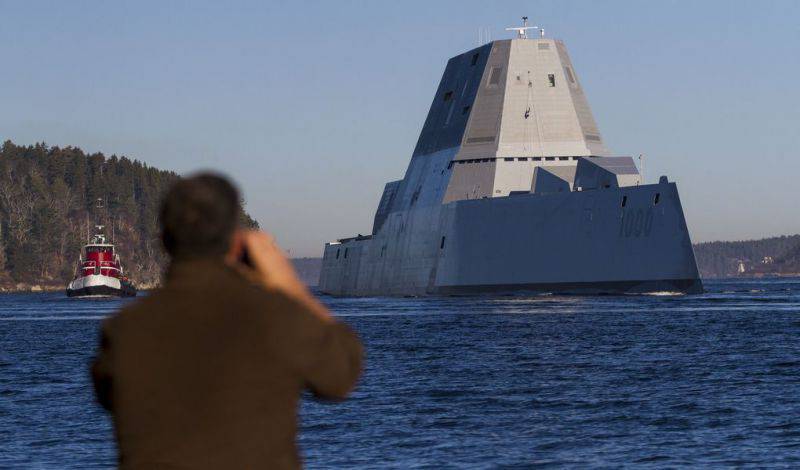 The main question remains: against whom is all this created in such numbers? There is no adequate adversary on the globe. Not otherwise, the States gathered to fight with Alpha Centauri.

In compiling the rating, naval strategic nuclear forces (NNWS) were deliberately braked. Extremely formidable tool, the probability of which does not have a clear answer. The NSNS guarantees the sovereignty of the state, while at the same time they do not provide anything in domestic international conflicts conducted by conventional weapons.

Strategic submarine missile carriers are in service with six countries. But in reality, only Russia and the United States have full-fledged nuclear forces. Only we and the Americans have enough opportunities for delivering a guaranteed strike: a barrage of hundreds of warheads that no missile defense system can hold. Finally, only the Russian Federation and the USA have a complete set of NSNS facilities: own carriers, missiles, warheads, and systems for transmitting Doomsday commands to submarines underwater (low-frequency transmitters ZEVS, Vileyka, Goliath). Without the last point, this super-weapon would not make sense at all.

A detailed story about each of the fleets could take more than one book. Nevertheless, the author sincerely hopes that this short material will be able to expand knowledge and increase public interest in this topic. 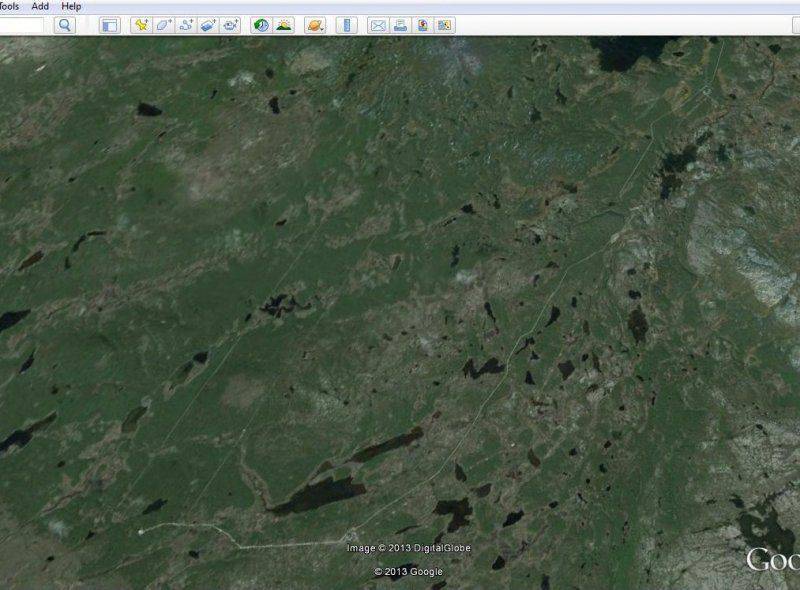 60-kilometer contacts of the transmitter "Zeus". The core of the Earth is used as an antenna. The signal of "Zeus" penetrates the depths of all the oceans and means one thing: the Third World has begun!