December 1 2015
10
The armed forces and power structures need not only combat vehicles, but also various special equipment designed for solving various tasks. In particular, mobile observation complexes are of great interest for many customers. Self-propelled vehicles equipped with various instruments are able to observe and monitor the situation at the entrusted site, as well as report on detected objects. Such a technique makes it possible to significantly increase the tracking efficiency of the specified areas and thereby contribute to their protection.


Not so long ago a new version of the Spektr mobile control complex was introduced. The prototype of this car was presented at the exhibition "Innovation Day of the Ministry of Defense" in early October. The mobile control system was developed by AvtoLIK (Nizhny Novgorod) and is intended for use by military or security forces that need equipment to monitor certain areas of land or water surface. To simplify the operation, the proposed version of the “Spectrum” complex is based on an all-terrain serial chassis. 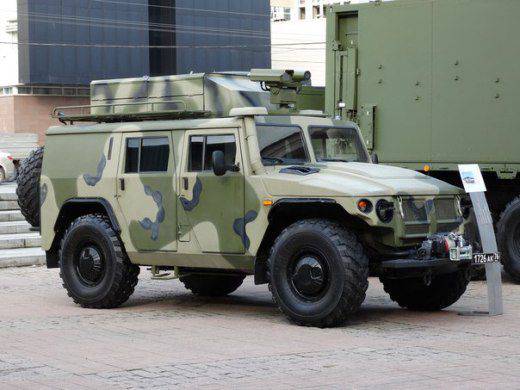 The GAZ-23300 armored car of the Tiger family was taken as the basis for the Spectrum control system. Due to this, a promising machine has high mobility and terrain characteristics, which allows it to fully solve its tasks and navigate on various surfaces. In addition, the use of a serial chassis can significantly simplify the operation of technology through the unification of units. Armored vehicles of the Tigr family have been built serially for a long time, and are also supplied to the army and the Ministry of the Interior. Thus, potential customers should not have problems with the operation of mobile monitoring systems.

During the construction of the complex "Spectrum" base car gets a number of new equipment. Its most noticeable elements, for obvious reasons, are located outside the body. So, in front of the roof, just above the driver and commander, is a block of optical-electronic equipment. Two optical devices (a television camera and, probably, a thermal imager) are mounted on a common installation, providing guidance in two planes. Due to this, the operator of the complex can turn the optics in the right direction and follow the relevant sector. 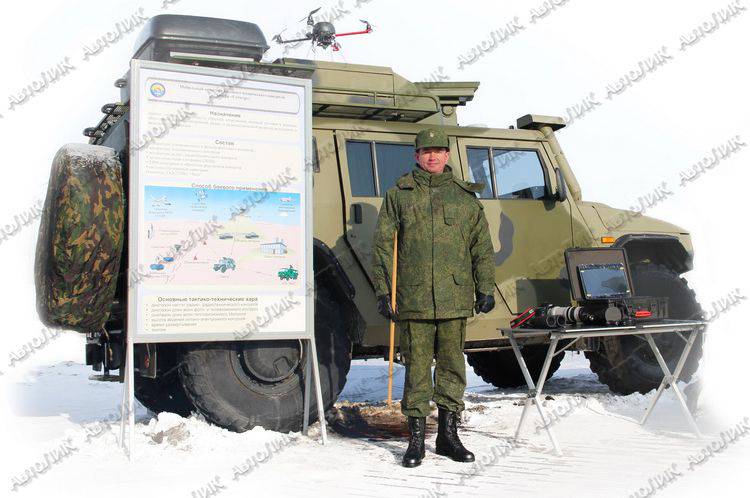 Also on the roof, but in the back of it, there is a large casing to accommodate additional equipment. The roof of this casing leans to the side and provides access to the internal equipment. The purpose of the casing is not yet known, but the available information about the complex suggests that some elements of special equipment are located in it.

The internal equipment of the cabin is subjected to the most serious modifications. In fact, in their places are only the control post and the front seats. The middle and rear parts of the habitable volume are allocated for the placement of special equipment and the workplace of the system operator. So, directly behind the driver and commander, it is proposed to install a vertical partition with two monitors, to which the video signal from the means of observation is displayed. To control all systems, the operator also has several controls, including a joystick controller and a computer-type keyboard.

The operator's chair is located on the longitudinal axis of the machine. On the sides, as well as behind it, there are various racks with equipment, etc. special equipment. Almost all free volumes are allocated for equipment placement, which makes it possible to equip the Spektr mobile control system with all the necessary equipment and thus ensure sufficiently high performance. 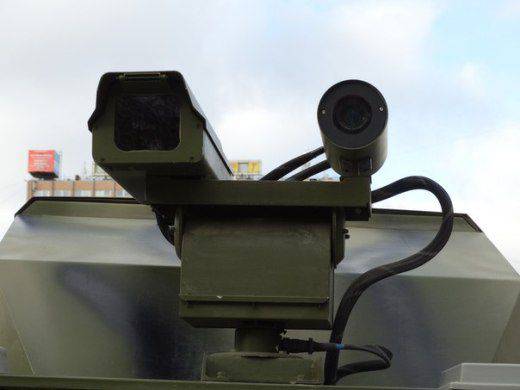 At the moment, the composition of fixed assets of the “Spectr” complex is known. The most obvious and, apparently, the main method of conducting observation of the territory is a block of optoelectronic equipment located in front of the roof. With its help, the operator can observe “direct fire” and track various objects at distances up to several kilometers. The available materials suggest that the optics unit is not equipped with any means of elevation, which may to some extent limit the effectiveness of observation, but its placement on the roof is also capable of providing a sufficiently large observation sector.

In case of finding objects of observation outside the sector of the optical unit review on the roof, the Spectrum complex is completed with several unmanned aerial vehicles. This self-propelled vehicle, among other equipment, transports (probably in a container on the roof) small-sized quad-rotor drones with remote control. With the help of pendant cameras, UAVs can monitor remote objects, thereby expanding the total area of ​​the area controlled by the Spectrum complex.

The equipment of the control complex allows the operator not only to monitor the specified area, but also to transmit data on targets to the command post and to other information consumers. To this end, the complex includes a set of data processing equipment, as well as appropriate means of communication. All this allows you to process, store and transmit information. Transmission is carried out by encrypted radio channel. 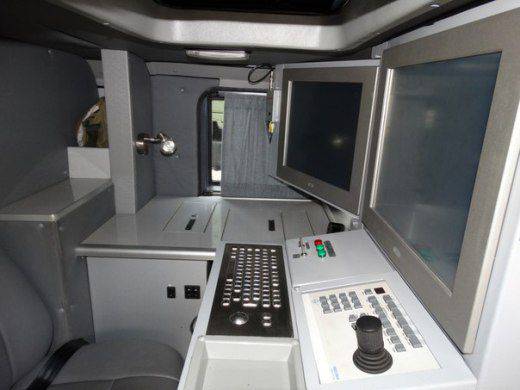 The main task of the mobile control complex "Spectrum" on the basis of the armored vehicle "Tigr" is tracking the specified territories and waters, where potentially dangerous objects may appear. With the help of existing equipment, the operator must monitor, detect targets and transfer data about them to the command. An important feature of the complex "Spectrum" is the use of chassis with high traffic. This allows you to deploy the complex in different areas, primarily where there is no possibility of installing stationary means of observation.

The prototype of the Spectrum complex was first shown in October of this year. Information on possible purchases of such equipment by the armed forces or security forces is not yet available. Perhaps in the future, such machines with special equipment will become the subject of a supply contract, but so far, as far as is known, the promising mobile control system remains only an exhibition model.