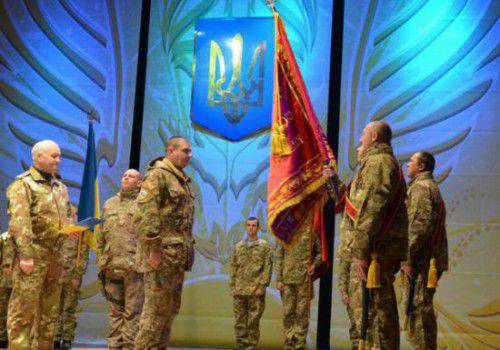 Poroshenko and his camarilla in their feverish actions to destroy the past and clean up the Ukrainian memory reached a new frontier. Renaming cities, villages, streets, destroying monuments, liquidating books and their authors is not enough for them. Former sergeant of the Soviet army Poroshenko reached the militaryhistorical the memory of the army.

From now on, the whole history of the Ukrainian army fits into several stages: descent from the Cossacks, service in the Polish registry, as part of the Austro-Hungarian army, service to the Wehrmacht and the SS and the “heroic” punitive operation against their own people. It fits into these stages, since past victories in the Soviet period were also taken away from this army.

Because they do not need the current Ukraine. In Poroshenko's entourage, they certainly understand how red the banners of nominal regiments and divisions in the neighborhood of Bandera Zhovto-Blakytnost and Bandera in American camouflage look marasmically. More ridiculous, red banners are combined with the Nazi symbols of the Ukrainian army "samizdat" in the form of all sorts of ducks, bunches and do-it-yourself ...

Decommunisators came to the Armed Forces of Ukraine, the Border Guard Service, the National Guard (created instead of the internal troops of the Ministry of Internal Affairs of Ukraine). 19 November was published presidential decree number 646 / 2015, providing for the exclusion from the names of military units references to the Soviet orders, honorary names. The names of the orders of Kutuzov, Suvorov, Red Banner, Red Star, October Revolution, Bogdan Khmelnitsky ... are removed from their official honorary names ...

More than 80 military units, subunits and institutions took the names of Nakhimov, Alexander Nevsky, as well as honorary names that were obtained for victories in the Great Patriotic War, for operations in Hungary 1956, Czechoslovakia 1968, in Afghanistan.

Read into the list of items that delete from the history of parts and divisions.

Surprisingly, another Guards title was left (on what grounds?). Left several divisions name "Sevastopol." Here the logic is clear, however, Geletey is already gone, who promised a parade of victory in Sevastopol ...

And Ivan Kozhedub, Alexander Pokryshkin and Sergey Korolev were lucky, whose names were also left to the units and institutions. Until.

The names of Peter Franco, Vasily Petrov (not mentioning that he is twice Hero of the Soviet Union) were left.

There are units, divisions, and institutions that have left “Ukrainian names” - the names of Danylo Galitsky, Peter Sagaidachny, Ivan Vyhovsky, and also Igor Momont who died in the course of “ATO”.

It would be logical if only the names of "Ukrainian heroes" were left. But who can now explain the logic of those involved in the creation of (state-building)?

With a stroke of a pen, the army loses its real military glory, remaining only a tool for the extermination of the civilian population and the militias of Donbass. Stars changed to Galician quadrangles, conscience - to the hryvnia, now the history of their parts change to unconsciousness.

It is curious where the red banners of combat units will go? They will not be taken to museums - UINP will not allow. Is that in the museum of totalitarianism and the Soviet occupation dragged? But then the question arises: who liberated the USSR, the USSR and the countries of Europe during the Great Patriotic and World War II?

On the other hand, do the Armed Forces of Ukraine, the Border Guard Service, the National Guard, need these banners, these orders and these heroic names?

Practically all of the Ukrainian army lost all the combat exploits of their ancestors and their fellow soldiers from the past, killing their fellow citizens, shooting children and old people. Do punitive need banners and orders of the past?

So, maybe Poroshenko is right to deprive the punitive regiments of orders and names, castrating their fame?

Take, say, Ukrainian Aviation (now the former 114th Tallinn Order of the Red Banner Brigade, the 204th Sevastopol Tactical Aviation Brigade) that bombed the residential neighborhoods of Lugansk, Donetsk, Enakievo. After their missiles tore apart the kids, the officers could shoot, but they, like Colonel Andrei Fandeev, for example, proudly screw the Poroshenko Branzlet into their uniforms. 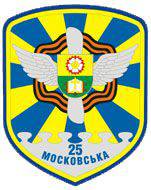 It is surprising that after the losses, enormous for aviation, these units Poroshenko did not deprive the ranks of the Guards.

Now on the ground. 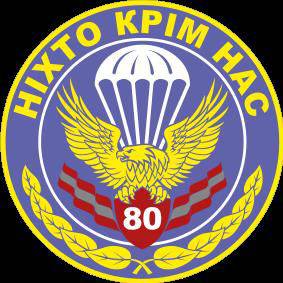 The 80-I of the Red Star Airborne detachment of the brigade (commander Colonel A. Kovalchuk), based in Lviv, not only “became famous” for their exploits against the old women of Sukhodolsk, but also by joint operations with the Aydar battalions and the Zholobandera army Kolomoi. By the way, the militia beat them about. 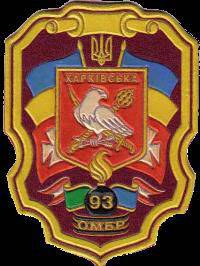 The 93-th detached Guards Mechanized Kharkiv brigade of the Order of the Red Banner, the Order of Suvorov and Kutuzov was marked by bloody traces in Selidovo, Karlovka, Pervomaisk, Avdiivka and Pesky. This is their commander Colonel Mikats disgraced Givi. 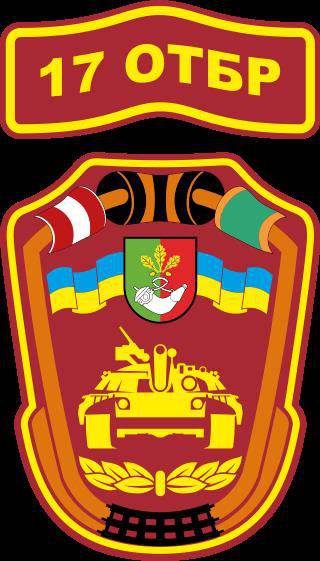 17th Separate Guards tank Kryvyi Rih of the Orders of the Red Banner and Suvorov brigade fought in the village of Lugansk and near Donetsk. It is they who call themselves "cyborgs." Why do cyborgs have Soviet orders? 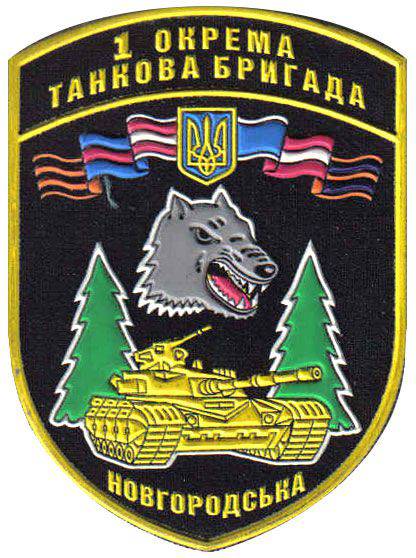 1-I separate guards tank Novgorod orders of the Red Banner, Kutuzov, Bohdan Khmelnitsky, Alexander Nevsky, the brigade managed to war almost all Donbas directions. And there was a bit too.

The 30-I separate Guards Mechanized Novograd-Volyn Rivne Order of the Red Banner and Suvorov Brigade was formed in Samarkand as the 83-I Cavalry Division. Famous on the fronts of the Great Patriotic War and disgraced in the Donbas. This brigade destroyed the Saur-Grave, destroyed Kramatorsk. This brigade was defeated in Debaltseve. 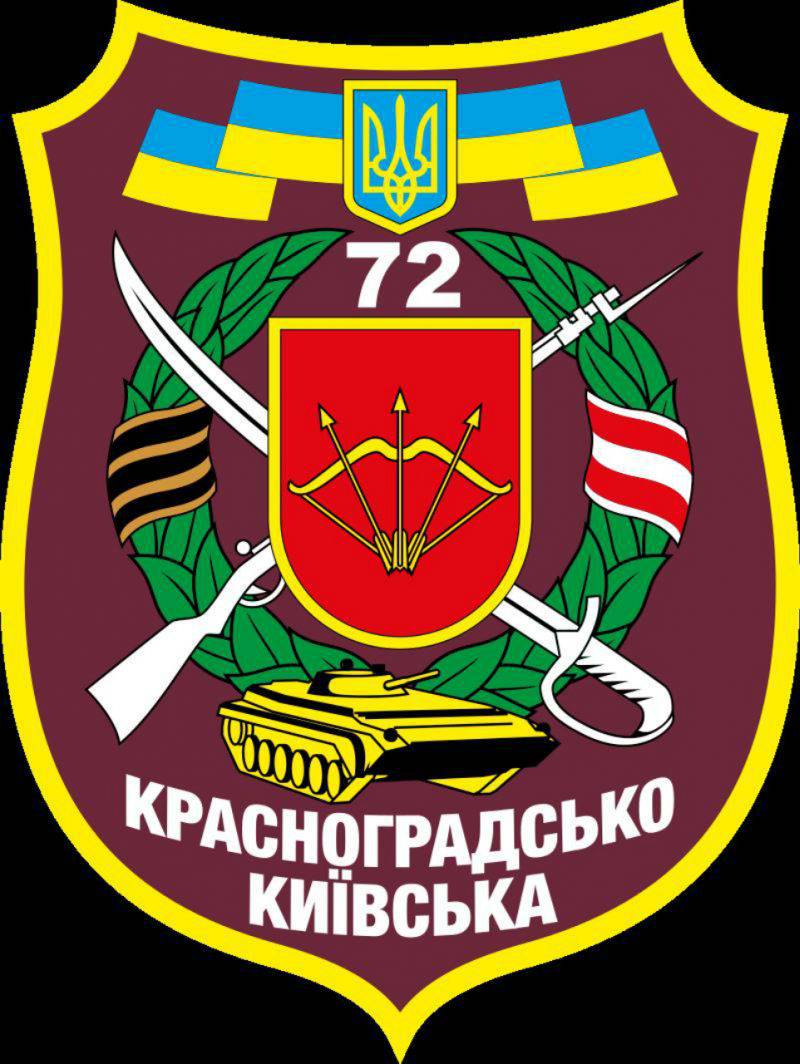 A similar fate, only in Zelenopole, was waiting for the 72-th separate Guards Mechanized Krasnograd-Kiev Brigade of the Order of the Red Banner (commander Colonel A. N. Grishchenko). 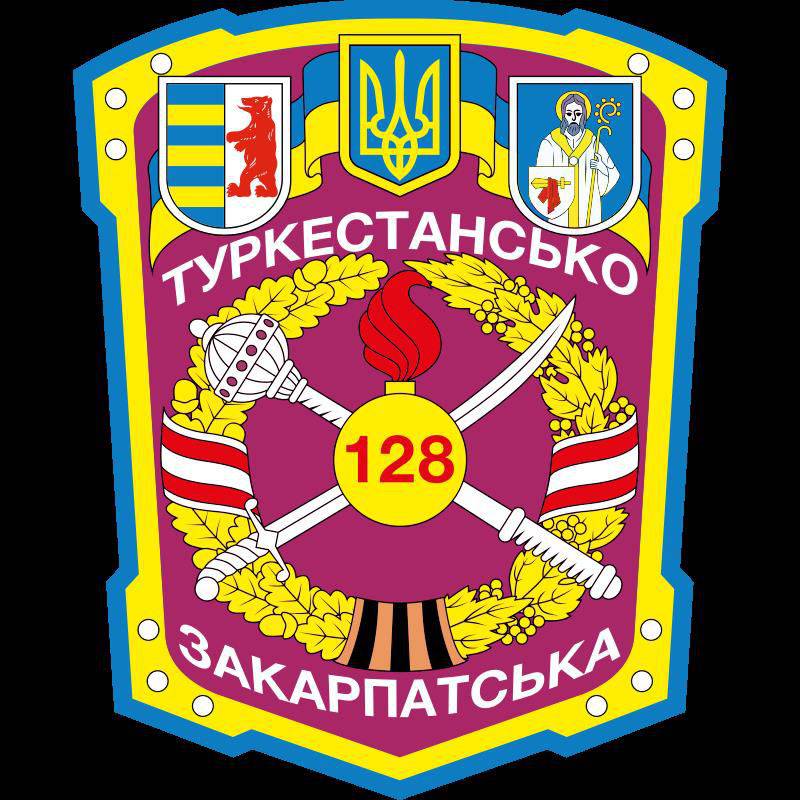 Back in 1918, the legendary Guy Guy Iron Division was created. Her combat path is the history of the Soviet army. After 1991, the division remained on the territory of Ukraine, the 24 separate mechanized Samara-Ulyanovsk, Berdichev, Iron Orders of the October Revolution, Suvorov, Bogdan Khmelnitsky, three times of the Order of the Red Banner named after Prince Daniil of the Galician Brigade formed from it. This team cleared Slavyansk, Krasny Liman, Yampol. By the way, also suffered heavy losses.

Ukrainian artillerymen are a special topic, because on their hands there are rivers of blood of unfortunate residents of Donetsk and Lugansk cities.

The Grad rocket launchers, the Tochka-U rocket launcher, the Msta, Hyacinthus, and Astra artillery systems, at the command of Ukrainian commanders, generously bombarded their fellow citizens with deadly metal and phosphorous shells. 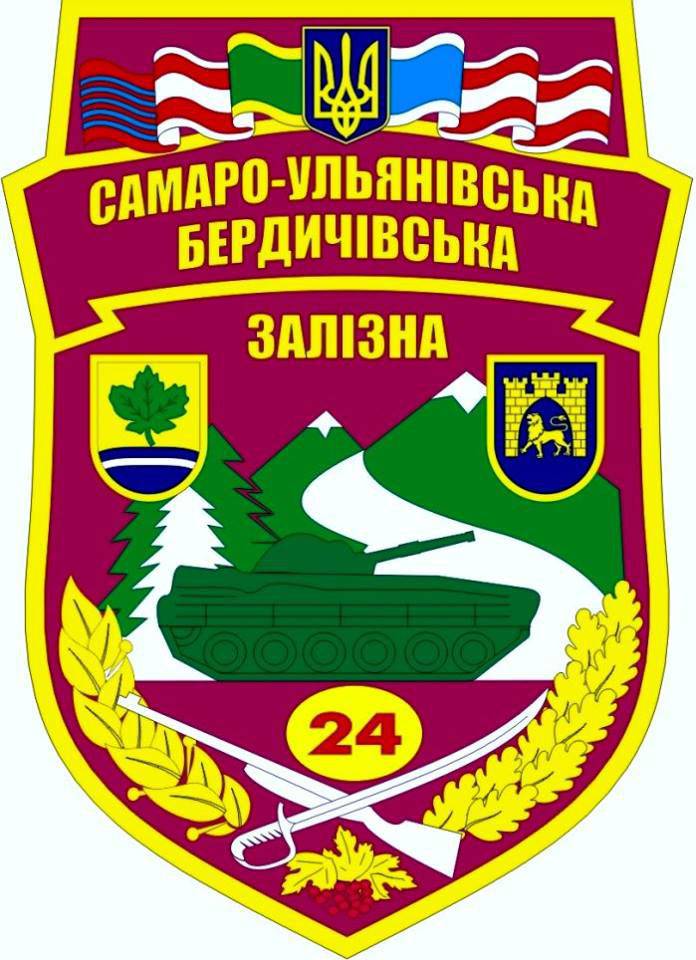 At one time, the 128-I separate Guards mountain-rifle Turkestan-Transcarpathian twice brigade of the Order of the Red Star was considered the pride and elite of the USSR Armed Forces. At one time, during the USSR, she effectively participated in almost many military operations, in which real heroes served. Now she is known for her inglorious capitulation to Debaltseve, which in Poroshenko’s headquarters is considered to be a kind of special “victory”. And still the mountain shooters from the Carpathian woodes were noted in the Donbass by merciless looting, like, in fact, motorized infantry, and "aeromobiles".

And of course, the deprivation of the order and the honorary unification earned Poroshenko a separate Kiev Order of the Red Banner presidential regiment (formed at one time in Moscow as the 290 th motorized rifle regiment of the USSR internal troops).

The regiment was renamed for the second time, for, ironically, since September 1943, it has been called Novorossiysk. And it looked already trolling!

By the way, in such a speedy pursuit of cancellations and renames, sooner or later, units and subunits of the current Ukrainian army will have to abandon their guards titles, St. George ribbons, which are found on almost all chevrons. And then from the vests, krapov and blue berets - because it is the property of another army and another memory.

This is in the event that HISTORY does not render a different verdict both to the state and its army, letting them away from the colonial administration and the nationalistic policy of Kiev.

Ctrl Enter
Noticed oshЫbku Highlight text and press. Ctrl + Enter
We are
Army "Isthmus". What are the armed forces of Central AmericaHistory of the Bulgarian Air Force. Part of 3. Postwar period and modernity
Military Reviewin Yandex News
Military Reviewin Google News
69 comments
Information
Dear reader, to leave comments on the publication, you must to register.