Judges help! We want to join the army!

November 16 2015
66
Indeed, strange things happen in the Krasnoyarsk Territory. Statements from Krasnoyarsk and other cities who want to challenge and reclaim the opportunity to complete military service in the army go to the courts of the region. 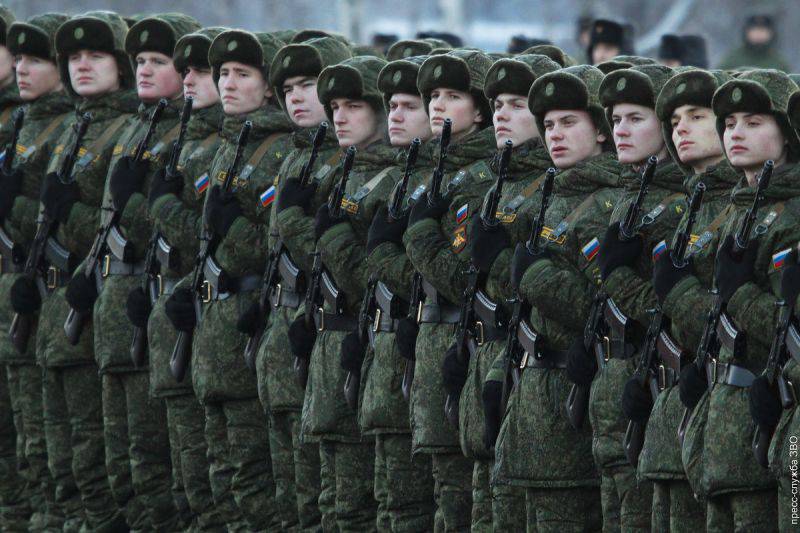 Apparently, the Krasnoyarsk military registration and enlistment offices are too strict in their selection of candidates for the service. Or is it something else? Many journalists, including representatives of the Interfax-Siberia agency, understood.

According to statistics, over the past year in the region passed about 200 such vessels. This year, 85 similar claims are pending in the region. Such a desire to go through military service, most likely, is connected not with the increased patriotism of Krasnoyarsk citizens, but with the desire of young people to get a prestigious job.

"Those who had previously proved their inability to serve in the army for various reasons are now trying to prove the opposite in court. They claim that at one time the draft commission transferred them to the reserve, it was wrong and did not fully appreciate their capabilities, and accordingly now you need to return from the reserve ", - said the military commissar of the Krasnoyarsk Territory Andrei Lysenko.

"According to the current legislation, a person who has not served in the army cannot get a job in state authorities. In addition, many social activists who are planning to develop their political career are also in need of a military ID. In my country, I think everything goes to the fact that a person who does not feel responsibility for his state, who is not ready to defend it, cannot be in any management structures. "

Commissar Lysenko knows what he is talking about. All dissatisfied with the present state of affairs of the "rogue" in the military registration and enlistment offices know.

True, there has not yet been a case for the court to recognize the plaintiff’s right to return from the reserve and complete active service. There is no legal basis for this yet. The law on military service clearly specifies that a citizen of Russia who has been discharged as a reserve can be called up in two cases: mobilization if necessary or for military training.

So it turns out that the young people who had successfully “retreated”, having graduated from educational institutions, found out that the road was ordered to them for public service. An unpleasant surprise, however. In fact, under article 65 of the Labor Code of the Russian Federation, a military ID in our country is required for employment not only for public service, but for any other work. And at any "skewed" he has on hand. However, if they take on a “other” job without problems, then here in the authorities or other “decent” places - alas.

In accordance with paragraph 11 16 of Article 79 of a federal law, a citizen cannot be accepted into civil service if he is recognized as not having completed military service by conscription, without legal grounds in accordance with the opinion of the draft board. That is, if a person did not go to the army for health reasons and he has a “white ticket” in his hands, there is nothing to do in the power structures. But you want ...

According to the military commissar Lysenko, over the past few years the number of draft dodgers in the region has noticeably decreased.

"Now, first of all, those guys who left the Krasnoyarsk Territory, but did not withdraw from military registration, so we have to look for them. It even happens that we are looking for a person here, and they call him in another subject. I think a couple more years, and the problem of draft dodgers will disappear ", - concluded the representative of the Krasnoyarsk military registration and enlistment office.

The fact that the number of draft dodgers in our country is becoming less and less from year to year was also noted by the head of the supervision of the Chief Military Prosecutor’s Office (PRT), Major General of Justice Alexander Nikitin.

"The number of draft dodgers is constantly decreasing. If during the autumn 2014 draft of the year more than 6 thousand 100 people were recognized as draft dodgers, then in the spring 2015 call of the year there were only 3 thousand 869 people - the number decreased by 36% in half a year," press conference representative office.

According to Nikitin, this trend is connected, firstly, with a reduction in service life, and secondly, with more favorable conditions in the army.

“People see it, and fewer than those who want to avoid service in this way,” he explained, recalling that the criminal penalty for evading service is two years ’imprisonment, while the term of service itself is one year.

What did you live, dear? At this rate, the "mean" rich will pay twice for their children: not to go to the army, and to write what they were in the army. And what about the business? Go to serve a year ...

By the way, in my environment, where there is enough youth, the moans of "time wasted aimlessly" are almost no longer heard. Of course, there are also those who have stitched, but only a few. But, of course, it’s up to that to go to court demanding to recognize him healthy and send to serve - they haven’t reached it yet. But maybe still ahead?

I do not want to wish Krasnoyarsk seekers a good and tasty life of good luck. Because everything has its time. It is a pity, I am far from Krasnoyarsk, otherwise I would love to admire overgrown young plants who want to get into the public service by hook or by crook. Though through the court. No, dear, you write at night - write on.

Ctrl Enter
Noticed oshЫbku Highlight text and press. Ctrl + Enter
We are
An autumn draft campaign started in Russia. Call features in 2015 yearDo not want to serve - pay to the treasury!
66 comments
Information
Dear reader, to leave comments on the publication, you must to register.