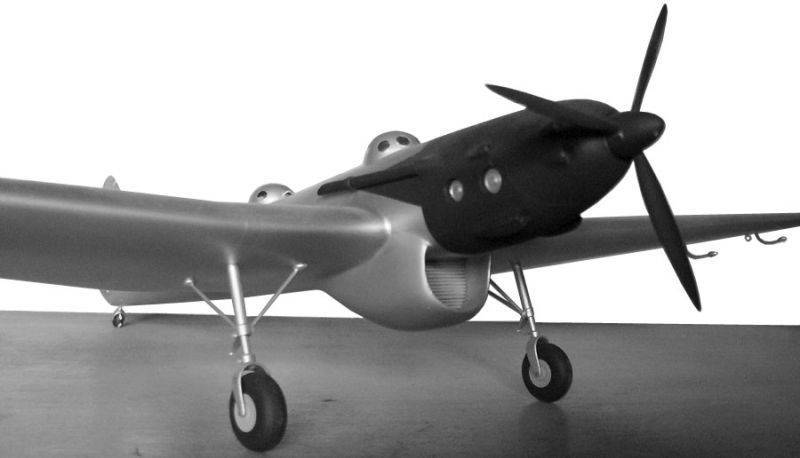 October 23 1939 of the year (according to other data - October 17) for the first time took off BOC-15 - one of the most mysterious aircraft in the world stories. So far, no drawings or photographs of this machine have been found, and the textual information about it is very fragmentary and contradictory.
It is known that BOK-15 was built in 1938-39 according to the design of aircraft designer Vladimir Chizhevsky in order to return to the Soviet Union the world record of flight range set in 1937 by the crew of Mikhail Gromov on the ANT-25 aircraft, but already next year beaten by English pilots Vickers Wellesley plane.
According to calculations, the aircraft, built on the aerodynamic design of the ANT-25, but still capable of flying in the stratosphere and equipped with a diesel engine, could, without landing to refuel, overcome the distance in 25 thousands of kilometers. This allowed Valery Chkalov’s dream of a non-stop circling of the globe to be realized, though not at the equator, but at about the latitude of Moscow.

But in this case, a similar achievement in 30-s looked phenomenal, because the Wellesley record was only 11500 kilometers, that is, almost two and a half times less. However, the development and construction of such a machine were associated with enormous difficulties. A long stratospheric flight requires a pressurized cabin, as well as a special high-altitude turbocharged engine. Neither the one nor the other in the USSR have not yet been released, there were only undiscovered prototypes.
However, the goal was set, and its achievement was entrusted to employees of the Special Structures Bureau (BOC) of the Central Aerohydrodynamic Institute. The work itself is complex, and was considerably complicated by the fact that in 1937-38 a wave of arrests swept through TsAGI, which seriously weakened its design team.
However, BOC managed to complete the project and get it approved, and at the end of 1938, under the supervision of Chizhevsky, the assembly of a unique machine began at the Smolensk aircraft plant. However, in February 1939-th Chizhevsky was also arrested, and the completion of the BOK-15 was supervised by someone else, whose name the story did not preserve.
In the spring of the same year, preparations began for a record flight of two crews: the main one - under the command of the commander Gromov, and the backup one - under the direction of Colonel Baidukov. For training, the aircraft was used BOK-7 - a machine similar to the BOK-15, but earlier. Initially, the AM-34FRN carburetor engine stood on it, but in 1938 it was replaced with the AN-1РТК diesel engine with two turbo-compressors, the same one that was supposed to be installed on the WX-15. Externally, the "diesel" BOK-7 differed from the BOK-15 non-retractable landing gear.
October 9 BOK-15 rolled out of the assembly shop, and after a series of runs on the airfield, he flew into the air. Unfortunately, the flight test report also disappeared somewhere. Neither their results, nor even the approximate completion date are known.
There is only information that flying at high altitudes revealed a problem - an extremely high consumption of engine oil, which in a rarefied atmosphere was leaking through the bearings and seals of the engine. In addition, the turbochargers worked unreliably and often failed, and in a round-the-world flight the power plant required to operate continuously and without interruption for at least three days.
Apparently, these problems could not be solved in a short time, and interest in the car soon disappeared. In the conditions of the outbreak of the Second World War, the country was not up to the records, completely different tasks came to the fore. Presumably, in 1940, the WOC-15 program was postponed indefinitely, and after the war it was never returned. And the first round-the-world flight without refueling in the air was made only after almost half a century, in 1986, not by a Soviet car, but by an American designer Bert Rutan's Voyager aircraft.
After the completion of the tests, the BOK-15 stood for some time at the aerodrome of the Flight Test Institute in Zhukovsky. In July, 1941, due to the threat of German airstrikes, he was overtaken to Kazan, where traces of the aircraft are lost. Obviously, during the war or shortly after it the failed record holder was dismantled for scrap.
And on the screen saver - the poster scale model WOC-7, made from photographs by Mikhail Maslov.

BOCK-1 is the first Soviet high-altitude aircraft with a multi-seat pressurized cabin. Its further development was BOK-7 and BOK-15.

WALK-7 at LII airfield in summer of 1940. Pay attention to the planes standing in the background. These are Heinkel Non-100 fighters, Messerschmitt Bf-109 fighters purchased from Germany and tested by us, and Bükker Jungmann training biplane. 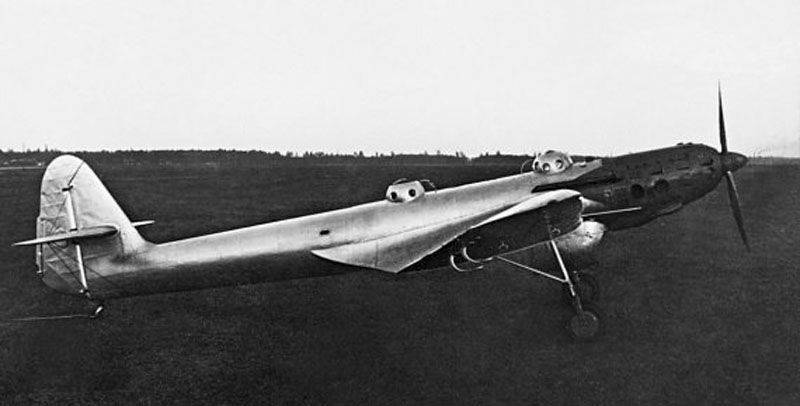 BOK-7, shot in 1939 year. The characteristic hemispherical domes of the pressurized cabin with small round portholes, through which there is little to see, are well visible, and therefore landing on this machine was a very risky business. 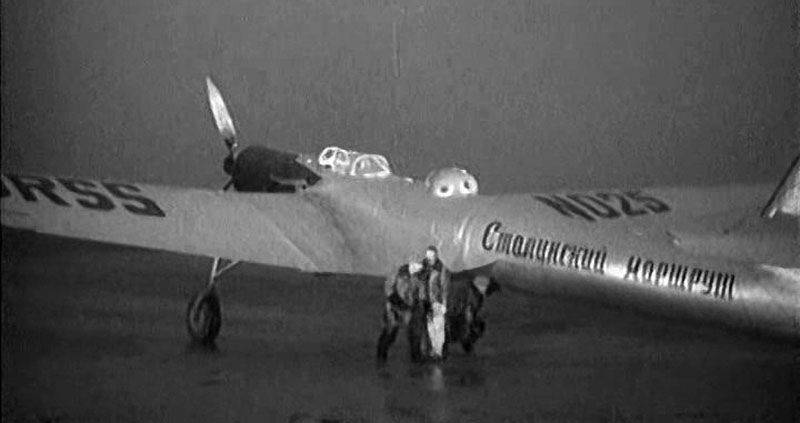 In 1940, BOK-7 played the role of ANT-25 “The Stalin Route” in the film “Valery Chkalov”. When shooting, the cabin was not activated, and its front cap was replaced with a regular transparent lantern with a normal view. 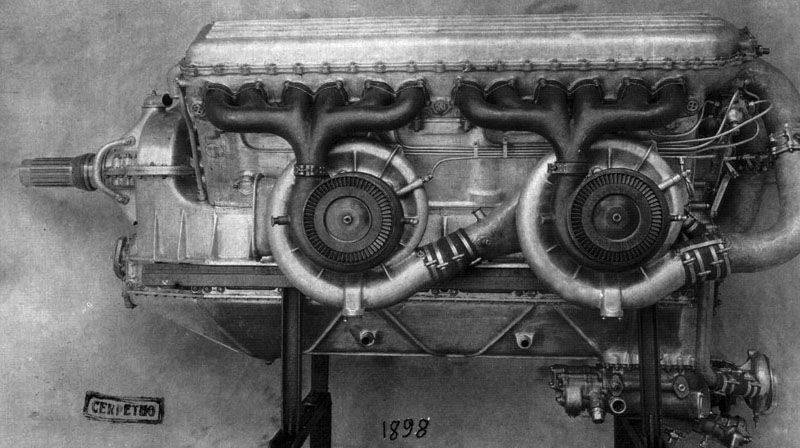