The most "savage" weapons of the Syrian army

October 25 2015
278
Do you think that the most terrible, in the opinion of the Americans, is in the arsenals of the Syrian government forces? No, these are not Smerch and Hurricane multiple rocket launchers. Non-rocket complexes "Tochka" and heavy flame-throwing systems "Solntsepek". And, of course, not armored vehicles with artillery. Western propaganda is mostly silent about them. The Western public and, personally, US President Obama are very concerned about the use of the most "savage", in their opinion, kind weapons - hand-made so-called "barrel" or "barrel-bombs". 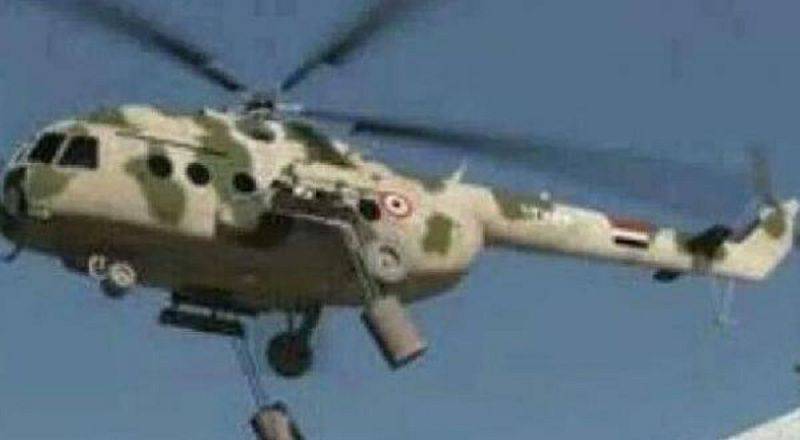 This photo has become a favorite illustration of materials about "barrel" bombs.
Say, the villains of Assad in some secret workshops stuffed barrels of gasoline under the trotyl and striking elements, and then, hanging them under the helicopters, dropped on the heads of unsuspecting civilians.

For many westerners and politicians, these “barrel” bombs have become much more dangerous than chemical weapons (which were destroyed in Syria thanks to our country) and the ISIL and Al Qaeda, which were banned in Russia, put together. Promotion of the topic with this sinister weapon took place according to all the rules of military propaganda. One has only to recall the campaign to demonize the actions of the Soviet troops in Afghanistan. Many tricks, by the way, resemble those that are currently used. For example, the myth of the toy mines, which the Soviet troops "scattered in large numbers near the villages to kill children." Of course, these facts were not really confirmed by anything, there were no real toy bombs. But how many then talked about it. The same with the use of chemical warfare agents, no real facts and rivers of lies.

Later, after the Iraqi invasion of Kuwait and to justify the intervention in the region, the Western media described the "atrocities" of the invaders. Many people remember absolutely terrible history that the soldiers of the Baghdad dictator killed premature babies in Kuwaiti maternity hospitals, throwing them out of special containers. As it turned out, this chilling story is entirely invented by American PR people. And statements about chemical weapons in Iraq? From him "freedom-loving nations" led by the United States saved the world. And where are these stocks of agents? Also a lie from start to finish. 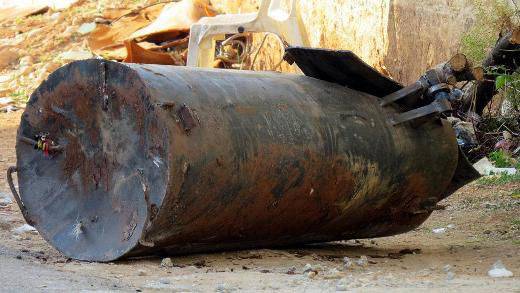 In the majority of photographic materials about barrel bombs, for some reason they do not explode, but lie and wait for foreign correspondents to take pictures of them.
And how demonized the population of an entire Balkan country - Yugoslavia. Serbs were killed not only by NATO bombs, but also falsified and completely Nazi, by definition, by polls in which Western propagandists tried to prove that in intellectual development Serbs are "the most backward in Europe." Fortunately, "in enlightened Europe" it did not come to measuring the shape of skulls and other things, which was practiced in Germany during the Third Reich.

You can also recall the abominable behavior of Western propaganda during the events in South Ossetia in August 2008, as well as the situation in the Donbas.

Finally, the events in Libya and Syria. The once-prosperous country of Libya, which has broken apart, was also subjected to monstrous defamation — a real informational aggression. And, as it turned out, much that was attributed to the regime of the deceased colonel was invented from beginning to end. We see all this in Syria: informational stuffing by various bloggers, London’s “human rights observatories” and professional human rights defenders. 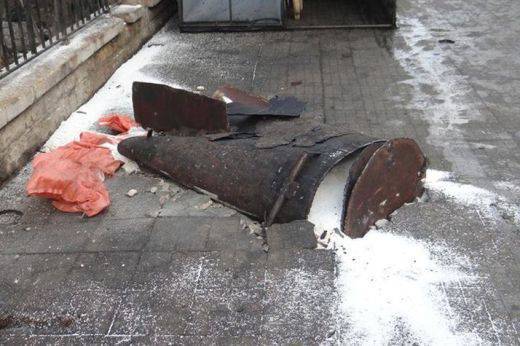 And this “bomb” of the villains - the asadists stuffed with some white powder (where are the destructive elements that they talk about so much?) And dropped it so that to be substituted again. By the way, why in many photos of these bombs with 200 kg of TNT from a strike on the ground just stomps, and does not tear to shreds?
Returning to the notorious barrel bombs. If you look completely unbiased, you can understand that we are dealing with an organized campaign. In fact, analyzing the photo and video materials posted on the Web, one can understand that these are fakes, many of which are concocted very roughly and designed for people who are absolutely not trying to analyze what they are shoving. We can confidently say that it will take some time, and we, as has repeatedly happened, will find out who organized all this, distributed and financed all this.