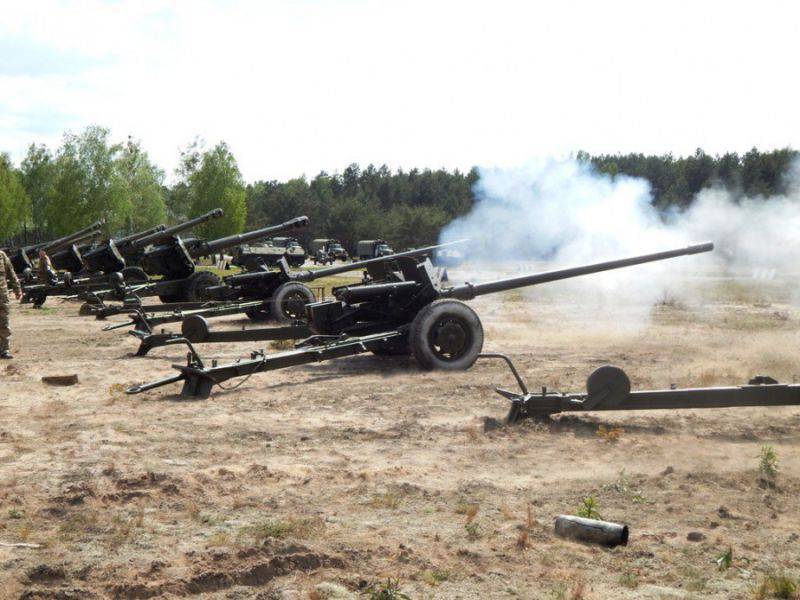 An old proverb says that if a gun hangs on the stage in the first act, then it must shoot during the performance.

In the military theater of the absurd, proudly referred to as the APU, the performance continues.

We have already written about the "newest light evacuation helicopter" LEV-1, bungled from "Bell-47" and the engine for the Mi-2. We also paid attention to the "new light attack helicopter" Mi-2MSB. All this, whatever one may say, but necromancy is the purest water. I would not have got into such a museum option, even if I paid in dollars, and not in hryvnias. Purely due to a well-developed self-preservation instinct.

But there are shifts in the affairs of the ground. In Rovenky, Ukrainian workers return to artillery at an accelerated pace. We are talking about the anti-tank guns MT-12 "Rapier" and howitzers D-20.

Of course, bezrybe and cancer - quite a sturgeon. But not to the same extent ...

At one time, these guns were confident weapons in class. The only thing that strains is the fact that “time” for these guns was when I was not even in the project. In the distant sixties.

And now - I do not know what to call it, obviously not reincarnation. Rather, it is necromancy of the purest water. Fortunately, the number of these guns in Ukraine is measured not even by the dozens, but by the hundreds. And here workers of military dumps return them to a working condition. 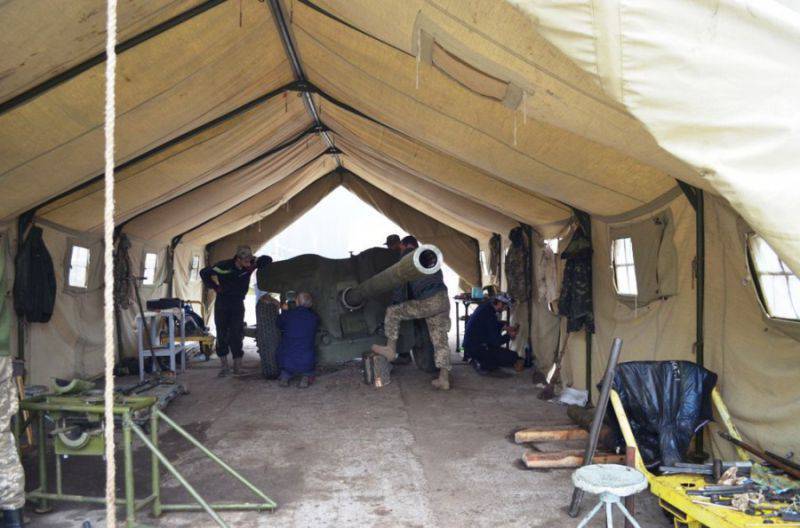 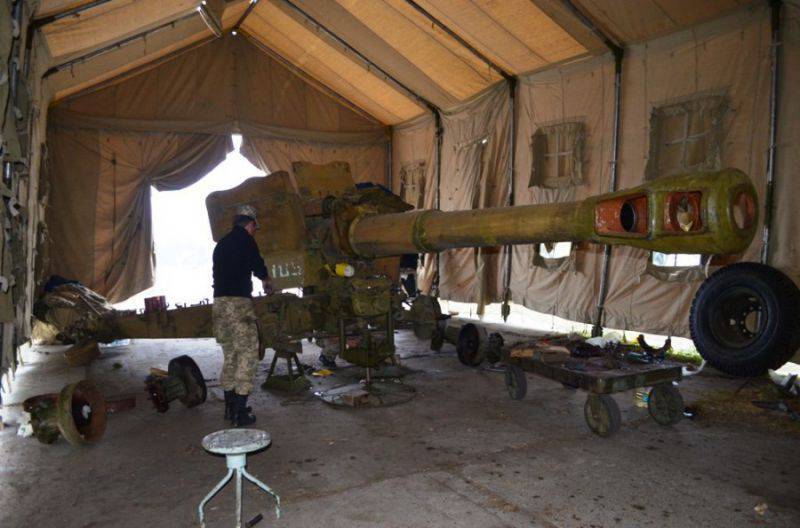 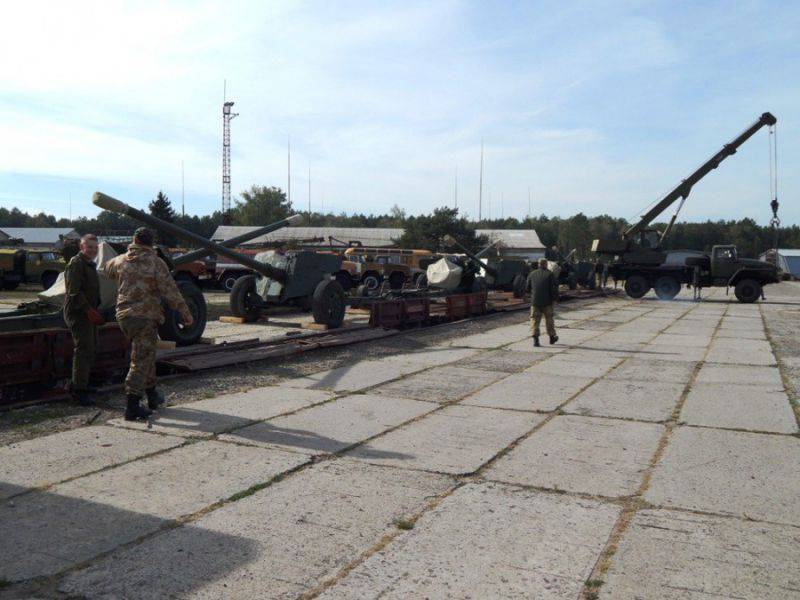 There is no doubt that all the equipment made in the USSR was created with such a safety margin that some 50 years are nonsense for Rapier. Most likely, the majority of these guns will be brought to combat readiness.

There is, however, a question: why?

It seems to be the Minsk agreement extended. It seems to be withdrawn not only weapons over 120 mm, but smaller calibers. So MT-12 with its 100 mm also goes there. Then why all this? Whom will we be friends from "Rapier"?

Against the armored hordes LDNR? Hmm ... and they are? Against Russian armadas? Well, "Rapier" is already purely for T-72B3, for T-90 we are just silent.

It looks weird, to be honest. APU trying to arm, but for what? And why exactly this way? It is clear that it is necessary cheaper, but the question of efficiency is also not the last.

C D-20 is more or less clear. Spit 152-mm projectile in the direction of the city, it can. And, most likely, the city will fall. The target is big. But for more ... hardly.

There is, of course, the opinion that gentlemen, the Ukrainians have not been able to start producing normal gun barrels. And this necromancy is an attempt to replace the tools worn out during the ATO into the trash. But replacing one trash with another is a dubious act.

So we will soon be able to see a picture similar to the one that the militia issued in the first days, when it launched the "thirty-four" and Isa. But by the APU. Seeing the ZIS-3 in the positions under the Sands will be quite epic. That's just the problem will not solve.

We are in Yandex Zen
PLA Navy Opportunities to Combat Carrier Strike Groups. Part 2
Country 404. About the Navy, marines, glory in general and Peremog in particular
78 comments
Information
Dear reader, to leave comments on the publication, you must to register.