October 20 2015
16
One of the most popular types of armored vehicles in the Russian army is the infantry fighting vehicle BMP-3. Production of this technology started in the late eighties, and since then the armed forces have received several hundred of these machines. BMP-3 can not be called a new machine, but it is still of interest to the general public. The recent exhibition "Innovation Day of the Southern Military District" reaffirmed this.


The main task of the infantry fighting vehicle BMP-3 is to transport personnel and provide fire support during the battle. For this technique has armor that protects the crew and landing from small weapons and small-caliber artillery, as well as a complex armament, which includes several types of weapons. All this allows with high efficiency to solve various problems in different conditions.

To protect against shelling, the machine is equipped with spaced armor based on aluminum and steel sheets. This design holds bullets of small arms during shelling from any angle. Frontal projection is protected from projectiles 30-mm automatic guns. Previously proposed projects equipping BMP-3 systems of dynamic and active protection. 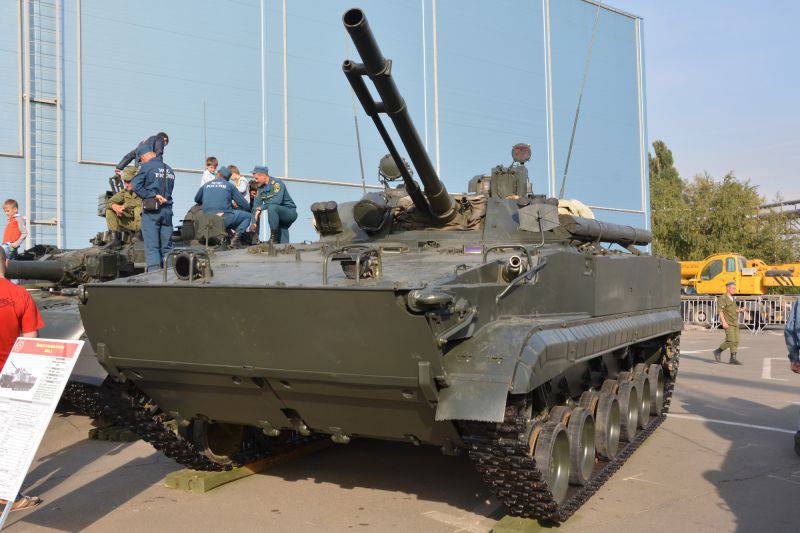 In the tower of the combat vehicle set of various weapons. "Main caliber" - gun launcher 2А70 caliber 100 mm. This weapon allows you to attack targets with the help of several types of projectiles, and can also be used to launch guided missiles. The standard gun ammunition includes 40 shots of various types and 8 guided missiles.

The 2-mm 70-30 automatic cannon is mounted on the same installation with the 2А72. With this weapon, it is proposed to destroy unprotected or lightly armored vehicles, as well as manpower: purposes for which the power of the 2А70 cannon is excessive. A PKT machine gun paired with guns can also be used to attack unprotected targets.

Additional armament consists of several smoke grenade launchers on the turret and two PKT machine guns in the nose installations of the hull. With their help, it is proposed to bombard manpower in the sector in front of the car.

The BMP-3 is equipped with a UTD-29 diesel engine with 450 horsepower. With a combat weight of the vehicle at the level of 18,7, this engine allows speeding up to 70 km / h on the highway. In addition, water jet propulsion is provided for movement on water. These devices accelerate the car to 10 km / h.

The crew of an infantry vehicle consists of three people: a driver, a commander, and a gunner operator. The first is located in front of the case, in the center, the other two - in the tower. The landing sites are distributed over the entire habitable volume of the hull. Two of them are located in the front of the case, on the sides of the driver. The paratroopers on these seats also control the course guns. Two more seats are mounted behind the crew compartment, at the sides of the hull. On the rear wall of the habitable compartment are mounted three main and two additional seats.

Due to the stern location of the engine, landing is dismounted through two special tunnels in the rear of the vehicle. For the landing, their upper covers are raised, and the doors of the stern sheet open. When disembarking paratroopers protects the tower, raised top covers and aft doors.

On the basis of the BMP-3 were developed several types of vehicles for other purposes. Based on a successful tracked chassis, the BRM-3K “Lynx” combat reconnaissance vehicle, the 2СXNNXX “Vienna” self-propelled artillery gun, the BREM-L repair and recovery vehicle and other equipment, both serial and experienced, were built. At the recent exhibition Russia Arms Expo 31, two versions of the modernization of the BMP-2015 were presented under the names “Derivation” and “Dragoon”. The first project involves the use of the combat module AU-3M with 220-mm automatic cannon. The purpose of the second was to change the layout of the machine with the transfer of the engine in the front of the case.

Currently, the armed forces have several hundred infantry fighting vehicles BMP-3 and other equipment based on them. In addition, a large number of similar machines were purchased by foreign armies. The operation of this technology continues, and will last at least a few more years.

The infantry fighting vehicle BMP-3 is not a novelty, but, as before, attracts the attention of the public. A sample of such an armored vehicle was demonstrated at the Innovation Day of the Southern Military District exhibition. We present a photoreview of this car. 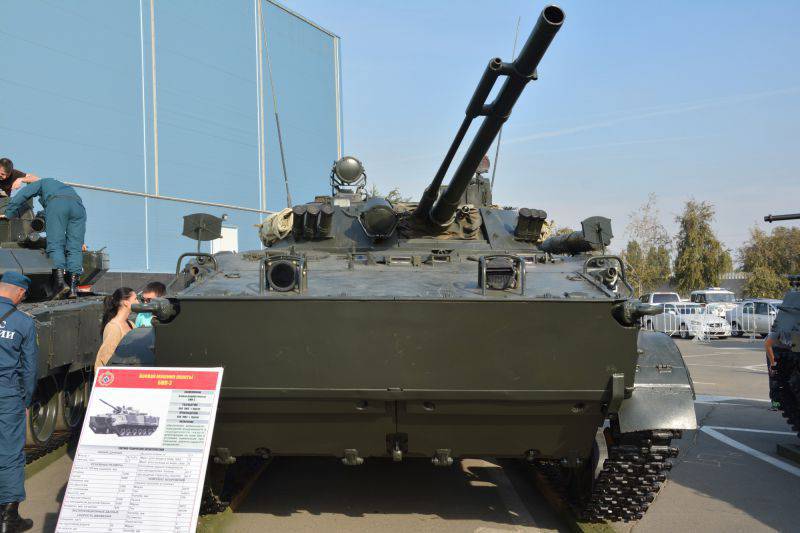 General view of the BMP-3 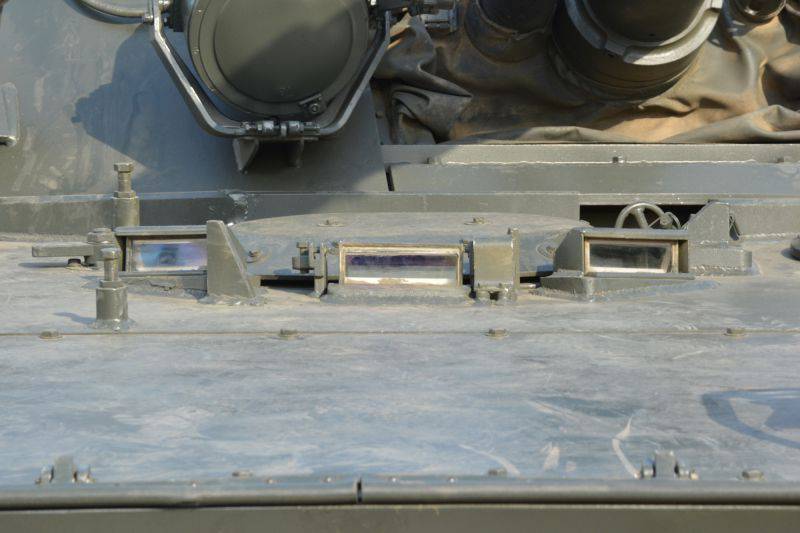 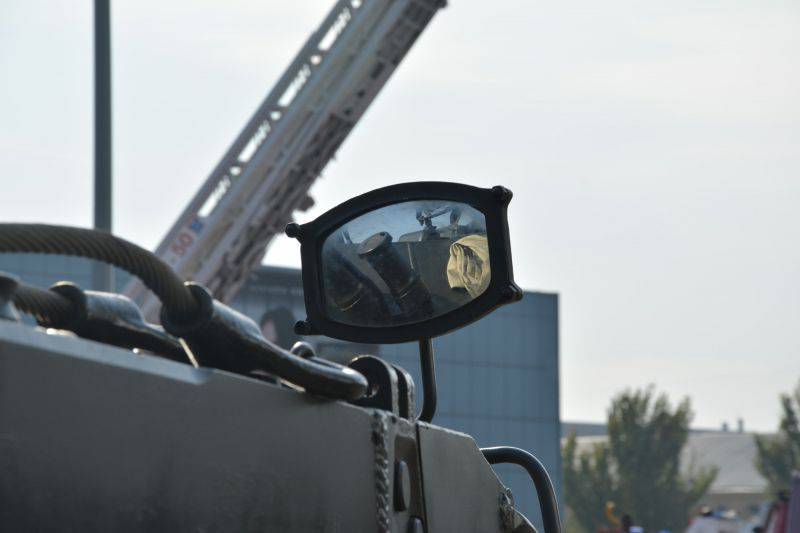 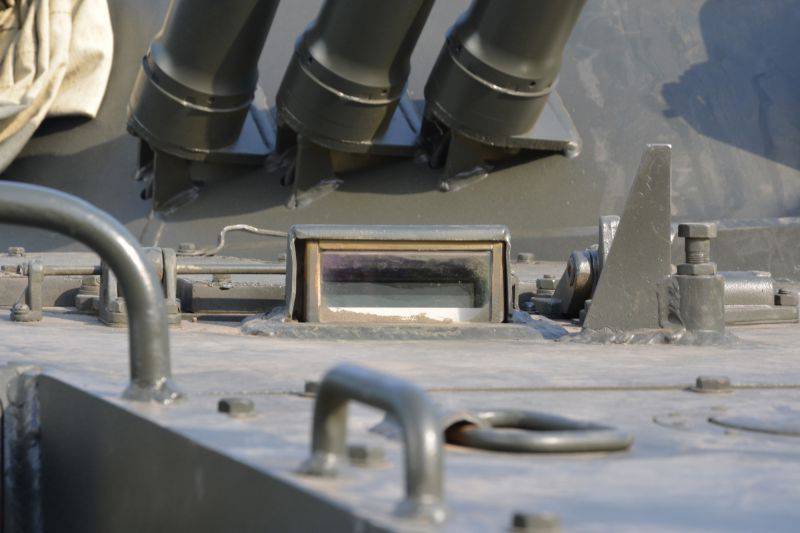 The hatch and periscope of the right place of the paratrooper 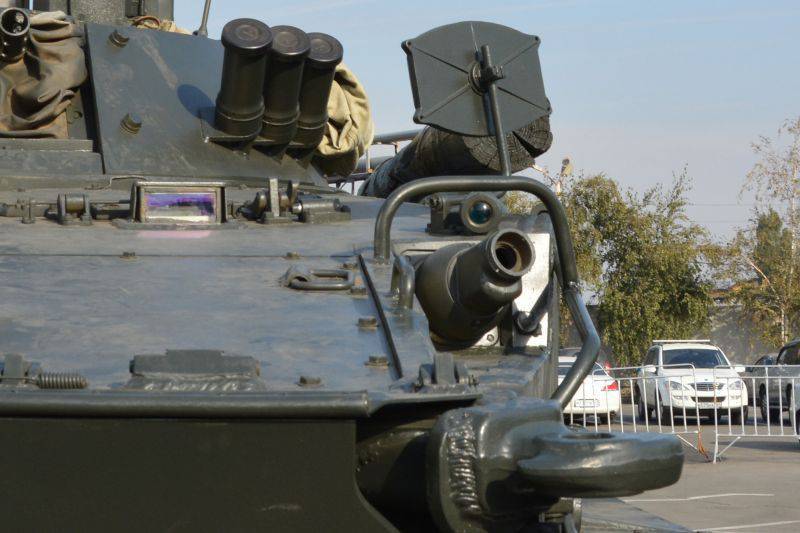 Place the paratrooper to the left of the driver 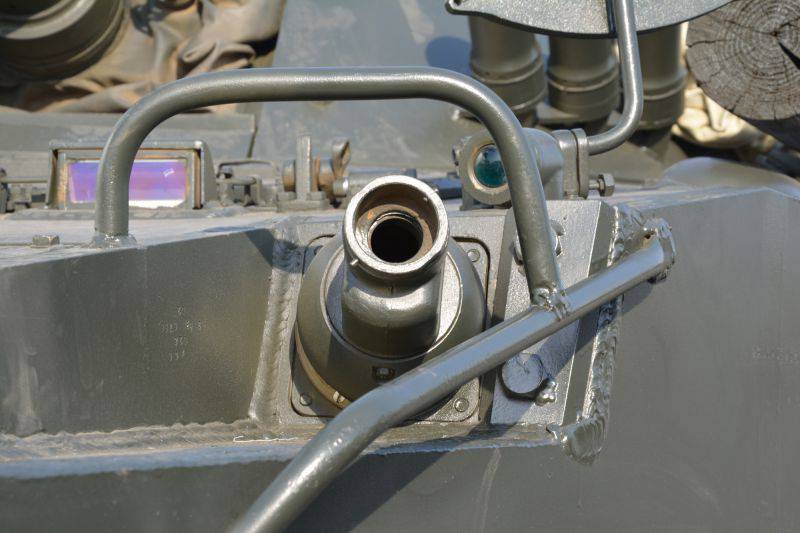 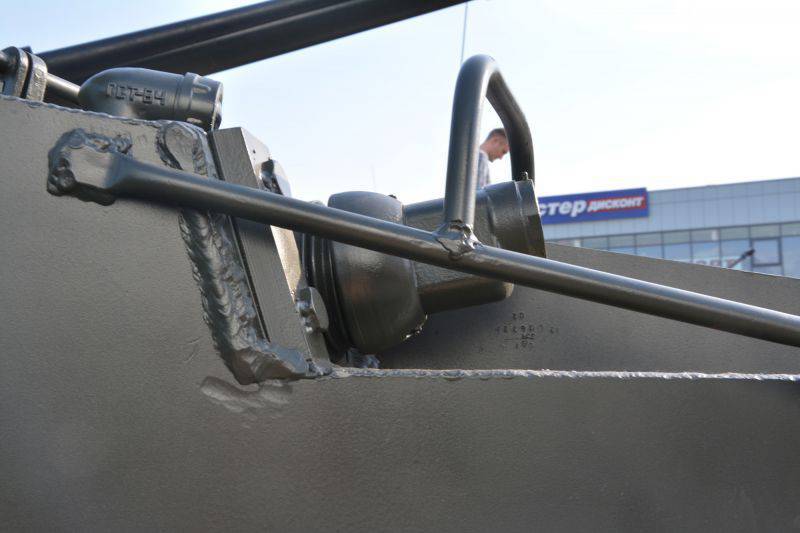 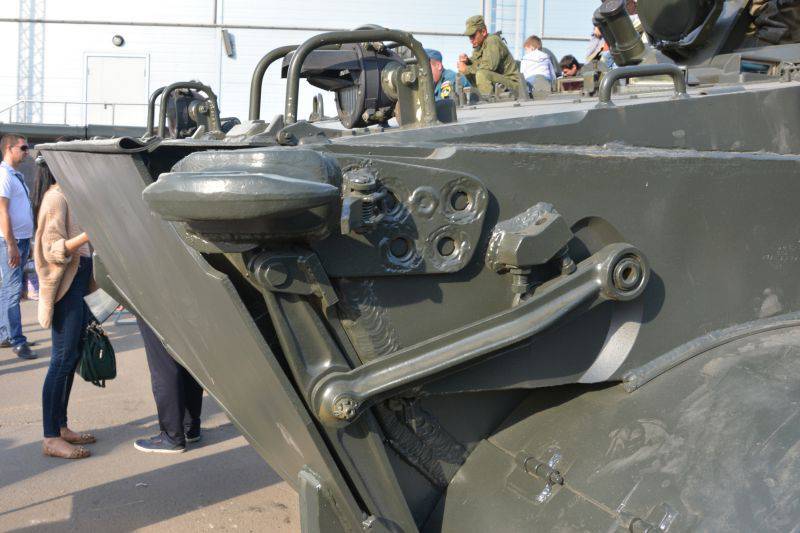 Wave deflector and its lifting mechanism 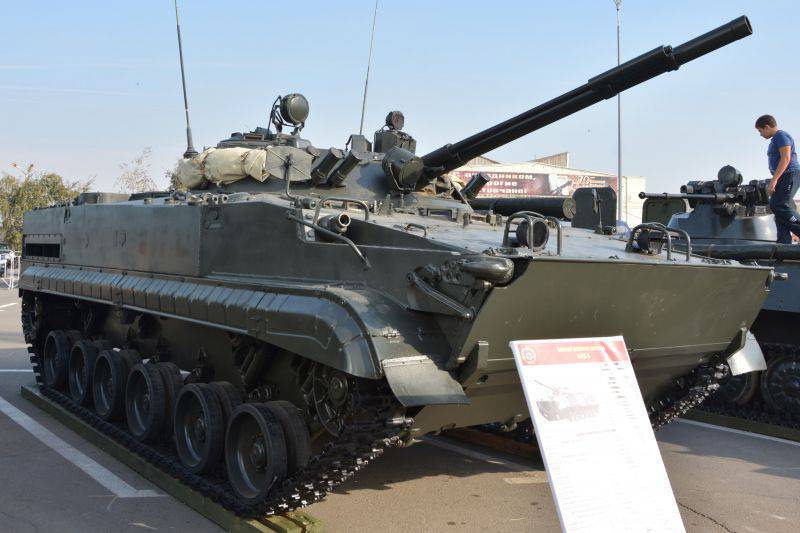 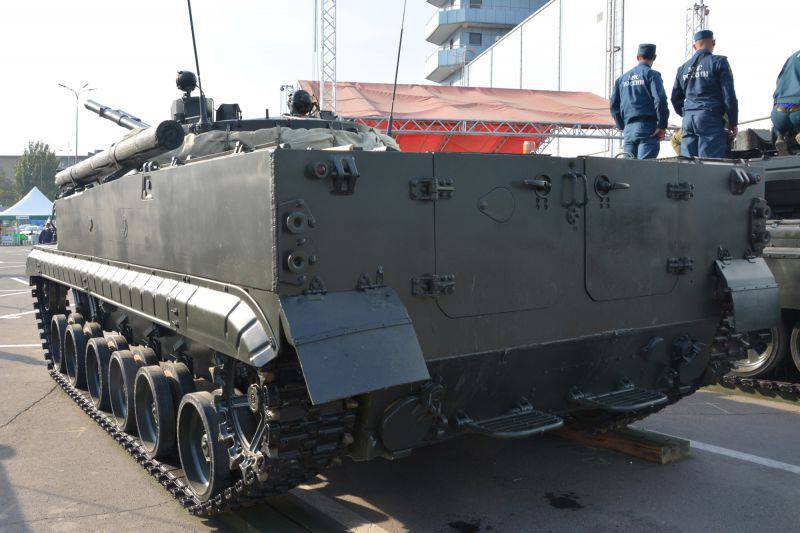 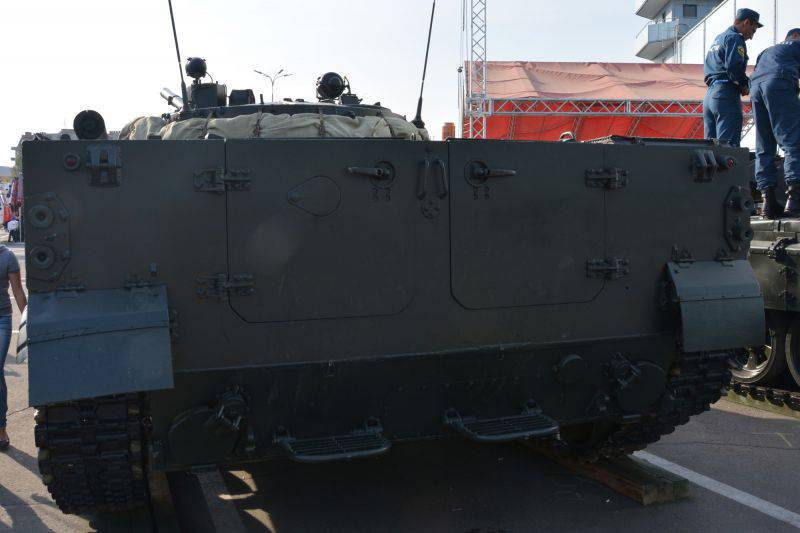 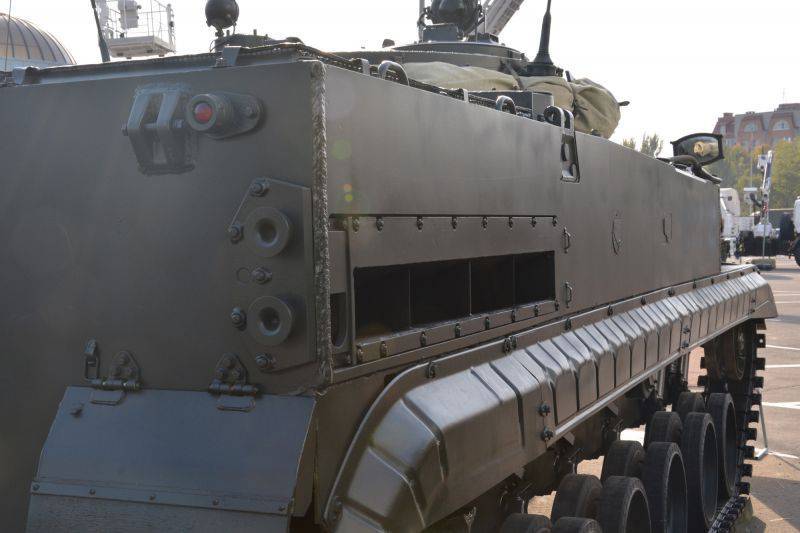 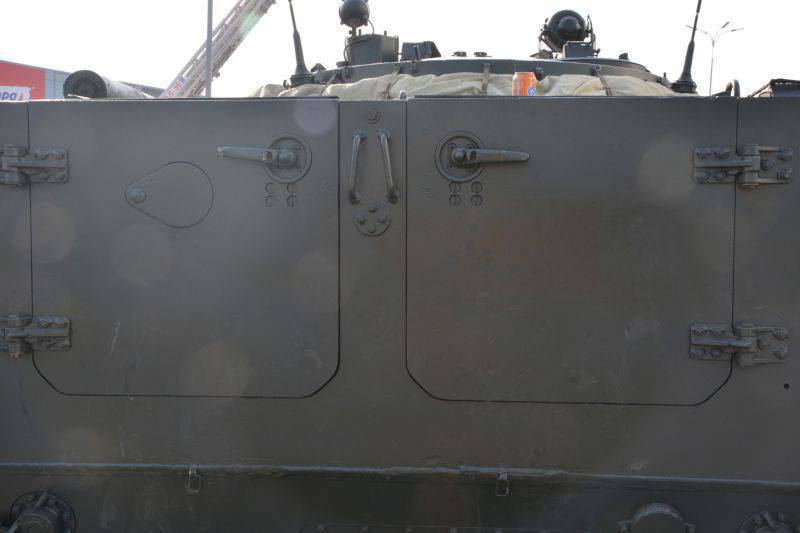 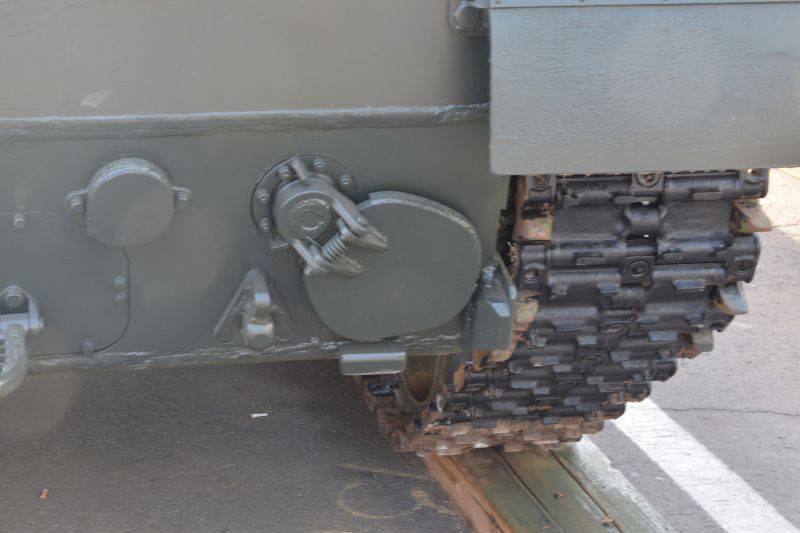 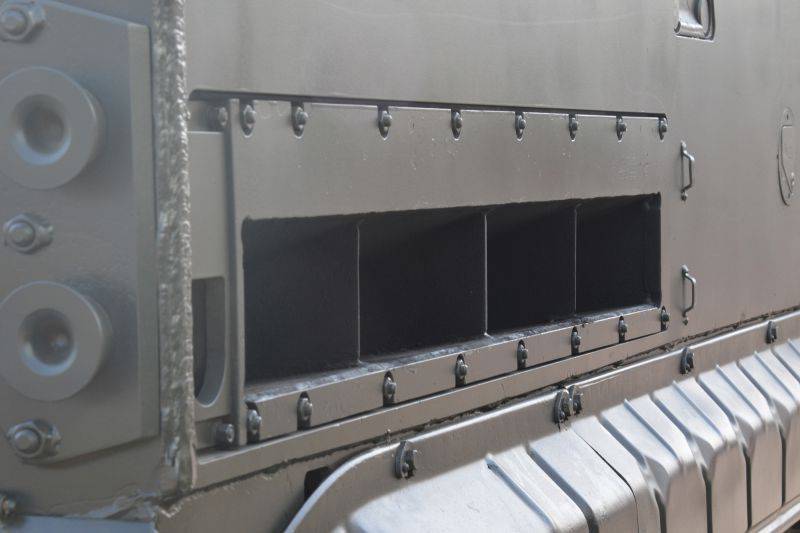 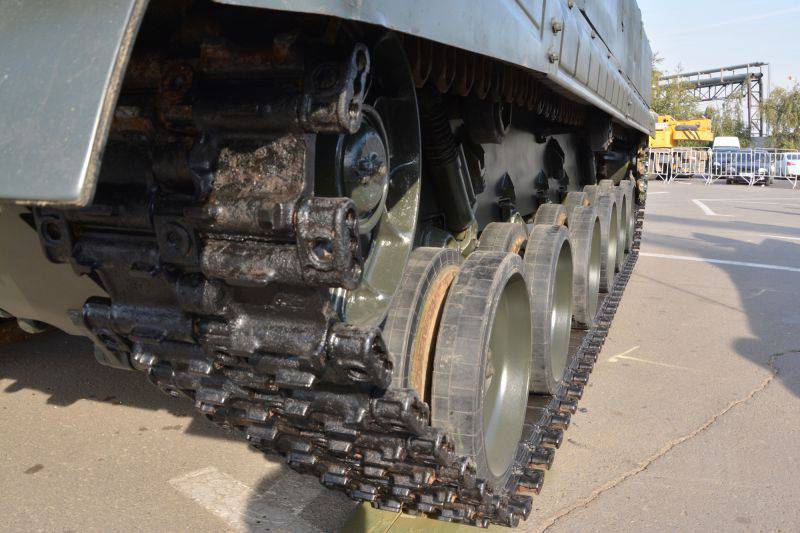 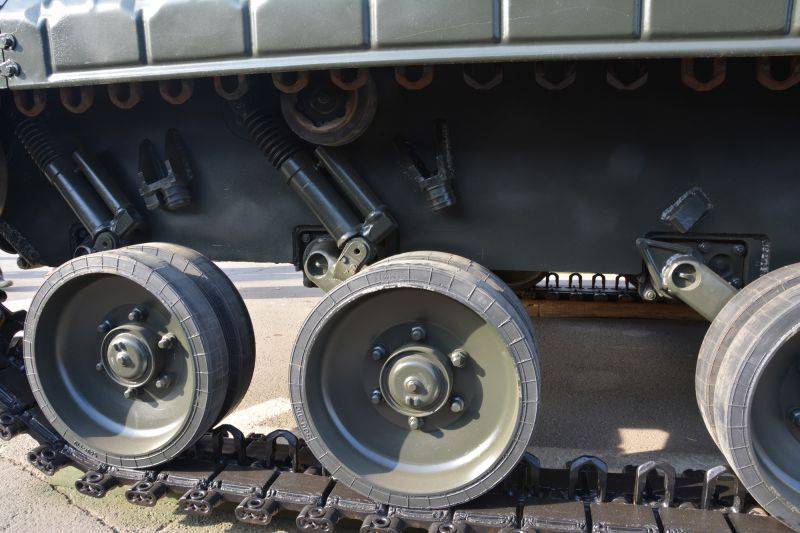 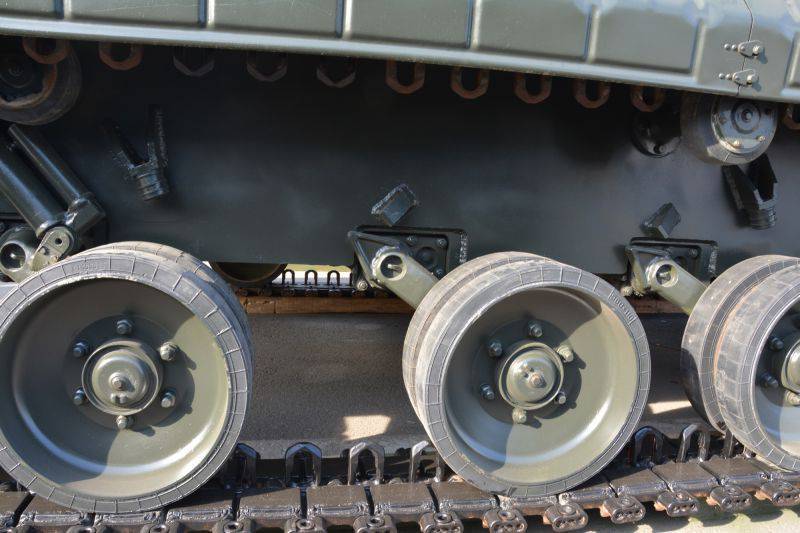 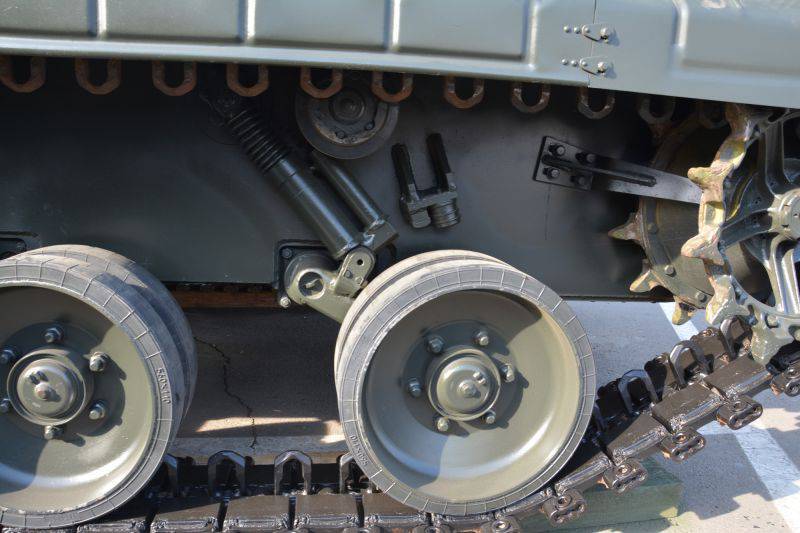 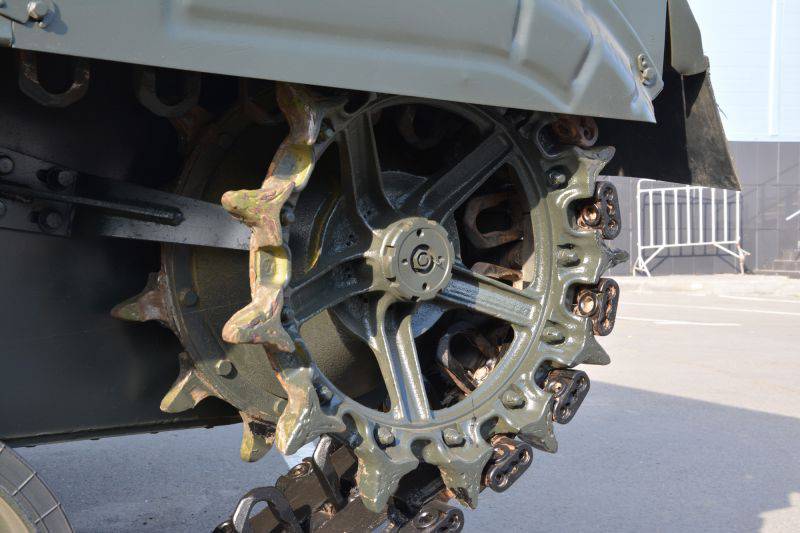 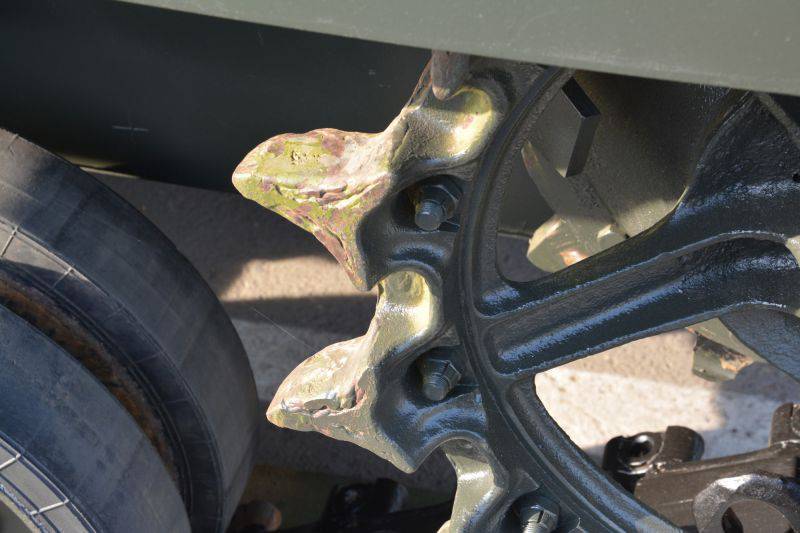 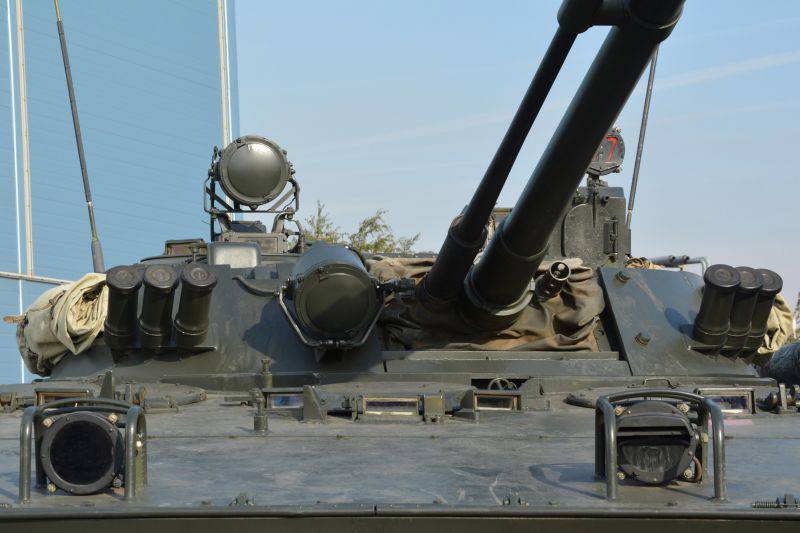 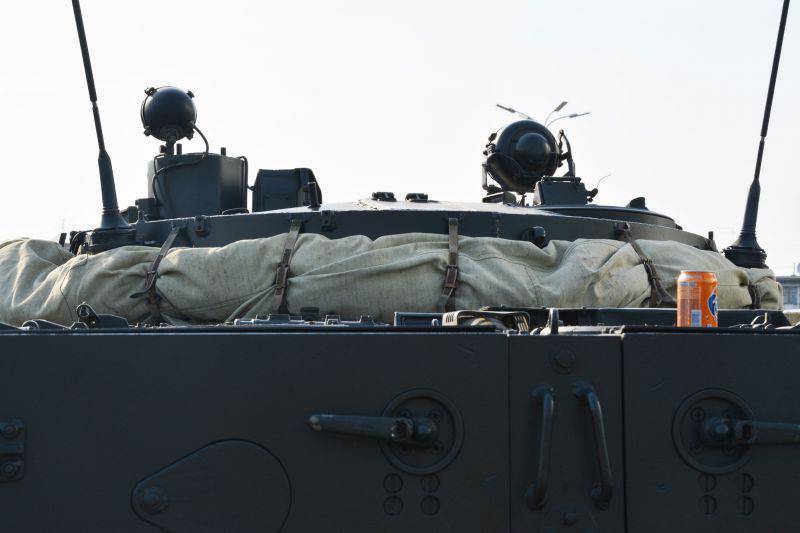 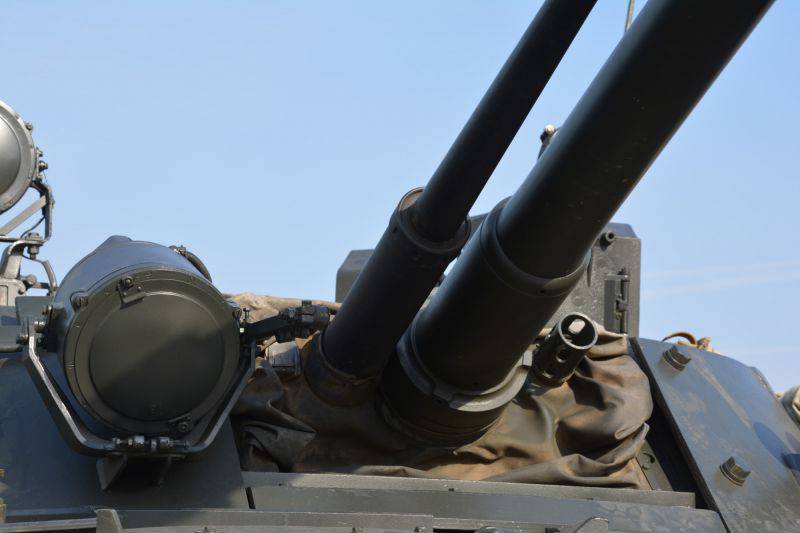 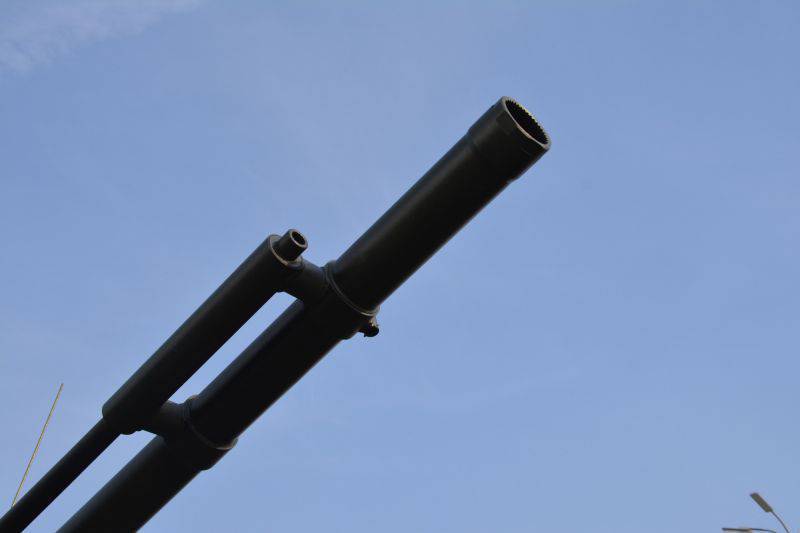 Muzzle of the guns 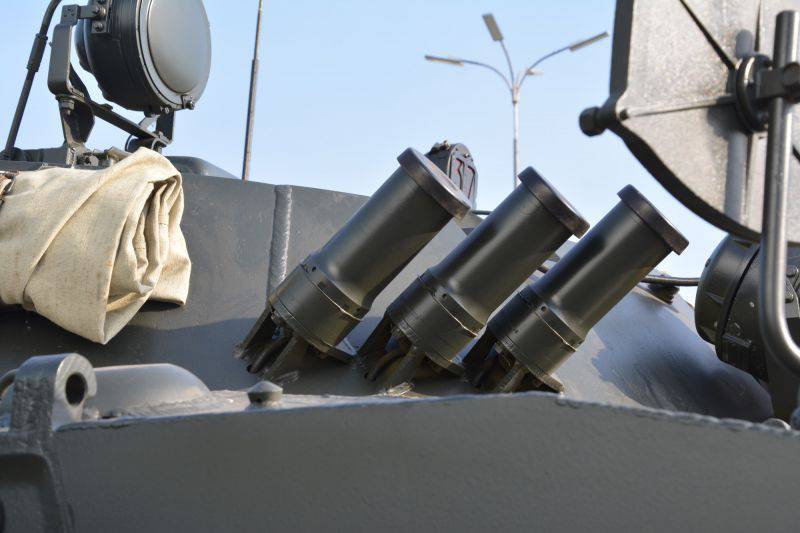 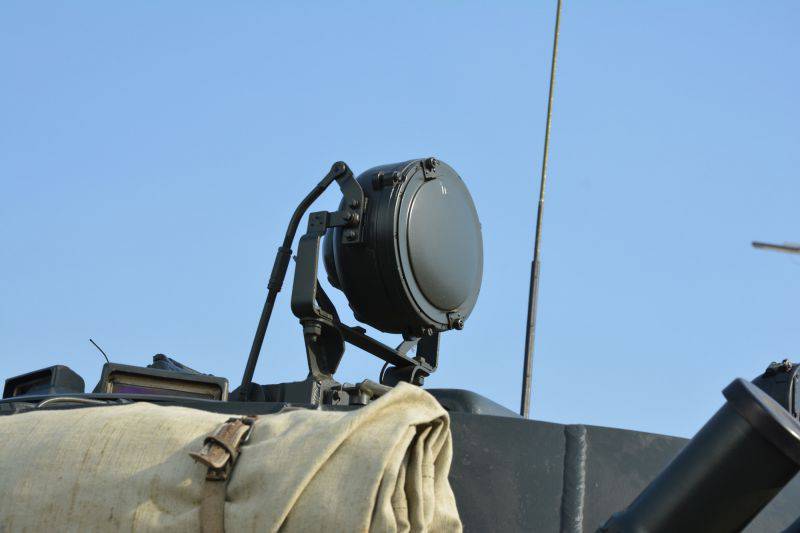 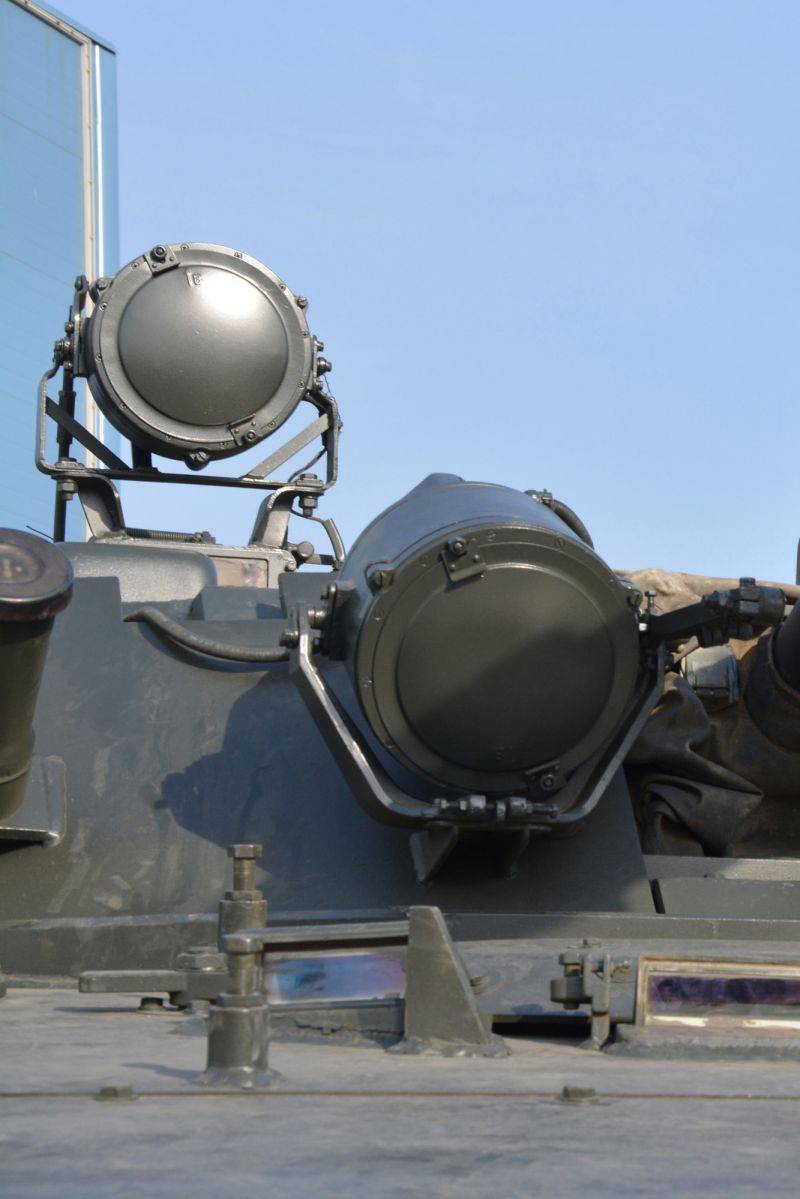 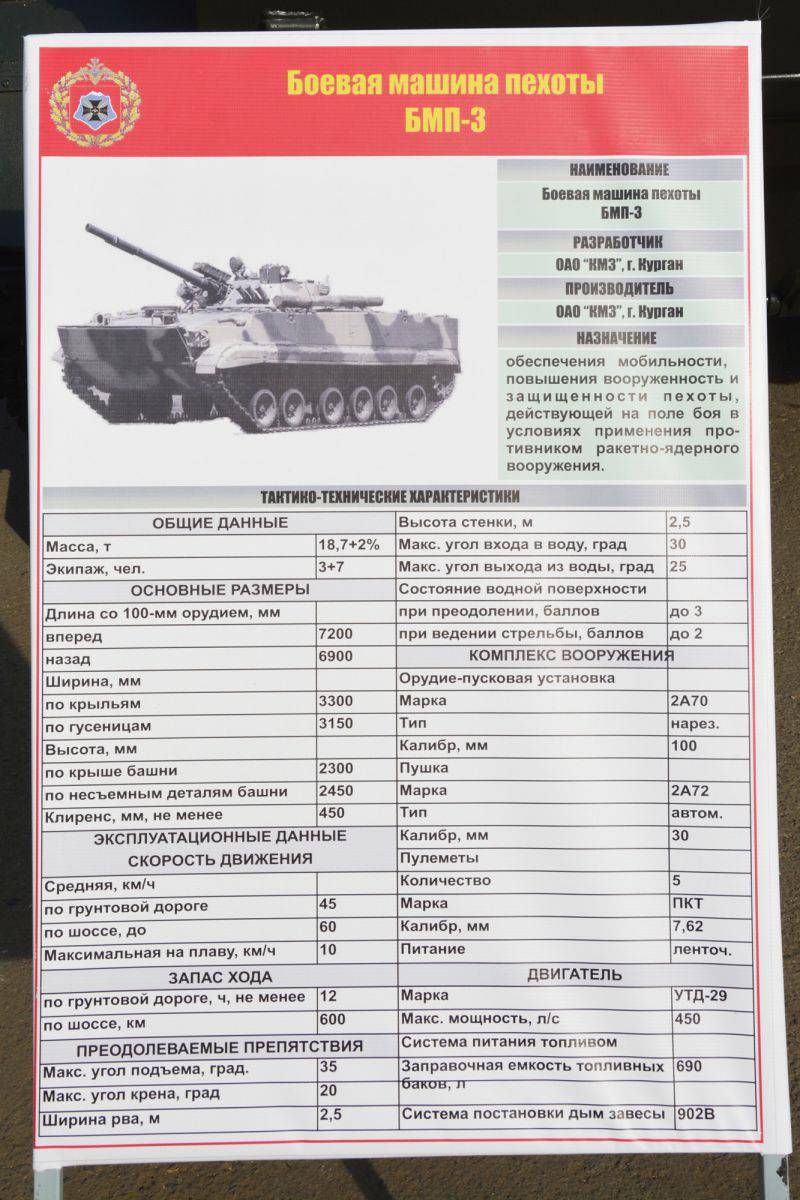