October 16 2015
7
The troops need various electronic warfare systems, including specialized ones. Funds are needed to counter radar detection systems, as well as to suppress communication channels, including in civilian bands. For termination of communication in GSM networks, the EWR-341В complex “Leer-3” is intended. In early October, “Leer-3” became an exhibit of the “Innovation Day of the Southern Military District” exhibition.


Officially, the system “Leer-3” is referred to as “an aerodynamically thrown interfering transmitter for the GSM subscriber terminals”. In other words, this complex is designed to suppress GSM communication with the help of interference transmitted by a special unmanned aerial vehicle. A special transmitter mounted on a light UAV simulates the operation of a cellular base station and thereby interferes with the normal operation of user terminals.

The complex "Leer-3" was developed by the St. Petersburg LLC "Special Technological Center". The same organization is engaged in the manufacture of serial machines. In the configuration presented at the exhibition, the complex consists of several basic elements. The main one is a truck with a van body in which all the necessary control systems and the antenna-feeder device for communication with UAVs are mounted. In addition, the base truck is used to transport aircraft in the stowed position. 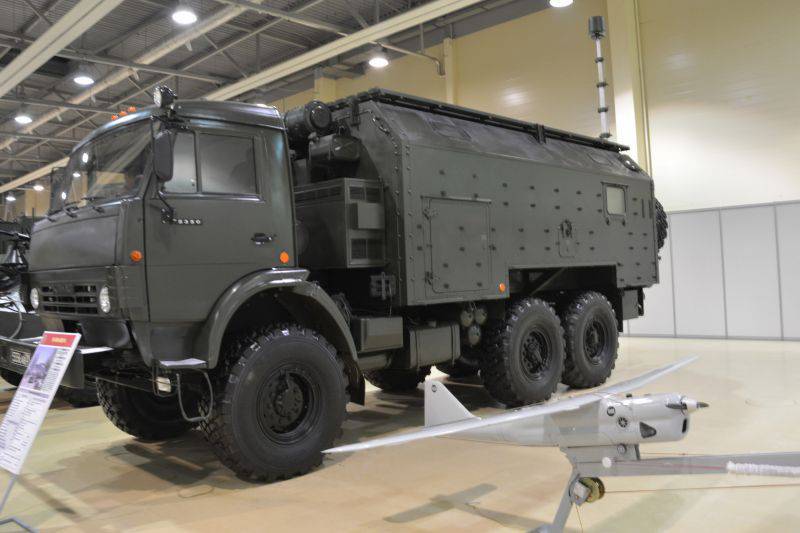 The RB-341В complex presented at the exhibition is built on the basis of the KAMAZ-5350 chassis, which allows it to move on highways and off-road, as well as arrive in a specified area of ​​deployment in a timely manner. According to reports, a van with special equipment can be installed on other chassis. Such changes affect exclusively the mobility of the complex in the stowed position.

Orlan-10 unmanned aerial vehicles should be engaged in direct suppression of radio channels. These drones are equipped with special radio transmitters that mimic the operation of GSM base stations and counteract the use of subscriber terminals. Such equipment allows blocking the use of equipment operating in the GSM-900 and GSM-1800 ranges. At the same time, it is possible to work in several frequency bands that completely overlap the ranges of cellular networks.

T.N. The transmitters of the virtual base station are located in the fuselage and wing of the UAV. In the first case, the transmitter power exceeds 10 W, in the second - 2 W. This power allows you to effectively block the work of user equipment in a radius of up to 6 km (fuselage transmitter). Transmitters are capable of blocking the work of the networks of three operators and “serving” up to 2000 subscriber terminals.

The RB-341В complex includes up to two unmanned aerial vehicles. To launch them, a special slant launcher is used. It provides the initial acceleration of the drone, after which he independently makes a flight using the existing engine.

UAV "Orlan-10" can be in the air up to 10 hours, carrying a payload weighing up to 4 kg. The maximum speed of the device reaches 150 km / h, cruising - 80 km / h. With such characteristics, the complex "Leer-3" is able to solve the tasks for a long time. The total time of work in a given area can be increased by alternately launching several aircraft.

The project complex "Leer", equipped with unmanned aerial vehicles, was introduced several years ago. Later, several modifications of this system appeared, including Leer-3. According to reports, the UAVs of these complexes can be equipped with various special equipment, such as optical-electronic systems, as well as electronic warfare transmitters.

The complex RB-341В “Leer-3” has already reached mass production and is supplied to the troops. In October last year, it was reported that the first systems of this type would go to the troops by the end of the year. The first operators of the "Leer-3" were to be units of the Eastern Military District. After that, other units of the armed forces, including the Southern Military District, received similar equipment.

In early October, one of the copies of the electronic warfare complex Leer-3 was sent to the exhibition “Innovation Day of the Southern Military District”, where it became one of the best examples of the development and rearmament of the army. A base machine with special equipment was placed in the exhibition hall, and a launcher was deployed. It was an unmanned aerial vehicle with transmitters. 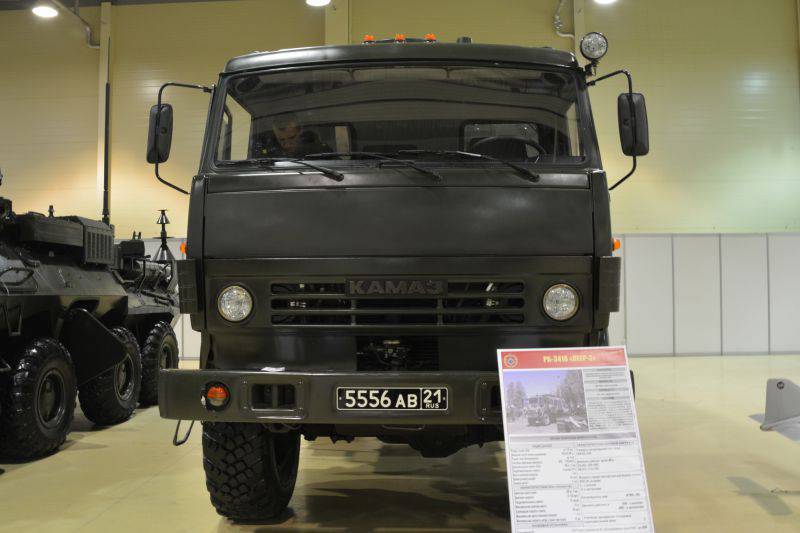 As a base for the complex used truck chassis brand "KAMAZ" 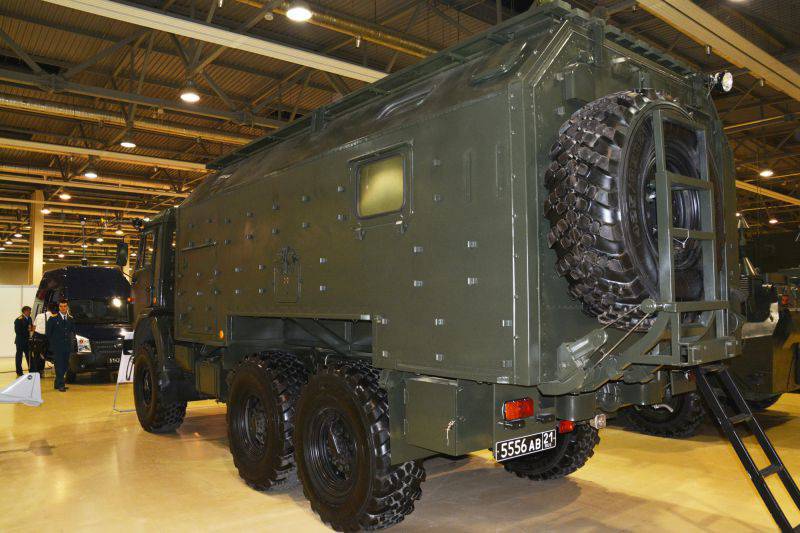 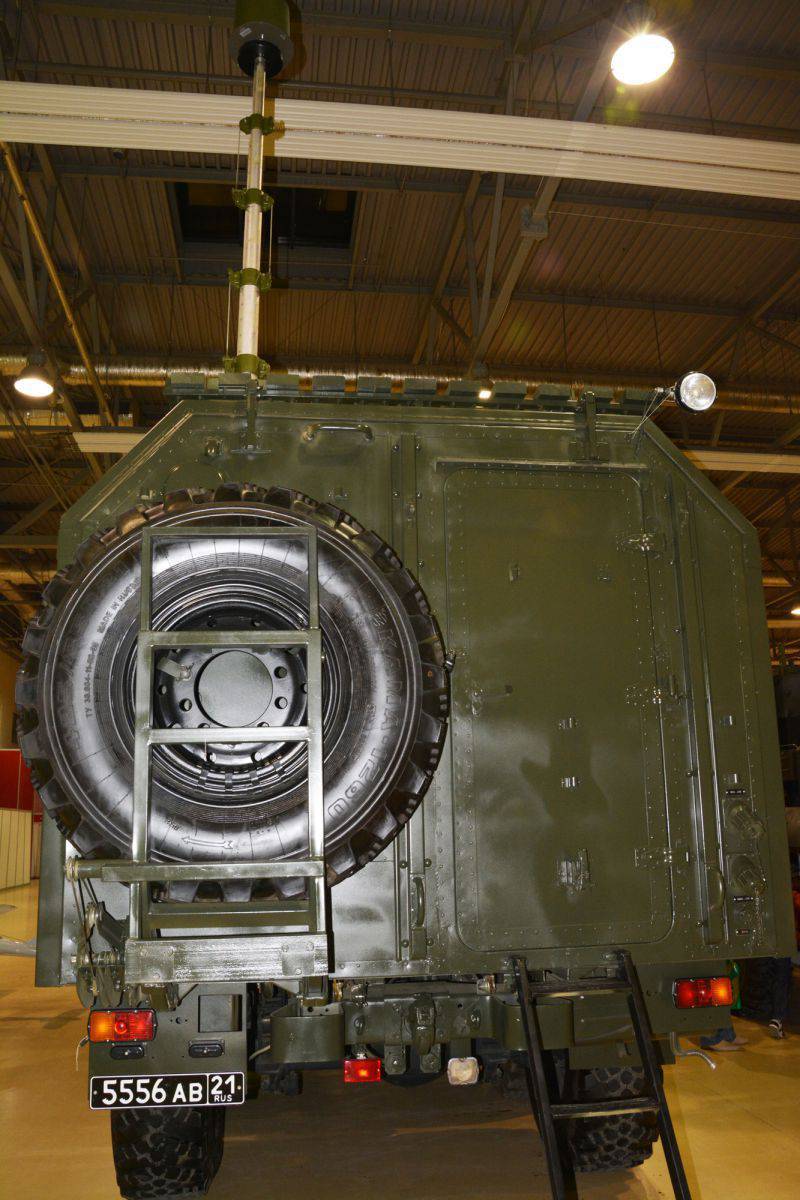 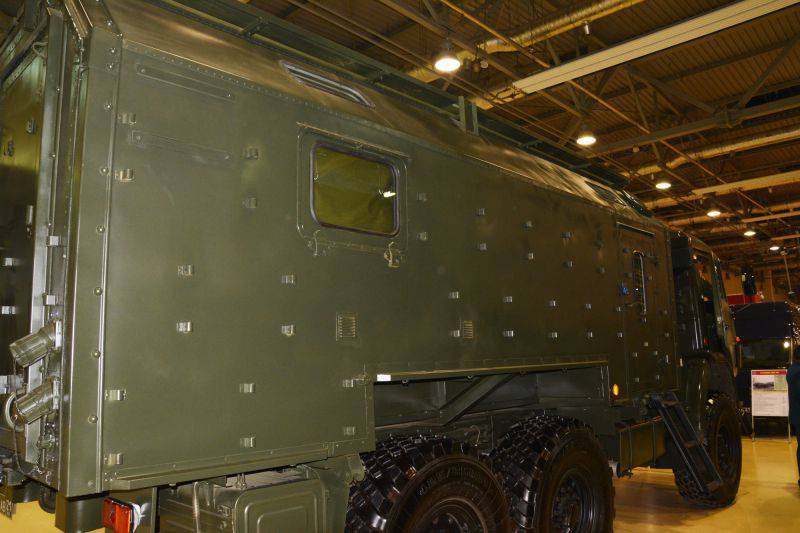 The control equipment is located in the back of the base machine. 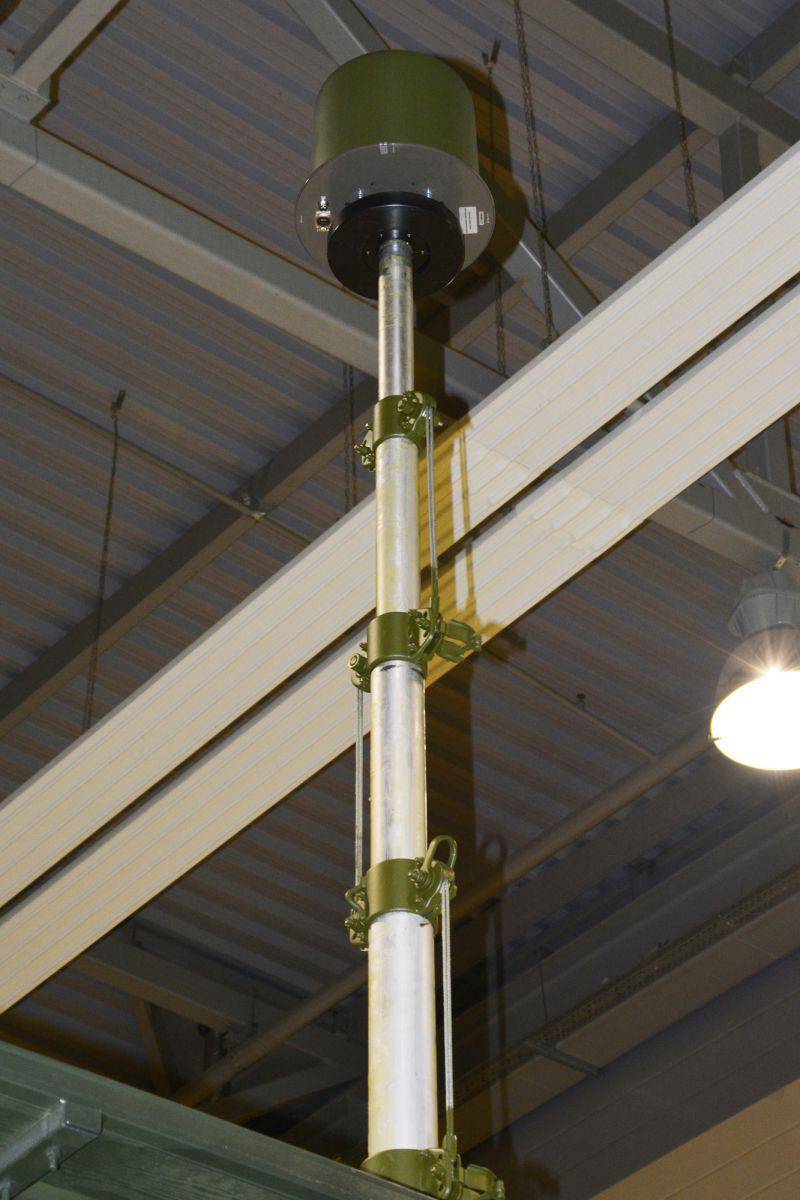 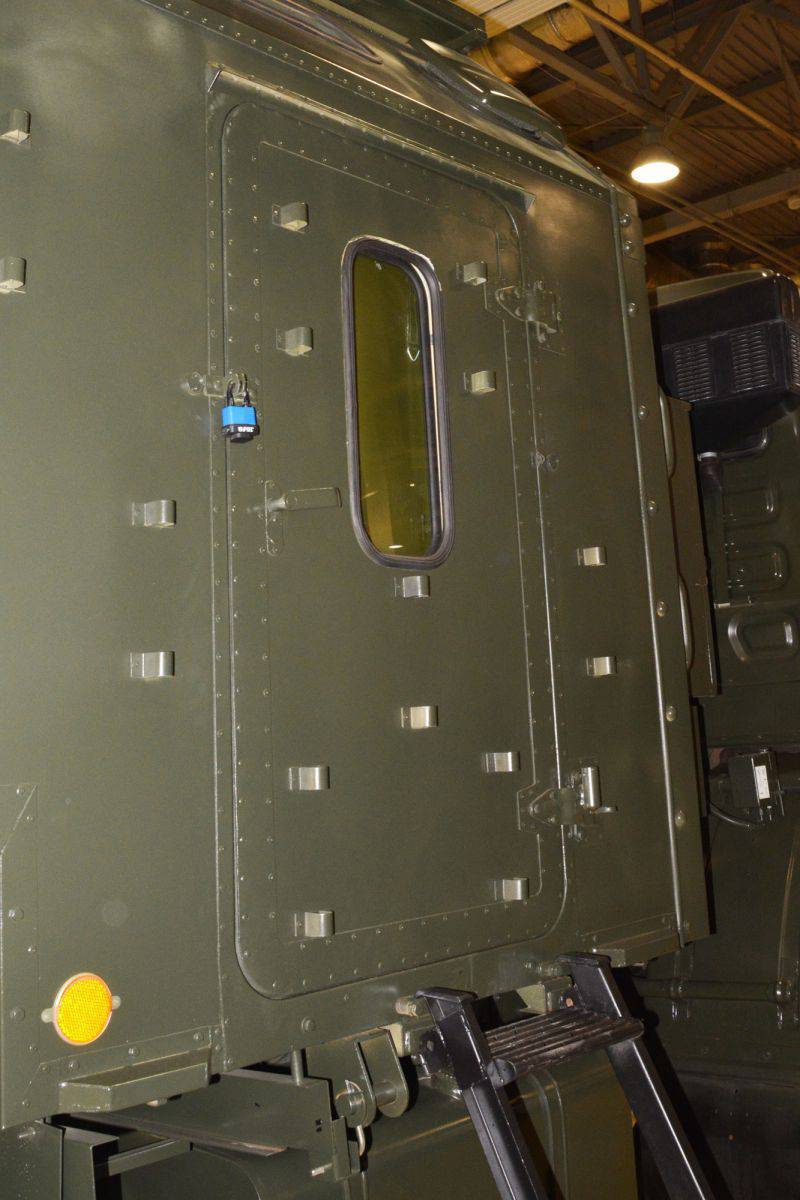 Unfortunately visitors, access to the control car was closed 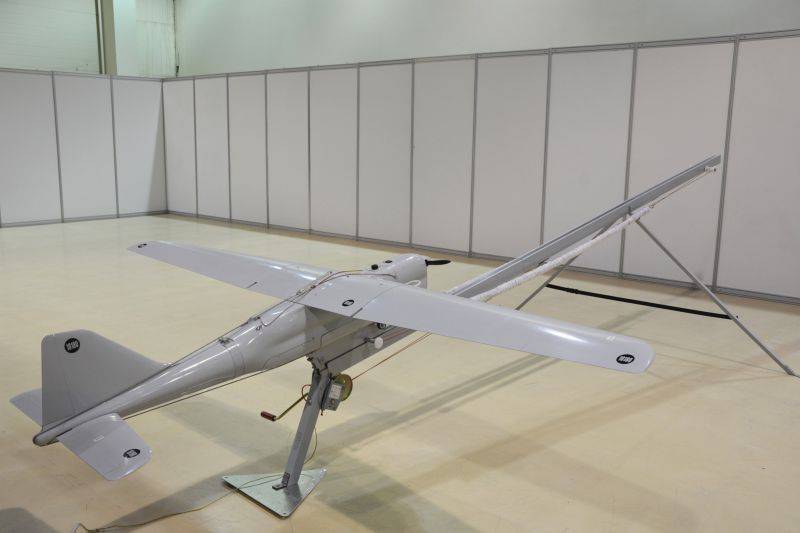 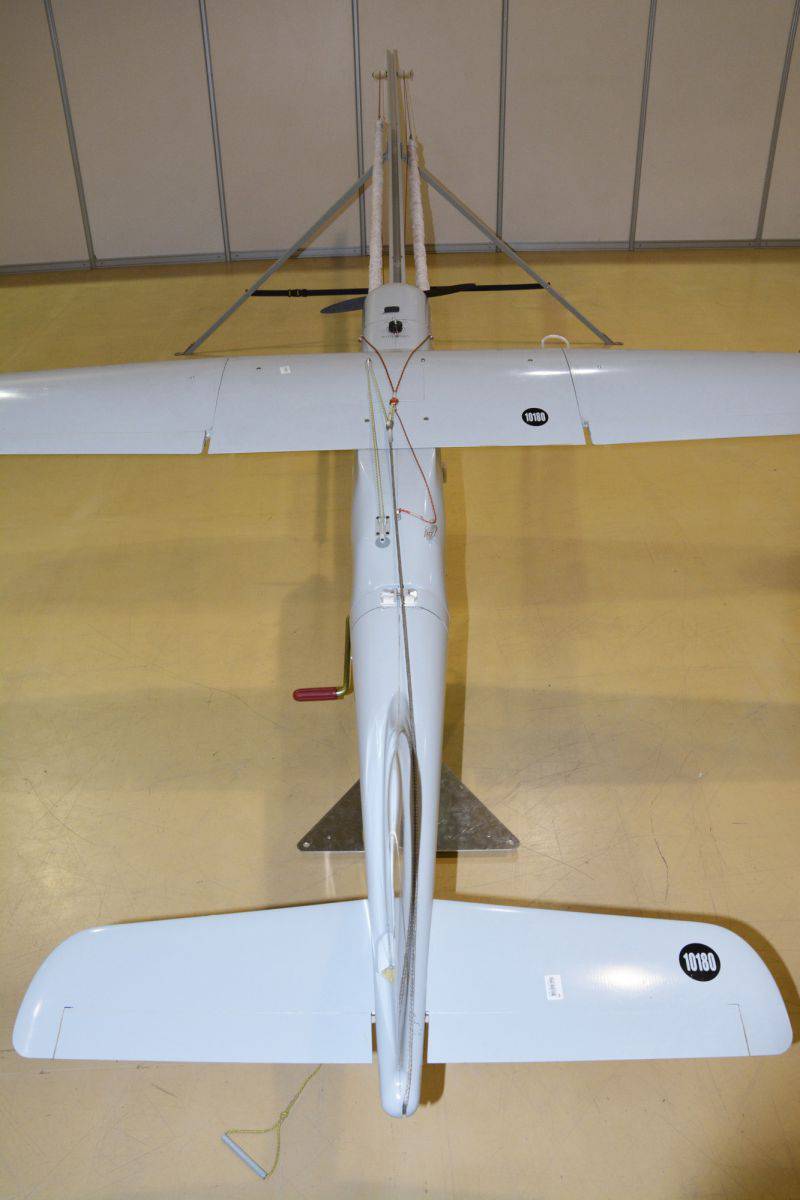 UAV "Orlan-10" on the launch guide 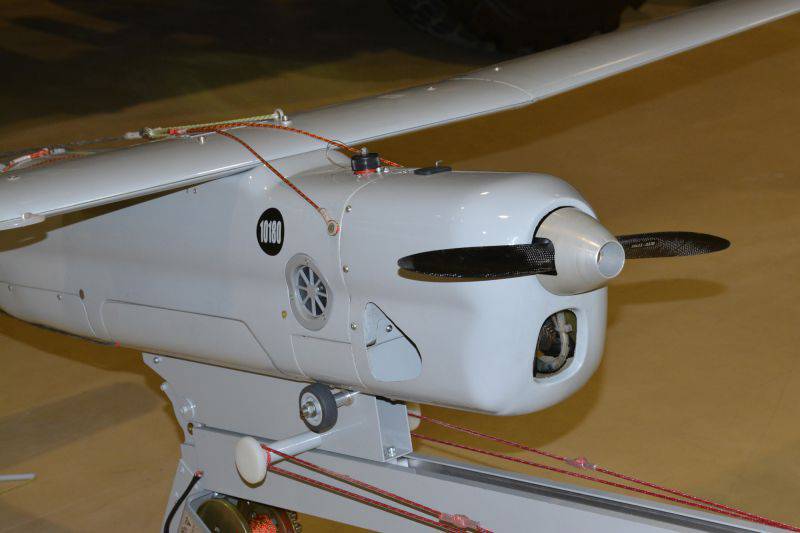 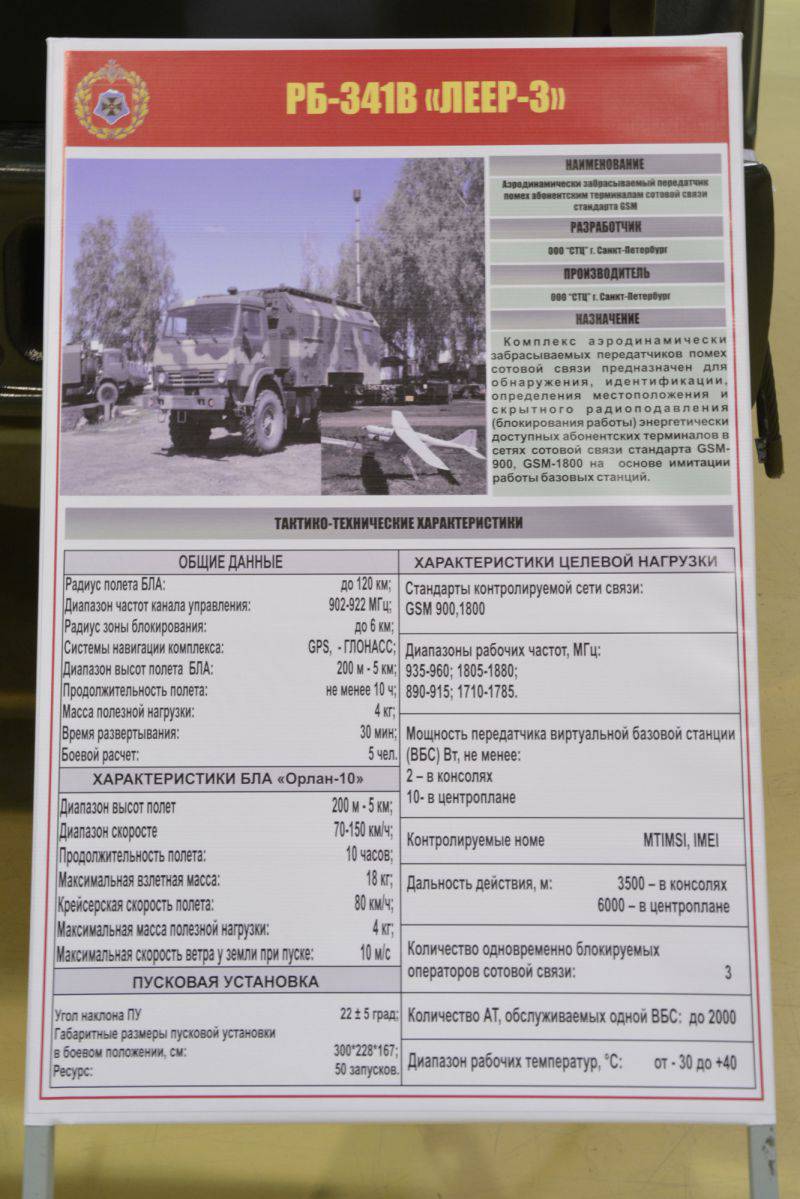 Ctrl Enter
Noticed oshЫbku Highlight text and press. Ctrl + Enter
We are
Innovation Day of the Southern Military District: Pictures from the ExhibitionThe action “Military service under the contract is your choice!” In Rostov-on-Don: future contract servicemen, exhibitions and “Russian Knights”
Military Reviewin Yandex News
Military Reviewin Google News
7 comments
Information
Dear reader, to leave comments on the publication, you must sign in.