October 6 2015
23
In September, the Japanese Ground Self-Defense Forces conducted the now practically traditional exercises at the Yakima training ground (Yakima Training Center) in the state of Washington, which belongs to the US Army. During the exercise, soldiers and officers were able to experience those kinds of weapons, whose use in Japan itself is restricted for territorial and legal reasons. Among other things, guests from the Land of the Rising Sun have worked offensive over long distances - an experience that can come in handy in the very near future, given the aggravation of the international situation. 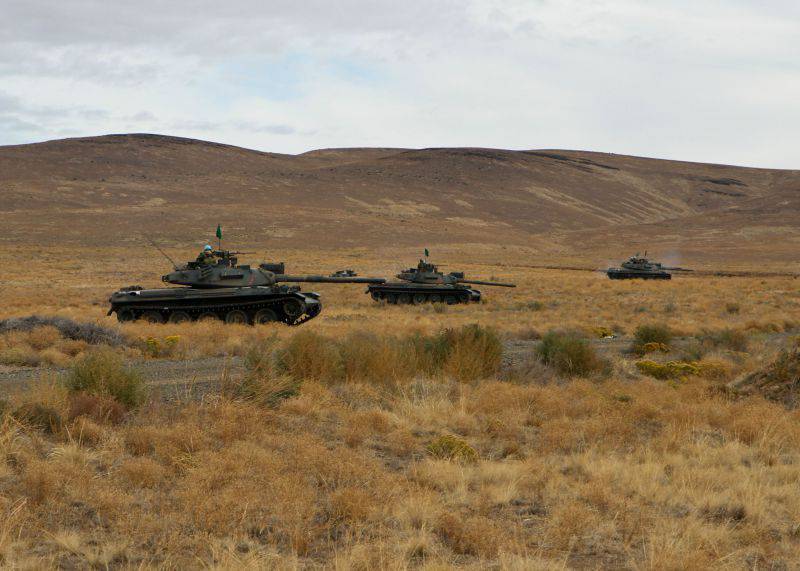 These exercises are held every year at approximately the same time, and Japanese soldiers are trying to use new equipment during their next visit to the center. The gunners and tank units. In Japan, it is extremely difficult to carry out such events in connection with the deficit of flat space - the country consists of mountain ranges for three quarters, and the remaining third is either densely built up or set aside for agricultural needs.

Only ground forces of self-defense experience similar limitations. Neither the sailors nor the pilots have problems with the spaces for obvious reasons. 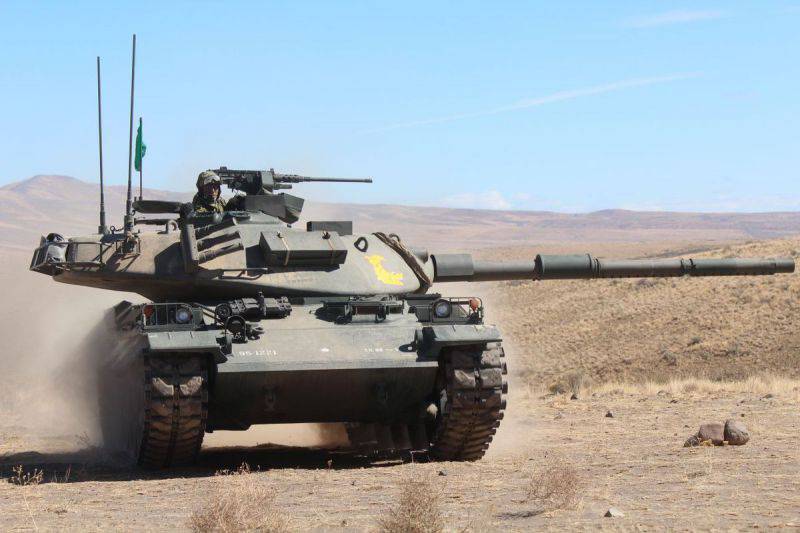 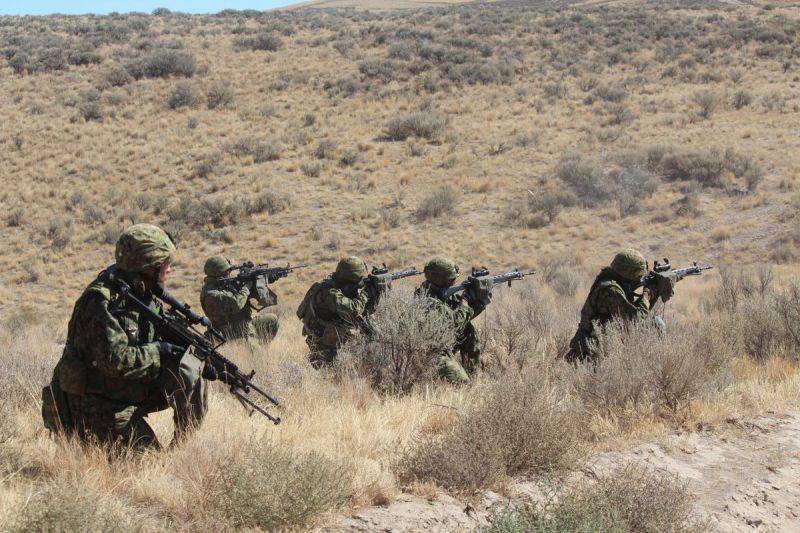 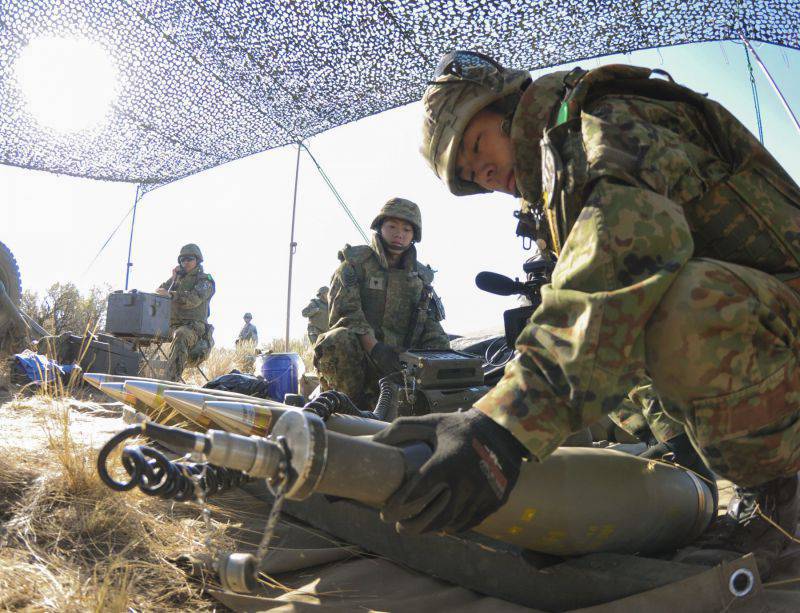 This year, Type-74 tanks (removed from service and replaced with the newest Type-10), wheel M1128 tanks, helicopters and other equipment were seen at the test site. Interestingly, the M1128 is not in service with the Self-Defense Forces. Japan has its own wheeled tank MCV, which should go into service next year, 2016. 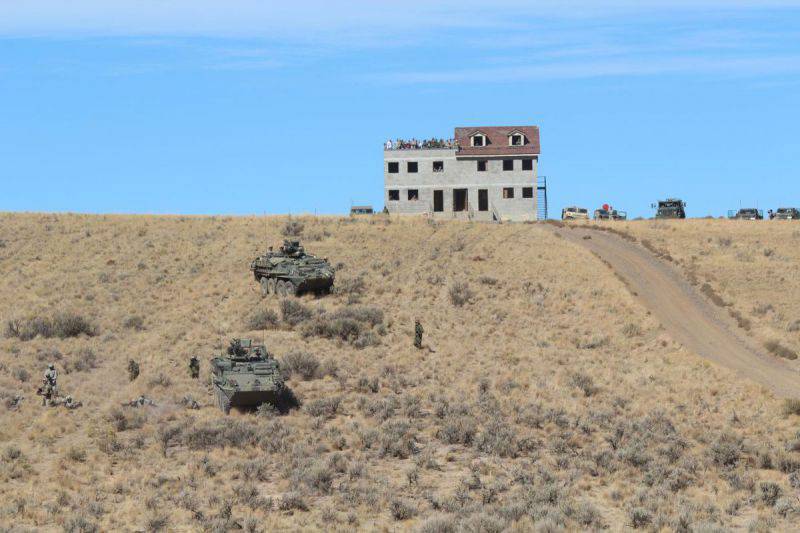 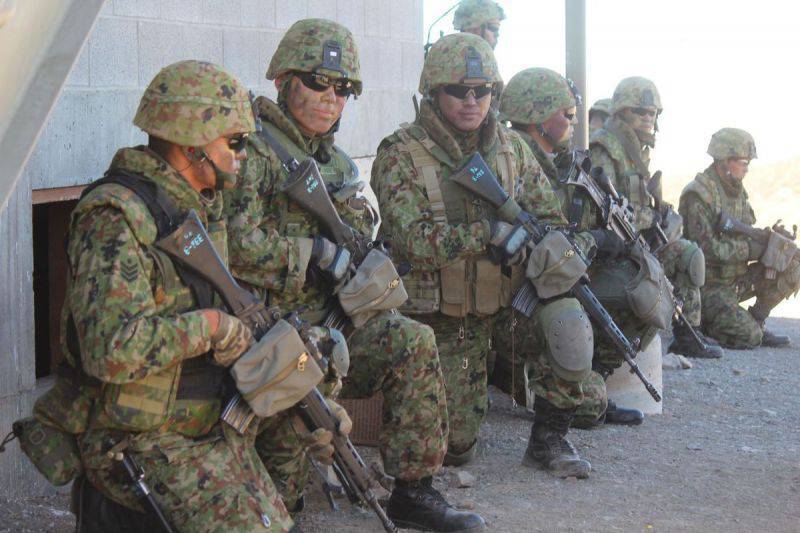 The training took place against the background of heated political discussions in Tokyo regarding the new law expanding the powers of the Self-Defense Forces abroad. This question is not idle. For six decades, the Japanese ground forces were engaged exclusively in the defense of their own islands. Now there has been a shift towards the creation of a limited expeditionary force for action on the territory of the allies. On the basis of the army units, the marines that were liquidated in 1945 will be recreated. 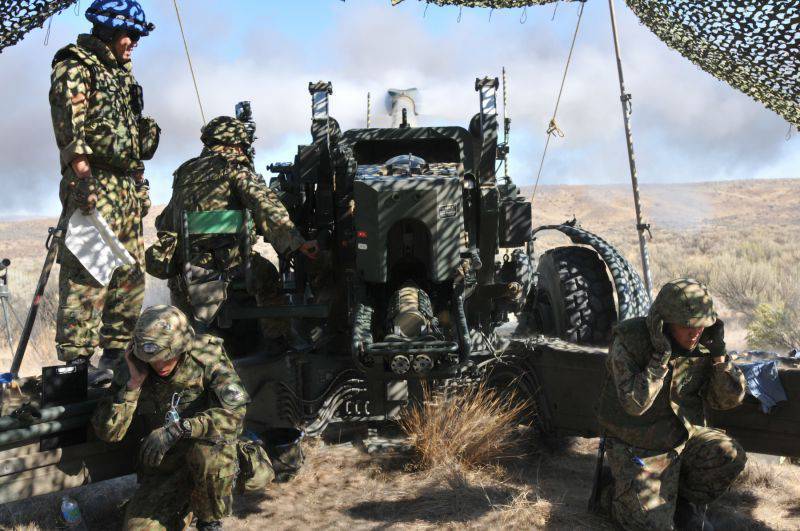 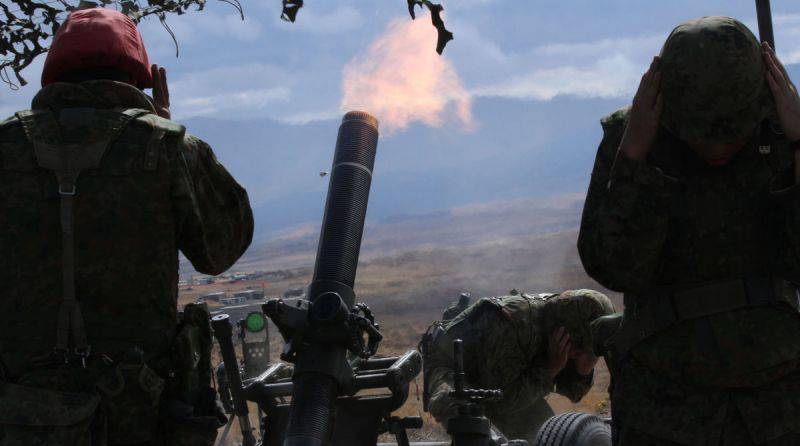 Another important point is the release of hostages. In 2013, 10 Japanese citizens taken hostage were killed in Algeria. In 2015, two more Japanese nationals became victims of ISIS militants. The previous interpretation of the Constitution did not allow the use of force for their release. Now this is possible and during the exercises on the Yakima, building attacks were practiced. 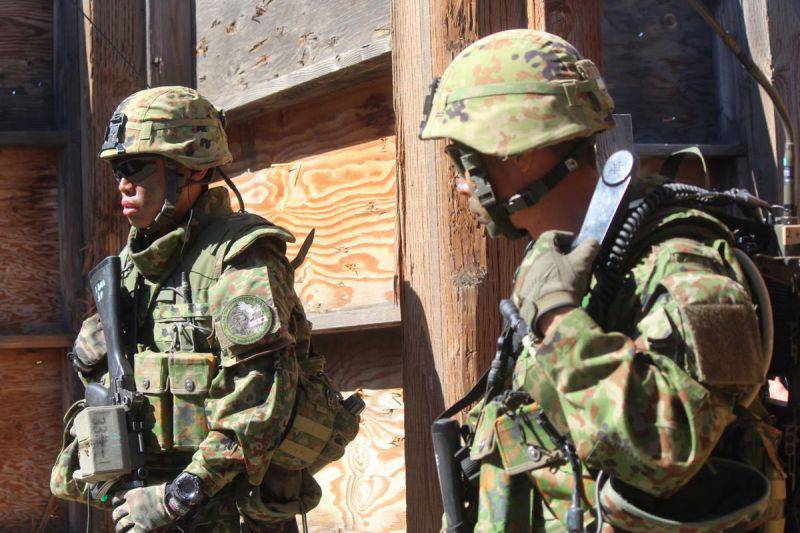 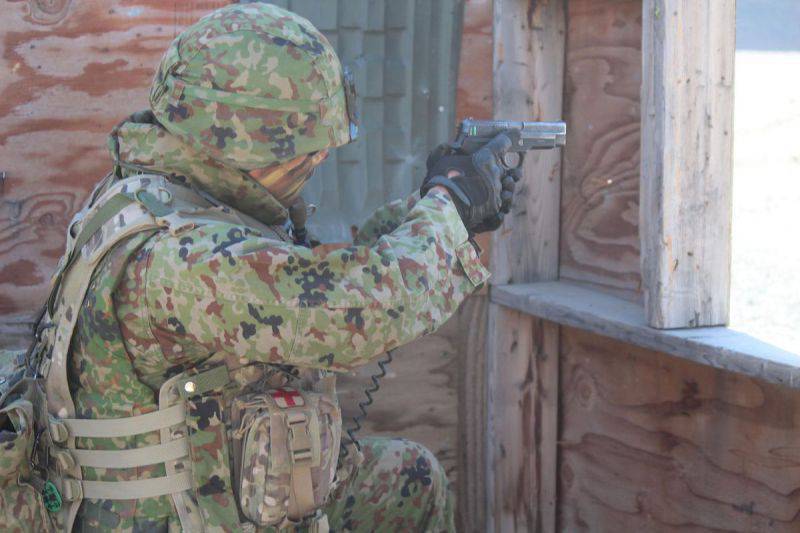 In certain stages in what is happening, the US military also took part, who, according to them, "work out the interaction with the technologically close army." In the photo and video of Americans distinguishes gray camouflage, against the green from the Japanese. Otherwise, it can be difficult to distinguish, since there are quite a few Asian citizens in the US Armed Forces.

It is obvious that Japan continues to search for the military model that is optimal for itself, which will be adjusted on the basis of the country's changing policy.