News of the project "Lever-AV"

October 1 2015
16
The Russian defense industry continues to create and produce new means of electronic warfare. Currently, the Kazan Optical and Mechanical Plant, which is part of the Radioelectronic Technologies Concern (KRET), is completing development work on the updated project of the radioelectronic wrestling complex “Lever-AV”. Several units of this complex in the base configuration have already been transferred to the military at the beginning of the year. In the near future, Kazan specialists intend to complete the execution of the order for 2015 a year, and then proceed with the deployment of the production of modernized systems.


According to press reports, a few days ago, deputy general director of the Kazan Optical-Mechanical Plant, Alexey Panin, spoke about the current status of the Lever-AV project. In the near future, the plant should complete the delivery of EW complexes as part of the order for 2015 year. Part of this technology was transferred to the customer earlier. Several units of new complexes are planned to be commissioned in the foreseeable future.

In addition, the Kazan plant and KRET are already making plans for the mass production of promising systems that are the development of existing ones. According to A. Panin, in 2016 or in 2017, it is planned to begin mass production of an upgraded version of the Lever-AV complex. KRET is currently completing development work on this product, which opens the way for mass production. 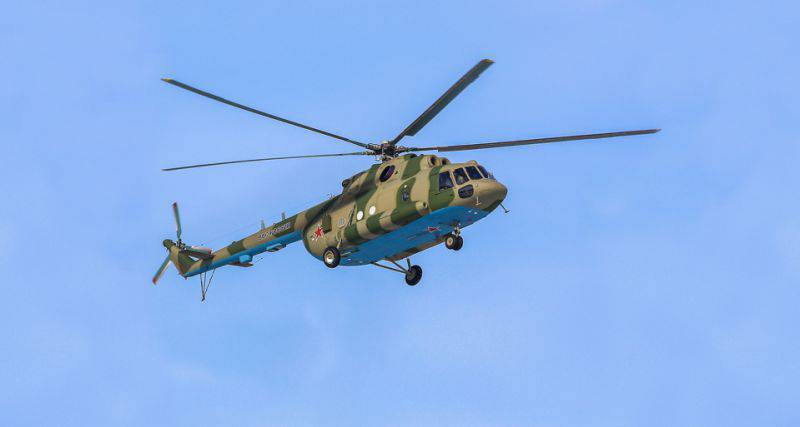 To date, Kazan Optical and Mechanical Plant and related enterprises have mastered the production of advanced EW systems designed for installation on helicopters of the Mi-8 family. In early March of this year, it was reported that KRET built and transferred to the armed forces three Mi-8MTPR-1 helicopters, equipped with the latest EW complexes. At that time, Igor Nasenkov, First Deputy General Director of the Radioelectronic Technologies Concern, noted that the delivery of new equipment had been ahead of schedule by about a month.

At the same time, representatives of the defense industry and the press revealed some details of the new project. According to available data, the Lever-AV electronic warfare complex is designed to suppress enemy radar stations and communication systems in order to ensure the safe operation of their troops. Special equipment of the complex is installed on helicopters of existing models, which ensures the required mobility and flexibility of use.

It was reported that the product "Lever-AV" is a variant of the complex designed for installation on aviation technique. In addition, there is information about the creation of other systems of the "Lever" family, intended for use on other media. In particular, it is possible to install special equipment on various land equipment. However, at the moment it is only known about installing the electronic warfare complex on helicopters of the Mi-8 family.

Due to the secrecy of the project, most of the information about the new complex has not yet been announced. Only some general facts about the system are known, which, nevertheless, allow us to draw some preliminary conclusions. According to domestic media reports, the Lever-AV complex is capable of suppressing the enemy’s electronic equipment at a distance of about 100 km. This ensures simultaneous work on several goals.

When converting to an EW complex carrier, the Mi-8 helicopter undergoes some refinement and receives a set of special equipment. So, in the cargo compartment, relatively large blocks of equipment, control systems of the complex, etc. are installed On the sides of the fuselage mounted set of antennas and other means of the complex. According to available data, multipath antenna arrays are used to transmit interference. The most noticeable elements of the antenna complex are two antenna arrays mounted on the sides in front of the tail cargo hatch.

For the safety of the crew, the cabin receives additional shielding that protects people from the negative effects of powerful electromagnetic radiation. The large range of jamming systems requires an appropriate signal power, which is why cockpit shielding is an indispensable element in equipping the base helicopter.

According to available data, the Lever-AV complex is capable of detecting the radiation of the enemy’s electronic equipment and analyzing them. Using the existing library with signatures of a large number of electronic systems, the complex can determine the type of target and independently choose the type of interference that is most effective in a given situation. Thus, the new EW complex can adapt to the situation and use the interference that is most appropriate in this case. According to the developers, in the future the library will be replenished with records of new radio-electronic systems with which the complex may encounter during the course of combat operations.

As follows from the available data, Mi-8MTPR-1 helicopters with special equipment will be able to counteract air defense complexes, suppress communication and control channels, and also protect their troops from various means of destruction using radio-electronic control and guidance systems.

Now KRET and Kazan Optical and Mechanical Plant together with some related enterprises continue to fulfill the order of the Ministry of Defense for the supply of Mi-8MTPR-1 helicopters with EW systems "Rychag-AV" in the basic configuration. The first three cars with special equipment were handed over to the customer at the beginning of March 2015. In the near future, the industry intends to complete the assembly of several new helicopters and also transfer them to the customer.

Specialists of the “Radioelectronic Technologies” concern are completing work on the project for the modernization of the “Lever-AV” complex. Over the next two years, the upgraded version of the complex should go into mass production. For some next time, it is likely that both versions of Lever-AV will be operated in parallel.