David and the Three Goliath

27 September 2015
32
22 September 1914, a truly sensational event occurred in stories First World War. The German U-9 submarine with a displacement of 490 tons and with a crew of just 28 people in less than an hour sank three British armored cruisers - Hog, Cressi and Abukir with a displacement of 12 thousand tons each. Of the 2300 crew members of the dead cruisers, only 837 survived. It was one of the most weighty slaps received by the former "mistress of the seas" since the Middle Ages.
Although this episode did not have a serious impact on the balance of power, since for the huge British fleet even such losses were far from catastrophic, in my opinion, it fits well with the line of evidence of the assumption, which I have already expressed more than once: Russia in the First World War fought on the wrong side. 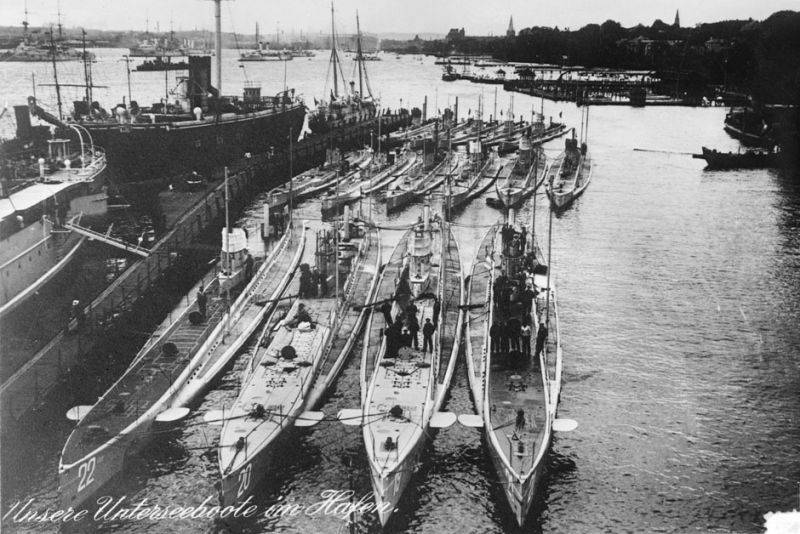 Germanic submarines in the Kiel Bay in summer 1914 of the year. The UK was not ready to counter this new threat.

Drawing of the submarine U-9. This submarine, built in 1910 year, was armed with two bow and two stern torpedo tubes. 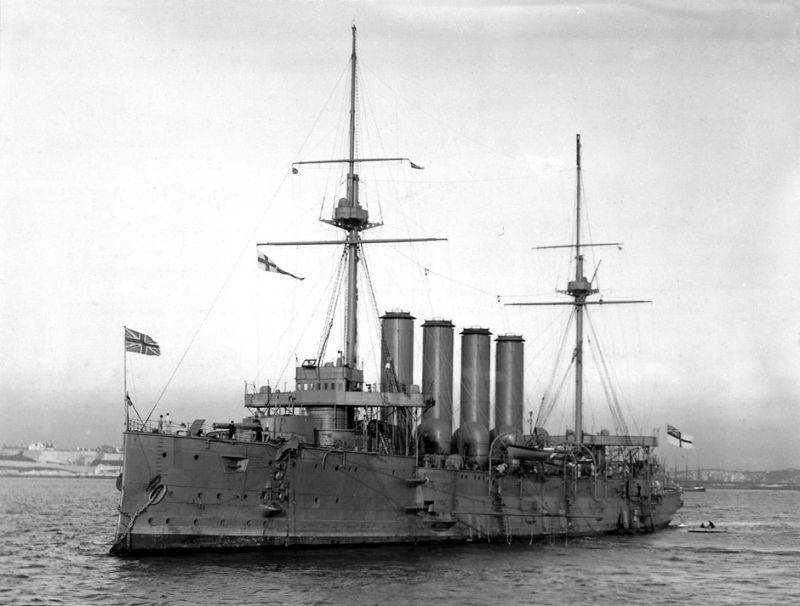 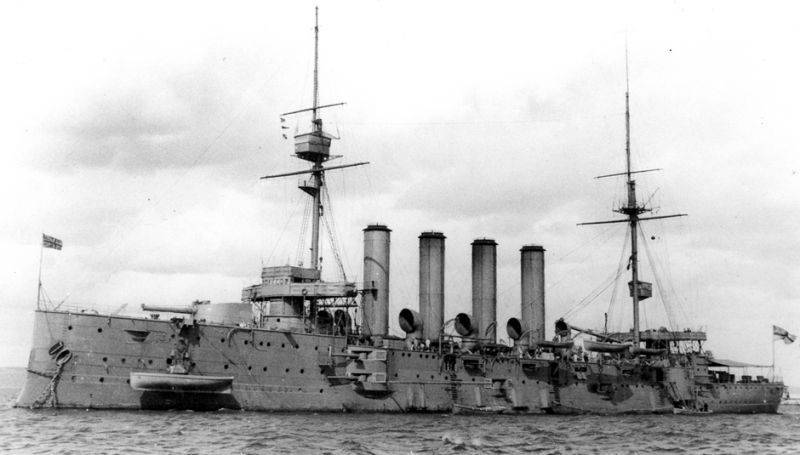 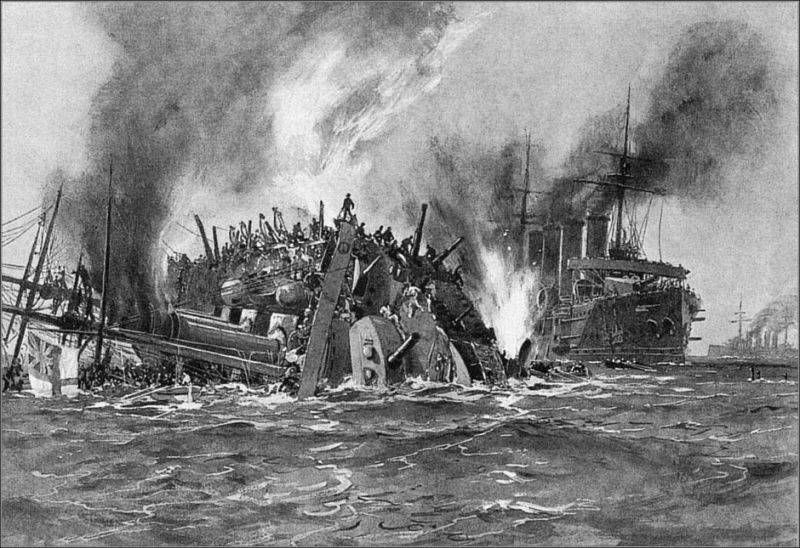 The death of the cruiser "Abukir" and the explosion of the second German torpedo at the side of the "Hoga". 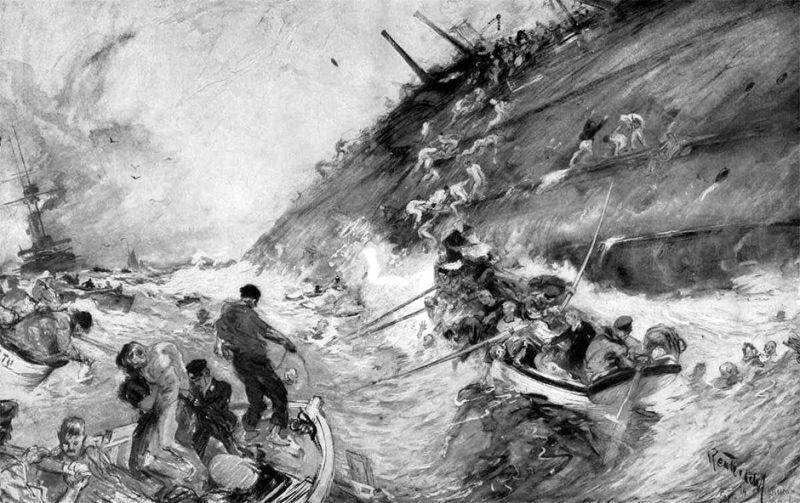 Team "Cress" trying to escape from a sinking ship. 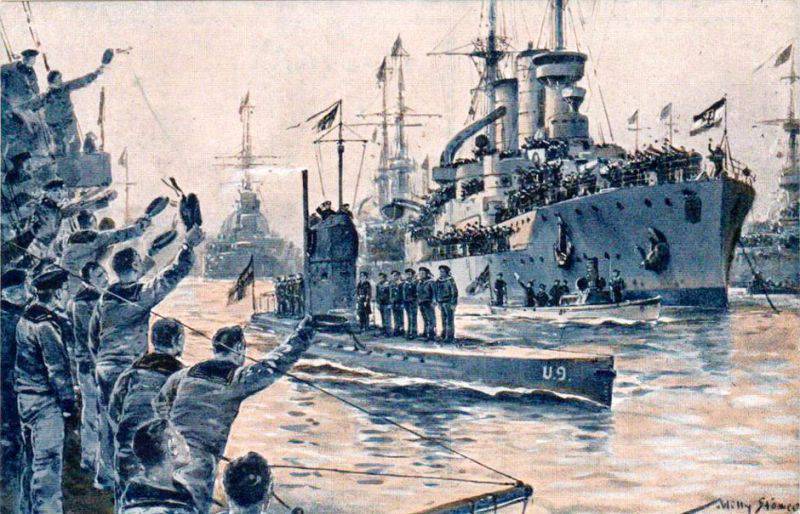 The triumphant return of U-9 to Kiel. 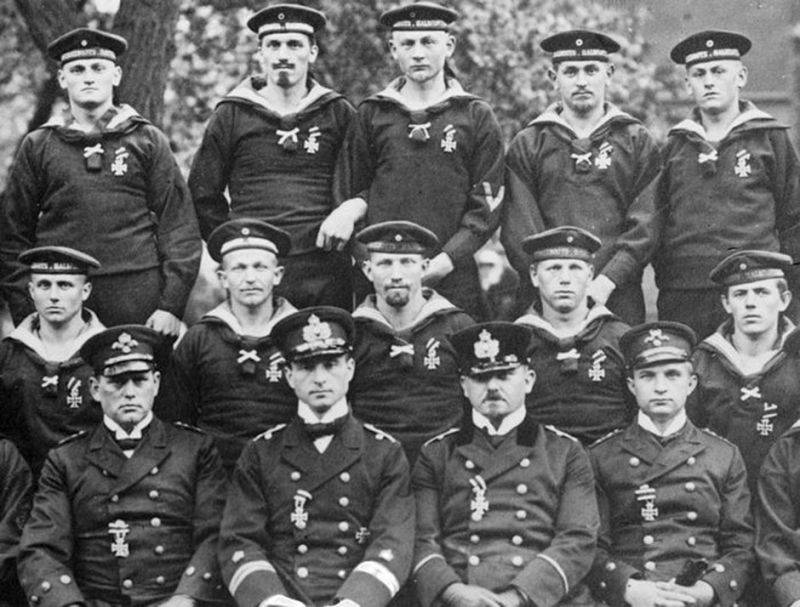 Officers and sailors of the U-9, awarded for the destruction of the three British cruisers Iron Crosses. The second from the left in the first row is the captain of the submarine Otto Weddigen.

Ctrl Enter
Noticed oshЫbku Highlight text and press. Ctrl + Enter
We are
The cruisers of the 68 bis project: the Sverdlov missions in the post-war fleet of the USSR. 3 part"Svetlana". History of creation
Military Reviewin Yandex News
Military Reviewin Google News
32 comments
Information
Dear reader, to leave comments on the publication, you must sign in.