27 September 2015
131
These days, the question of the possible participation of Russian troops in the fighting on the territory of Syria is being actively discussed. If this happens, I would like to understand whether the armored vehicles in the army are ready for the Syrian campaign.


Basis tank The relics of the Russian army are currently T-90A and T-72B3 tanks. These machines are known for their reliability and unpretentiousness. T-90 in export modifications is currently one of the most acquired tanks in the world. The Russian version of the T-90 has a sufficiently effective Shtora-1 optical-electronic suppression system that can neutralize anti-tank missile systems that militants have. However, the "Curtains" are not on the T-72B3. And this can negatively affect the chances of the T-72B3 to survive in battle. 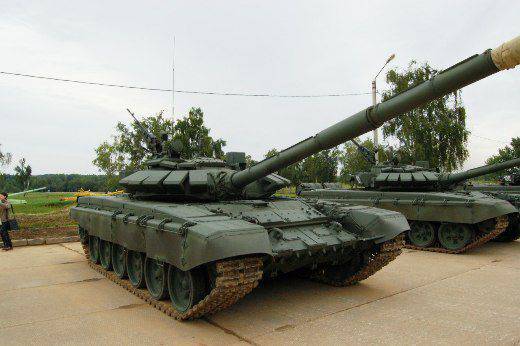 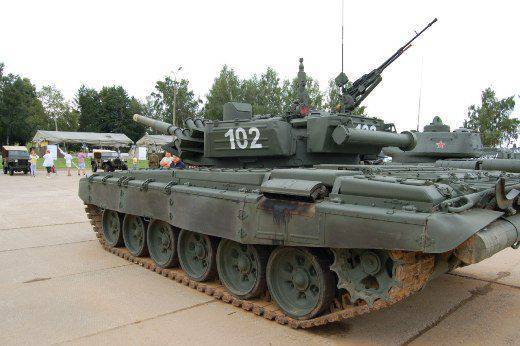 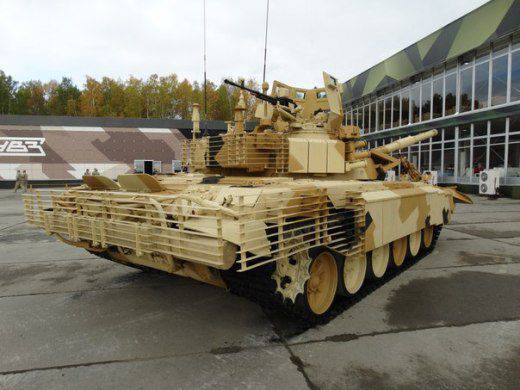 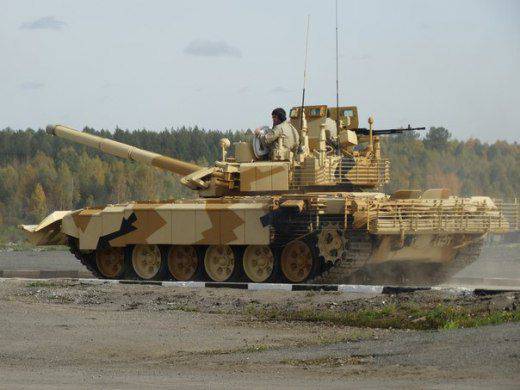 And for the “Syrian mission” they should be like this (photo by D. Peredrienko)

It is worth noting that these combat vehicles in service with the Russian army are made, so to speak, in the configuration for confronting the regular army, and not to formations similar to the ISIL banned in Russia. Both T-90A and T-72B3 are poorly covered from side projections and stern. But the participation of export models T-72 in the Syrian conflict, as well as the fighting in the North Caucasus and Afghanistan have shown that domestic tanks, as a rule, were hit in the air and in the rear.

At the RAE-2015 exhibition, a modification of the T-72 with a set of defenses for fighting in the city was shown. A number of measures have been taken to neutralize the anti-tank weapons that attack the vulnerable places, in particular, the sides of the vehicle are covered with a set of modular dynamic protection screens. They are installed both on the hull and on the tower. The back of the hull and the tower is also covered with special lattice screens. 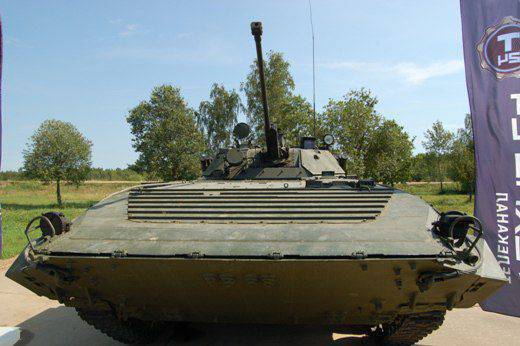 The same goes for BMP. Technique available in troops is very vulnerable 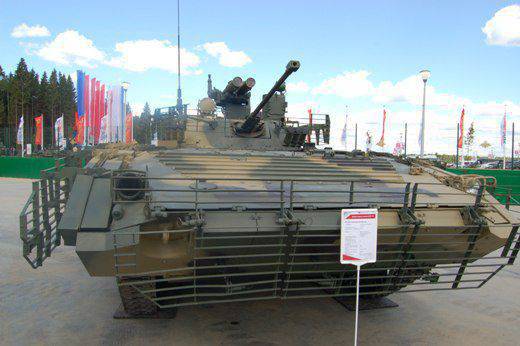 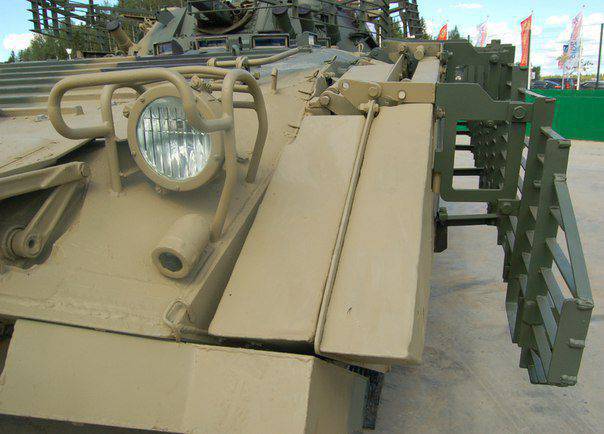 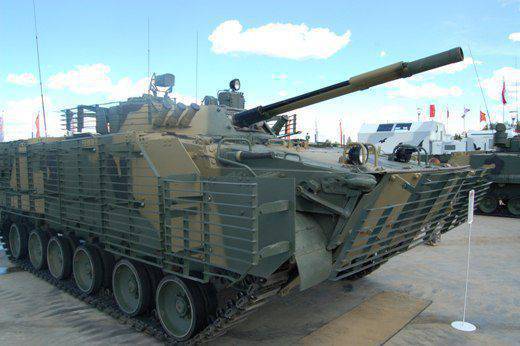 Modern variants of additional protection for BMP-2 and BMP-3 have been created in Russia
This upgraded T-72 was first shown two years ago, but no information has yet been received that the Russian army is purchasing such protective kits. The same applies to the installation of special equipment on combat vehicles to suppress radio control channels of explosive devices and neutralize anti-tank mines with magnetic fuses. These developments can significantly increase the survival of T-90A and T-72B3. No on our serial tanks and satellite navigation systems, identification systems. This is not a trifle either.

If we talk about light armored vehicles, armored personnel carriers and infantry fighting vehicles, it is even worse adapted to such a counter-terrorist operation. Again, it is worth mentioning that the military-technical forum "Army-2015" demonstrated samples of the modernization of the BTR-80, BMP-2 and BMP-3, on which the defense systems were significantly improved. As already reported by the “Messenger of Mordovia”, a set of lattice screens and armor steel screens developed by the “Steel Research Institute” was installed on the BTR-80. They significantly increase protection against rocket-propelled grenades and against 7,62 mm and 12,7 mm bullets and significantly reduce the chance of armor being breached by grenades. Similar developments are applied on the upgraded BMP-2 and BMP-3. 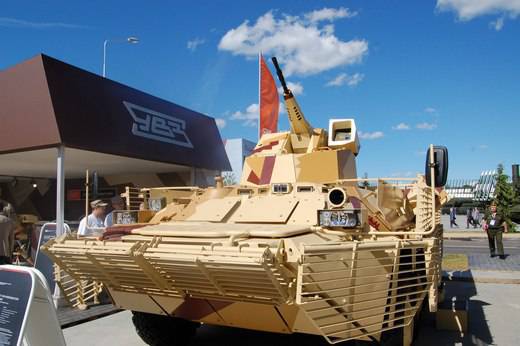 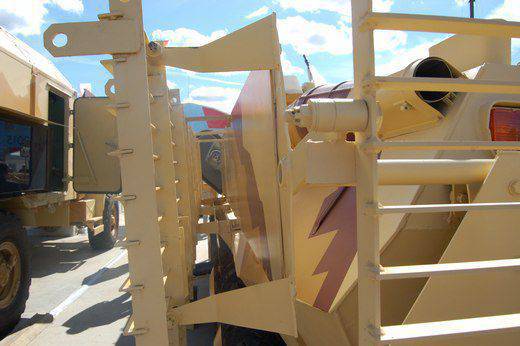 The protection of this BTR-80 has grown significantly compared to the base sample.

I also want to dwell on one moment. Russian T-90CA were supplied to Algeria and Azerbaijan with modern high-performance air conditioning systems. Unfortunately, the tanks that are in service with our army are not equipped with such a system. They are usually not on light armored vehicles.

The Russian military, of course, is prepared to bravely endure hardships and hardships, but still it’s time to provide them with air-conditioned combat vehicles and means of protection, which they didn’t save once again.

Ctrl Enter
Noticed a mistake Highlight text and press. Ctrl + Enter
We are
T-72B3 ... what is this beast? 1 partArmored vehicles of Ukraine: results, potential, prospects ...
131 comment
Information
Dear reader, to leave comments on the publication, you must to register.