24 September 2015
16
In the fall of 2013, reports appeared in the domestic media about the resumption of work on the creation aviation laser complexes. According to press reports, in the near future, the domestic defense industry was supposed to resume the project of a flying laboratory with A-60 laser equipment. The project was to be implemented by the Almaz-Antey Air Defense Concern, Beriev Aircraft Company and the Chemical Automation Design Bureau. Various features and prospects of the project were assessed, but until a certain time there was no official information about the project.


In the spring of 2014, the newspaper Strela, published by the State Design Bureau Almaz-Antey, published the first official information about the new project. It was reported on the completion of some preliminary work on the new project. In particular, by the time the publication appeared, part of the ground bench tests of the new equipment had been performed. In the future, it was supposed to install the necessary equipment at the flying laboratory and begin testing the complex in the air.

Since then, new information about a promising project has not appeared. Nevertheless, a few days ago some data appeared that directly or indirectly told about the current progress of the project of a laser-based air-based complex. Some open resources have published data on current plans and activities of the defense industry. 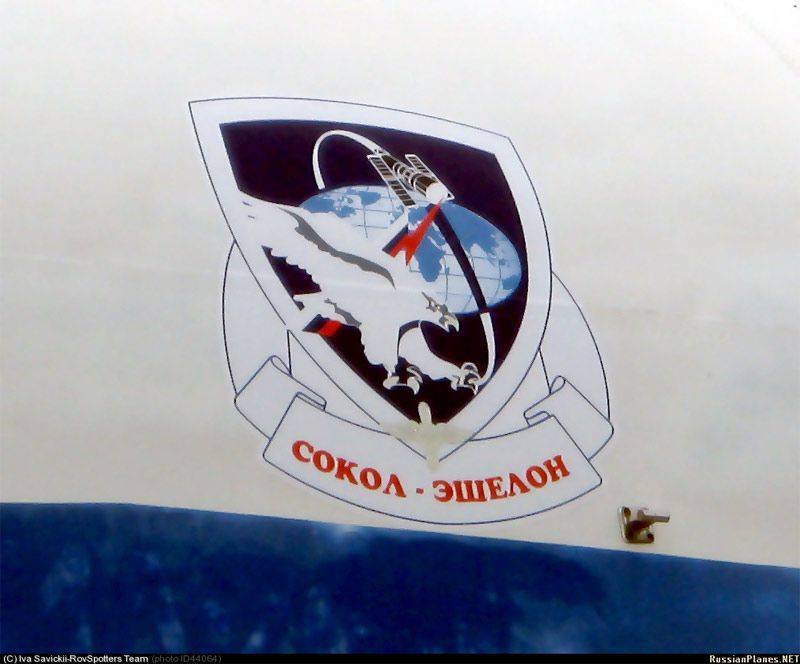 The blog Alexeyvvo.livejournal.com reports that the available information on the production of promising military transport aircraft allows us to build some assumptions about a number of new projects, including the development of a laser complex. Thus, the existing fleet of IL-76MD aircraft makes it possible not to send new IL-76MD-90А to the troops, but to use them as a basis for special equipment. In particular, the first serial IL-76MD-90А with the number 01-03 was transferred to the TANTK them. Gm Beriev, where it should be made the first model of the A-100 “Premier” early warning radar detection and control aircraft.

Earlier on some Internet resources rumors were published about the possible further fate of the second serial IL-76MD-90А with the number 01-04. It was reported that this machine could be transferred not to the military department, but to the Taganrog enterprise for use in a laser complex project. In mid-September, new data appeared, to some extent confirming these rumors.

September 14 TANTK them. Beriev published on the website of public procurement information on his new order. The purchase received the name "Implementation of the stage of an integral part of the development work on the topic" Ergonomic support for the development of the A-60SE aircraft at the ETP stage "and implies entering into a contract with a predetermined supplier.

The very name of the new procurement clearly indicates a project for the implementation of which the TANTK them. Beriev placed an order. The A-60 index was used to designate a flying laboratory with laser equipment, and the letters "SE" are most likely decoded as "Falcon-Echelon". This is the name given to the project of a prospective airborne laser complex.

The available data directly indicate the intention of the industry to build another flying laboratory with special equipment. That it is likely to be used in future trials and other works. It is unlikely that an existing sample will be tested. This machine, which received the designation 1А2, as far as is known, lost some of its special equipment a few years ago. In addition, in recent years, rumors have been circulating about the future write-off of this aircraft due to the use of resources.

Thus, the total number of prototype aircraft that participated in the A-60 project at different times will increase to three, although only one will be able to take part in the tests. Recall that the first prototype under the designation 1А1 was built in 1981 year and passed part of the tests. In 1989, it was lost due to fire. The second 1А2 aircraft first flew into the air and subsequently actively carried out the assigned tasks. In the foreseeable future, there will appear a third experimental aircraft with special equipment of a new type.

According to fragmentary data that does not have official confirmation, the last flights of the 1А2 aircraft were carried out in order to test the new equipment created in the framework of the Sokol-Echelon project. The next prototype, apparently, will receive a new laser equipment. This equipment was previously mentioned in some sources under the name 1ЛК 222. It was this system that featured in the 2013 fall messages of the year. Then it was claimed that part of the work on this project had already been completed and that testing of new systems should begin in the near future.

Thus, information about the project of a promising laser air-based complex is as follows. The completion of some stages of the development of the complex has been confirmed. Also reliably aware of the imminent appearance of a completely new or upgraded flying laboratory. Information about the specific composition of the equipment of this aircraft is not yet available. At the moment, only the designation of the complex is known - 1ЛК222.

Information on the connection of the Il-76MD-90А aircraft No.01-04 and the А-60 project has not yet received official confirmation. This machine can be used in the construction of a new prototype, but we cannot exclude another scenario. At the same time, rumors about the imminent write-off of the flying laboratory 1А2 can, to a certain extent, confirm the assumption of the future fate of the second serial IL-76MD-90А.

Due to the general secrecy, information about the Sokol-Echelon promising project and A-60 aircraft are fragmentary in nature and often do not have official confirmation or are based on rumors and assumptions. Nevertheless, even such unconfirmed data allows you to track the progress of work and draw some conclusions. We will continue to follow the promising domestic project and wait for the defense industry to announce its details of great interest to specialists and the public.

Ctrl Enter
Noticed a mistake Highlight text and press. Ctrl + Enter
We are
Results of GSKB Concern Air Defense "Almaz-Antey" in 2012Sunset era hydroaviation
16 comments
Information
Dear reader, to leave comments on the publication, you must to register.